To the average South Aussie, the word “festival” means more than just a one-day music event with a couple of stages. Instead, festivals are about days on end of extraordinary experiences, joyful reunions and mind-blowing antics.

And we should know. There’s no doubt that Adelaide can put on a festival – it’s been delivering them since 1960.

The Adelaide Festival and Adelaide Fringe, both of which started nearly 60 years ago, are the bedrock institutions of Adelaide’s cultural excess. Our festivals are not an overnight sensation, nor an accidental industry.

Proof of their success can be seen in the $270 million of economic expenditure generated each year by SA’s 11 top festivals. Adelaide Fringe is now the largest arts festival in the Southern Hemisphere, while Writers’ Week is the largest free literary festival in Australia. The sector also employs 850 full-time-equivalent employees, a figure growing at a compound 10 per cent per annum.

However, festivals achieve much more – including emotional and cultural benefits.

Festivals Adelaide commissions artworks and research papers to help us understand the great “shared love” South Australians have for our festival sector.

In “Being Human Amongst Others, The unquantifiable value of festivals” (published by CityMag and InDaily in 2016), Farrin Foster observes: “At their best moments, festivals remind us of what we often forget – that we are human, and that our future is communal.”

She also describes the transformation of Adelaide: “in other cities, there is so much white noise, but Adelaide is different … Even if you don’t go to a festival event or venue, the feeling of being part of something is there – it permeates everything and creates a more wide-reaching collective experience.” 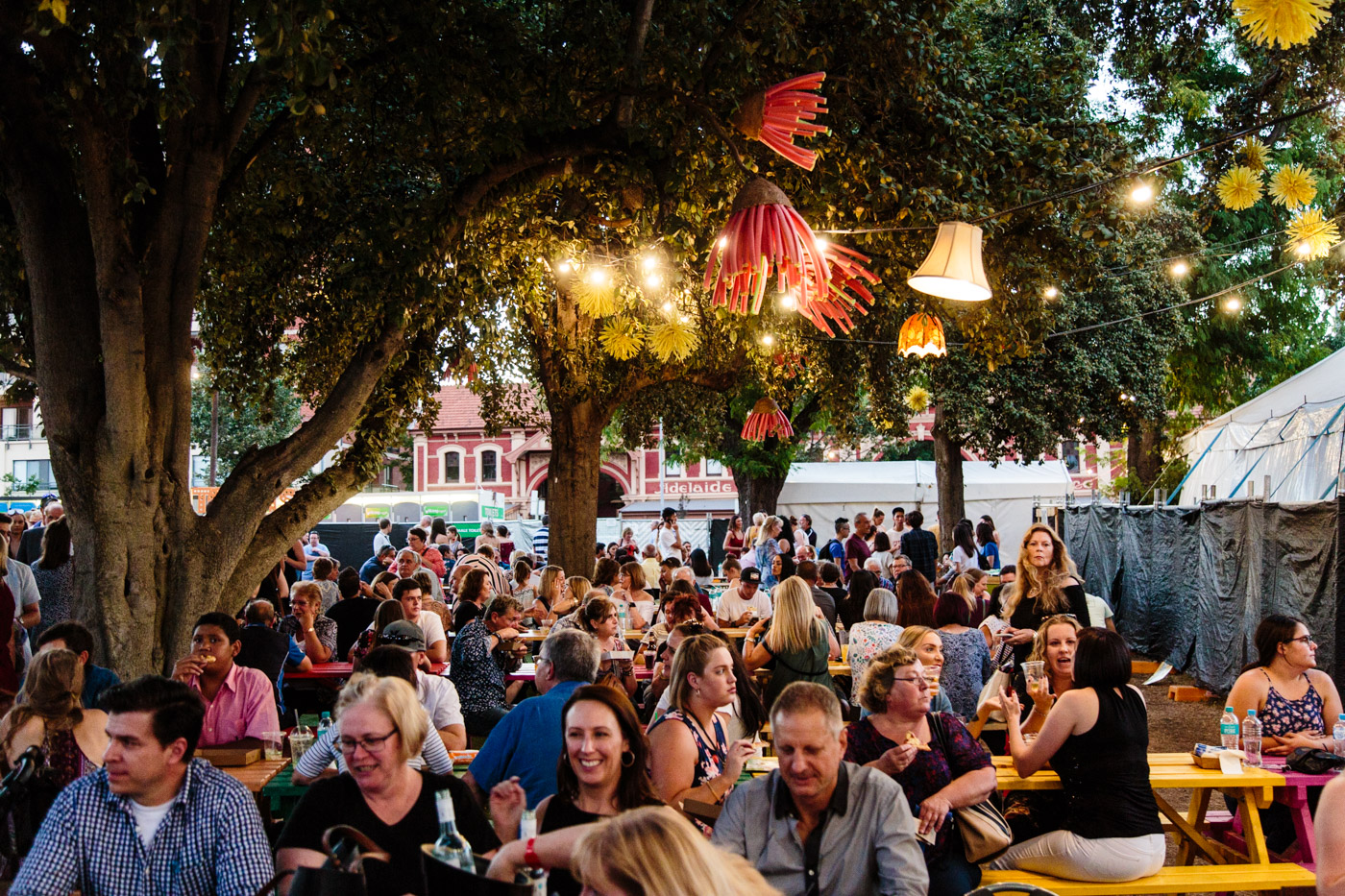 The joy of sharing a magic moment of awe and wonder with a stranger or group of people who have also decided to use their time in the same way – whether that be in a theatre, a tent or along the riverbank – is an extremely uplifting experience.

Heather Croall, CEO of the Adelaide Fringe, says: “I believe that the average Adelaidean is far more cultured than they might even realise. They have been seeing extraordinary works of art for decades and they do it in huge numbers. The Adelaide Fringe sells over 750,000 tickets each year and we are on track to sell a million tickets annually by 2022.”

Almost 50 per cent of all multi-category festival tickets in the nation are sold in Adelaide, according to a report by Live Performance Australia.  More than three-quarters of this figure is attributed to the massive sales at the Adelaide Fringe.

It’s no wonder that we don’t find it necessary to benchmark our festivals against others in Australia. Instead, we look to our competition as coming from the best festival cities in the world, including Edinburgh, Montreal, Austin (Texas) and Krakow.

Ian Scobie, chair of Festivals Adelaide and director of WOMADelaide says: “The great festival cities around the world share some intriguing common factors in that they are easily accessible, they are education hubs, they are not enormous or sprawling cities and their citizens consider themselves ‘creative’.”

Over the years, Adelaide has learnt from other festival cities such as Edinburgh, which hosts the biggest arts festivals in the world with audiences of more than 4.5 million.

We saw how the Edinburgh festival organisers transformed everyday buildings into temporary theatres and event spaces. We also witnessed the rise of Edinburgh Fringe’s “super venues”, which helped inspire Adelaide promoters to go bigger and better with hubs such as Gluttony.

Just as we look to other leading festival cities, they, too, are learning from us. This year, for example, Edinburgh’s City Council is sending the head of its cultural department to Adelaide on a formal exchange with the Adelaide City Council.

There are things we can teach other festival cities through our creative use of outdoor spaces; the accessibility of our festivals for disabled audiences and artists, and our successful Festival Volunteer Network (which currently has around 3000 members).

With nearly a million tickets sold over the summer for the Fringe, Festival and WOMADelaide, there’s another phenomenon at play, and that’s Adelaideans’ hunger to get out and enjoy it all.

Rob Brookman, executive director of the Adelaide Festival, says: “Adelaide’s audiences have, for generations now, been offered some of the most exciting and progressive art in the world and, as a result, have developed a sophisticated and wonderfully inquisitive approach to what they see … no work is too testing for Adelaide.” 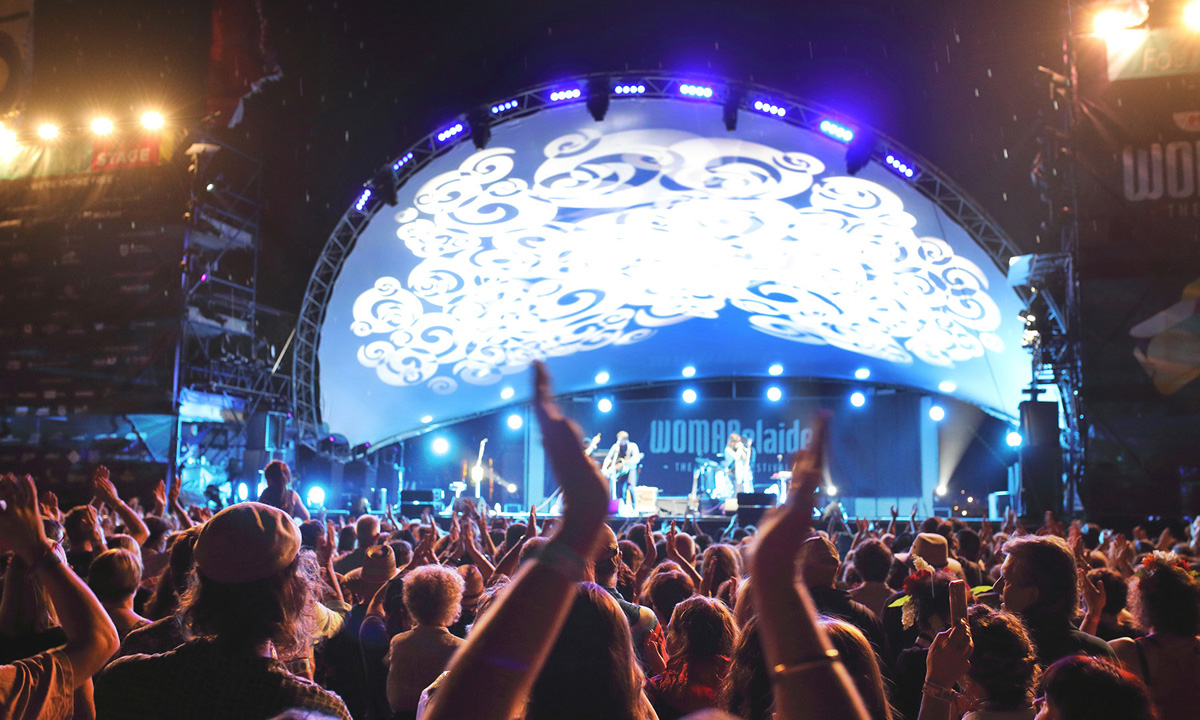 Looking to the future, growth must come from tourism and targeting like-minded culturally open audiences.

Adelaide is not resting on its laurels. We do have lessons to learn from elsewhere.  Take Montreal, which has regenerated its downtown area, integrating purpose-built event spaces in public areas including roads, squares and parks.

For 12 weeks each summer, Montreal pumps with festival activity booming its economy and giving their people plenty to celebrate. The integration of its event spaces with the road and transport network was masterfully planned and had end users in mind.

By embracing festivals through its infrastructure, Montreal has realised its plans of being recognised as a “creative centre”. In recent years, it has attracted more creative companies to the region – such as animation companies, co-working spaces and “making factories” – than any other type of industry.

As we develop our infrastructure in Adelaide and build an Arts Plan into the State Government’s agenda, it is important to consider the way our festivals and cultural organisations can transform spaces and incorporate the basic requirements from the outset.

So, what’s next for Adelaide’s festivals? Apart, that is, from world-class entertainment?

To grow the sector.

Festivals Adelaide is working with our universities to develop clearer pathways for arts-sector employees, with our tourism sector to develop ways to reach to new audiences, and with the start-up sector to bust problems such finding faster and more affordable ways to replenish grass in outdoor festival venues.

It is also working with local artists to support their ambitions and help export their work around the world, and across the Government to ensure the power of the festivals is harnessed by departments to ensure benefits across a range of areas, from health and wellbeing, to employment and the environment.

Like all the best leaders, Adelaide’s festival sector is not afraid of looking and learning but, importantly, it’s also not afraid to hold the reins as a world-leading festival city.