I throw words at the ether, like darts at a board, in the struggle to describe Philip White.

Wine writer is the tip of the iceberg.

National editor of the influential Wine State magazine in its early days.

Poet – Lawrence Ferlinghetti, a New York beat star who visited Adelaide in the 1970s, heard Whitey recite poems in a bar and told observers to watch out because he’d be the next ‘Big Thing’ in Australia.

Adventures, derring-do, multiple bouts of random fisticuffs, 200km-an-hour-plus highway speeding in motorcycles and cars that would land him in jail these days.

There are many deviations.

One of them being that Whitey voluntarily gave up driving “in about 1989”, despite his deep love of motoring and exotic vehicles. “I knew I was a danger.”

But clues may also be in the sly asides, the throwaways at the end of one of Whitey’s epics. Most of us – even the most driven and successful – have downtime. Dull minutes and days. Whitey seems to have fewer dulls than most.

For example, there is a comic yarn about four “fat, stupid” coppers pouncing on Whitey during his wander through a magic mushroom paddock at Aldgate in the early ’70s. The “mushies were for a sandwich” to be enjoyed during a train trip to visit his brother in Canberra.

It is wickedly funny in a Keystone Cops way, but is also a lesson in recent social history ending on a serious note, with an intriguing series of court cases, legal intrigue and a hefty fine. 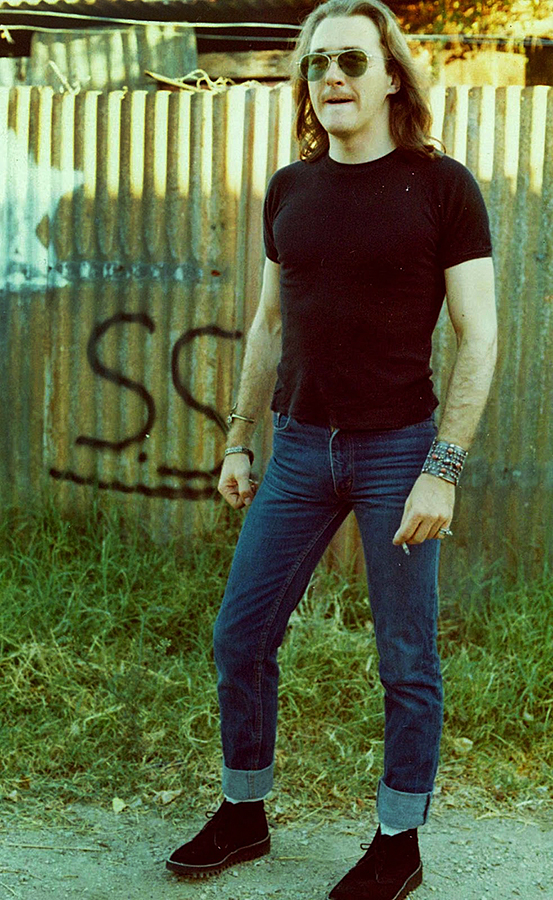 Mesmerising when he gets into his special zone, Whitey often closes with a gem.

As in his tale of the four fat coppers.

“Eventually, I got to Canberra,” he says. “My brother was a garbage collector to the late Sir John Kerr.”

Pause, and a chuckle.

“So somewhere in this house here, I’ve got a box with John Kerr’s toothbrush and aftershave.”

Life in the fast lane has left obvious marks. Whitey admits his brain has been damaged by severe knocks to the head, which number in double figures.

For reasons explained in this forthcoming book, The Whitey Chronicles, Whitey has found himself in a variety of physical fights, mainly in his teens and 20s.

Whitey sees himself as raging with Viking blood.

He can wield a verbal bluntness and bellicosity that scares outsiders, yet almost all assessments of Whitey include the words ‘gentle’ and ‘kind’.

It’s generally accepted that his demeanour is a shield for a soft centre.

While Whitey may have been in a few fights, he is no thug; that part of his life is as incidental as it is complex. He has so much curiosity, such a powerful intellect and the nose of five bloodhounds.

And, for all his physical escapades, everyone close to him agrees he is still capable of extraordinary lucidity. Feats of thunder and lightning oratory, with fireworks dancing.

Once Whitey gets on a big, curling wave, he can hold audiences spellbound with the breadth and depth of his knowledge of our universe.

All said and done, Whitey is best known as a wine writer.

But fellow wine scribe Nick Ryan, who has a wine column in The Australian newspaper, has no doubt who is the pick of the bunch.

“Wine writers see each other a lot and don’t agree on much,” he said.

“The only thing we all agree on is that Whitey is so much better than any of us.

“It must be like Neil Harvey or (Arthur) Lindsay Hassett who played with (Donald) Bradman must have thought: I’m pretty good at this, you know, I’m better at it than most people. But I’ll never be as good as that prick (Whitey).

“That’s what anyone who writes about wine has to acknowledge before they can move on and flourish. Knowing there is a ceiling, and that ceiling is Whitey’s arse.” 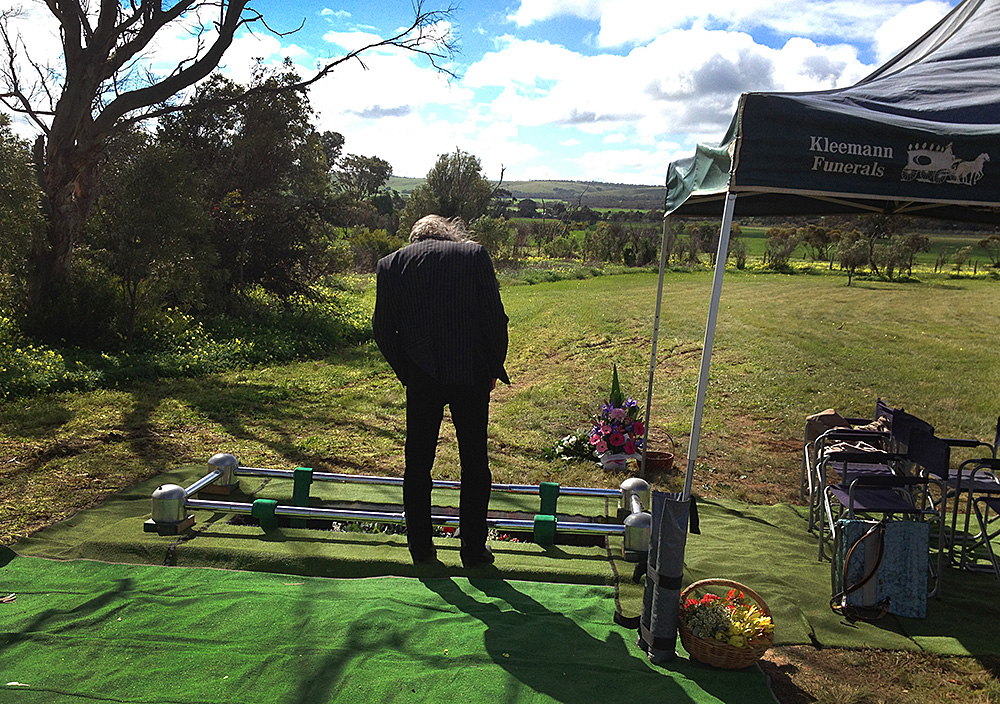 Philip at his father’s funeral in 2013 : Photo © Mick Wordley

There are no cheap and easy routes to measuring Whitey as a human being.

As you trace the ups and downs, just remember the horizon is distant.

Here’s a bloke described as looking like a bikie. Wearing $400 Italian shoes.

But if you want a hint, much will be revealed in Whitey’s revelations about his father Jimmy, a firebrand preacher with a bad case of domestic violence and a vocabulary stoked by the horrific imagery of the Old Testament.

“There was a while when we weren’t allowed to have clothes with zips or anything too flashy.

“They all had large cars, black ones, American.

“But they would paint the chrome black so it didn’t look too extravagant.

“Dad got involved more and more with hard right-wing Protestantism and somehow linked up with the Reverend Ian Paisley, who slept in the same bed I now sleep in.”

Philip was diagnosed with cancer late last year. He’s had major surgery, is currently having more radiotherapy and is about to start chemotherapy.

Langtons is running an online fundraising auction to help with Philip’s medical and living expenses. Go here to bid. All proceeds will go to Philip.

Robbie Brechin’s book, The Whitey Chronicles, will be published by Wakefield later this year.