When Tony Blair swept British Labour to power for the first time in 18 years, he campaigned to the strains of Irish ‘90s pop group D:Ream’s Things Can Only Get Better. Which, for a while, they did. And then they got worse again. Quite a bit worse.

SA Premier Steven Marshall’s chosen soundtrack for ending a similar stint in Opposition, you’ll recall, wasn’t quite as iconic or forward-looking as “Things Can Only Get Better”.

Instead, he went with a latter-day Killers track, The Man – intended, presumably, to highlight his campaign’s presidential-style swagger.

Thus, when Marshall finally stepped onto the stage before his party faithful, the eyes of the state trained on him via various live feed broadcasts, it was to the strains of Brandon Flowers crooning: “I got gas in the tank, I got money in the bank – I got news for you baby, you’re looking at the man!”

If the song’s haughty bravado made it an odd choice for a party wearily familiar with failure, it’s telling to note that the Killers’ own promo video for the track underlines the irony inherent in the lyrics.

An online review in The Daily Californian puts it thus: “The video is structured around separate montages of different characters all portrayed by the man himself, Brandon Flowers… who spend their days stroking their own egos.

“The characters continue to pursue a reality they desperately try to force into existence [and] fall further and further into denial… there is a darkness to The Man that can’t be heard when listening to the song by itself.”

Indeed, by the song’s final chord, the video’s various fictional protagonists have all hit rock bottom, alone, abandoned and pathetic.

So one can only assume the Libs were using the track for Marshall in a wholly unironic way.

And certainly, the still-fledgling Government, after a year of perceived relative inactivity, did end 2018 on a genuine high – the kind of festive season for which The Killers’ self-important bombast would have seemed genuinely apt.

In the space of a single week, Marshall was celebrating Sanjeev Gupta’s big Whyalla spree, the federal government’s announcement that the national space agency would be headquartered in Adelaide and positive news about something we now apparently call a ‘City Deal’ on a site we apparently now call ‘Lot 14’.

All of this with Marshall being duly credited, despite the fact his government isn’t yet chipping in for much of it at all.

It’s little wonder the prevailing view among the Liberal faithful is that the fledgling Premier has been, as one insider indelicately put it, ‘kissed on the dick’.

Still, there’s gonna be a few changes round here in 2019, not least the extreme likelihood of a new federal government.

If Marshall’s in that glorious political honeymoon phase where all you touch turns gold, his Commonwealth counterpart is in that less envious position whereby seemingly everything he touches turns to a substance far more plentiful yet infinitely less agreeable. 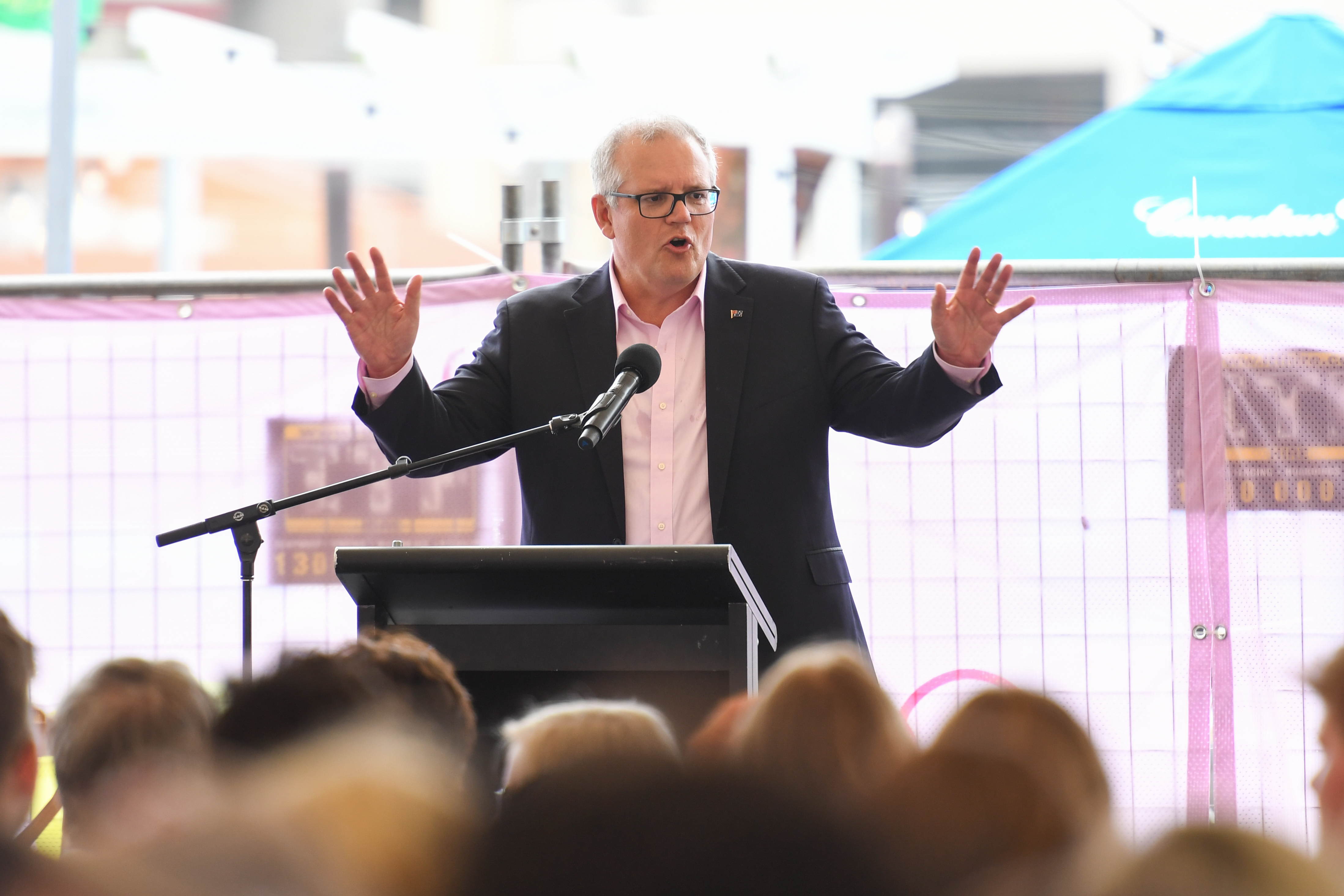 ScoMo and his Coalition honchos have spent the past few days bleating the mantra they evidently believe is an electoral gamechanger: “If you have a go, you’ll get a go”, which actually sounds more like the last line of a disagreement between a couple of surly drunks before they decide to ‘take it outside’.

If you have a go, you’ll get a go – that’s been the Morrison Government’s guarantee since Day 1.

Labor’s plan is to tax you tenfold.

They want to increase tax on your superannuation contributions from 15 % to 30% by lowering the threshold for this tax to $200,000.

Members of the federal Coalition will likely have a long time to ponder their misunderstanding of the tides of recent history, and the folly of the Liberal Right in first undermining, and then ousting, Malcolm Turnbull.

Yes, there are deep pockets of resentment and dissatisfaction throughout the western industrialised world, and these have helped return remarkable and oft-discussed electoral results such as Brexit in the UK and Trump in the US.

But the UK and the US have voluntary voting, which means the key to victory lies in first persuading people to vote at all.

Those who already vote are likely to do so broadly along their regular party lines: the political edge is to be found in igniting the political fringes, and rallying them to your cause.

That could explain why we are seeing such demagoguery in the US of late, both on the far left and far right.

In Australia, where the vote is compulsory, there is little practical benefit in capturing the fringes (unless your name is Pauline Hanson or, indeed, Fraser Anning). The key to forming government in a country where everyone must cast a vote is to appeal to the broadest constituency – and thus capture the centre.

And that’s a knack Marshall possesses instinctively, and moreover ideologically as a small-L lib.

But whether Canberra continues to fund his extended honeymoon with a Labor Prime Minister in the Lodge is a very open proposition.

Still, it’s been a largely hassle-free first year for the Marshall Government (the odd parliamentary mutiny notwithstanding).

Indeed, if your biggest criticism is that you’ve made politics a tad… well, boring, that’s probably a good thing.

But it is. And they have.

Because in essence, the Government hasn’t tried to do anything for which it didn’t already have a mandate. It’s just been slowly but diligently ticking off items on its election pledge-list (or crossing off, as is the case for a handful of key promises).

The Premier and his cohorts have regularly restated their aversion to big government since they finally made their way into office, and the mantra thus far has been “underpromise and overdeliver”.

And yet, I’m quite sure that at some point in Marshall’s four-year term, the era of risk-averse government will stop.

Because after 16 years in the wilderness, no-one in the Liberal ranks is countenancing the prospect of returning to Opposition after a mere term.

When Blair became PM in the UK he governed on the basis of one underlying principle: that his party would never repeat the political mistakes of the 1970s that saw it banished into Opposition in the first place.

Likewise, when Bob Hawke began his reign as PM, there was a well-worn mantra within the ALP that the Whitlam model was never to be repeated.

Incoming governments are wont to have a political touchstone, some cautionary tale whose lessons they hope to heed.

And for Marshall and his team, it is the Baillieu/Napthine administration that presided meekly over Victoria for a single term – a term that now appears doomed to be marked in history’s pages as a mere blip, a minor Liberal interregnum amid decades of otherwise uninterrupted Labor rule. 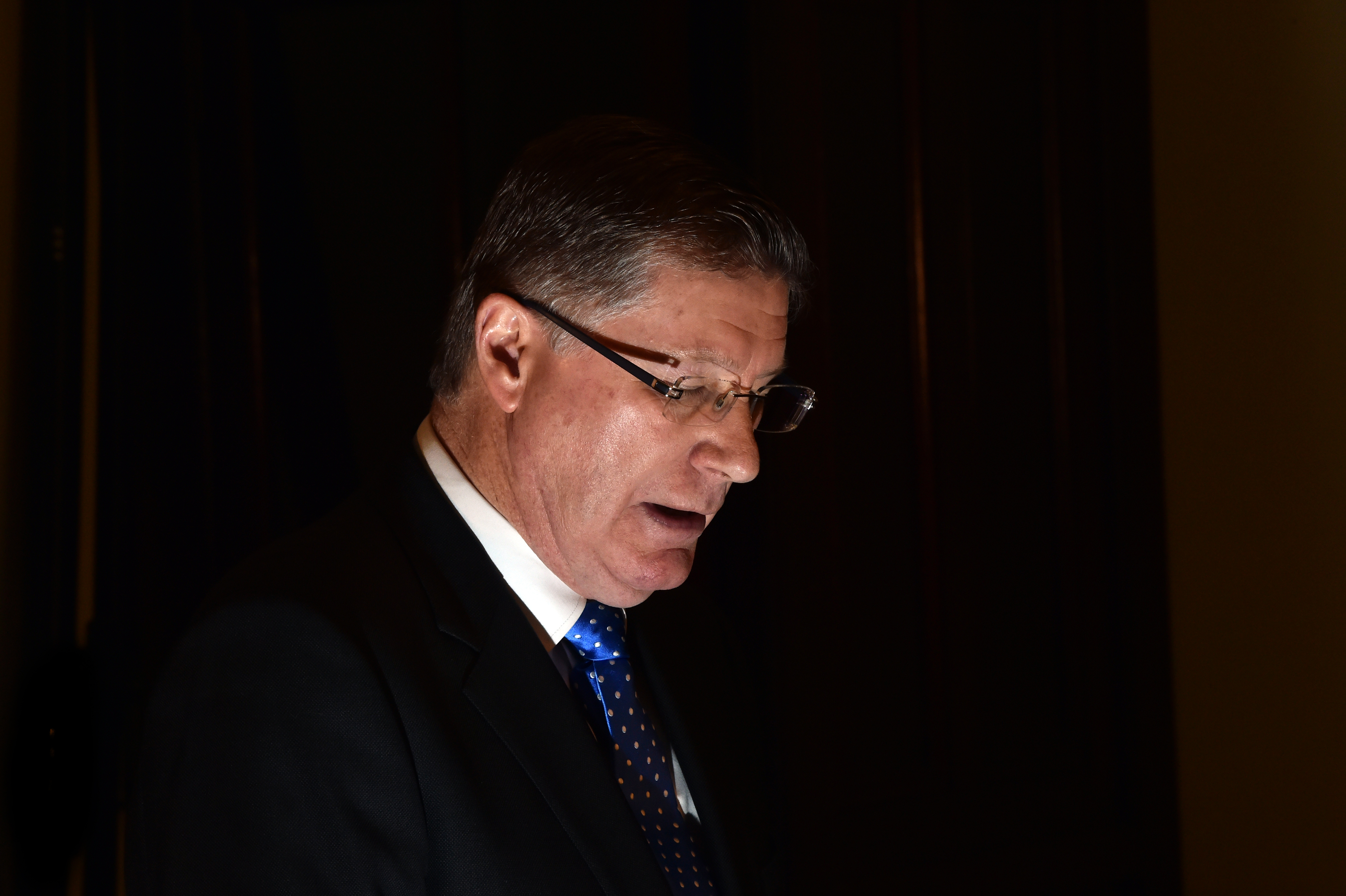 There was palpable disquiet in the SA Liberal ranks after the Napthine government was toppled. It’s not, after all, supposed to be this way.

First-term governments that have broadly managed to avoid major scandal are supposed to be returned, giving them a further four years in which they can actually do things… aren’t they?

Indeed, the theory is well advanced within our local Liberal ranks that the current political environment of social media echo chambers, incessant opinion polls and general short attention spans has helped spawn an era in which not making enough of your time is the surest way to ensure your time is short.

It’s been a little over four years since Napthine conceded defeat to Daniel Andrews. At the time, I recall an SA Liberal strategist privately conceding that we were ushering in an era of one-term state governments.

Late last year, Andrews appeared to put paid to that theory, being returned with a thumping majority.

If Victorian Labor learned from the failures of their political opponents, I suspect the SA Libs have too.

And an internal review of the Baillieu/Napthine era should be (and probably has been) required reading for Marshall’s administration.

The Victorian government of 2010-14 allowed the public service free reign (“The bureaucracy was completely in charge,” lamented one senior minister), with the Liberal Party unprepared for government after 11 years in the wilderness.

Flagship policies were undercooked, and the administration well earned its reputation for doing very little.

Its sales pitch came in for a caning too, with the review noting a dearth of media releases compared to the Labor Opposition, a propensity to “play favourites” with media outlets combined with a general aloofness to the fourth estate, with a desire to eschew the media cycle morphing into a “general neglect of the importance of communications”.

So if Marshall’s governance style has had a softly-softly feel to it thus far (a “shock-and-snore” strategy, as I like to call it), we can expect things to change. 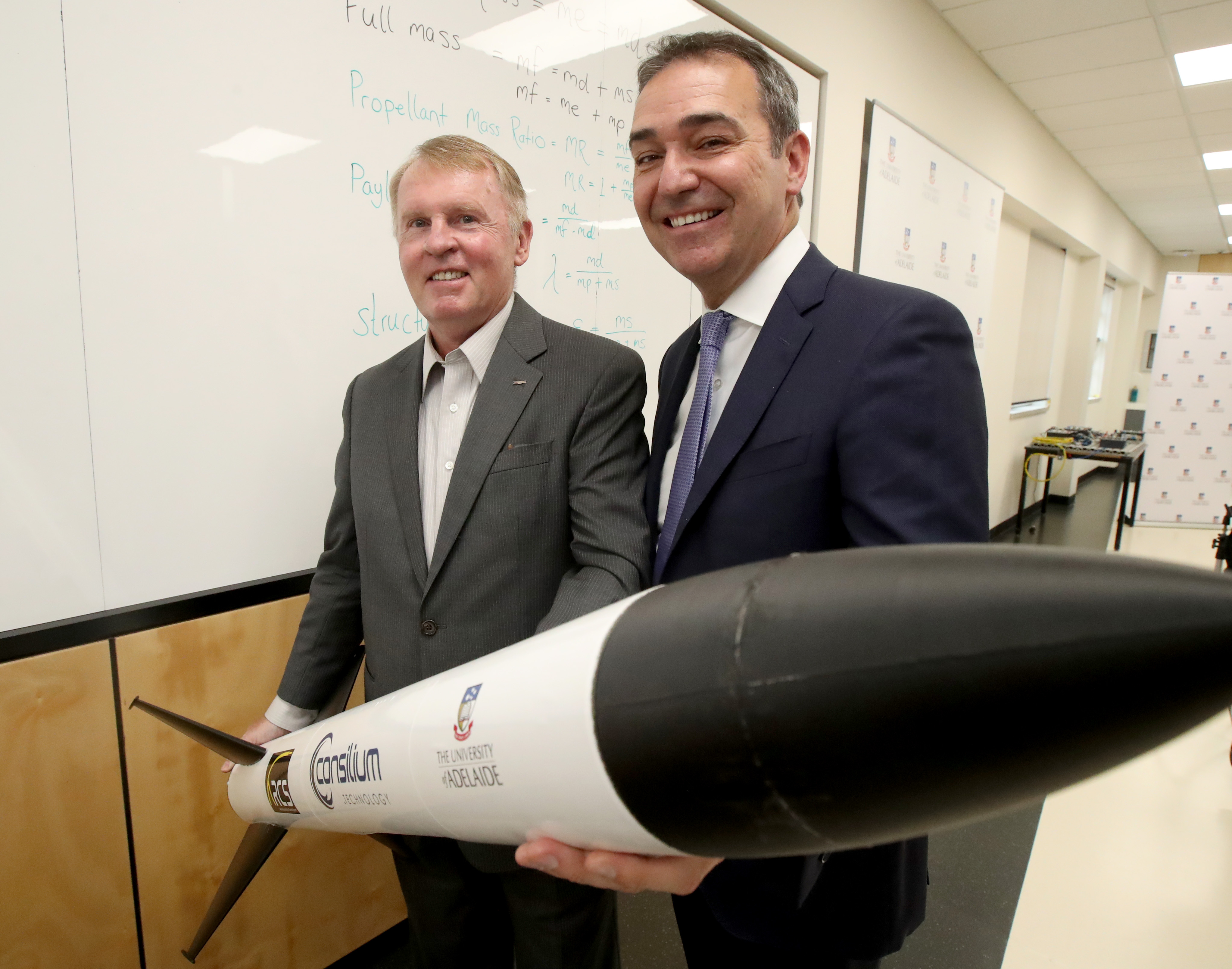 Those in the know are adamant that the lessons of Victoria have been well learned.

Whether it happens in 2019, well that’s another thing – for if there’s one thing of which Marshall has always been cognisant, it’s electoral cycles.

He knows there’s little point enunciating grand plans or media talking points when the political air is thick with the smoke of his federal colleagues burning down their own village.

But at some point after the federal election – and before South Australians again go to the polls – we can expect the era of “underpromising” will follow the Victorian Liberal Party into political oblivion.

Otherwise, as Marshall well knows, the prevailing Liberal mood after March 2022 will be less the lyrical swagger of The Man that soundtracked his last election victory… and more the ironic self-deprecation of the song’s filmclip – the reflective lament of a frontman unable to live up to his own hype.