There were plenty of snakes down in the long grass of organisational politics. None more venomous than when I called out hypocrisy.

The ladders came by hard work and hunches, but I had help. I had four extraordinary teachers. As the academic and school year draws to a close, this story salutes them and their ilk.

As a callow, insecure grade five child, two years into a five-year sentence as a boarder, I lucked-in with a Welsh teacher of English Literature.

Paul Davies (always Mr Davies) would bang his desk in time to the beat of the lines from Tennyson and Yeats, which were broadcast in a loud Welsh accent.

I still remember him reading Tennyson’s ‘The Eagle’, as he walked slowly between the row of desks, each boy watching him nervously as the minute hand of the class clock ticked through treacle to lunch time.

He clasps the crag with crooked hands;

Close to the sun in lonely lands,

Ring’d with the azure world, he stands.

Mr Davies’ lessons were percussive, riveting and a little frightening. He taught that language had cadence and it could be mystical and dangerous. I was hooked.

I went to Kensington Park Adult College for Year 12. It’s not there any more. Pity. It had great teachers.

There was one teacher, a balding, nondescript man, who taught Classical Studies. I will call him ‘Clive’, although that may have been his surname. I enrolled in his subject thinking I’d rather stick a pin in my eye. By Easter, he’d reeled me in. Clive breathed classical Greece and Rome.

Every couple of years, he and his wife toured through the archaeological galleries of Italy, Greece and Turkey. He’d bring back pictures of excavations at Pompeii or of jewelled necklaces worn by noble Roman women.

Clive was a ‘word painter’. As students, we could see the walls of Troy and hear the oars of the Greek battle fleet turn in their rollocks, as they rowed on that ‘wine-dark sea’ to get Helen back.

We rode with Hannibal over the Alps as he vanquished the Roman armies at Lake Trasimene and Cannae. We learned that the Battle of Cannae in 216 BC was an unrivalled slaughter in military history until the Somme, more than 2000 years later.

We stood with the great Germanicus, who in the reign of Tiberius, had to put down a dangerous Roman troop revolt on the north-western frontier. They wanted more pay.

He offered them a load of dodgy promises and in a theatrical flourish, pulled out his sword and proclaimed: “If I’m lying, I’ll kill myself for Rome!” A young soldier walked forward, offered his sword and said: “Use mine. It’s sharper.”

Clive taught us about art and tragedy. He showed us that the lusts and power plays of men and women in the ancient world mirrored those of today. 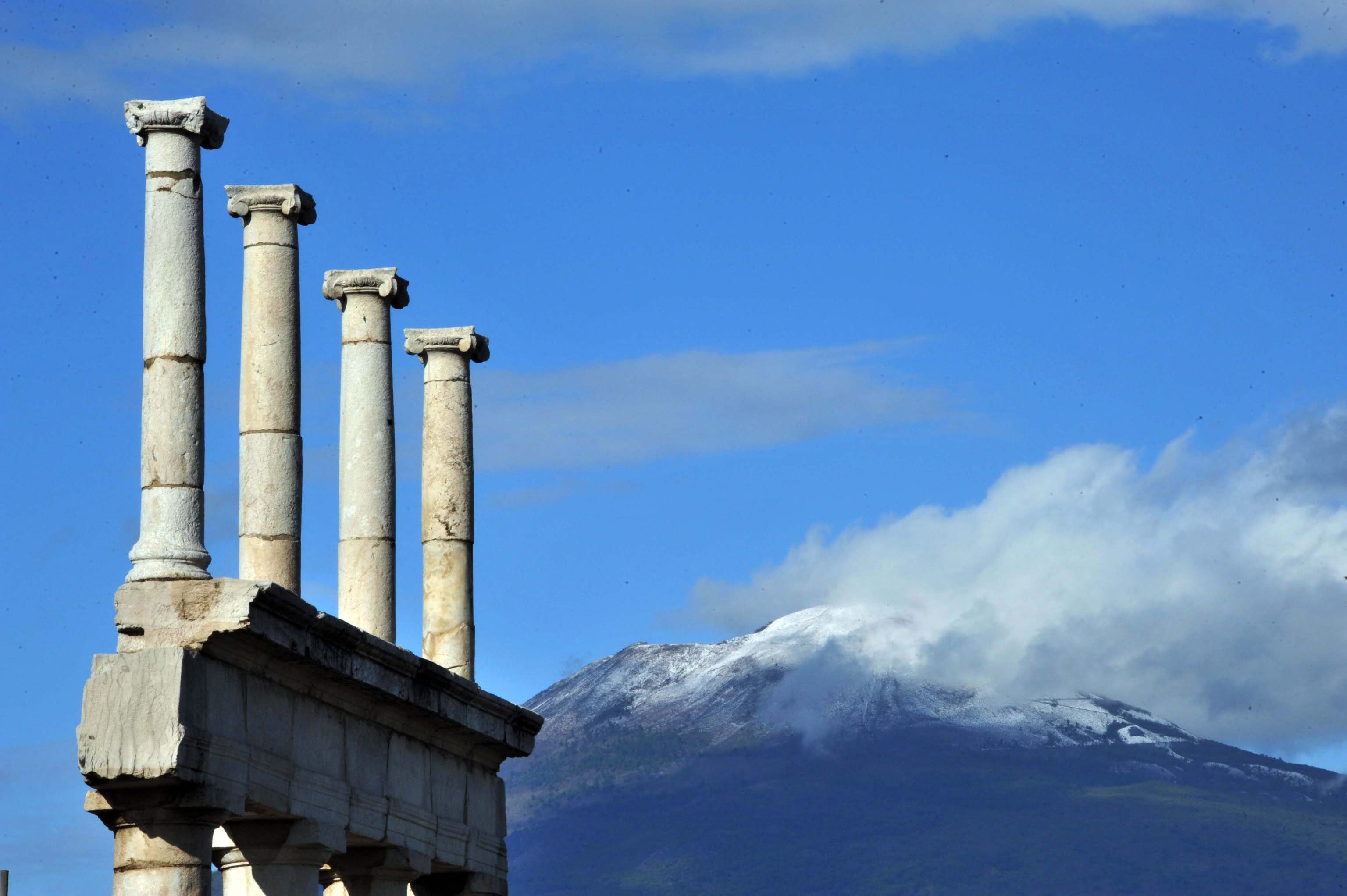 Snow on Mount Vesuvius, seen from the ruins of Pompei. Photo: EPA/Cesare Abbate

Later, at Flinders University, I enrolled in the three disciplines that almost guaranteed you long-term unemployment: political science, English Literature and philosophy. Those subjects became the trinity of my working life.

In the philosophy department, I met a lecturer who was to have a significant influence on me, although I never told him so.

Rodney Allen taught moral philosophy. His classes were challenging. God help you if you came unprepared – unless you could argue that being unprepared gave you an advantage in debate.

Because that’s what we did for two hours. We argued and debated.

Do foetuses have rights? Do dogs think? If they do, so what? What constitutes you, as opposed to being something else? Is democracy really democracy?

There were blazing rows and occasional tears. I soon realised if I was going to get anywhere in life, I had to read, think and argue. Rodney would end a seminar by saying: “If you’re not confused, you’re not thinking.”

I’ve been confused ever since but I have earned some insight into that condition, thanks to his wisdom. Rodney Allen was one of the great teachers of philosophy. He made people think.

They reached down, pulled me on board and, like a crewman on Ulysses’ boat, I set sail with them bound for distant shores.

Sally White ran the journalism program at the Royal Melbourne Institute of Technology (RMIT). She learned reporting from Graham Perkin, editor of The Age in the late 1960s and ’70s.

Sally was tough. I thought I was hot stuff because I’d been to Beijing and published a story in Melbourne on some student protests. (Little did I know that, later, the Chinese government would demonstrate what it thought of student protests and their calls for democracy, at Tiananmen Square.)

Sally White knocked the stuffing out of me and, in doing so, taught me to write simply. She taught me to check the facts and then check them again. She also taught me that I had an ethical responsibility to those I reported on and to the readership.

I don’t know why these teachers entered my life when they did. I was floundering and, being a male in my teens and 20s, I was too proud to ask for help.

They reached down, pulled me on board and like a crewman on Ulysses’ boat, I set sail with them bound for distant shores. When I got off, I never wrote to thank them, until now.

The philosopher Søren Kierkegaard said: “Life can only be understood backwards; yet it is lived forwards.”

Those teachers were passing on to me things they had been taught by their teachers – knowledge they’d gained through conquering adversity and the passionate exploration of their craft or discipline.

Malcolm King is a professional writer who splits his time between Canberra and Adelaide. He is a regular InDaily columnist.