At the unveiling of her official portrait on Wednesday, Julia Gillard said she’d wanted it to reflect that “I was different to every other prime minister who came before me”, and she hoped it would send some messages to the school children who saw it in future years.

Gillard has approached the painting – a large, dramatic close-up of her face – as part of her legacy record, which will always revolve around her as Australia’s first female PM. Beyond that – and I write as someone critical of her government at the time – I suspect she’ll likely be viewed more favourably in retrospect than while in office.

One important initiative she took was highlighted this week: she set up the royal commission into the sexual abuse of children, which led to Monday’s apology to victims. At the ceremony, Gillard was the centre of warm regard.

Judgements about prime ministerial legacies often change as time goes on. The “small stuff” and the mistakes can over-influence the early assessments. With that qualification, what can we say about how the legacies of the three prime ministers of this government will be seen?

Tony Abbott and Malcolm Turnbull will both be condemned for squandering the mandate given to the Coalition in 2013 – Abbott by breaking promises and bad decisions, Turnbull by his flawed 2016 campaign.

Scott Morrison, unless his prayers for a political miracle are answered, will go down as the fireman who arrived late armed only with leaky buckets to confront a building ablaze and collapsing.

Even after all that’s happened and regardless of Morrison’s own pragmatism, the government remains in thrall to revenge and ideology, seemingly unable to rise above either. This is despite the obvious point that the only way of improving its fortunes is to do so. 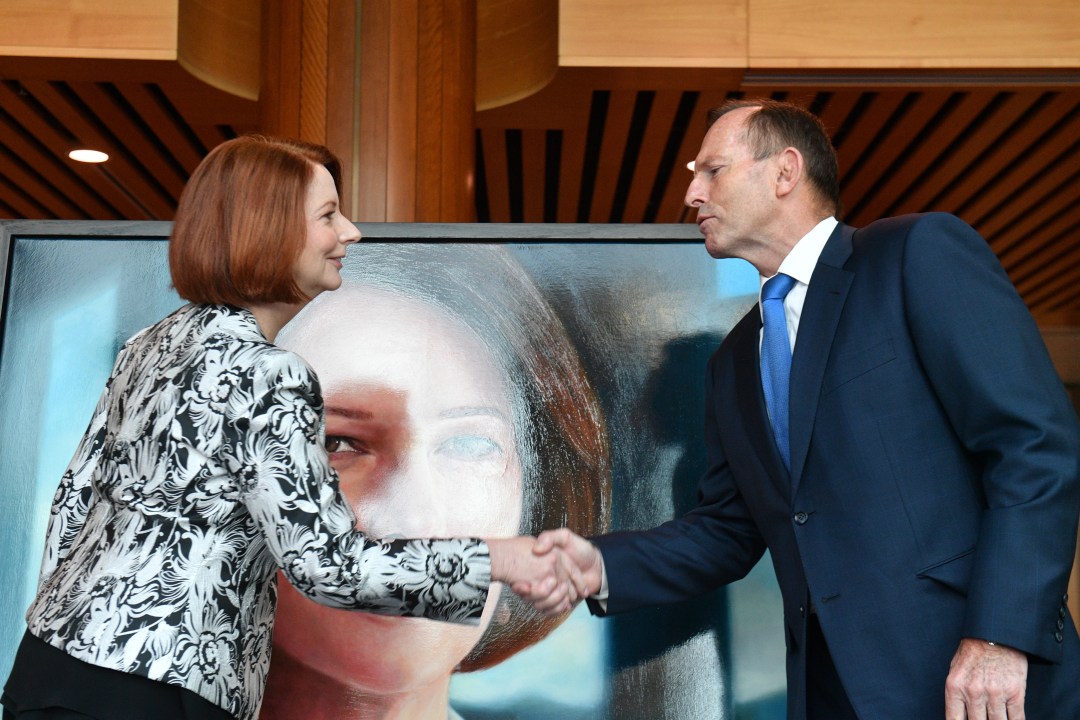 Saturday’s Liberal disaster in Wentworth brought messages that are not being heeded. If anything, the by-election result has reinforced the old schisms.

Take the hoo-ha over Morrison sending Malcolm Turnbull to represent Australia at next week’s conference in Bali on ocean sustainability. Before he was deposed, Turnbull had promised Joko Widodo that he would attend. Morrison, unable or unwilling to go himself, told the Indonesian president Turnbull would keep the appointment.

With their hostility to Turnbull further fuelled by his failure to assist the Wentworth campaign, assorted critics, including Tony Abbott and Barnaby Joyce, have condemned the decision to have the former PM sent to this meeting about the environment.

The critics simply don’t care that a row about whether Turnbull’s services are used just puts disunity on display again – to say nothing of looking petty and embarrassing to the outside world.

This is a minor sideshow, however, compared with the continuing crisis over energy policy.

Wentworth told the government voters care about climate change and want it properly addressed. The right’s argument about the seat not being typical doesn’t negate that fact – it’s a general message, albeit particularly strong from Wentworth.

Yet the government continued to display its tin ear, with its one-sided policy that fails to properly integrate emissions reduction into a broad approach on energy.

Morrison and minister Angus Taylor announced, or rather re-announced, their “big stick” measures to force power companies to lower prices, including threatening to break up recalcitrants. As well, they’re on the look out for a new coal-fired power plant to underwrite, undeterred by experts’ scepticism.

They’re deaf to the plea from a diverse group of stakeholders who in a joint statement called “on all sides of politics to deliver stable policy and investment certainty by addressing all parts of the energy trilemma – cost, reliability and emissions reduction.”

The government’s ragged edges are obvious on multiple fronts.

When he reshuffled the ministry after becoming leader, Morrison split energy and environment, giving the latter to West Australian Melissa Price. Over the past fortnight Price’s weakness as a performer has been exposed in parliament.

Although the issue she’s been pursued on – an alleged (but disputed) crass remark to the former president of Kiribati – is unrelated to emissions reduction policy, it’s obvious she’s a soft target for the opposition. Coalition strategists will be anxious to keep her out of head-to-head election debates against Labor’s competent climate spokesman, Mark Butler.

The government’s ragged edges are obvious on multiple fronts.

It has sent out conflicting signals this week on whether it is serious about trying to get refugees, especially children, off Nauru, a touchy subject in its own ranks, reflected in an emotional parliamentary speech on Thursday by Liberal MP Julia Banks. 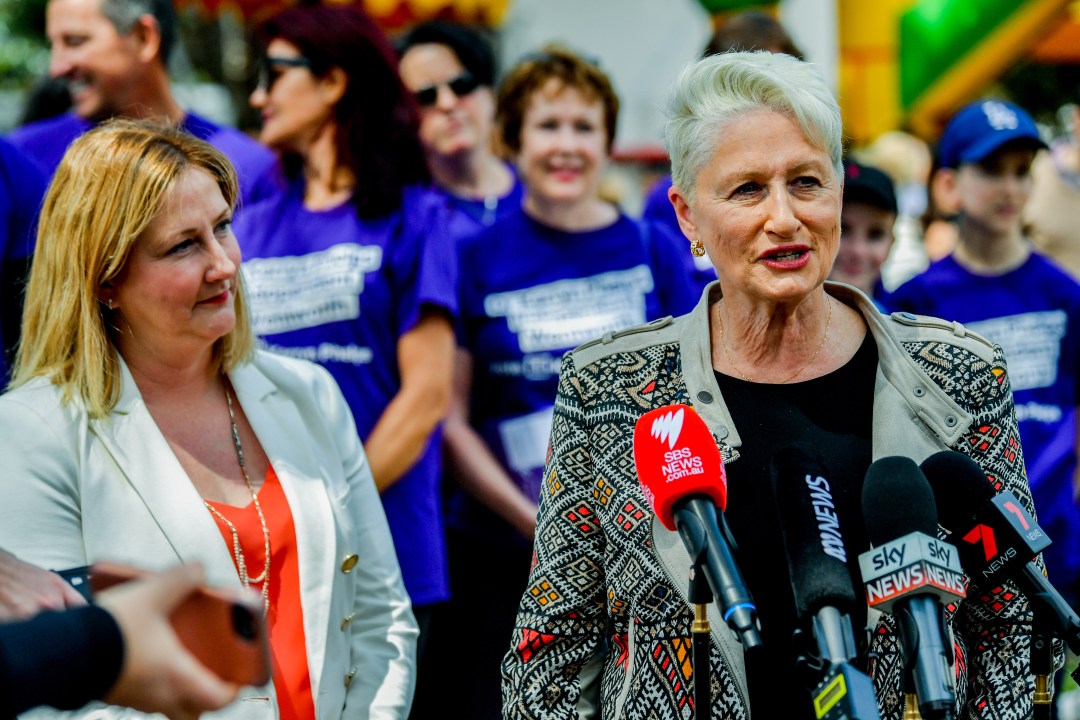 It was unable to finalize a deal with Labor to bring in legislation to scrap discrimination against gay students – which it had promised this sitting fortnight. Something that should have been simple became complicated; anyway, by this week Morrison had noticeably lost his earlier pre-Wentworth sense of urgency.

Meanwhile, evidence to Senate estimates hearings exposed the haste around last week’s announcement, also directed at Wentworth, that Australia would consider moving its embassy to Jerusalem. Foreign Minister Marise Payne admitted the proposal was first discussed with her on the Sunday before the Tuesday announcement.

Morrison dismisses anything about process as just reflecting “the Canberra bubble”. But process matters for good governance – and at the moment it’s decidedly slapdash.

On Thursday Kerryn Phelps, new independent member for Wentworth, was in Canberra. Phelps has yet to be sworn in but her presence was a reminder that things will just become more fraught for the government in the hung parliament.