In the beginning, God created Brownhill Creek. It ran past my backyard in Goodwood and its banks were chock full of bamboo, cumquats, apricots and wild fig trees.

In 1965, my job as a blond, snotty-nosed street ‘gangster’, was to protect the land from migrant Italian kids. We called it ‘The Land’ to signify possession. I was seven years old.

Since the 1950s, thousands of migrants had arrived in Adelaide’s southern suburbs from Latvia, Greece and Italy.

They were called ‘New Australians’ but to us, they were Balts, Wogs and Dagoes.

While adult migrants encountered racism, they worked hard, started their own businesses and their optimism earned respect. Unfortunately, their kids encountered us.

We singled out the Italian kids because, so we thought, their parents had fought with the Germans. Our history came from TV shows and movies such as Combat, The Great Escape and the Guns of Navarone.

In truth, the Greek kids fought like demons and the Latvian kids looked like us, so we left both alone.

I was proud that two uncles had flown in Lancaster bombers in the RAF. But I had a secret. On the German side of my family, a relative had flown in the Luftwaffe. Such was the madness of war.

I was a toddler when we fled from Swan Hill to my grandparent’s two-bedroom house on Victoria Street in Goodwood. My farmer father had hit the piss and started beating up Mum.

We never saw Dad again. Mum told the neighbours he died. It was easier for a woman with a kid back then to avoid stigma if she was a widow. The war had left so many of them.

There was plenty of racial prejudice back then but it wasn’t amped up like today.

Goodwood’s social world in 1965 bore little resemblance to today. Children played where they liked. Evening meals were chops or sausages or pies with boiled vegetables and potatoes. We ate tripe (boiled pigs’ guts in milk and parsley) and rabbit stew.

I was sometimes hungry at night and would steal out and eat apricots from the vacant block. I’d see other kids scoffing cumquats in the dark. We never spoke.

Some Mums cared for invalid grandfathers, who had been shelled or gassed in the Great War. The old men lived in back bedrooms that smelt of piss, reliving the mustard gas attacks at Passchendaele.

Our street gang consisted of about 30 boys and a few girls. Our weapons were bamboo canes, bows and arrows (made of bamboo), slingshots, spears and rocks.

We patrolled in small gangs and when we found a group of Italian kids, we set upon them with a ferocity that only children and psychopaths know.

There were large ‘battles’ too. Up to 40 Italian and Australian kids aged between 7 and 10 would gather on vacant land by the railway tracks. The insults and rocks would fly before charging at each other with bamboo sticks raised high.

Both sides had honour codes. A child crying on the ground was safe. If someone yelled ‘barleys’ or put their hands in the air, they were not attacked. A child who yelled ‘barleys’ and then continued to fight was beaten to a pulp.

The parents of both nationalities were appalled. We were grounded. The police were called. Our names were taken. We were sent to bed without dinner. We didn’t care and neither did the Italian kids. We’d gotten a taste of violence and liked it.

It must have been September as the Royal Show was on at Wayville. I could almost smell the Dagwood Dogs and fairy floss when something very odd happened.

One of the Italian families invited me for dinner. Mum showed me the card. She couldn’t ignore it. A written invitation had gravitas.

I trudged down Victoria Street like a boy walking to his execution. I knocked on the flyscreen door and was confronted by George, my mortal enemy, and his two younger brothers.

One of them drew a finger across his throat and led me to the kitchen. The whole family was there: father, mother, grandma dressed in black (who I mercilessly taunted in the street), an uncle and two cousins.

The steaming spaghetti bolognaise was served on large plates. We said grace and everyone got stuck in. Everyone except me. I didn’t know how to eat it. At home, I speared food with my fork and used the knife as a shredder.

They made jokes about Skippy having short arms. Grandma reached over the table and twirled the spaghetti and sauce in a spoon and rammed it into my mouth. The family fell about laughing. The food was so delicious and I was ravenous.

They treated me as a guest but didn’t pay me undue attention. A couple of hours later, I was sent home with a large slice of Tiramisu cake wrapped in greaseproof paper (Glad Wrap wasn’t launched in Australia until the following year). 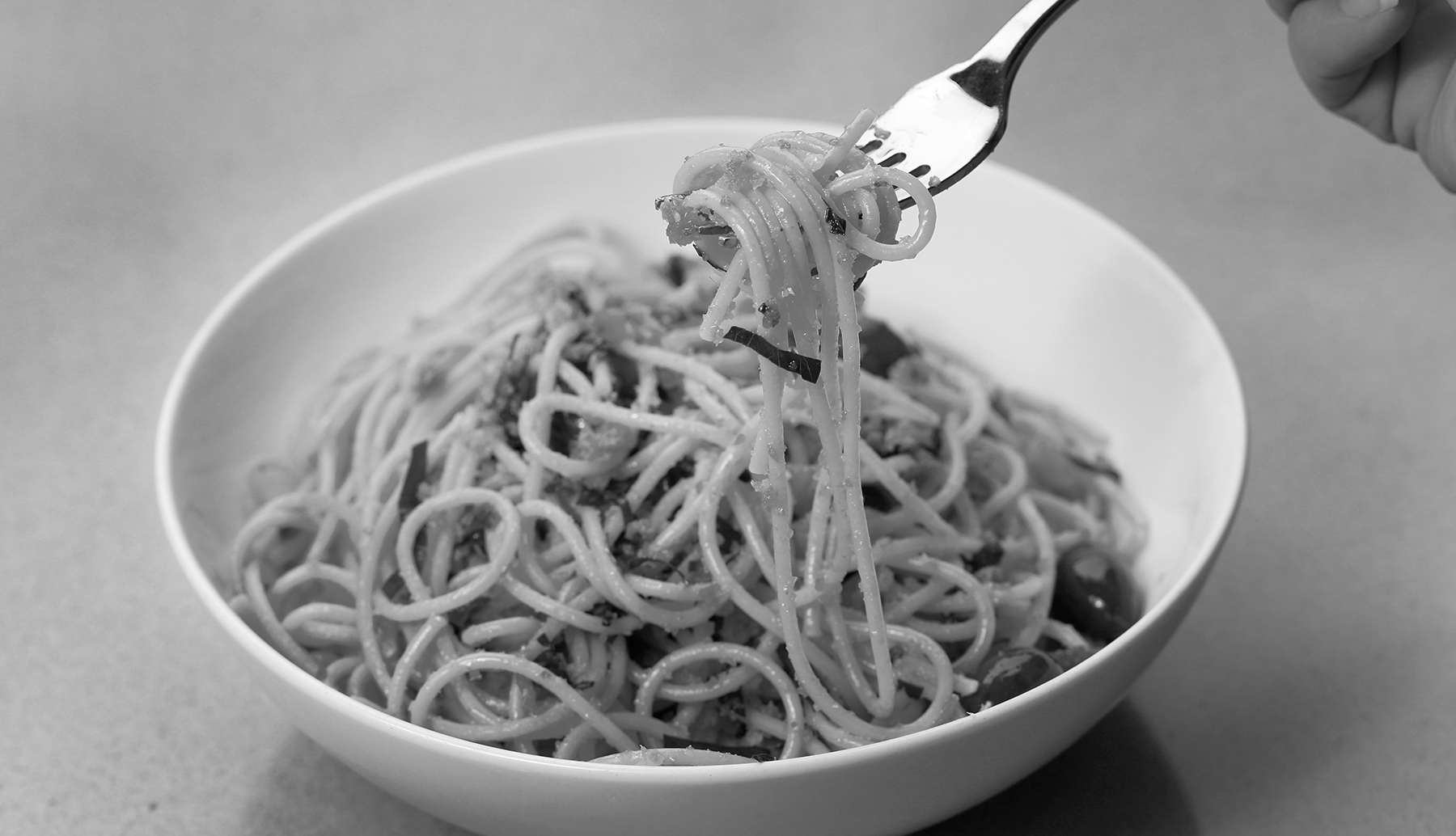 “Grandma reached over the table and twirled the spaghetti and sauce in a spoon and rammed it into my mouth.” Photo: Tony Lewis/InDaily

I discovered later that other gang kids had been invited to dinner in the homes of the ‘New Australians’. As I waddled home, I realised that it was impossible to wage war on people who fed you and treated you kindly.

The frequency of the battles and skirmishes fell away. There were still fights but the anger had gone. Besides, a band from Liverpool in England had caught the attention of the older kids.

There was plenty of racial prejudice back then but it wasn’t amped up like today. Inflammatory rhetoric has set Australians against migrants.

Those born during the Great War remembered the tension between the Protestants and the Catholics. If they were alive today, they wouldn’t have tolerated another axe driven deep into the community.

I invited George and some of the Italian kids to our backyard for Guy Fawkes Night. Their Mums and Dads came too.

It was hot and we drank Bobo Cordial with ice water and woofed down sausage rolls with tomato sauce. As the skyrockets exploded high above the land, all you could hear was laughter.