Voters in Braddon and Longman probably aren’t even aware they could be pivotal to the future of Bill Shorten’s leadership and Anthony Albanese’s ambition.

Only the crazy brave would firmly predict how these knife edge ALP seats, in Tasmania and Queensland respectively, will fall out. And only those closely following politics would fully appreciate how carefully Anthony Albanese, Shorten’s bete noire, has been positioning in the event Labor tanks in them on Saturday.

Albanese’s long-odds chance to lead Labor now rests with circumstances beyond his control – in the first instance, with the decisions of voters more concerned with local health services than a tug of war within the Opposition.

Weeks ago, the aspirant strutted his stuff in his Whitlam oration, arguing Labor needed a better relationship with business and should give more attention to non-unionised workers.

Interestingly Albanese, though from the left, was coming at Shorten from the right. The speech was cleverly drafted; the aim was to send a message but to deliver it subtly enough to minimise accusations he was undermining Shorten.

Albanese has been on the by-election trail and in the media, reminding people of his presence, but equally careful with his words. He’s visited twice each of the four seats Labor holds (the other two are safe contests in Western Australia) in Saturday’s five by-elections.

Behind the scenes, there have been quiet preparations and assessments of potential support by the Albanese forces, in the event opportunity comes. Albanese backers – who include members of a divided NSW right faction – are confident the “anti-coup” protections Kevin Rudd put in place can be swept aside if the numbers are there for change.

But only a limited amount could be done. Albanese has had to avoid overstepping a line marked “disloyalty”. On Thursday he flatly ruled out challenging Shorten (a pledge to be regarded with scepticism – for example, would a delegation be regarded as a “challenge”?).

A deposed Shorten, to say nothing of some of his union allies, could behave badly.

Caucus members don’t want a return to those horror days, in government, when Julia Gillard knifed Rudd and he speared her. Albanese supporters, however, look to an earlier precedent: Rudd’s overthrow of Kim Beazley when Labor was in Opposition.

That was the ALP taking out “insurance” for a win. On the polls, Labor is headed for victory at next year’s election. But the numbers have tightened, Malcolm Turnbull’s performance has improved, and Shorten’s deep unpopularity has become an increasing concern for the party. Some in caucus would see a move to Albanese as today’s “insurance”. But the questions are: is this judgement correct, and how costly would the premium be?

Hardline advocates of a change would say that even if Shorten retains Braddon and Longman, the size of his margin will be important. On this argument, by-elections normally see a solid anti-government swing, so wins by a sliver wouldn’t cut it.

This, in my view, is raising the bar ridiculously high, especially since Labor grabbed Longman in 2016 on One Nation preferences, which it isn’t getting this time. Two wins, whatever the margin, and those flirting with the thought of a leadership switch should recognise reality and get behind Shorten.

There’s little doubt a double loss would take Shorten into a period of upheaval that could end in his downfall. The alternative would be an impasse that saw Shorten survive with gaping wounds – a gift to Turnbull.

One by-election loss, and there would much instability.

In either event, Labor “talking heads” would be everywhere, division on display, and the party atmosphere tense ahead of parliament resuming mid-August.

In any consideration of a leadership change, Labor would have to weigh the “transactional” costs. Moving from Beazley to Rudd was helped by Beazley behaving well after he was ousted, and by Rudd (in those days) being a popular breath of fresh air.

A deposed Shorten, to say nothing of some of his union allies, could behave badly. And while the personable Albanese, with his laid-back style, looks good by comparison with Shorten at the moment, he could become vulnerable as the Liberals dug into his political past, with some tough left positions. The thing about putsches is that a party can never be sure beforehand whether it will ultimately be better or worse off. 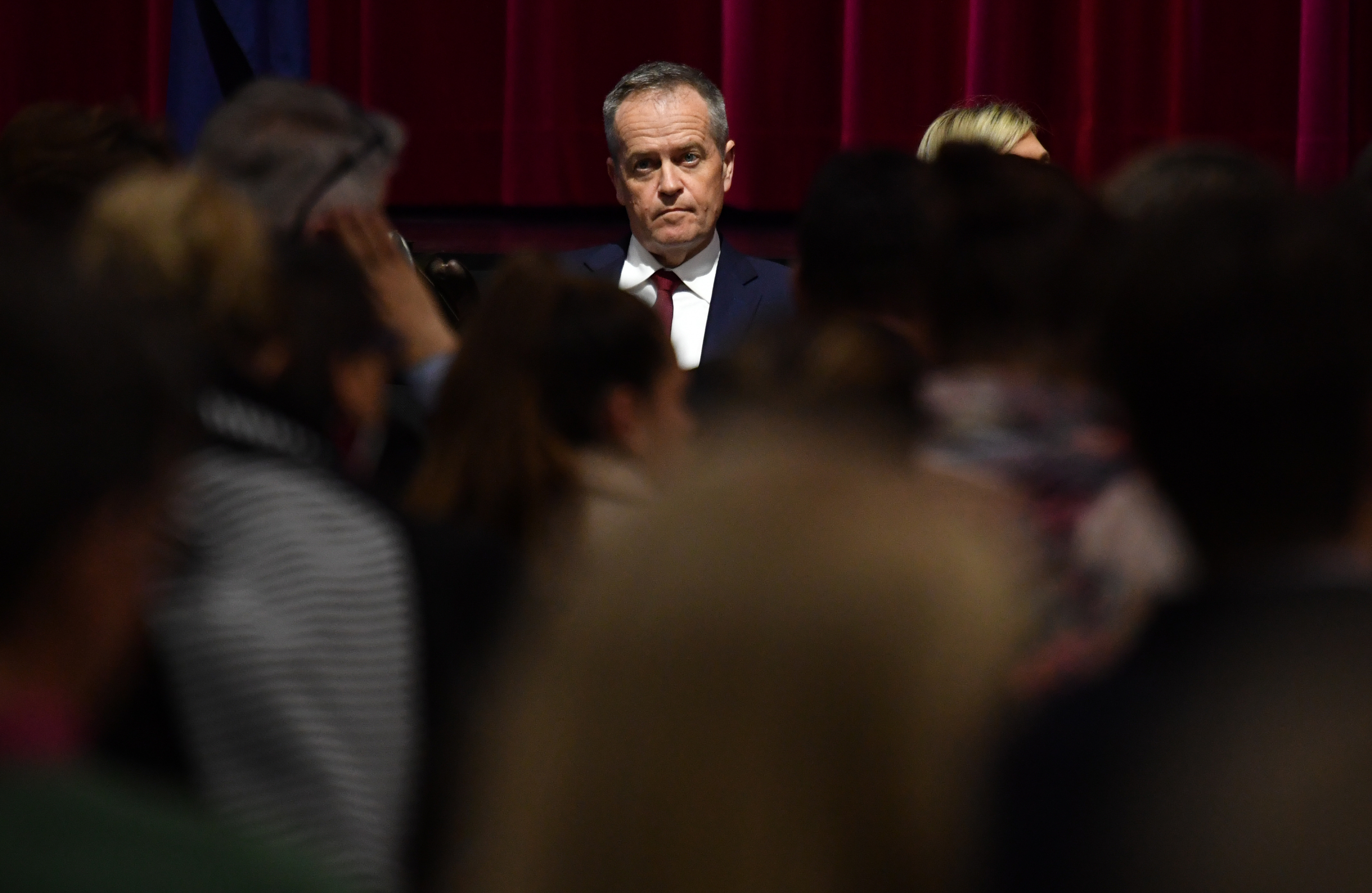 Having such a long byelection campaign (more than two months) was initially seen as a strike against Labor, which also had to postpone its national conference. If the ALP holds Braddon and Longman, however, the time will have worked in its favour.

As of Thursday Shorten had made (from early May) seven visits over nine days to Longman and eight visits over 11 days to Braddon.

If Shorten comes out of Super Saturday unscathed, or even enhanced, he should temper his elation and relief with self-appraisal, because complacency would be a risk.

After all, it was complacency – about Labor having proper citizenship checks in place – that led to the byelections in these two seats in the first place (as well as in its seat of Fremantle).

Meanwhile, post Saturday Shorten will have a big problem in another marginal seat that will need resolution. The scandal surrounding Emma Husar, Labor member for Lindsay (NSW), who is accused of misusing and bullying staff, is being investigated by the party. Claims of bad behaviour keep flowing into the media.

Lindsay is ultra-vulnerable. The party needs to wrap up its inquiry ASAP; if its findings are against Husar her preselection should be withdrawn. But the last thing the ALP would want is another byelection, so she’d have to stay until the election – a messy scenario with a replacement candidate campaigning. If the party verdict is in Husar’s favour and it sticks with her, she’d still go into the election with immense baggage.

While all the attention is on Shorten, what are the consequences for Turnbull if he does badly on Super Saturday – failing in Braddon and Longman as well as in Mayo (South Australia) where crossbencher Rebekha Sharkie (also a citizenship casualty) is expected to hold off the challenge from the Liberals’ Georgina Downer?

It would be a setback for him, reinforcing the polls’ message that Labor remains favourite for the 2019 election. The government’s noisy conservative wing would become more assertive. But the outcome would be unlikely to trouble his grip on the leadership. The Liberals do not have an alternative who is hungry for Turnbull’s job right now, in the way Albanese is for Shorten’s.