More than two decades ago Alexander Downer stood aside as Opposition Leader for John Howard, paving the way for the 1996 Coalition election win. This week Howard was in Mayo, his former foreign minister’s one-time South Australian seat, campaigning for Downer’s daughter Georgina.

When the Super Saturday byelections were called, the Liberals thought they had a good chance to pick up Mayo, lost in 2016 to Rebekha Sharkie, from the Nick Xenophon Team (now Centre Alliance).

Sharkie resigned in the citizenship crisis. The Liberals initially believed Downer was an ideal candidate, despite her living in Melbourne. But soon polling suggested another story – Sharkie was leading Downer 62-38 per cent in polls last month.

Some Liberals talk about a two-stage assault on the seat, arguing that if Downer doesn’t win this time, she’ll be well set up for next year’s election.

Well, not if you look at the history. If Sharkie can hold off the Liberals on July 28, she should be in a strong position for the general election.

It’s very hard for a crossbencher to get into the House of Representatives. But when they do, these small players can be difficult to blast out.

Andrew Wilkie won the Tasmanian seat of Denison from Labor in 2010, and retained it in 2013 and 2016. Cathy McGowan wrested Indi (Victoria) from Liberal frontbencher Sophie Mirabella in 2013, to be easily re-elected in 2016.

The late Peter Andren held Calare (NSW) from 1996 until he stepped down before the 2007 election. He had taken the seat from Labor; subsequently it has been in Nationals’ hands.

Downer, despite her family background, is regarded as an outsider; ‘entitled’, ‘privileged’, ‘snobby’, ‘stuck up’ are adjectives used about her.

Tony Windsor grabbed New England from the Nationals in 2001 and won three subsequent elections, retiring before the 2013 election. He almost certainly would have lost if he had contested then, but that was because of special circumstances – although from a conservative electorate, he’d sided with the Gillard government in the hung parliament. Windsor failed in a bid to oust Barnaby Joyce from the seat in 2016.

It was a similar story with Rob Oakeshott, who won the Nationals seat of Lyne (NSW) at a 2008 byelection, retained it in 2010, then backed the Labor government. He didn’t contest in 2013 (he too appeared headed for defeat), but he drastically reduced the Nationals’ margin in Cowper in 2016.

Bob Katter was elected as a National in 1993 but quit the party in 2001, comfortably winning several elections as an independent. In 2011 he launched the Katter’s Australian Party; his victory was tight in 2013 but easier in 2016.

The Greens Adam Bandt has a stranglehold on the seat of Melbourne.

Crossbenchers who are successful in House of Representative seats seem to forge a special bond with their communities. In this time of massive disillusionment with politics and distrust of politicians, they are often seen by their constituents as a different sort of beast, as “our” person, less tainted than those from the big parties.

This came through in University of Canberra’s Institute for Governance and Policy Analysis (IGPA) research before the 2016 election in Indi, where voters were full of praise for McGowan, although with the caveat that her independent status meant she lacked power.

It’s only when a parliament is “hung” or nearly so, that Lower House crossbenchers gain serious clout.

IGPA has conducted four focus groups in Mayo this week. The 39 participants, covering all age groups, were “soft” voters, currently unaligned or rethinking their position from the last election.

Sharkie is seen as having performed well, as visible and approachable, engaging and caring. She’s viewed as part of Mayo (“she bleeds Mayo”; “she works, acts and lives in Mayo and has Mayo in her heart”). The dual citizenship issue isn’t held against her.

Downer, despite her family background, is regarded as an outsider; “entitled”, “privileged”, “snobby”, “stuck up” are adjectives used about her. Not one participant argued in support of her. In contrast, her father was seen as “Mayo through and through”. 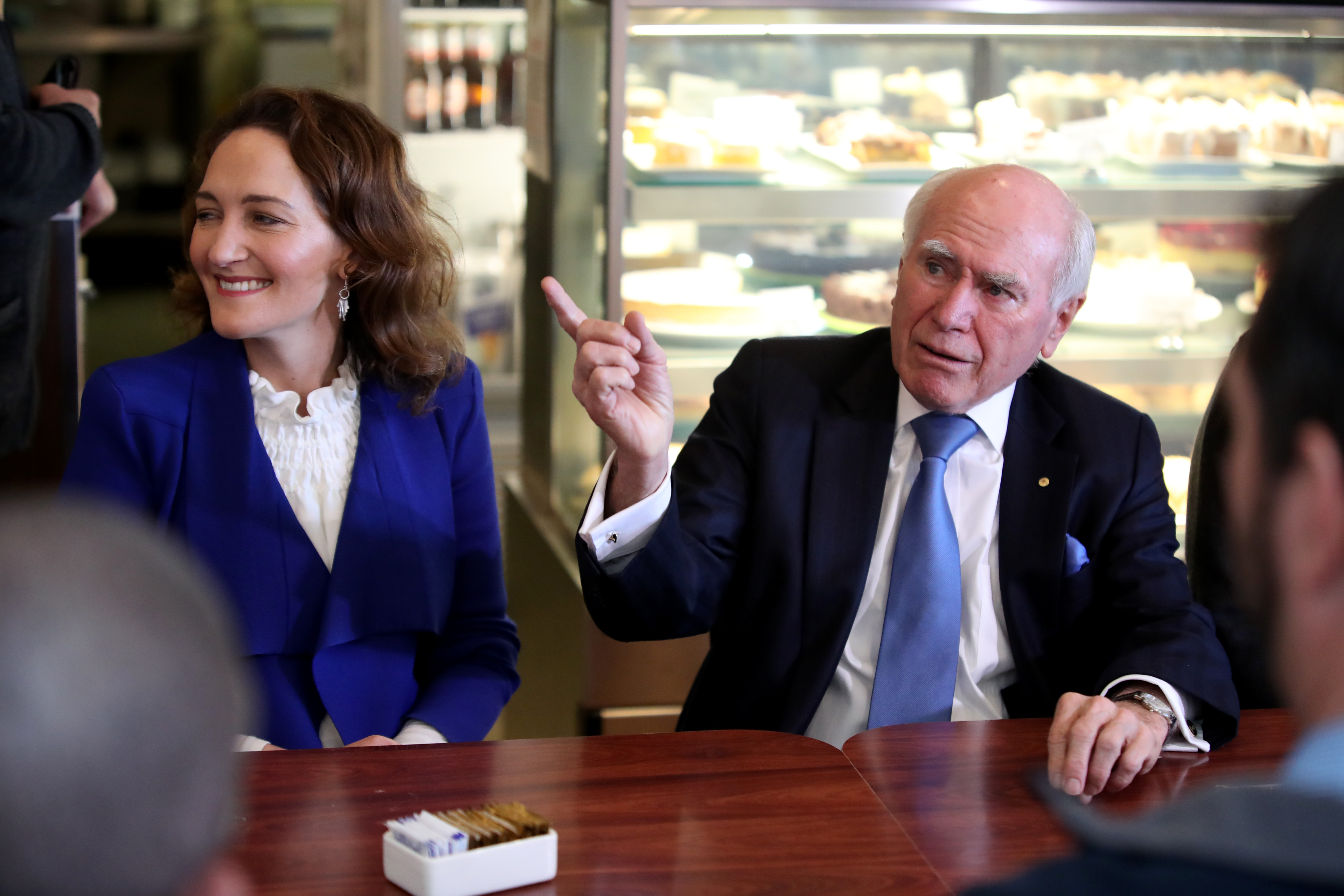 Evans and Halupka conclude: “Sharkie and Downer are perceived to represent two very different Mayos. Downer represents old ‘blue ribbon’ Mayo (as did the disgraced [former Liberal member] Jamie Briggs), home to the Adelaide elite and Sharkie represents new Mayo which is reflected with changing community demographics which include households from a much broader range of income groups including young families who are looking for active community-minded representation.”

These Mayo voters disdain the behaviour of federal politicians and “adversarial politics”; they are appalled by the Leyonhjelm affair; they want cross-party cooperation on key matters, especially energy, growth and the environment, which are issues they’re concerned about.

They trust Sharkie; they don’t trust ministers or Bill Shorten. They want conviction politicians and politics. “Turnbull is viewed to be performing better but is still perceived to be lacking conviction; Shorten is purely viewed as a “negative politician” or “spoiler”, Evans and Halupka say.

While there is no statistical significance in these focus group numbers, the trend is notable. “All of the Labor voters last time are moving to either [Sharkie] or the Greens candidate [Major Sumner]. And half the Liberal voters are moving to her.

“On the basis of this tiny sample Labor is collapsing and Shorten is performing very badly across all cohorts particularly amongst former Labor voters.

“Sharkie’s supporters believe that her independence from party is an absolute virtue.” (“I like her because she’s not associated with the big parties and she’s local and cares,” said one participant.)

It should be added that Labor, with no chance in this seat, is mainly interested in boosting Sharkie’s vote via preferences. It is giving Mayo perfunctory attention – its overwhelming focus is on defending its very marginal seats of Longman (Queensland) and Braddon (Tasmania).

In campaigning, Sharkie is getting support from other crossbenchers, with McGowan, Wilkie, and even Katter pitching in. She’s raised $65,000 in micro-donations, and recruited more than 800 volunteers.

Given that communities bond with their crossbencher MPs, it becomes a challenge for the major parties to decide the best way to campaign against them.

In particular, will the heavily negative campaign the Liberals are now running against Sharkie eat into her support in these late days, or will people just see this as picking on someone they like?

The conventional wisdom is that negative campaigning works. But trying to knock out an opponent who’s seen as something of a local champion can be a tough ask, as the Liberals are finding.