A while back, in another kind of column, I drew the unflattering parallels between the South Australian Liberal Party and the Richmond Football Club: both with a sustained lack of success, exacerbated by internal divisions and a propensity to sack the guy in charge with undue haste.

It’s strangely apt then, that after a combined 53 years of misery both outfits managed to end their wilderness years within a mere six months of one another.

Richmond are now favourites to go back to back in the AFL, while Steven Marshall recently marked the milestone of his first hundred days in office with a round of speeches to sold-out events. Not so long ago, they’d have struggled to give all the tickets away.

And with both teams, the seeds of the current run of success were obviously sown at some point during the preceding period of public ridicule.

Which (probably) means that, for both, there was some intervening period between dismal failure (roughly 2002-2014) and triumphant euphoria (2017-18) during which both organisations shifted their internal dynamics, albeit without the external public perception shifting in synch.

When they both managed to shuck their losing culture, even before they had actually won.

Much of that will have come down to strategy, and much of it also to recruitment.

On which point, I heard a strangely plausible theory recently as to why the South Australian Labor Party has been so undeniably politically successful in recent years while the SA Libs have been so egregiously unsuccessful.

Sure, there are a few obvious theories floating around: it’s all about the electoral boundaries gerrymander, some true believers may cry.

Or: Labor are better marginal seat campaigners, and better negotiators, and these traits have been the key to most of the past few state elections.

And, since history tends to be written by the victors, there is always the old chestnut: that the Libs have spent much of the past two decades, if not the past 50 years, hopelessly divided and being broadly incompetent and have campaigned with all the nuance of an eight-year-old running for class president, and who even then probably wouldn’t win.

As always with these things, there is a ring of truth to each of these, but none tells the whole tale on its own. 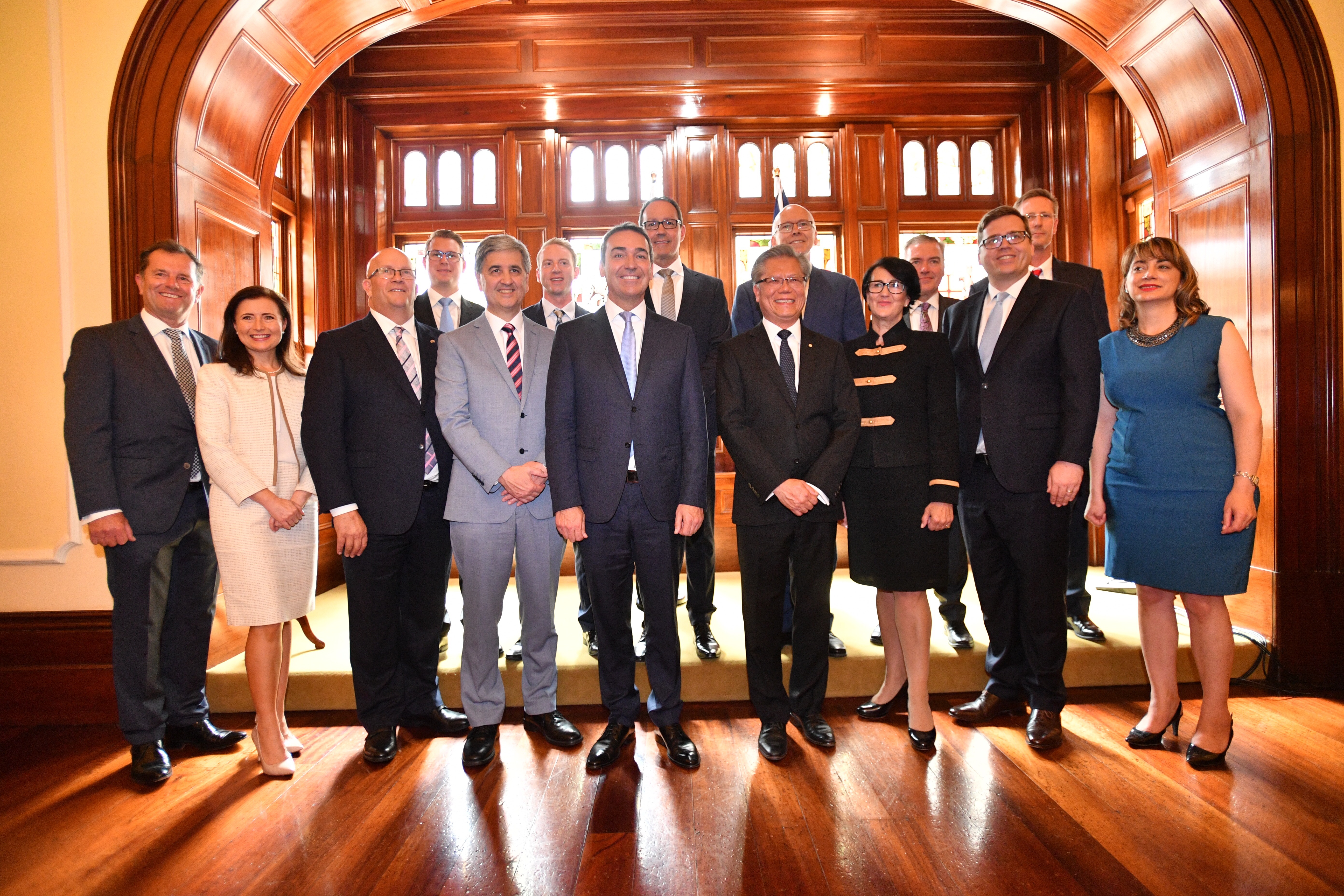 Yes, the Libs can fairly cry foul over consistently winning the statewide vote and falling short on seats, but in reality it was only in 2010 where the discrepancy genuinely appeared out of kilter with the result. In 2014, had they not already ceded Frome and Fisher to independents through historical factional infighting and strategic incompetence, they would have won enough seats to govern, a result reflected by the two-party result.

And yes, the Liberals’ wilderness years, not to mention their non-wilderness years, have been blighted by internecine strife, factional feuds and petty hatreds, and in one particularly diabolical campaign (2006) they only had enough cash to run one TV ad and it still managed to misspell “Labour” (sic).

But it’s hardly been a cavalcade of no-hopers at the helm overseeing all this. Over its period of lowest ebb, the party has had state directors of national heft; the likes of John Burston, Graham Jaeschke, Julian Sheezel, Geoffrey Greene have either come from or gone on to roles at the very top of the party interstate and/or federally.

And, more interestingly, for most of that time, the SA branch has generally been reasonably successful at the federal level, having held all but one of the state’s 11 federal lower house seats (the one being the soon-to-be-abolished safe Labor stronghold of Port Adelaide) at some point since 2002 – although they currently hold just four.

Moreover, many of those that have held SA seats have also held influential frontbench roles in federal Liberal governments (the likes of Downer, Minchin, Hill, Vanstone, Pyne, Birmingham) whereas the only senior ministers SA Labor has produced in this time were Penny Wong and (briefly) Mark Butler, and a couple of outer ministers (Kate Ellis and Don Farrell).

And thus came one theory I had not heard before to help explain the power imbalance in SA over the past 16 years: that the Liberal Party – from the grassroots level – cherry-picked its best and brightest for federal parliament, whereas Labor, at the very least, spread its talent around. 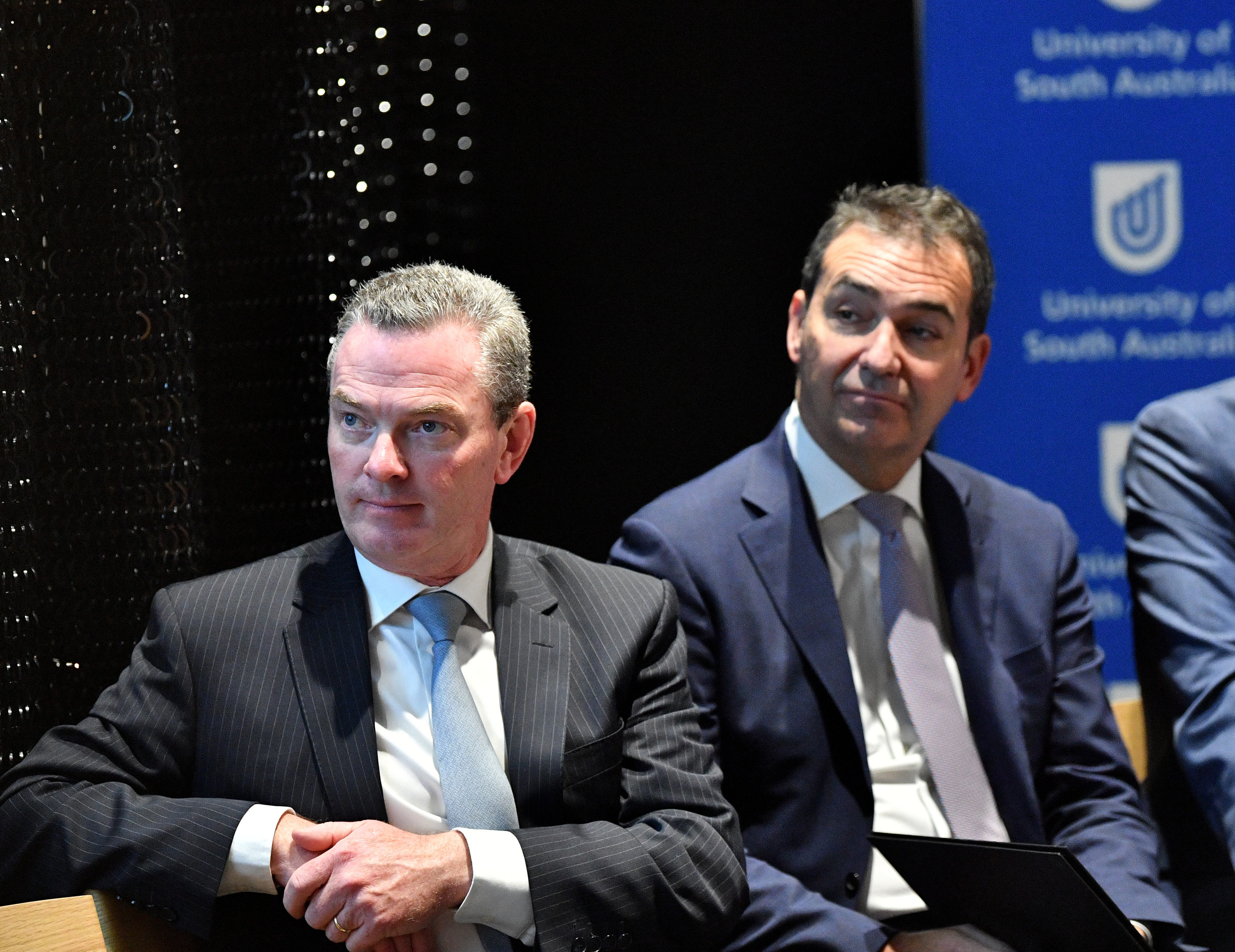 For example, the likes of former Treasurer Tom Koutsantonis and the now-retired Jack Snelling were leaders of the dominant Labor Right faction in their Young Labor generation – and both chose state parliament over federal.

And while Left-faction leaders of the same generation such as Butler and Wong went to Canberra, the first cab off the rank was Jay Weatherill – who followed his father into state parliament.

True enough, the Libs had their own generation of family dynasties on North Terrace (and it’s more than arguable the dynastic conceit did the party’s internal deliberations more harm than good over this period). But Evans and Chapman aside, for the most part in this era the Liberal benches were overpopulated by, as a one-time party member put it to me of late, many of whom the best one could say is that they’re a good bloke – the ultimate backhanded compliment in political circles.

There is now a new generation of Liberals moving through the state parliamentary ranks, whose careers will be in full blossom come the next changing of the guard

So if there’s truth that Labor have been better marginal seat campaigners, or boast better negotiators in their ranks, or manage to maintain factional discipline despite their fervent dislikes and almost insurmountable ideological differences, it’s potentially because their state parliamentary ranks aren’t merely filled by those who missed out on a federal seat.

This could also explain why it wasn’t mere rhetoric that, when Labor lost office in March, Weatherill argued there were several prospective leadership contenders coming through the ranks.

That’s not something the Libs have been able to credibly boast for some time. Indeed, when party insiders were concerned about Marshall’s ability to lead them to victory at stages over the last four years, the enduring refrain was that he would survive because there was no alternative. No successor shining so brightly that their inevitable ascension became blindingly obvious.

And yet, whenever Marshall does move on, it’s likely to be a different story.

For, like the Richmond Football Club, the SA Liberal Party has finally managed to turn over its list.

There is now a new generation of Liberals moving through the state parliamentary ranks, whose careers will be in full blossom come the next changing of the guard.

Some of them are yet to even gain promotion to the frontbench, as the party rewards the patience (if not loyalty) of the many older heads who have languished in the political wilderness for most of their working life.

But through the crop of MPs who have filtered onto the Liberal benches over the past five years, they finally have a talent pool of genuine depth – something I haven’t seen in their ranks for the preceding decade, or more.

Touch Of The Fumbles: China Syndrome vs Ewing Theory

In politics (as in sport) periods of dire incompetence are built on many factors – some external, some internal and some even on the whim of fate.

But so many of these have now turned in the Liberals’ favour: while the constitutional changes that will govern the next boundary redistribution can’t be anticipated, they finally have an electoral map that has seen their statewide hegemony translated into seats. They have adapted their campaigning strategy to reflect a more contemporary electioneering bent.

And, finally, they arguably have more latent talent on the backbench right now than they do in the ministry.

Which should ensure that when the party next returns to Opposition – be it in four, eight, 12 or more years – it has already significantly ensured that its next wilderness sojourn won’t be as bleak and miserable, and certainly not as long, as the last.