Senator David Leyonhjelm’s sexist slur on Senator Sarah Hanson-Young during parliamentary debate raises many issues about how women’s credibility can be undermined by implications that they are sexually more active than is deemed “acceptable”.

This is a long-standing tactic, based on sexist assumptions that women can be classified as either Madonna or whore, frigid or slut: something Australian feminist Anne Summers wrote about so powerfully in her book Damned Whores and God’s Police.

In it, Summers quoted Caroline Chisholm’s belief that the colony needed “good and virtuous women”.

The misuse of female sexuality has more recently been rebadged as “slut shaming”, which in turn created its own feminist protests by women engaging in “slut walks” as a means of reclaiming the term as a positive.

As academic and author Jessalynn Keller has written:

“The phrase [slut-shaming] became popularized alongside the SlutWalk marches and functions similarly to the ‘War on Women,’ producing affective connections while additionally working to reclaim the word ‘slut’ as a source of power and agency for girls and women.”

In this spirit, Hanson-Young has hit back. Leyonhjelm has refused to apologise for his comments, and Hanson-Young is now seeking further action.

“He is — for lack of a better word, and I really apologise for this, I’m thankful that my daughter is home in bed still and not up for school — he’s slut-shaming me.”

This conflict arose from one of the many debates raised by the astounding successes of the #metoo movement, which has exposed women’s widespread experiences of sexual harassment and bullying.

The wider debate records what are obviously very long-standing differences of criteria applied to women’s behaviour as opposed to men’s. Despite it being nearly 70 years since publication of another classic feminist tome, Simone de Beauvoir’s The Second Sex, women are still seen as Other, and defined by powerful male criteria.

Whereas men’s virtues are often seen as multiple and universal, those seen as relating to women are still tied to outdated moral codes that assume our sexual behaviour is the primary indicator of who we are.

While sexual prowess and multiple “conquests” may be indicators of men’s approved masculinity, women may lose legitimacy if they are deemed promiscuous by having multiple partners.

There is no doubt men’s active sexuality is deemed acceptable and often excused as driven by physical needs, but women are still criticised for leading men on or astray. In other words, not only can’t women win in terms of their own sexuality and how it is somehow tied to their moral character, they are often asked, implicitly or explicitly, to take responsibility for men’s sexual behaviour too.

The so-called sexual revolution, catalysed by the availability of reliable female contraception in the 1960s, does not seem to have freed women in the same way it freed men. Interestingly, there is still no male pill that would reduce the risks for women, so we still carry that responsibility far too often. 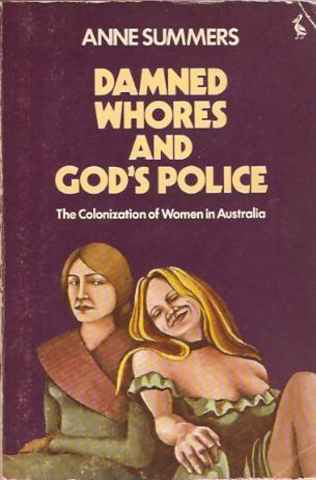 All of this raises questions of how far real equality for women has come. I often quote a 1970s badge that read “women who want equality with men lack ambition”. We wanted to change what was valued and by whom, to balance the emphasis on macho material goals, tastes, attitudes and ambitions.

Current evidence suggests that, despite having more women in the senior ranks of most institutions, these are still there as parvenus, subjected to male criteria of what they think matters.

So women who do not fit the designated behaviour of Madonnas or whores are likely to be targeted for sledging. Former Prime Minister Julia Gillard copped it and there is no evidence the culture has improved.

For his part, Leyonhjelm is unrepentant. When asked whether his reaction was too personal, regardless of what he thought Hanson-Young, he said:

“I think you’re being way too precious. If you’re a woman of 36, unless you’re celibate, it might be a reasonable assumption that you’re shagging men occasionally. It’s a legitimate assumption and I simply made that assumption.”

This just reinforces the idea that she is promiscuous, which he must know will reduce her wider credibility. It is an oddly puritanical comment, given he claims to be libertarian.

Many politicians have taken issue with Leyonhjelm’s comments, though it is perhaps in part a result of the general debasing of parliamentary debate in recent years. Let’s hope the public outrage over this particular incident will create some push-back against vocal sexist slurs against women, in parliament and in broader society.