One of the drawcards of the Adelaide Cabaret Festival was Aussie rockers You Am I running through the back catalogue of the late, great Spinal Tap.

I’m not sure whether they played anything from their fictional 1980 Polymer Records opus ‘Shark Sandwich’, but aficionados of the Marty Di Bergi mock-rockumentary This Is Spinal Tap will remember that the album garnered one particularly acerbic two-word review, which simply read: “Shit sandwich.”

Perhaps You Am I’s Tap resurgence was timely, for the Liberal Party is currently attempting to take a bite out of Rebekha Sharkie’s burgeoning political fortress, and the reviews are about as scathing as they were for Shark(ie) Sandwich some 38 years ago. Indeed, aspiring MP Georgina Downer will probably end up describing the entire ordeal in eerily similar terms to that infamous two-word review. 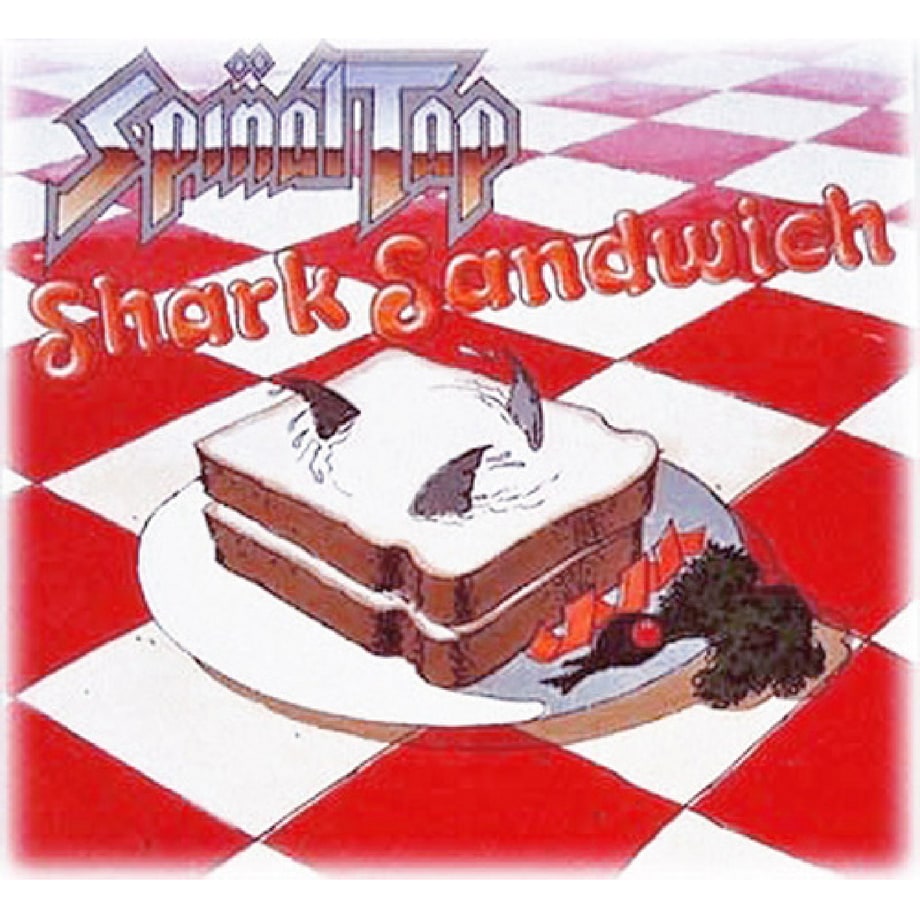 Well, that is the question.

If the Liberal Party in SA aren’t asking themselves now, after three successive polls in a single week (separate ReachTel polls for Channel 7 and the Australia Institute and a Galaxy poll for The Advertiser) put the former Nick Xenophon Team and prospective Liberal turned Centre Alliance MP a staggering 16 points clear after preferences – 58 per cent to 42 – they will likely find it hard to avoid asking come July 28.

But in truth they should have been grappling with it well before now.

The SA Liberal Party finally found electoral success at a state election after 16 years of failure because they finally grasped the need to do more than merely show up and campaign.

They finally, belatedly, came to the conclusion that they needed to deeply, intrinsically understand their electorate, and sell them a proposition that they could vote for.

They did that with the aid of an expensive Republican data-mining tool that was an experimental proposition in an Australian context, with a newfound resolve, and atypical public displays of, if not affection, at least relative unity.

And then, on the evidence of their very next electoral test, they abruptly reverted to type.

Having finally won power in SA after grasping there is no such thing as a quick fix, why then have the Libs fallen so quickly back into old habits?

For the entire Liberal approach to the Mayo by-election has smacked of the kind of mentality that has seen the state Libs become the least successful political outfit in modern Australia.

While a few hopefuls considered throwing their proverbial hats in the ring, it was always clear that none but Georgina Downer had a hope in hell.

But it smacked, ironically, of the kind of cheap electoral trick Nick Xenophon might have played – the man whose political Midas touch once helped Sharkie take Mayo against the odds, but whose capital fell on the back of gimmicks such as running a father and son with the same name against the Premier and Opposition Leader in their respective seats.

In this case, the gimmick was one that looked good on paper (and in the paper, no doubt), but should have sounded alarm bells from those on the ground in Mayo: to parachute in the well-credentialed daughter of Alexander Downer, the former Liberal leader and long-serving Foreign Minister who held the seat for 24 years until his 2008 retirement.

There’s been much talk, most of it in dismissive tones, of the Downer ‘dynasty’, but for the Liberals this gambit was less about dynasty than destiny: it was predicated on the misguided assumption that the seat was rightfully theirs, and that the good burghers of Mayo merely needed a wistful reminder of the time when they’d never had it so good, a romantic hark back to the glory days, like the nostalgic tide that swept Britain from the EU.

Downer the elder had a few elections in which he held Mayo strongly, but it was never the sort of seat you could take for granted.

He almost lost it himself in 1998, when erstwhile Redgum troubadour – and now perennial ‘prospective Mayo candidate’ – John Schumann almost took Downer’s blue-ribbon seat for a walk in the light green.

Downer’s 2008 retirement almost left a legacy similar to that of former Premier Rob Kerin in Frome, as the seat came dangerously close to falling to the Greens, via the flow of preferences from a vast field of candidates (including the Xenophon-endorsed independent Di Bell) that nonetheless didn’t include Labor – an oversight ALP insiders believe they’re still paying for in the Hills region.

In case it wasn’t clear from these occasional warnings, Mayo was always a ticking time bomb for the Liberal Party – much like the inner city seat of Melbourne once was for federal Labor.

Melbourne had been a Labor seat since 1904, but at successive elections through the early 2000s, it was clear that the demographics were irreversibly shifting.

By the time Adam Bandt finally snared the seat, after frontbencher Lindsay Tanner retired suddenly in 2010, he was second in his own right. At the last election, he held it with more than 68 per cent of the two-party vote.

There’s a long way to go in this Mayo by-election, and the Libs are pounding prospective voters with all the subtle salesmanship of a used-car dealer.

A Liberal flyer in Mayo.

But there’s plenty of historical evidence to suggest this is a seat with a propensity to vote against the grain.

And the Libs appear to have fallen into the mistakes of history by seeking to explain away their loss there in 2016 with the simplest possible excuse.

On paper, it’s easy to pin Sharkie’s success on the unpopularity of the Liberal incumbent Jamie Briggs.

After all, the former rising star had been forced to the backbench only months before the election after what, in the spirit of the Downer era, we might call ‘A Certain Nighttime Incident’.

His abrasive style had also alienated some in the electorate, including in the local branch.

But the standard refrain is also reductive.

For a start, it’s probably worth noting that on a scale of ‘Things For Which You Should Resign”, suggestively telling someone they have ‘piercing eyes’ is probably a fair bit lower than impregnating your former staffer (hello Barnaby).

And yet, in the Turnbull regime, the first prompted a quick and obliging resignation, while the second apparently warrants a protracted public standoff, a few hissy fits and then an indulgent and well-remunerated sulk about the unfairness of it all.

Still, let’s assume the nexus of anti-Briggs sentiment and the rising Xenophon tide was the root cause of Sharkie’s ascendancy in Mayo.

Sharkie turned a 35 per cent primary vote into an almost-five per cent two-candidate victory.

And yet, according to every published poll, Downer has somehow taken the Liberal vote backwards by three per cent.

If the Libs can explain that, they might also grasp why plenty of the voters likely to cast their ballot for Sharkie are unlikely to be wooed by expensive sweeteners like solar panels for community groups, or by a conga-line of high-profile feds jetting in for photo ops. 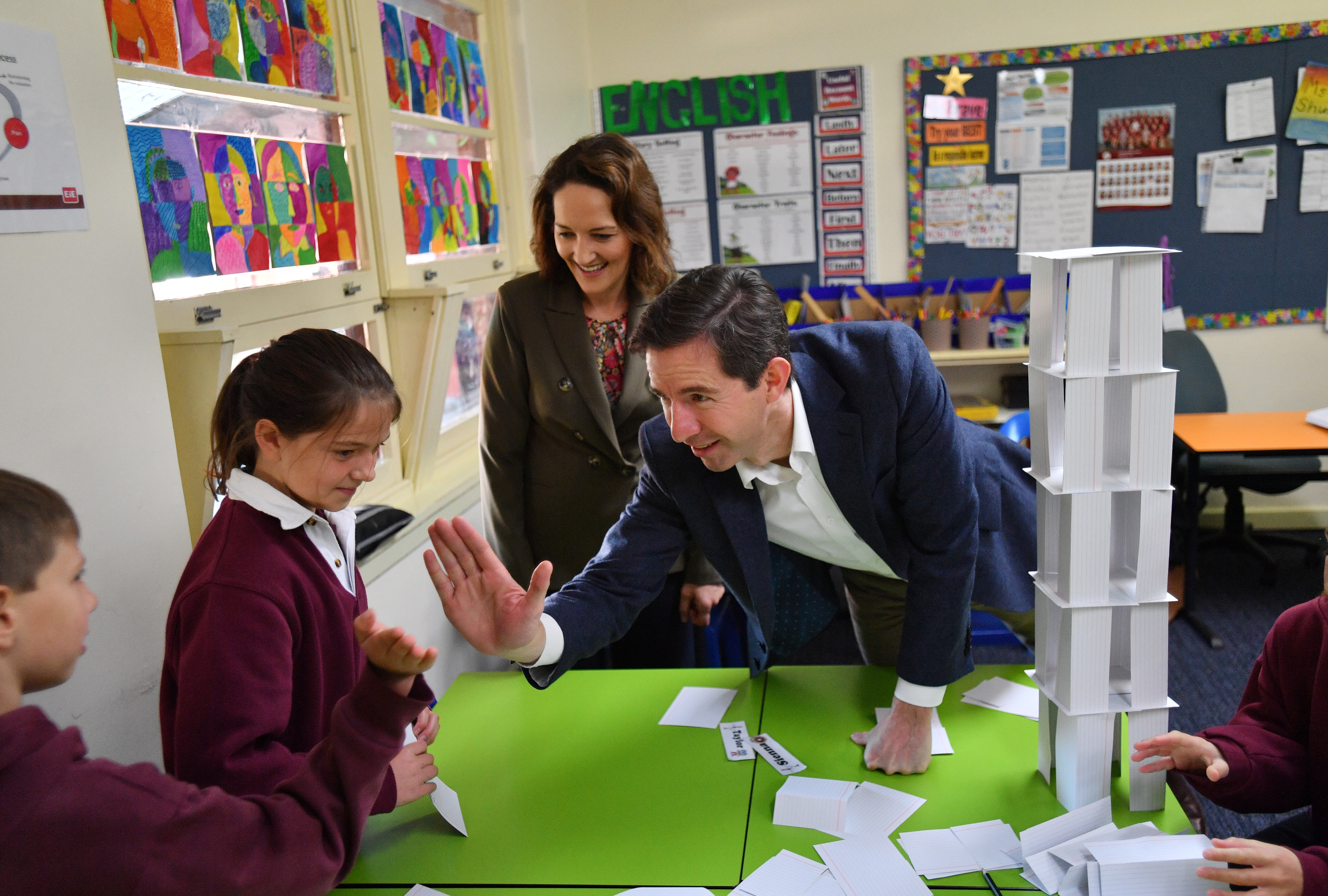 Probably because they know none of this would be happening if the seat hadn’t been won by a third party candidate.

The ‘Little Britain’ view of Mayo also presupposes that it is a strongly conservative seat – despite the fact its constituents returned the fourth highest ‘Yes’ vote in the Same Sex Marriage survey in SA (64.7 per cent), and despite the fact the Greens vote didn’t dip below 11 per cent at any election this century until 2016, when it fell to a mere eight per cent. Which tells us that Sharkie’s vote didn’t come merely from disaffected Libs, but from the broader cross-section of Hills voters who tend to favour third-party alternatives.

The notion that she’s returning to SA to do her bit for her childhood home is undermined somewhat by the fact she’s previously run unsuccessfully for the inner metro Melbourne safe Liberal seat of Goldstein.

Moreover, the fact her parents Alexander and Nicky appear to be enthusiastically spruiking for her at every turn – while laudable and understandable – probably isn’t doing her any favours either, particularly when her opponent’s main virtue is her status as a strong independent.

And while some in the Liberal camp may have hoped that this by-election could be a warm-up for a second tilt at the next general election, if the party’s vote goes backwards from 2016, it will probably not merely need a new strategy at the next poll – but a new candidate.

Sharkie will be ever-aware of the way her mentor Xenophon’s vote collapsed before the state poll, but if hers holds up even close to its current levels, this by-election won’t mark her political demise, but potentially the moment that she shores up her seat for as long as she wants it.

The Libs might have thought they were going to eat the wounded Sharkie for lunch.

But, much like that old Spinal Tap review, it’s shaping us less Shark(ie) Sandwich – and more Shit Sandwich.

But with no mayo.