There are two kinds of new government.

The kind that charges in like the proverbial bull at the gate, determined to show all and sundry that there is a new sheriff (or, in our case, Marshall) in town with a bold, bolshy overhaul of the public policy agenda.

And then there’s the kind that rather ambles in, taking the time to enjoy the feel of their feet under a new desk before they start worrying about what’s on top of it.

There are pitfalls to both, of course.

The problem with the bovine approach is that someone always needs to clean up the accompanying bullshit.

History is littered with the corpses of fledgling governments that have come into power ravenous for reform, eager to leave their stamp on political life. The Whitlam Government was one of Australia’s most reformist administrations, and certainly among its most chaotic – and was ignominiously turfed from office after just three years. On the other end of the ideological spectrum, Campbell Newman’s term as Queensland Premier was marked by swift, savage public sector reform, and an equally swift and savage response at the ballot-box.

But if that implies slow and steady wins the political race, the minimalist approach has its drawbacks too.

After one of the more frenetic election campaigns in SA history, for most neutral observers the relative calm of the ensuing months has probably felt like a blessed relief (not to the media, of course, who thrive on political activity, but that’s a given).

With four years before they have to account for themselves at another election, the Marshall Government is clearly in ‘go-slow’ mode.

‘Under-promise and over-deliver’ appears to be its mantra, with its first-term agenda seemingly no more or less than it pledged before polling day. Mid-term curveballs about nuclear fuel cycle royal commissions and time zone changes seem unlikely to be a feature of this administration.

There is something redolent of the early-Abbott era, when the federal Liberal Government sought to put the brakes on the frenetic news cycle established under Rudd, which subsequently ran off out of control under Gillard. But, of course, it didn’t end well for Abbott.

While due diligence is always a welcome novelty in public life, the pace of administrative change currently appears almost laconic.

The Liberals have been at pains to ensure that ministerial staff appointments are subjected to a due process, which is all fine and dandy. But we’re now two months into the life of the government and a multitude of key posts remain unfilled.

The Libs made a virtue of the fact they would be cutting back the number of media advisors, always a popular refrain. But the practical implication of this is that the responsibility for 14 new ministers has been thus far divvied up across just four media minders, and it can take days – or even weeks – to get responses to even the most basic of inquiries.

A stated reason for this is that they need to run the response by the relevant department first.

Thus, in the media cycle at least, the new Government has often appeared slow and reactive, with the Labor Opposition frequently setting the agenda through its calculated targeting of its perceived weak ministerial links – most notably Rachel Sanderson and Corey ‘Donuts’ Wingard.

‘Donuts’ has only taken two months to earn the unwelcome epithet ‘accident-prone’, copping heat (fairly) for failing to attend a southern suburbs community safety forum, for reportedly suggesting he’d direct STAR Group officers on operational matters (unfairly, because he didn’t), and for a pompous missive about the correct protocol by which to deliver baked-goods to fireys (fairly). 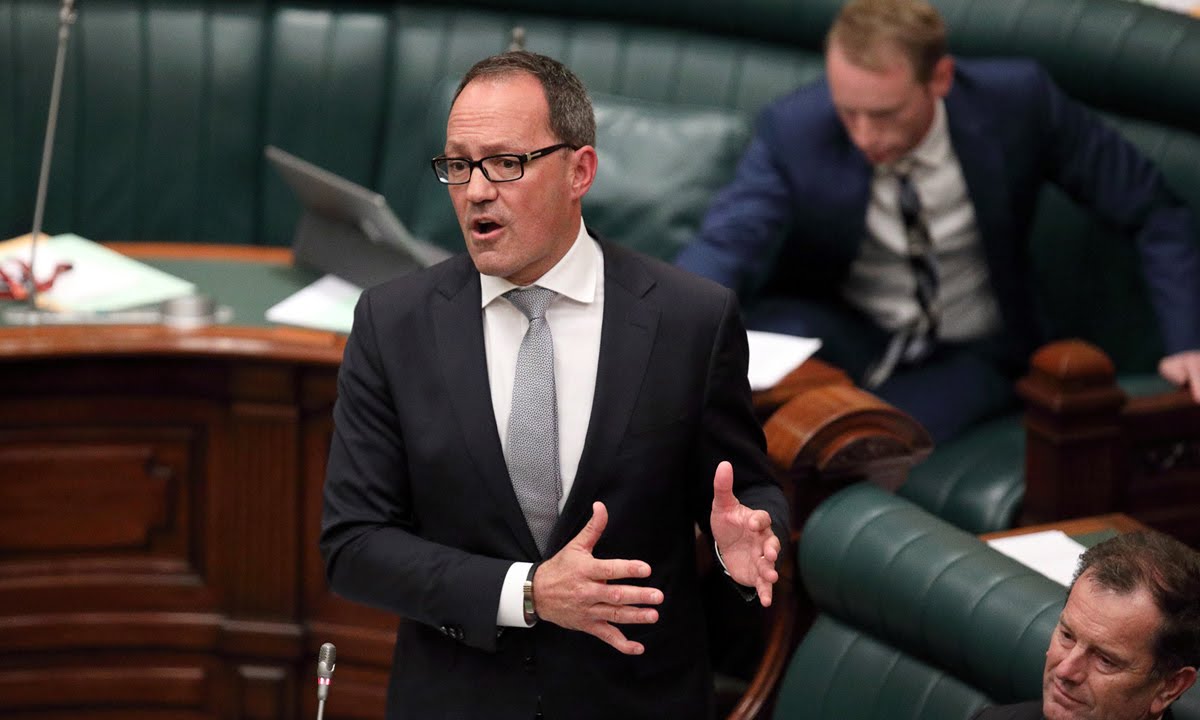 Given the longheld assumption that Nick Xenophon’s fledgling SA Best would make electoral gains at the Liberals’ expense, it was ironic in the end that the three-cornered electoral contest probably ended up helping the Opposition campaign. They were able to get away with whole days of relative policy silence, largely because there was so much residual noise around the Xenophon circus.

Now, however, the silence is more palpable, and merely ensures that every misstep is amplified in the media cycle.

But there are clear parallels.

Given policy advisors, strategists and chiefs of staff appear to be similarly thin on the ground, it’s a fair assumption there is a similar inertia at policy level.

The public service has been charged with delivering on the Government’s 100-day plan, but there appears to be little direction for the longer term.

For all the fear and trembling in public service quarters about a Liberal-led bureaucratic bloodbath, the casualties thus far have been modest on paper, though costly on the books – which suggests the new administration may think twice before imposing further wholesale changes.

Indeed, there is a growing impression that many of the new Liberal ministers have arrived at their respective departments more like orphans from the storm – naïve, isolated and a little lost.

I’ve long held the view that Steven Marshall’s electoral failure in 2014 came in part because – having risen from fledgling MP to Liberal leader in a single term, largely off his own initiative – he then succumbed to self-doubt and started accepting advice from people that were proven experts at losing elections.

I suspect there are a few of his now-ministers who have followed a similar trajectory in their new roles.

Having spent four years with grand designs for government, they have come into power and suddenly realised that they, in fact, have no experience or insight into how to manage a sprawling bureaucracy – and have thus sought advice on how to do so from the bureaucracy itself.

This may not be an ongoing détente, however. Wholesale Machinery of Government changes loom in the new financial year, with the prospect of further departmental savings – and, perhaps, more public service scalps – to come.

But there is a growing sense that if it is taking this long to merely appoint the staff and enact the systems required to deliver any legislative reform, how long will it be before we see any genuine policy outcomes?

After 16 years in Opposition, at one level it’s understandable that the Liberals are happy to take things slow, and ensure that things are done right.

But it’s equally arguable that 16 years is time enough to come into government with a detailed plan about what it wants to do, how it can be achieved and, crucially, who it believes can help it do so.

With a multitude of key appointments – including a new chief of the Department of Premier and Cabinet – still to come, it could take the best part of a year before the Government feels it has built the bureaucratic foundation it needs to deliver its policy agenda.

Which means it’s already lost a quarter of the time the voters granted to deliver it.

There seems a rumbling sense within the government that the magnitude of the task ahead was underestimated.

Two months in, it is time to instil a sense of urgency.

Under-promising is all very well, but at this stage there is no suggestion of over-delivery – merely gentle administration.

It would be a sad thing indeed if the Libs returned to opposition in four years’ time with the best to be said for their time in government that they finally managed to appoint a new office manager.