In my eyes, it’s this artery that runs from bush to sea; from hills to beach; outback to coast. A 21-one kilometre long, four-lane bitumen and concrete capillary, cats eyes and glow-in-the-dark paint; a thousand road signs – merge, give way, Vote for Jay Weatherill – lights that seem to stop you for no reason, awkwardly parked trucks that make you hog lanes. A giant scar across the city. Everyone knows it. To get to the beach, or (in the old days) Wingfield dump, smelling as sickly-sweet as ever. Stopping at the grand junction itself, five major roads that converge in the heart of Gepps Cross – an industrial suburb with a drive-in, Kart Mania, fast food joints and a pub (before it was gentrified) famous for sex on the billiard tables. From this junction you can get to Darwin, Sydney, and a hundred other small dots on the map. Trucks working their way through gears as, outside Jarvis Ford, the guy with the mo films yet another ad for Cheap-till-Chewsdee-Commodores. Like a pivot point for a city, the hole the compass leaves in your page.

I start my drive at the top of Grand Junction (GJ) Road, in the suburb of Hope Valley. Here, the bush bleeds into the suburbs, as Garys and Narelles peer lovingly down across their city. Three bedroom brick-veneer, and a nice private school for the kids. The Hope Valley Uniting Church, with its expanded capacity for those in search of God in the gum trees, although for most MasterChef will do.

Gliding down the still two-lane road as it emerges from the hills that surround Adelaide, a stray koala in everyone’s yard, and old river reds collecting unwary P-platers. Down we go, towards the plains, the police radar ready at the bottom. I wave at the man inside. My sons tell me this is unhinged, but I don’t care.

There’s nothing to set GJ apart from any other road in the city, except perhaps signs of history that are barely history. The old milkie depot locked up, tagged, its cream brick façade waiting for the demolition man and another hundred Tuscan townhouses (‘The Executive IV – for the less easily pleased’). 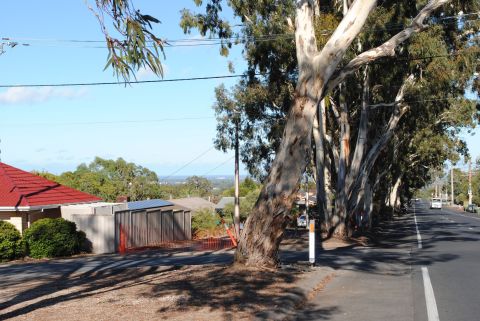 Shops, everywhere. The Foodland a lunch-land for the Year 12s across the road at Torrens Valley Christian School, or is the burger bar, or ribs, as mums survey the acres of freshly slaughtered cow at the Hope Valley Butcher. Still bleeding onto the plastic grass. Here, in the paradise-of-everything-you-could-ever-want, and more, dads in trackies pop in for a few litres of the state drink, FUIC (Farmers Union Iced Coffee), as pizzas are made, nails filed, pies slurped (always the burned lips). A place so average nothing bad or good could ever happen, fast or slow, smart or dumb, it doesn’t matter. God has blessed Hope Valley, and the Valley has responded with Ugg boots. 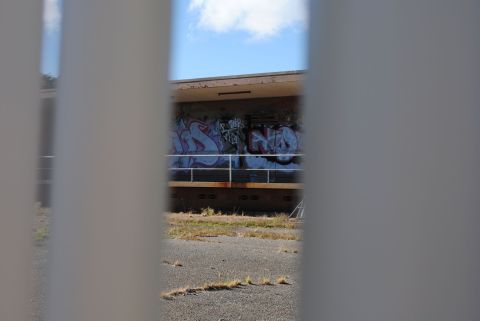 Continuing down, this failing gradient that’ll eventually dump us into the sea at Semaphore. Past more sixties and seventies veneer, and Barry’s Health Centre, a ruined house cum gym, an early experiment in muscle dysmorphia that went belly-up just before Boy George. On and on, nursing homes serenaded by kookaburras, the O-Bahn track – this strange experiment in public transport, an S Bahn made cheap, reliable and suburban by the use of a bus. Until we reach North East Road, our first major synaptic crossing. More shops, including Barnacle Bill, seafood for the unGreek, and unwary, a small chemist for Saturdee night frangers (‘Go on, Dwayne, I can’t afford to get preggers’) and an IGA for the dog food you never remember to buy. 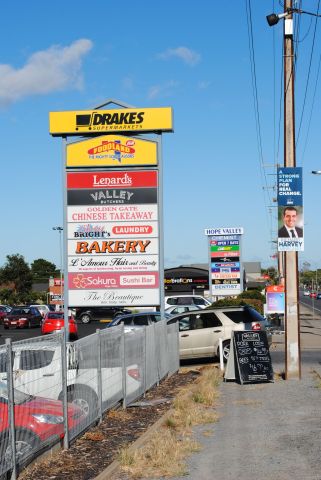 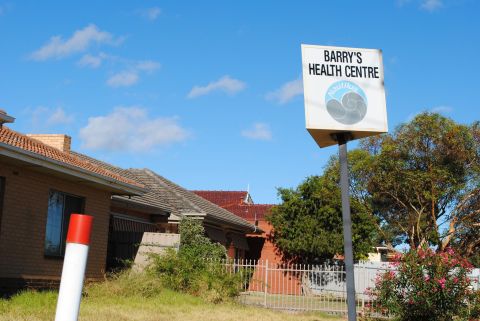 Of course, this is hard to describe, because the sameness is overpowering. Like something interesting might emerge from the landscape, but never does. Perhaps this is the definition of suburbia – the elimination of all surprises, risks, problems. All literature, music, ideas suffocated at birth. Either way, the homes down here on the plains aren’t so flash. Fibro, even, with brick cladding to suggest opulence. Speaking of which, here’s the Valley View Golf Course. Nice lawn, coiffured greens, and when I go past a dozen or so old Daves are whacking as they discuss Mardi Gras, Malcolm and #metoo and agree that this isn’t the suburb, city, state or country it used to be. 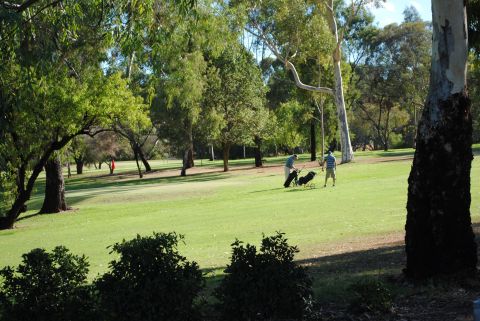 Here’s a gap in my Leyland Brothers-style budget photo essay. A few hills later, past St Paul’s Catholic College, Strathmont Centre, Oakden and its abandoned old people, we come to Adelaide’s main men’s and women’s prison. The blokes get locked up in Yatala Stockade, as it once was, an old bluestone gaol with a hundred bits tacked on over the years to accommodate the ever-increasing population of druggies and murderers. Certainly one of the growth areas in Weatherill’s Adelaide – social dysfunction trucked in from the Northern suburbs, hosed down, tagged and … well, I’m making this bit up. But the thing is, the place is surrounded by guard towers with tinted glass, and I’m sure there are people inside watching, so I have no intention of stopping outside the wire and taking more happy snaps. I mean, someone’s gonna get suspicious, aren’t they? So for this bit I give you permission to google Yatala Prison, or watch Breakout (Seasons 1 and 2), or just keep reading.

Now we’re in a suburb called Northfield. It’s a strange mix of nineteenth-century buildings, Housing Trust and newer homes. A suburb without a mission, or character, mixed in with a few old factories, a deserted pool place, boarded-up shops (plenty of those later). One house, I think, has been turned into a church, but upon inspection, it isn’t God but Cod in whom we trust. 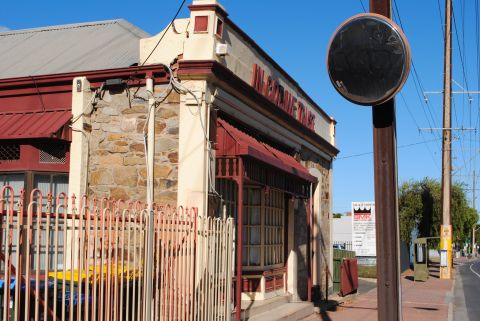 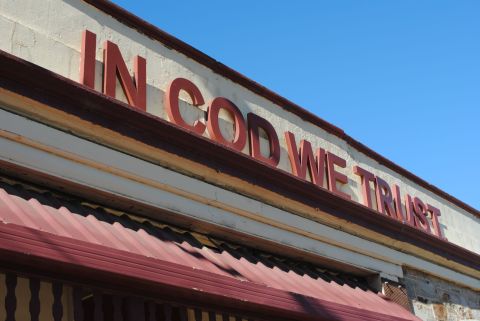 I wasn’t sure anyone could be trusted in Northfield. It was like it existed for GJ, and GJ existed for it, like Jesus or God or Mohammed had returned and put down roots among the wild oats and scrap metal in the recycle yards. Already, so far from the Beefmaster 160s at Hope Valley – but that’s the strange thing about GJ. It’s an Everyman’s road, encompassing all dreams and visions and workplaces, homes, solitary cells, and even a football club with a view of the razor wire (again, sorry, no pics near guard towers).

And so we continue, across Hampstead Road, past the paddocks where, as a kid, I used to see horses grazing the grassless ground. And think, poor sods. The way they looked up every so often like, ‘Can I just die now, please?’ At least they had some shade, and a decent view towards the sea, and the smokestacks of western Adelaide’s industrial heartland. 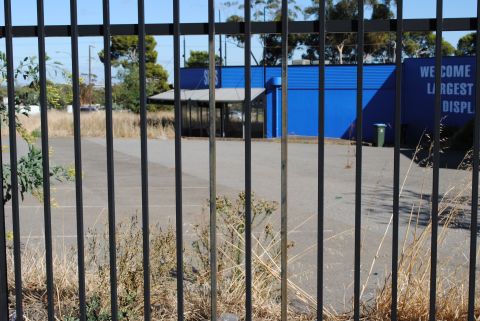 Soon you get to the bottom of this hill, and it’s like you’re in a different world. Crappier homes, mostly what we used to call half-houses – Housing Trust places shoved together with a common wall to save on construction. There used to be a school called Enfield High, but the Labor government closed it down (and several nearby schools) and yep, you guessed it, more copies of the Executive II, III, IV and V. Maybe it’s not so bad. Maybe it’s an improvement on the Aleppo-like landscape of Greater Enfield. In fact, if you judged Adelaide by GJ, you’d guess it was a pretty grim place. 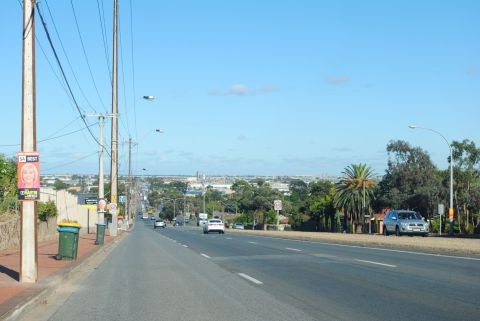 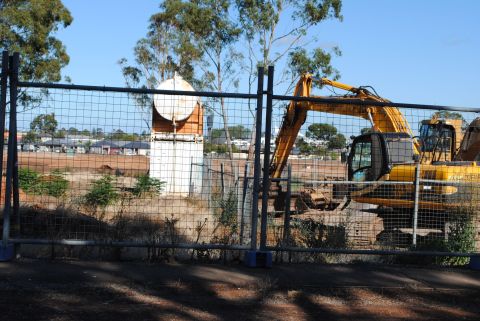 At last, the GJ in GJ. Roads appearing from nowhere, continuing nowhere after waiting for what seems like hours for this bizarre light rotation. Still, everyone’s nicely behaved, and not all that many people get killed in the chaos. Most country people believe the GJ intersection is where we city slickers (and our previous socialist government) think Adelaide stops. Because what’s beyond it? The outer suburbs, farms, towns, other cities, countries, planets. You know, less important stuff. 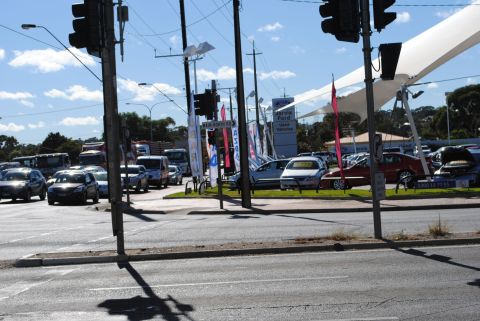 And frankly, things aren’t about to improve. The next few kilometres of GJ pass through suburbs like Kilburn, Pennington and Rosewater. The factories get bigger, like the setting for some yet-to-be-written dystopian novel. Many suburbs, such as Pennington, belong to Playford’s Adelaide, when we were a national leader in manufacturing, a job or two or three for every man, woman and child. And some of this survives in the wreckers and pre-fabricators, but this stretch of GJ is a succession of shops with security blinds, shutters, as some of the least well-off Adelaideans try to scrape by in suburbs that others wouldn’t dare visit, especially at night. 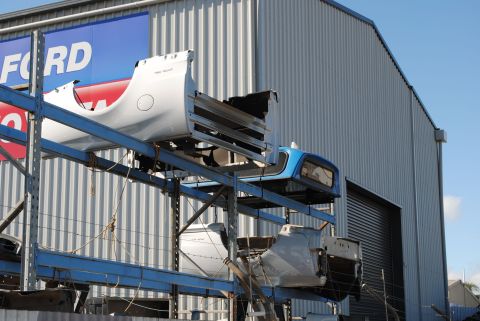 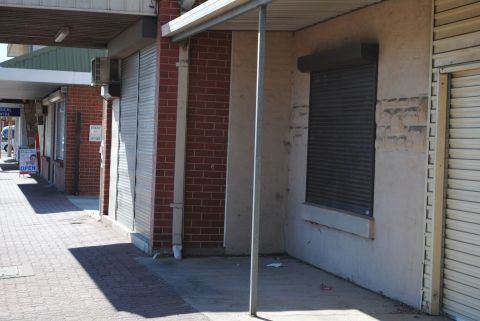 The last few kilometres. To our north the smokestacks and factories of Port Adelaide, another suburb the government has spent millions trying to redevelop, unsuccessfully. And beyond this, the glide to the sea. A concrete road that reminds me of Hitler’s autobahns. Tin-sided homes, small, full of the nineteenth-century ghosts slip-slop-slapping their way to the beach on hot summer days. A roundabout, and like some sort of sand blighted explorer, I see the sea. Oh, I do like to be beside it. I stop, get out, and take a photo. A real feeling of achievement. To have crossed this desert in under an hour. The splash of the waves, the breeze filling its lungs and exhaling. 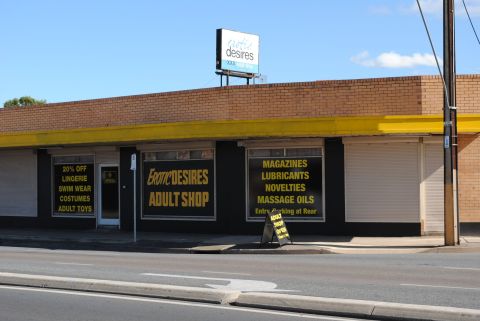 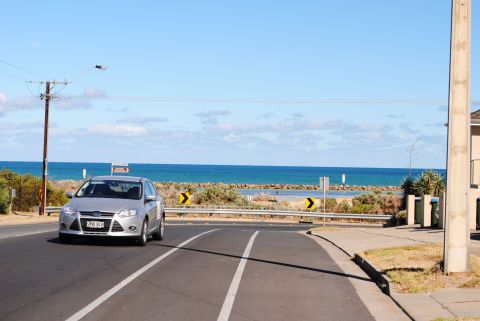 And there’s Fort Glanville. From when the government convinced itself the Russians were coming. The barracks, the heavy walls, the painted cannon still waiting for the invasion that never came. Why, I ask myself, would anyone worry about Adelaide? Wishful thinking. Unless, of course, Russia was short of frog cakes, or Crows’ season tickets. 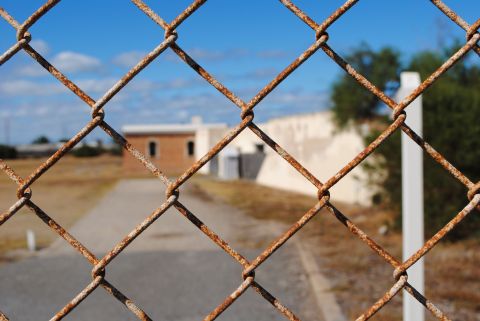 I turn around and head home. Not quite the entire length of GJ, but not far short. Up the hill that is all hills, the road that is all roads in Adelaide. Starting from where our ancestors got off the ship, to where they’ve finally settled in with ale, Waleed and a Black and Gold happiness that defies my understanding. Is this why our folk came all the way from England, across their own grand junction of worlds?

I pull into Port Misery on the way home. This was the first wharf built along the Port River. Except it was swampy, and the ships got stuck, and no-one could land, and (I guess) everyone wondered what the hell they’d done with their lives. But they kept going, and sent their own semaphore to the world. To the north, I see the out-of-place apartment blocks of Port Adelaide, and south, a few blokes looking for crabs, or fish, or something. As the cars and trucks thunder past, metres way. Perhaps it’s not the road that matters. Maybe it’s the people, dragging their arses from work to home to pub to netball to, at last, the White Lady. Not that roads are metaphors, or that life is made up of the random intersections of girlfriend, marriage, kids – you know, that stuff. Thing is, people will still be driving along GJ in another hundred years, and they’ll have no idea who I, you, or anyone was. 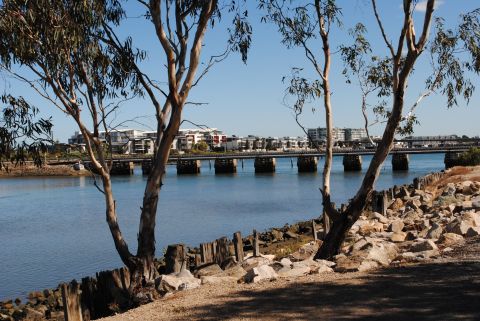 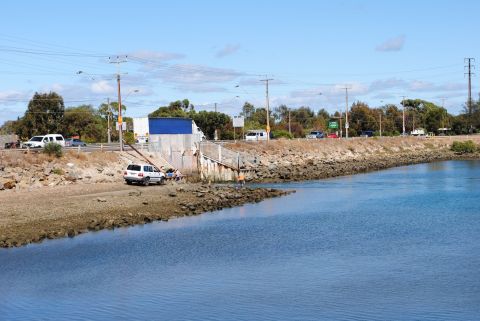 So you know what I like best about GJ?

It’s that you don’t need to turn a single corner to get to the other end. Simple, no fuss. And idiot-proof. Like a whole city putting its faith in a fish.

Stephen Orr is an Adelaide-based writer of both fiction and non-fiction. His most recent book is Datsunland.