The last vestiges of summer seemed to vanish with the dawn of the Marshall era. Ominous clouds, blustery winds and intermittent drizzle greeted the incoming Premier as he awoke to the first day of Liberal government in South Australia for 16 years, but the beaming smile never left his face.

Four years on, the man who had infamously lost the unlosable election had now won the unwinnable one.

And – after all the setbacks, heartbreaks and fears that the fledgling SA Best was poised for an electoral snatch-and-grab raid on a swag of Liberal heartland seats – he had done it surprisingly easily.

Less than three hours after the polls closed, it was clear the Libs would be returning to office for the first time since 2002.

Fresh-faced candidates took to the stage at the Hackney Hotel, addressing the gathered hordes as Liberal heroes.

But there were echoes of the past too – former premier John Olsen, of late the party’s state president, took the podium to rev up the crowd before Marshall arrived, accompanied once again by the strains of The Killers’ The Man, the pomposity of which finally seemed vaguely apt for the occasion.

If the Libs were cock-a-hoop, the mood was hardly despondent over at the West Adelaide Football Club, where the Labor faithful were doing what all South Australians briefly did during the statewide blackout that so defined the Jay Weatherill era, for better and for worse – contemplating a period without power. 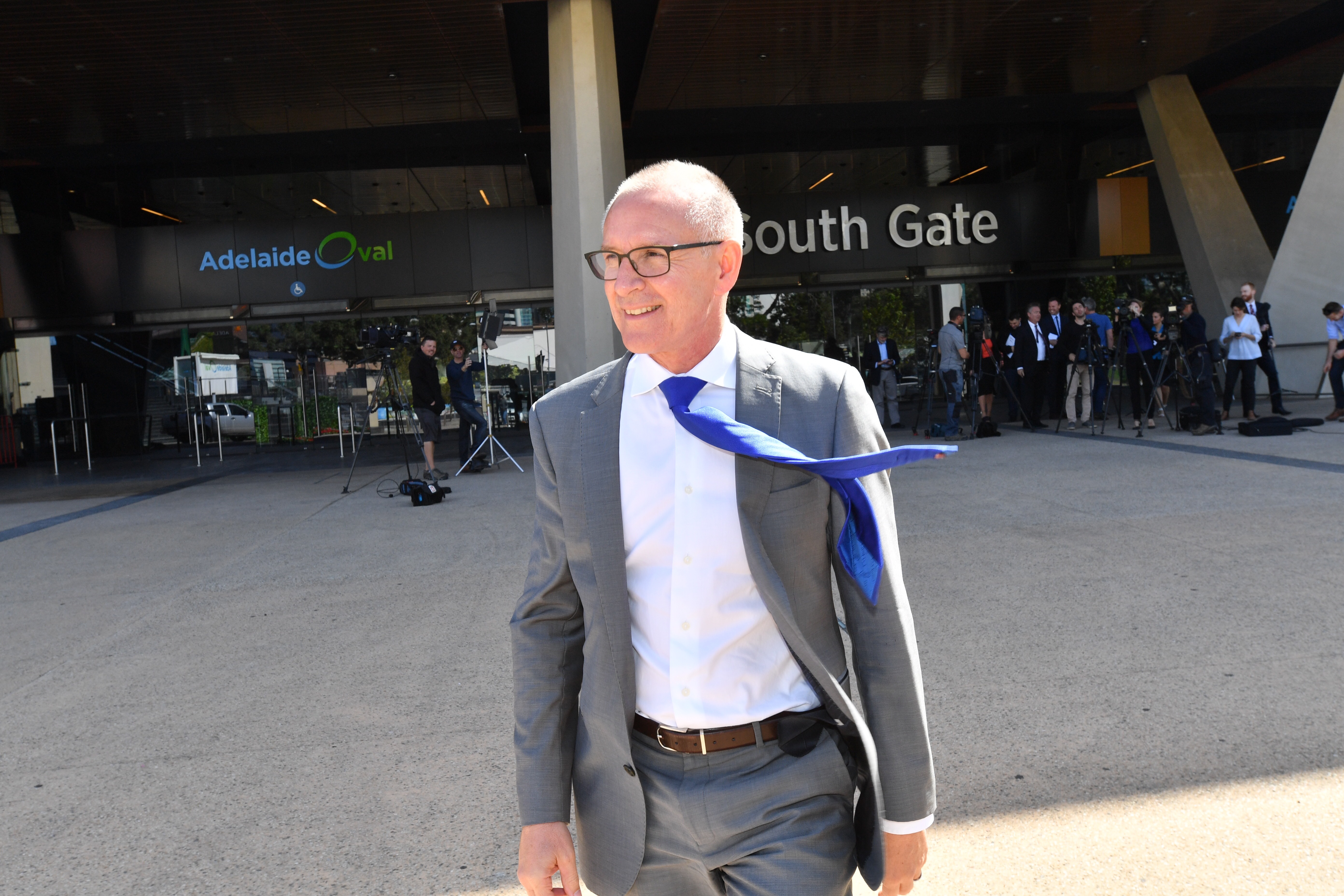 As forecast on election eve, the sense among Labor insiders is less despair than relief – after 16 years, they have not merely saved the furniture but kept a spare set of keys to the front door. After muddling through the limited Xenophon effect – a disruption that was, in the end, more a mouse’s squeak than a lion’s roar – Labor will end up with a statewide two-party swing in its favour, a factor that will somewhat complicate post-mortems when strategists ponder exactly what the electorate was trying to tell them.

It’s arguable, too, that after 16 years the vote for the Liberals is hardly one of confidence – a statewide lower house primary showing of 37.4 is hardly a ringing endorsement, nor is the effective addition of around four new seats anything approaching a landslide win.

But that’s to discount that the Libs – for once – took a concerted electoral strategy to this election. They targeted the seats they required to form government, ensured they held their ground elsewhere and more or less ignored all else.

If there was a symbol of the changing of the guard, it might have come with the blue tie an avowedly relaxed Jay Weatherill was sporting as he fronted the media yesterday, eschewing the Labor-red he had defiantly donned throughout the campaign.

“I’ve rid myself of my battle dress and I’m now moving into the next phase of my life,” he joked. Indeed, he was in a surprisingly jocular mood as he held court at the Riverside entrance of Adelaide Oval, which will surely be one of the enduring symbols of Labor’s reign.

“Relief,” he said, when asked what he was feeling after leading Labor to its first election loss of the millennium.

“I’ve always believed the judgement of everyday ordinary South Australians is the best source of wisdom we have… now that the decision’s been taken, you just get on with the rest of life.” 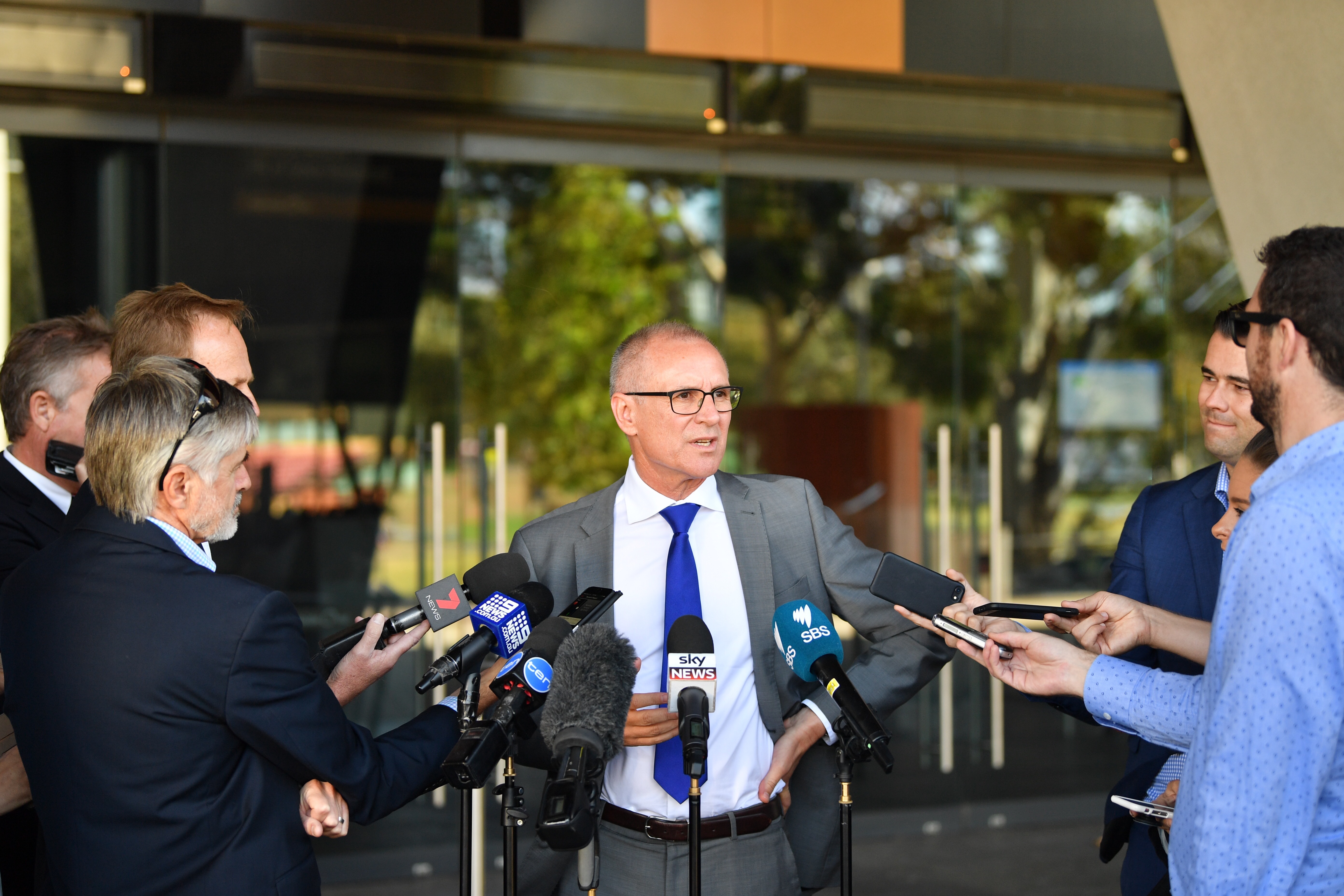 The Unwinnable Election, then, was in many ways a victory for both major parties. The only true loser from it was, ironically, the man whose return foray to the election fray had once turned the contest on its proverbial head, and made it such a fraught prospect to begin with: Nick Xenophon and his fledgling SA Best enterprise.

‘Citizen X’, as he says he will now be known, cut a pensive but wearily resigned figure yesterday, trudging up North Terrace to meet reporters on the steps of the building he sought to re-enter as the member for Hartley.

Symbolically, he spoke outside the front door, which was firmly closed and locked.

I raced off from Weatherill’s nonchalant journalistic debrief with just minutes to spare before the fallen SA Best leader’s press conference was scheduled to start.

But, true to form, it was many more minutes before he arrived. It was typically Nick: chaotic, harried, late for his own funeral. Which, in a way, this was. 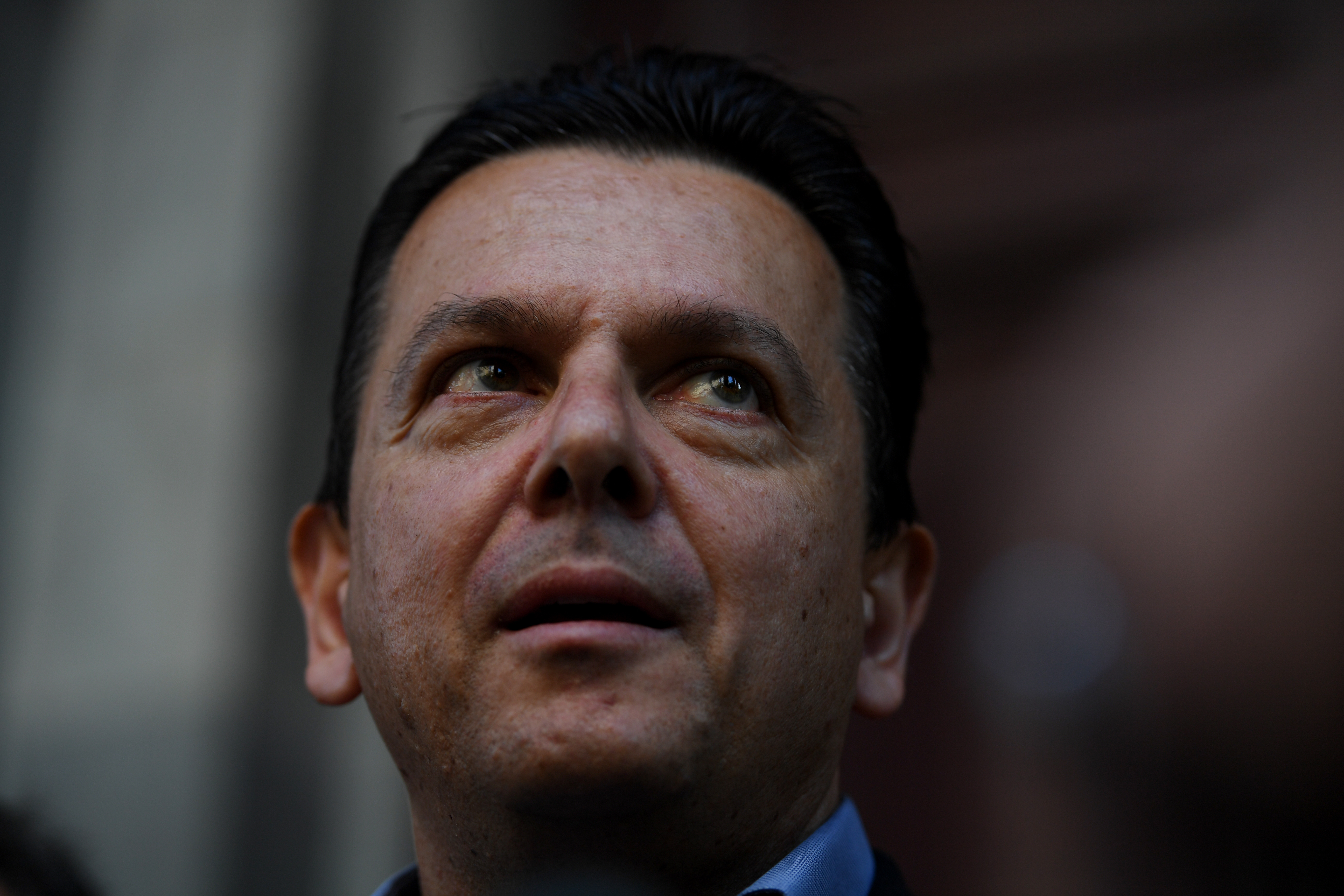 “You’ll be doing this from now on, not me,” he told his cohorts Frank Pangallo and Connie Bonaros, whose two upper house seats are SA Best’s scant consolation prize.

At the high watermark of December’s stunning Newspoll, which put the party ahead of Liberal and Labor on a statewide primary of 32 per cent, they would have had designs on four Legislative Council berths.

Back then, seasoned major party strategists reasoned the statewide showing would see Xenophon beat the Libs on seats to become SA’s de facto Opposition – a notion that while it now seems preposterous also points to the brittleness of contemporary political support.

“I’m not wiping a tear – this is the wind,” the state’s political jester laughed as he fell foul of the prevailing breeze for the second time in as many days.

But despite the bravado, there is no sugar-coating the disaster this was for SA Best.

Barring a miracle in Heysen, the party will finish not in a power-sharing coalition, nor with the balance of power – but with nothing. Not a single seat in the House of Assembly, and its political capital bottomed out.

I genuinely feel for Xenophon, a good man who has far more substance than some commentary is now implying. But there is less sympathy for some of his candidates who read Newspoll three months ago and assumed they could just hand over $20,000 for a seat in parliament. 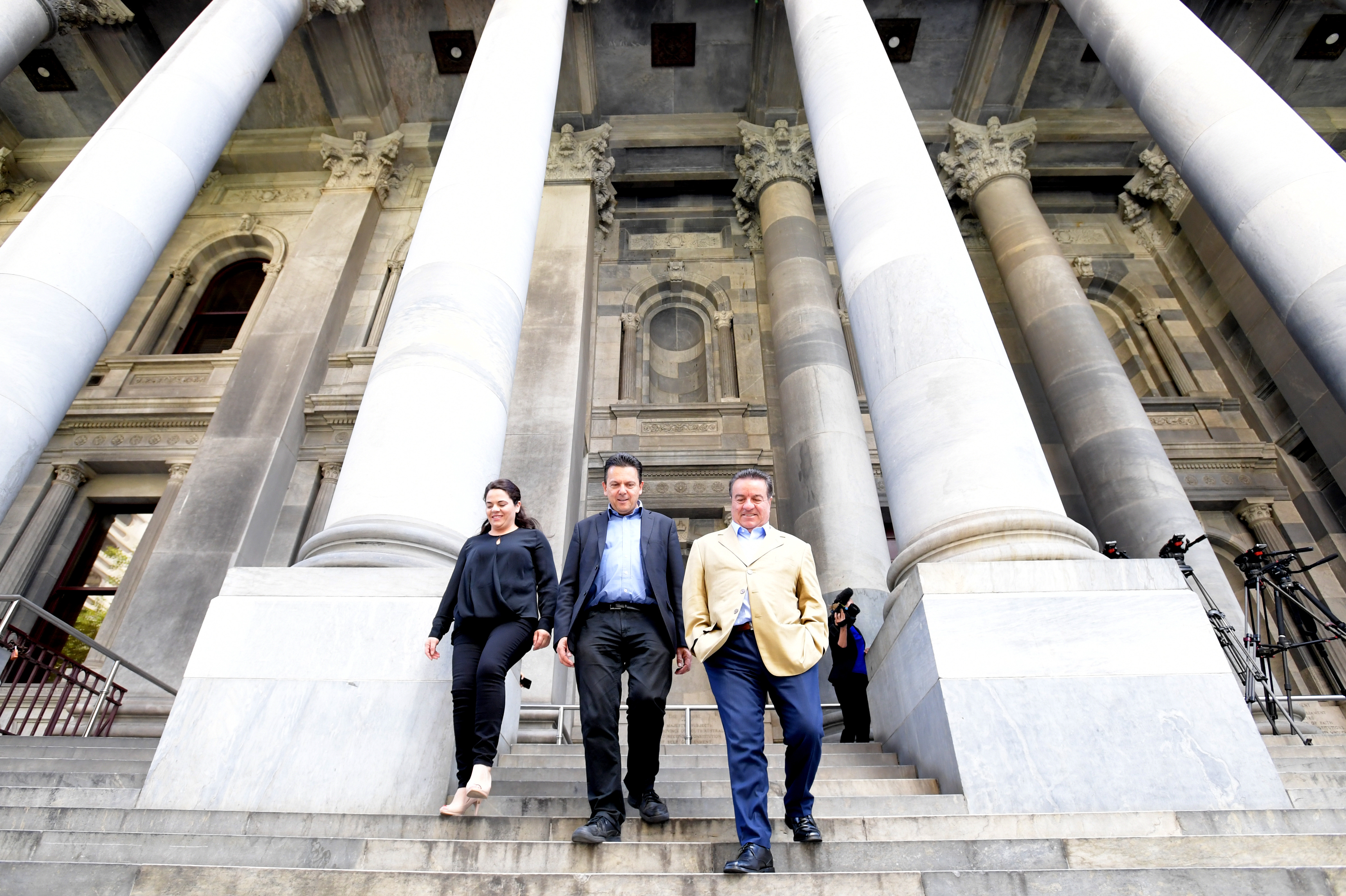 Frankly, whether you like or loathe the Liberal or Labor parties, their MPs have worked within their ranks for years, having signed up to a set of philosophies and cultures. Most of their candidates had been blistering their feet for many, many months in their bid to win their chosen seats.

Xenophon now concedes he took on too much, spread himself too thin, and started the whole enterprise far too late.

“It would be at least a year out,” he said of when he would select candidates if he had his time again.

On election night, as Xenophon rightly kept a brave face for the shell-shocked hangers-on, he oddly maintained that they were still in the hunt in seats such as Chaffey, and bewilderingly implied that they were in the box seat for Heysen.

This was the first time the penny genuinely dropped for me that this party might not actually understand how elections work.

Not only was the SA Best candidate in Heysen behind on the numbers then available, he remains more likely than not to finish in third place once Greens preferences are allocated to the ALP.

The same goes for Xenophon himself in Hartley.

Indeed, ever since 1997 – when he managed to harvest enough preference flow from a statewide vote of 2.86 per cent to be elected to the Upper House – Xenophon has never really dealt with preferences.

In 2006, he got enough votes for two quotas in his own right, but couldn’t get a third candidate elected on preferences. His running mate Stirling Griff also fell short of turning Xenophon’s near-two quotas in 2013 into a senate seat.

In 2016, the NXT effectively forfeited two federal lower house seats, Barker and Grey, after refusing to countenance a preference deal with the ALP.

For the most part, Nick’s success has always been by dint of his own extraordinary primary vote.

The dark art of preference whispering has never been his game.

Hence, he never really engaged with the process this time round. He didn’t even return calls from the Greens to discuss preference swaps until after they’d printed their How To Vote cards.

Asked why not, he conceded there was a “whole range of things that could have been done differently”, including in his own seat.

“But I was flat out helping run a campaign for a range of other candidates,” he admitted.

But he should surely have understood that SA Best’s entire caper this time round depended on finishing second on primaries in target seats and then riding the preferences home.

In the end, that December Newspoll may have been his undoing.

He admits it was then that he lifted his sights from running 12 to 20 candidates to well over 30, after being inundated by a tsunami of opportunist wannabe-MPs.

SA Best’s failure then is an ironic one for a party that sought to break the mould of conventional politics.

It failed because it was poll-driven.

“All of us shouldn’t have believed the opinion polls – but that’s a salutary lesson,” Xenophon shrugs.

It is one he now has a long time to ponder. 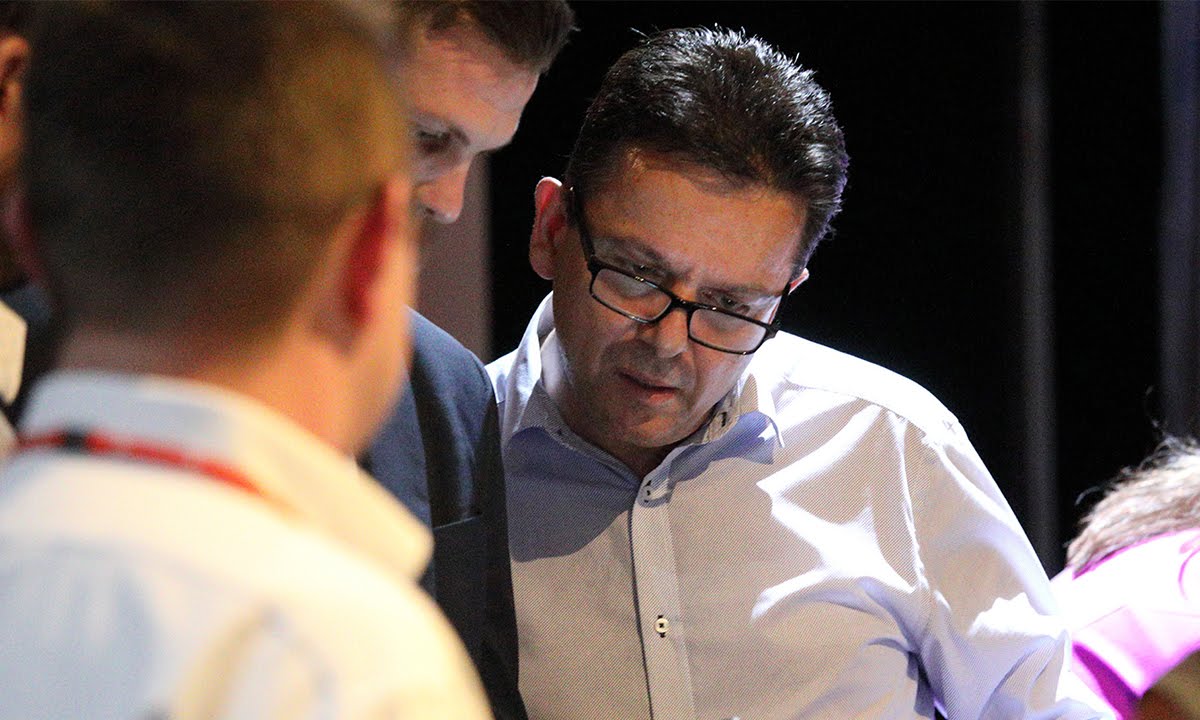 Meanwhile, though, South Australians must ponder what the future holds under a Marshall Government – a phrase that seemed astronomically unlikely at periods over the past four years.

The Marshall era appears to have kicked off with a deliberate bid to keep a firm leash on the media – a style reminiscent of both the shortlived Tony Abbott administration and the halcyon days of ‘Media Mike’ Rann, both of whom controlled the mainstream agenda by keeping parliamentary reporters lean and keen for whatever morsel they were allowed.

Marshall’s Sunday morning press conference – basking in the triumph of the night before, an evening 16 years coming – was nonetheless cut off after a few minutes, so the incoming premier could rush off to another pressing engagement: a coffee and chat with his newbie MPs. 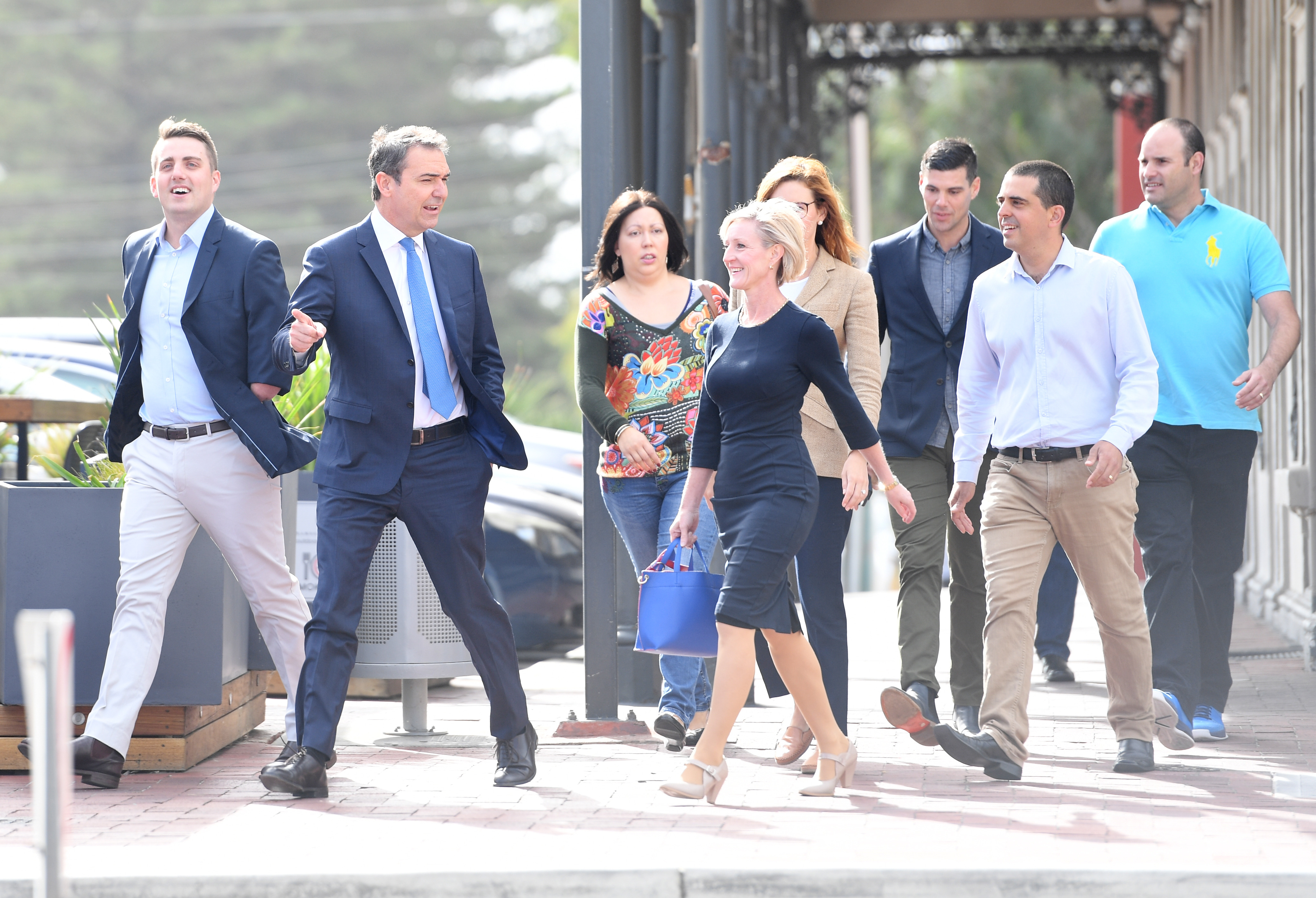 Media were similarly curious that cameras were shut out of this morning’s seemingly obvious photo opportunity, the swearing-in of the new Premier and his deputy, although this appeared to be an issue of logistics and protocols at Government House. But a subsequent picture opportunity with the new Premier getting his feet behind his new desk was similarly tightly-managed, with only two cameras allowed in and the photos to be distributed thereafter.

It seems after 16 years of being kicked around, the Libs are keen to establish a semblance of authority.

Marshall was today sworn in with sidekicks Vickie Chapman, a fixture of the Liberals’ wilderness years, and Rob Lucas, the only new minister to have served in government before.

Something old, something new. 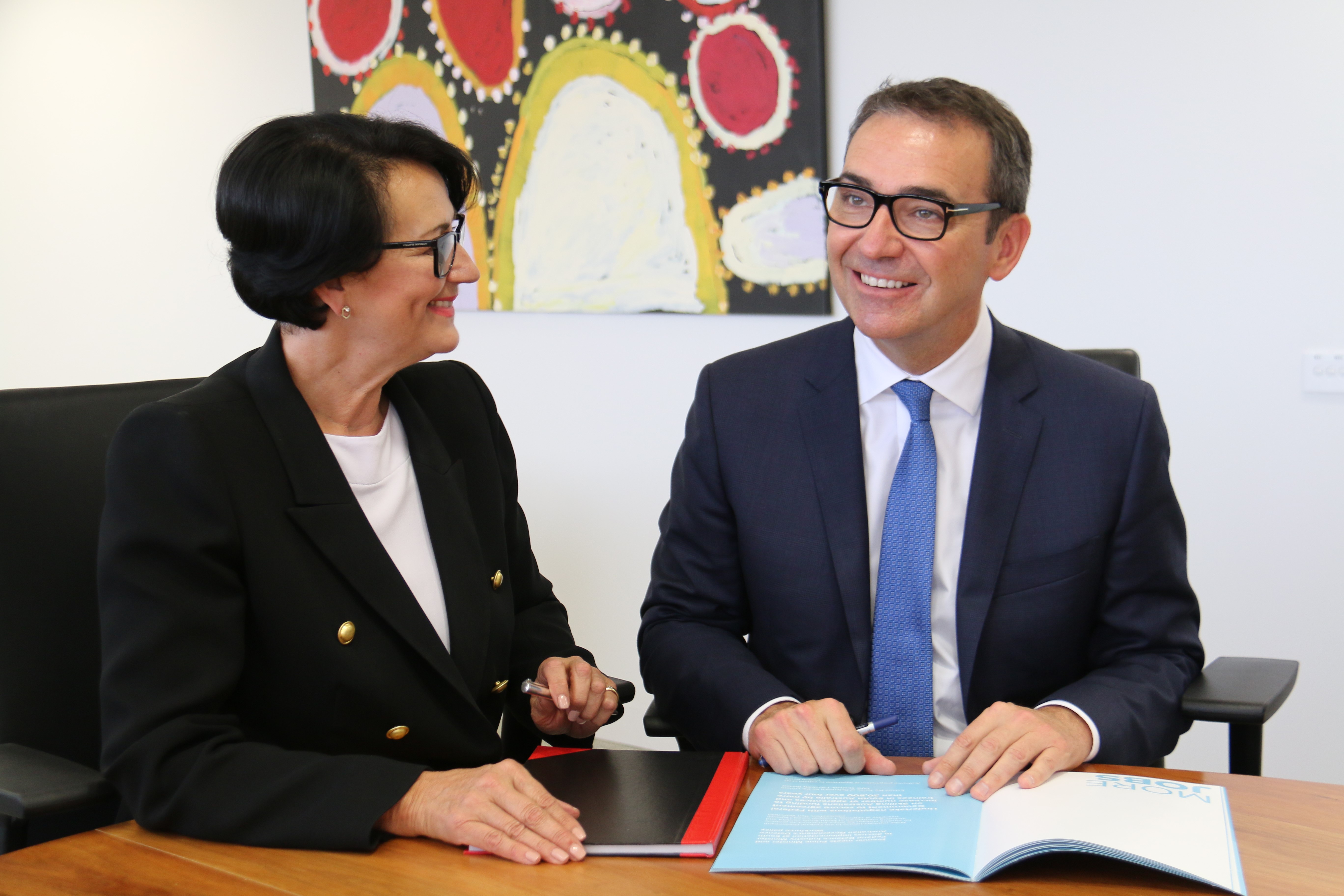 As much as it feels foreign to address Weatherill without calling him ‘premier’, it will take some time to adjust to thinking of the Liberals not being in perpetual Opposition. And not just for us, but for the party itself.

It must now raise its sights to the task of Government – and the mindset that goes with that.

There’s every chance that Marshall will make the transition from carping Opposition Leader to positive premier seamlessly – as Mike Rann did before him.

But, like Mike Rann, he enters government with little leeway. The Liberals have a majority, but the electoral map has hardly turned blue.

It seems the electorate was, at last, willing to have a look at what a Liberal Government will offer.

It’s not an overwhelming mandate, but it’s a start. It’s something.

And after 16 years, it’s something the Liberal faithful will gratefully accept.