Finally, this zaniest of South Australian elections – which has loomed so long on the horizon, rolling towards us like some subsuming political tsunami – is almost upon us, ready to engulf us in its chaotic wave.

But it’s likely polling day itself won’t bring the catharsis that the interminable build-up demands; rather, it will mark the moment of impact, with weeks, perhaps years, of aftershocks to follow.

A swift result seems a pipe dream; and even when the final seat tally becomes clear, it could be merely a precursor to another round of bartering. Over Hawaiian pizza, as tradition dictates.

It seems long ago now that the leaders kicked off the campaign proper, Jay Weatherill striking a reflective tone posing for a pint with his old man – a romantic appeal to the Labor base that seemed to sit strangely alongside his broader pitch for economic transformation, green energy and advanced manufacturing.

Steven Marshall entered his campaign launch to the somewhat highfalutin strains of the latter-day Killers track ‘The Man’, whose lyrics (‘I got gas in the tank, I got money in the bank, I got news for you baby, you’re looking at the man’) told of a cockiness neither familiar nor, indeed, warranted, for a generation of Liberal believers. 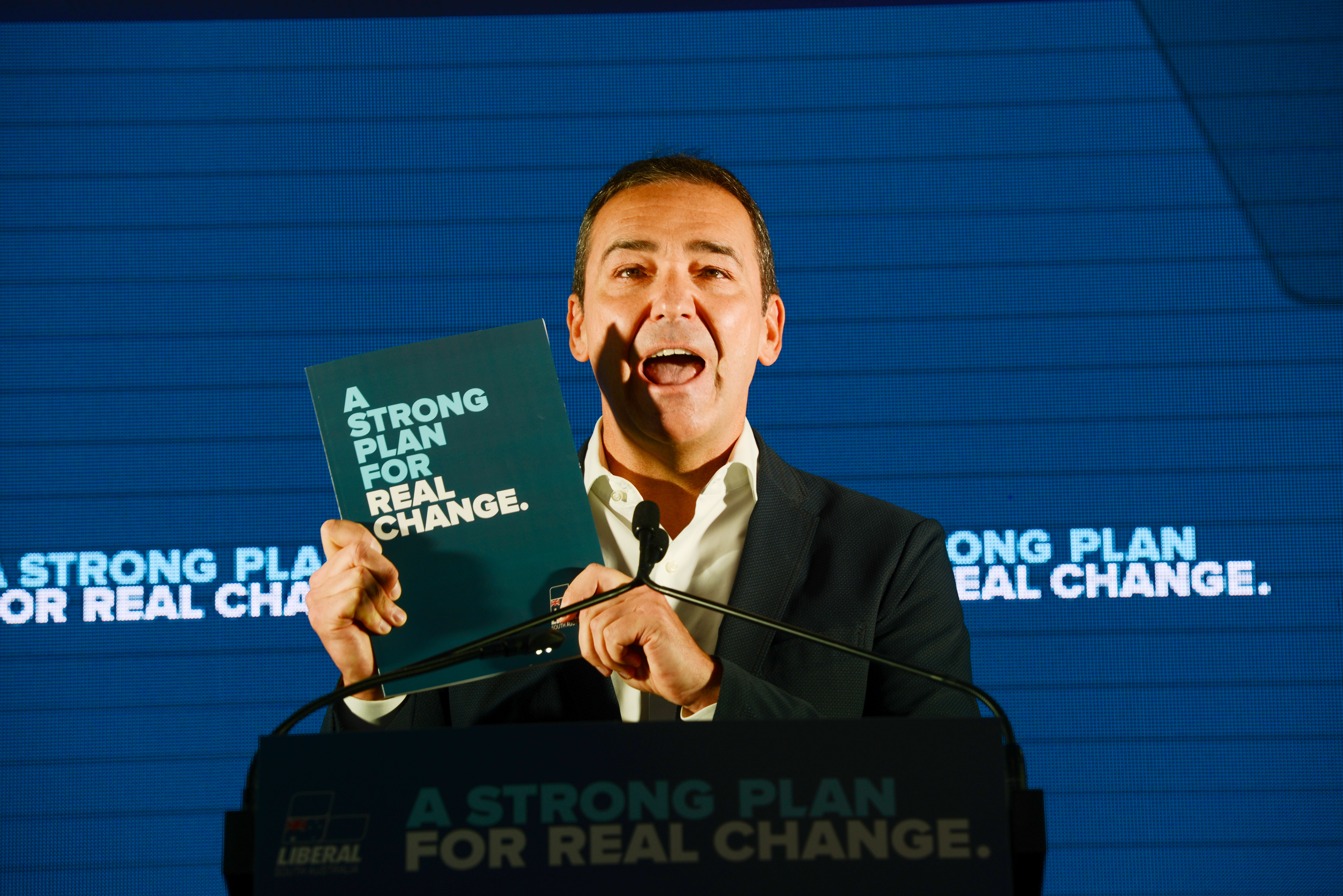 WHO DA MAN? Steven Marshall, at the Libs’ campaign launch, says he’s a man with a plan. A strong one. Photo: Brenton Edwards / AAP

It was an odd choice, not merely because for half the population it no doubt dredged up unwanted memories of AFL Grand Final day, at which the Killers performed before the killing. But also because the cocksure bravado, designed no doubt to project confidence in a leader about whom few are confident, appeared almost comical. They might as well have gone with this instead:

But it’s hard to conceive of anyone taking the stage tomorrow night before their party faithful to such upbeat strains – although in the end, of course, this most unwinnable of elections must have a winner – and a loser. Or losers.

It’s no sure thing, but – for the third election running – the prevailing punditry appears to be for some form of Liberal Government once the tsunami subsides.

If that prognostication eventuates, perhaps this would be an apt tune with which the ALP faithful can serenade themselves on election night (it was originally performed by Wicksy from EastEnders, which could be a nod to the fact Labor has been sniffing around Marshall’s Dunstan digs):

As Nick Berry put it back in the tasteless ‘80s: “We nearly made it, we nearly found the perfect combination…

“The road was right, we must have read the signs wrong – and now it’s all gone.”

As Wicksy went on: “But if we’d made it, could we be sure that it was for the better? Nothing is certain in a changing world [but] every loser wins.”

The question is, at what price?

A narrow loss after a campaign run on a clear and decisive policy agenda could leave the party galvanised, hungry to regroup and challenge again.

By contrast, another against-all-odds victory could see a fifth-term Labor Government complacent, arrogant and more convinced than ever of its own invincibility.

We have seen this happen time and again, where governments that narrowly survive perhaps a term longer than they deserve pay a heavy price at the next opportunity. It happened after Keating’s Sweetest Victory in ’93, ushering in 11 years of Coalition rule. It happened in New South Wales, where the dwindling legacy of Bob Carr paved the way for a succession of decreasingly-popular premiers and a 2011 poll rout from which Labor have never recovered. 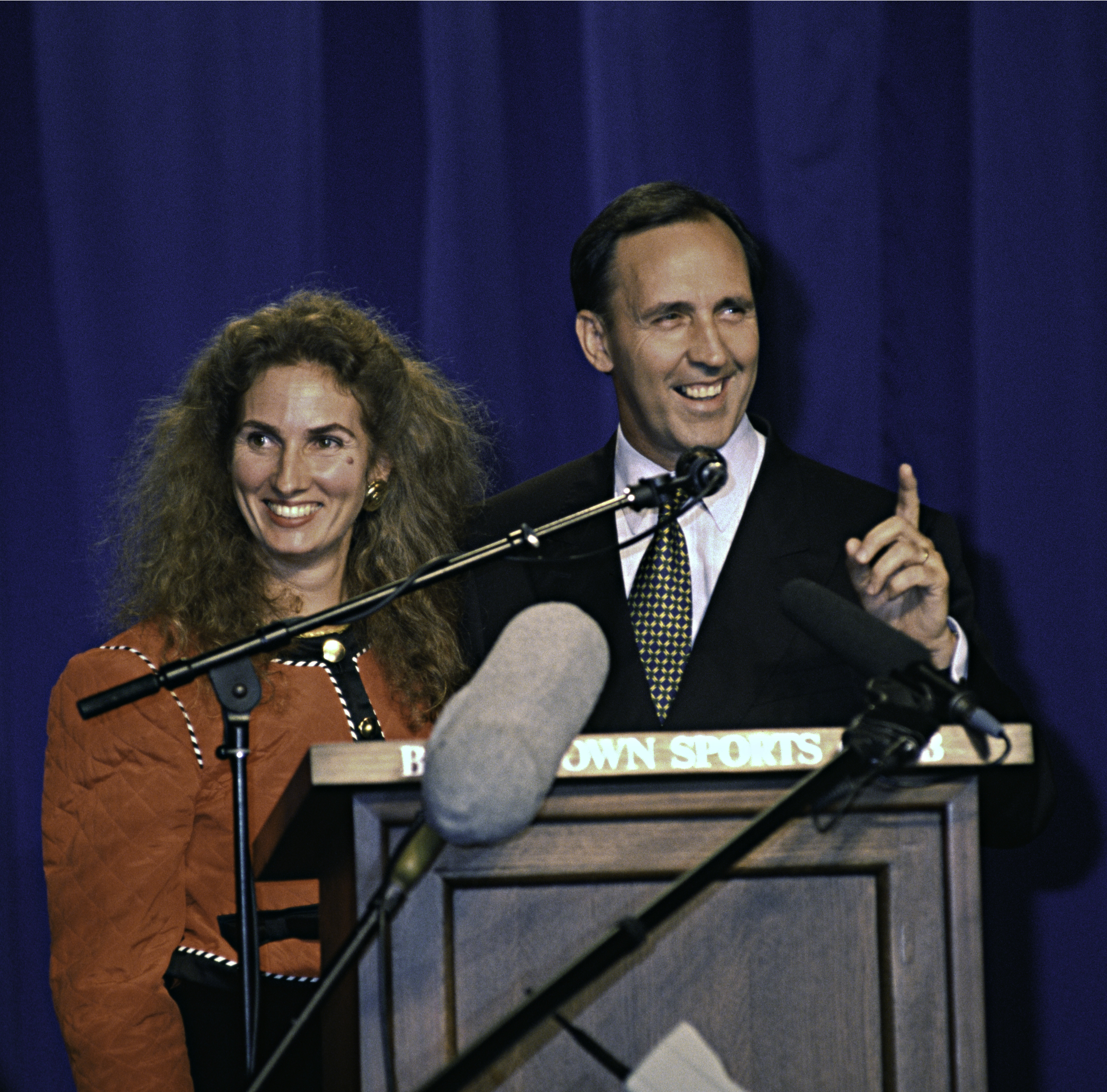 Crystal balls are in short supply in SA politics at present, but it’s worth pondering how many years of government Labor may ultimately squander if they pull off a victory tomorrow.

By the same token, the Libs – as they should – are shooting for outright government. Because anything less could be disastrous for them.

Those within the ranks that remain unconvinced by Marshall’s credentials won’t be won over by a leader that limps over the line – particularly if he is forced to deal with Nick Xenophon after explicitly and repeatedly ruling out doing so.

Such a victory could be pyrrhic: as they did in ’93, the Libs could well fall back into endless ructions over who they are, what they stand for – and who they want to lead them.

So while this unwinnable election will, of course, have a winner – it could still take some years before we can definitively say who it is.

And then there’s Xenophon.

The SA Best leader already appears to be a victim of his own success, and hubris.

If his campaign crashes tomorrow night, he will no doubt ponder questions such as whether he picked the right seat for his own parliamentary tilt, whether he ran too many candidates and, indeed, whether his party in the end tried too hard to come across as a second rate imitation of the major parties it sought to disrupt.

Which, in part, is our fault too. It was, I think, reasonable for Xenophon to be treated as an equal player in this campaign, given his early poll standing, the realistic projection that he could make double-digit gains and, indeed, play a key role in the state’s next government.

But it is, nonetheless, unprecedented for the leader of a party with as yet no seats in parliament to be obligatorily invited to every leadership debate, to respond to every policy question, to be everywhere all the time.

I wonder whether Xenophon would be riding higher today had he from the outset refused such entreaties, and remained the political outsider, an annoying cur yapping at the heels of the political establishment. 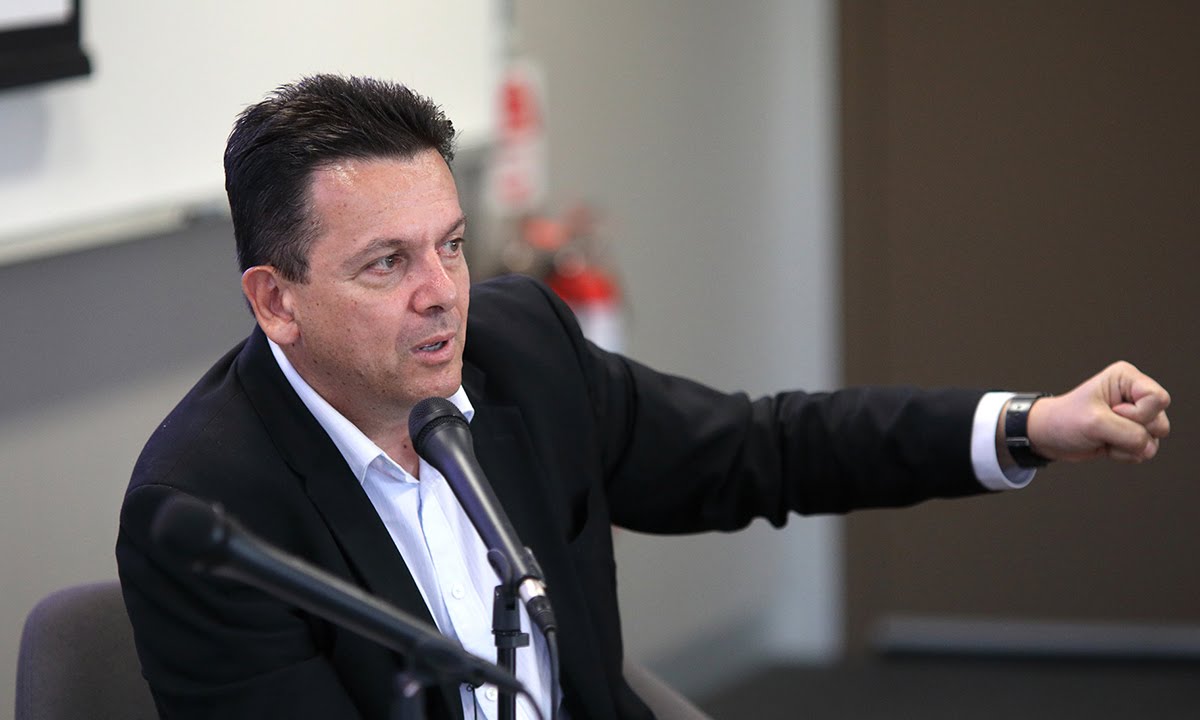 While anything less than majority government might be considered a failure for the Libs, it’s worth recalling how real the threat that Xenophon would burn down their heartland once was. That we now no longer speak about seats such as Davenport, Morialta, Kavel and Finniss being certain SA Best gains is already a sign of a successful Liberal grassroots campaign, and cause for muted celebration (unless of course they all end up falling to SA Best!)

But let’s not write off Nick’s campaign completely.

Successive polls can be misleading, given they only measure respondents’ primary vote – a fraught undertaking in an election in which preferences will be the decisive element.

It’s entirely possible that the drop off in Xenophon’s primary support has been due to the emerging narrative that he could actually govern in his own right – which was never a realistic prospect.

The 32 per cent pre-Christmas Newspoll that ignited the campaign demonstrated a broad regard for Xenophon, and I doubt that’s entirely dissipated. But the support for Xenophon was likely as a watchdog, a spoiler, an honest broker, maybe even a premier – but not an establishment player.

On which basis, I doubt he’s gone from the top of one third of SA’s ballot papers to the very bottom. And it’s eminently possible that Xenophon and his party will still be many people’s second preference – the safeguard against the establishment’s excesses.

If that happens, he will win seats. How many? That remains to be seen.

Weatherill can dream big, but we also know that too often his Government has come undone by failing to focus on the minutiae

Labor’s platform is sound, but it is built on a foundation of mixed success.

We all know Weatherill can dream big, but we also know that too often his Government has come undone by failing to focus on the minutiae.

The term “culture of cover-up” has been used after the school abuse scandal that prompted the Debelle inquiry, and found an echo with the later Oakden scandal.

Weatherill’s office in December received a letter, signed and dated, from a woman complaining of her treatment by Hildyard in 2010-11 while she was at the Australian Services Union.

But the letter also warned that “a number of other former employees have spoken with me, unsolicited, about their traumas”, that “one current MP [confirmed to InDaily as Hildyard by the complainant] has displayed a pattern of behaviour that is more than simply unprofessional [and] may continue to have the effect of denying workers their very basic right to a safe workplace”.

The Premier’s office referred the matter back to the ASU, and suggested the complainant should contact Safework SA.

Unsatisfied, the complainant approached InDaily with the correspondence. InDaily has chosen not to name her.

Weatherill now says that the matter is of no consequence because it has been raised on the eve of an election.

He knows, however, that InDaily first raised this matter with his office two weeks ago.

It took a handful of phone calls by InDaily to former electorate office staff to establish that the contents of the letter were worthy of attention.

But it was InDaily that made those calls – not the Premier’s office.

Staff members – who had to be convinced to share their stories, and whom InDaily has chosen not to identify – have described what they felt was a “toxic” working environment. A letter written by one to another contains allegations of “abusive behaviour, bullying, and emotional manipulation”.

Staff say they raised these matters with a union official. He did not respond to InDaily’s inquiries.

He too did not respond to inquiries.

Instead, they simply say that “the Premier expects all ministers to uphold high standards of behaviour at all times” and that Hildyard has denied the claims.

As of today, Weatherill says he has not raised the matter with her.

Regardless of whether the claims are warranted or not, the fact they have been made must surely demand steps be taken to determine if there is a basis for concern and a need for action.

And it does raise the question of whether the lessons from successive failures – failures to be inquisitive about serious issues raised, predicated on the assumption that things are supposed to work as we would like them to work – have indeed been learned. Or were they merely acknowledged?

Win or lose – or somewhere in between – Labor would do well to reflect on its culture in the weeks and months ahead.

Particularly as it is, in part, a culture fostered by its own success, and its own invincibility. 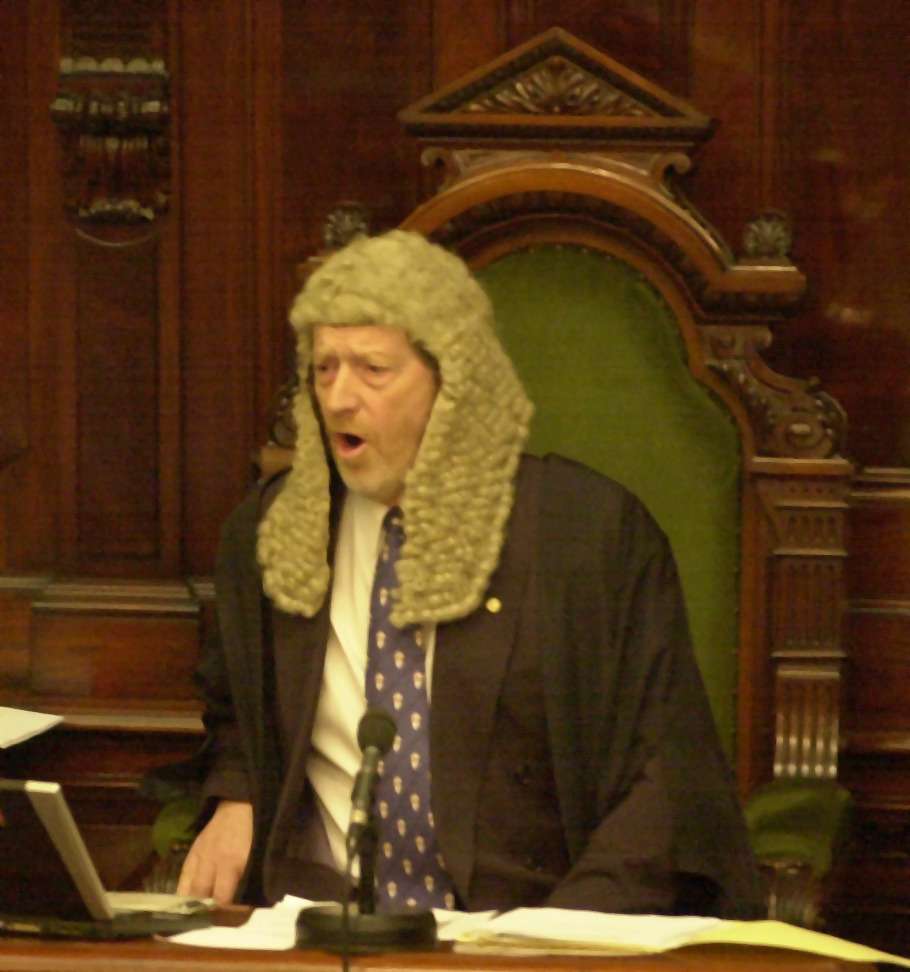 And reflection, rather than regret, would be the appropriate response if the ALP is crowbarred off the Treasury benches in the coming days.

For 16 years is an innings they would never have thought possible back when they slinked into power on the capricious whim of a Liberal renegade called Peter Lewis, who died last year aged 75.

And Lewis himself, though he lived to that fairly ripe old age, would hardly have dreamed back in 2002 that he would never again see the party that put him into parliament form government.