I was back in the Northern Territory earlier this week. It’s a vibrant place, typified by a youthful attitude and young people willing to have a go, owing to its migrant population which borrows heavily from the rest of Australia and abroad.

Scratch beneath the surface, however, and there remains the grave problem of a dramatic over-representation of Aboriginal and Torres Strait Islander men and women before the courts and held in the Territory’s jails.

It was after the Law Council of Australia’s 2015 Symposium about Aboriginal and Torres Strait Islander people that I realised there were answers to this endemic. I wrote about it then but, predictably, little has changed. Governments seem to lack the preparedness and conviction to act upon what is a multi-layered social issue.

Perhaps chief among the contributors to prison populations in places such as the NT and Western Australia is mandatory sentencing.

Superficially, mandatory sentencing makes sense. Do the crime, do the time. It’s a simple solution that stops weak-kneed courts giving offenders another chance. So the argument goes…

The problems and solutions, however, are far more involved. For every crime that is committed, there is a different set of circumstances. If parliament determines in advance what a penalty shall be – without considering a single fact of any individual’s own wrongdoing – you will get some weird outcomes.

Take the infamous case of Jerry Dewayne Williams who by taking a slice of pizza, while drunk, from some frightened boys at a Venice Beach cafe in California committed a felony crime, his third. Under California’s then ‘three strikes’ law, a judge was required to impose a 25-year jail term. No room for discretion. No room to assess the offending for what it was. No room for mercy.

Twenty-five years for nicking some pizza and scaring some kids – that’s not a just outcome.

Recently, Russell Goldflam, president of the NT Criminal Lawyers Association, lamented that in his 30 years of practice, mandatory sentencing has been “the albatross” around his neck.

In WA, driving when disqualified usually mandates an immediate jail sentence. This is problematic for an indigenous person in a remote community who may drive, even if disqualified, if there is no alternative. As a result, many indigenous people are imprisoned in WA just for that – driving disqualified.

Mandatory sentencing goes back to former US President Ronald Reagan’s “war on drugs”. In the US, if not in Australia, people have recognised that for non-violent offences, mandatory sentencing is not the answer and can inadvertently make people into worse criminals. First, they have a jail history – the ultimate deterrent to potential employers. Second, once incarcerated they are often exposed to criminality that will produce worsening behaviour: jail as a criminal “training ground”, if you like.

I am not “soft on crime”. Parliament is entitled to increase maximum sentences which will lead to longer sentences. I accept that, so long as judicial discretion is maintained. It is mandatory sentencing that I oppose.

Further, this is not a left versus right political debate. The right-leaning think tank, the Institute of Public Affairs, recently published a lengthy piece. “Australia’s Criminal Justice Costs: An International Comparison”, asserting categorically that swelling our prison population was not solving anything and made poor fiscal sense. According to the IPA, our prison populations have increased 39 per cent in the last decade and we were, by OECD comparisons, expensive in our methods of incarceration.

We need to be much smarter with our justice system and how we fund it. Mandatory sentencing just isn’t smart.

Why should a drink-driving license disqualification for a person who lives 10km from their CBD workplace, and can afford Ubers to and from, be the same as a farmer in a remote location where, even if they could afford Uber, the service isn’t available? The common line from a magistrate to such offenders is to be more careful. Now, while that’s true, it does not make the disqualification any more just or sensible. Surely we could allow an offender to drive for work purposes, with a zero blood alcohol/drug level? But no – in our state the disqualification is absolute, with not an iota of discretion in the hands of the sentencing magistrate.

Sentencing Acts, nationwide, do not provide sufficient flexibility to our judiciary to tailor sentences for the individual offender. Why compound that by insisting on mandatory sentences to boot?

What exactly are we trying to cure? One-sided commentary by the Daily Telegraph?

The concept of a smarter criminal justice system is personified in Victoria’s Koori Court system, where sentences passed on indigenous offenders are no lighter but, with the help of community elders, the offender is sentenced only after they have a complete understanding of the law and their wrongdoing. Frankly, this is a system that ought not be limited to indigenous offenders, but none of that is of the slightest value if the sentence is mandatorily imposed.

What mischief does mandatory sentencing seek to address anyway? There is abundant evidence, such as an in-depth Tasmanian study involving jury members, that non-lawyers are inclined to impose lighter sentences than judges. So what exactly are we trying to cure? One-sided commentary by the Daily Telegraph?

Mandatory sentencing has been embraced by both sides of politics, by parliamentarians trying to convince voters they are tough on crime. No matter that, on closer analysis, it makes no sense and leads to unnecessary terms of imprisonment, economic cost and poor results. Russell Goldflam rightly referred to it like this:

“The politicisation of the process … is very corrosive of the justice system being separate from government. Election campaigns … are often fought on law-and-order issues and that degenerates into a law-and-order auction.”

Mandatory sentencing is responsible for a deluge of indigenous people passing through the revolving doors that are our jails. How many? We can’t say. Statistics are so badly kept we can only rely on the ABS to give us a once-a-year, point-in-time number, but we know the number is steadily and inexorably going up.

If our governments were in the least interested in the plight and number of these people in our prisons, they would knock mandatory sentencing on the head and reintroduce judicial discretion into all aspects of sentencing; that, and greater resourcing of courts and correctional facilities so offenders properly understood their crimes and could be housed in facilities other than full-scale prisons.

At the end of the day if a judge gets it wrong then appeal. That’s what our appellate courts are for. 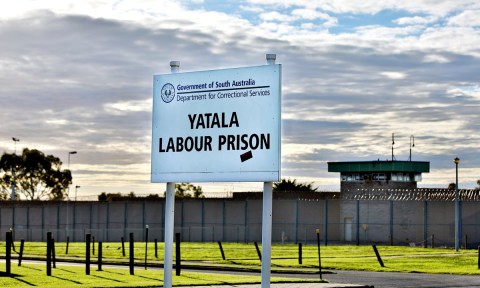 I expect, of course, to receive the customary contrarian comment when publishing something as radical “as our justice system is not working real well and here is a way in which we might do it better” – but consider two further things.

First, crime has always been with us. It is a fact of life that some people offend. The question is how to deal adequately with them.

Second, the courts pick up the pieces, but the community produces the results. For many offenders, it’s often “all over” by the time we see people in the criminal justice system. Perhaps some commentary around that might get us all thinking about how to – and how not to – tackle an age-old problem.

Right now, however, we are not doing a good job at all, and mandatory sentencing is at the forefront of what is wrong.