It’s reasonable to predict, on balance, that the Liberal Party will form South Australia’s next government.

But it’s no sure thing and, after 16 years, that fact alone is fairly damning.

Moreover, it is far from a stretch to presume that if Steven Marshall becomes premier next March, it will not be through some drought-breaking landslide victory, but rather by the whim of a burgeoning crossbench.

Given the consistent polling for the Xenophon brand, it seems inconceivable that SA Best wouldn’t pick up, at worst, a seat or two somewhere. And given their electoral targets, Xenophon’s gains are likely to be at the Liberals’ expense.

But Xenophon is unquestionably the state’s – if not the nation’s – most adept politician at sniffing the political breeze. He would well know there is no way he could facilitate a 20-year Labor reign, particularly if the Liberals again snare the lion’s share of the two-party vote.

After all, Xenophon’s shtick is all about breaking convention, and holding power accountable. That mantra would not stand up to much scrutiny if his fledgling party’s first act in parliament was to re-endorse a five-term state government.

So, yes: the smart money would be on the Liberals to end their 16-year wilderness sojourn in seven months’ time, albeit conceivably without an outright majority.

But, ironically, that could be where their troubles really start.

We have glimpsed in recent weeks the inner turmoil of the federal Coalition partyroom, a lost world wherein personalities, ideologies and egos roam free, routinely crashing into each other but never sitting comfortably alongside one another.

It’s apt that the question of matrimony is one that so befuddles the partyroom, which is itself an uncomfortable marriage of convenience between two factions increasingly unable to reconcile their constituent beliefs.

The thing is, though, it’s no coincidence that the federal party is labouring under the same internecine struggles that have beset the SA branch for generations.

After all, some of the biggest federal players are members of that same troubled branch. And they have, effectively, helped transpose SA’s troubles onto the national scene, which is now wrestling publicly with the same factional spats that have been long commonplace here.

As one Liberal put it to me recently when reflecting on their Canberran colleagues’ travails: “Welcome to my nightmare.”

It may be mere coincidence that the respective figureheads of the moderate movement and the breakaway conservative right both hail from SA. Indeed, they even grew up on the same street, although there is evidently no love lost between Christopher Pyne and Cory Bernardi.

But it does suggest that if the factional schism is deep enough to derail the federal Libs, it is more than enough to consume an already vulnerable state branch like SA.

Steven Marshall may claim to have united a divided party, but the mental image this conjures is one of Neville Chamberlain declaring “peace in our time”.

To be fair, Marshall has worked hard to instil a sense of discipline, and that is significant.

But discipline is ephemeral; division is fundamental.

In reality, the party has rarely been so fundamentally split. It is divided in a way it hasn’t been since Steele Hall formed the breakaway Liberal Movement in the 1970s.

Since that demarcation dispute, there have been ongoing generational feuds centred around personality cults. But the party is now gearing up for a factional war that goes to the very heart of how it sees itself, and for whom it stands.

The only reason this battle royale has not already exploded, scattering shrapnel across the political landscape, is that after 16 years no-one in the state party wants to have to front up for another election post-mortem with the traditional lament that “disunity is death”.

But it is there, simmering to a slow boil.

Consider the openly disparaging remarks made by Tony Abbott about Pyne this week. Marshall is seen, with some justification, as Pyne’s appointment to the state leadership, with his office resembling something of an adjunct to that of the Defence Industry Minister.

If that has helped bestow some of Pyne’s authority on the leadership of the second-term MP, it has also attracted an equivalent amount of disdain.

While the moderates control the most senior leadership positions within the parliamentary party, they are in retreat elsewhere in the SA branch.

The troubled round of preselections earlier this year – wherein the conservatives not only forced generational change within their own ranks but challenged prominent sitting moderates – signalled a right-wing reconnaissance mission, effectively amassing their troops on the border ahead of a concerted charge.

And the problem is that the ideological debates between the right and left factions at present appear almost insoluble; there is no middle ground that will satisfy the deeply held beliefs of both.

The Liberal Party that next takes government in SA will be, in effect, two parties squeezed uncomfortably into one.

Bernardi confirmed this perception when he formed his breakaway Australian Conservatives movement.

It is naïve to think there are not many more who share his vision that remain within the state’s Liberal ranks.

These Liberal conservatives retain one trait Bernardi did not display – patience. But they are similarly on a mission to forge a genuine conservative party.

The only difference is that theirs will be called the SA Liberal Party. 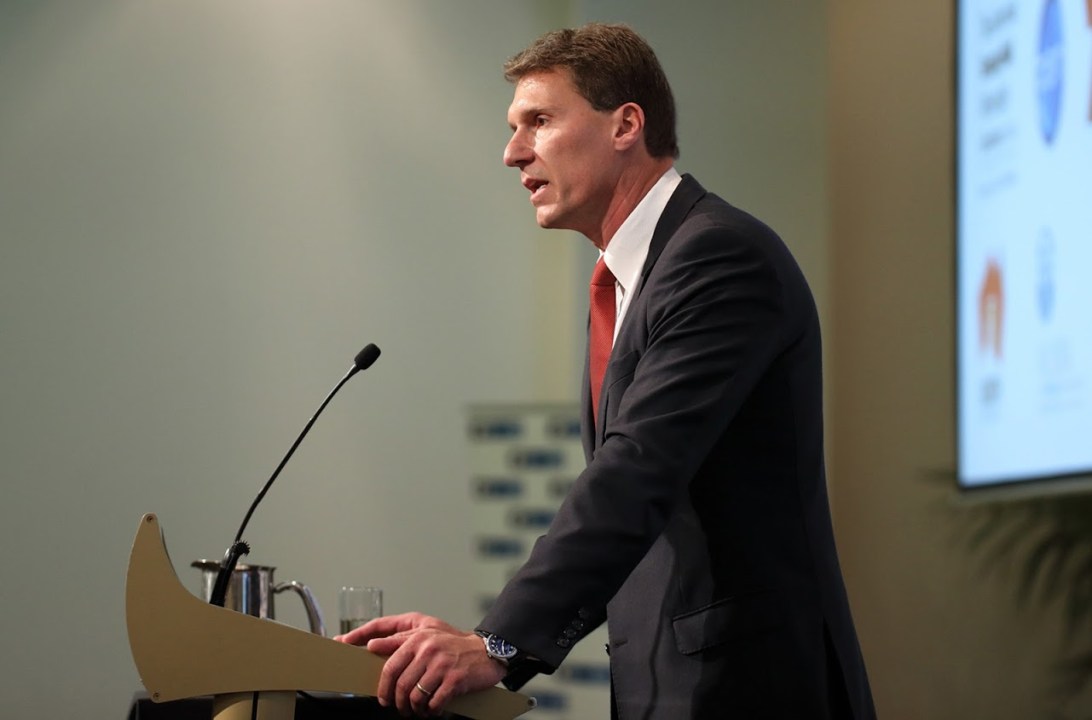 Marshall, though, has a trump card. If he not only wins the state election, but wins big, he should be unassailable (although Dean Brown could tell you that you even a wilderness-busting election landslide is no guarantee of tenure).

But if the Opposition limps into office at the whim of a Xenophon-dictated crossbench, the celebrations will be muted, and shortlived.

Seven months out from the election, the polls appear tight, but there is palpably a broad mood for change.

The problem for the Libs is that they have not yet positioned themselves as the obvious and sole vessel for that change.

That is a challenge they must meet head-on, and quickly.

The electoral boundaries now favour the Libs in a way they previously did not, but that alone is no guarantee of victory.

And if the party merely limps over the line in March, it will be a Pyrrhic victory indeed. And it could ensure that in years to come, the history books will look back on this as the mid-point of three-or-more decades of Labor rule in SA – interrupted only by one chaotic, four-year interlude of minority Liberal Government, a forgettable footnote in the state’s political life.