When it comes to energy it feels like things are moving at lightning speed, and nowhere more so than in South Australia. This state is fast becoming a global leader in the race to renewables.

However, when it comes to State Government energy policy it’s a case of five steps forward, two steps back.

No doubt building the world’s biggest battery was a big step forward. However, the proposed energy security target is a step in the opposite direction.

The Government has released the details of its proposed energy security target policy,  with the laudable aims of increasing security, reducing prices, and stimulating new “on-demand” sources of electricity.

Unfortunately, it was actually designed to incentivise gas plants to generate more often.

At first glance this sounds like it could increase energy security, but it’s actually a regressive idea, which consumers will pay for, if it goes badly – to the tune of $225 million per year.

So, what’s wrong with it?

Firstly, the companies which run these gas plants are the same companies which are being called to Canberra by the Prime Minister this week to explain what they’re doing to curb rising electricity bills. These gentailers – businesses which both generate and retail electricity – have a track record of bad behaviour. For example, last July when South Australia experienced some of the highest wholesale electricity prices ever, a report by Melbourne University found companies running gas plants were withholding supply (instead of generating) to drive up prices, leading to windfall profits of $40-60 million in just two months.

Clearly, any policy needs to reduce South Australia’s reliance on gas, not extend the life of old, polluting gas generators such as Torrens Island.

Just a few players dominate both the retail and generation markets in South Australia. So, providing a great big carrot in the form of the energy security target is unlikely to do anything to increase market competition. Indeed it is possible that this scheme will make it easier for players like AGL and Engie to game the system, providing an incentive to generate more, but not necessarily at the times of high demand. Thus, they will be able to earn additional revenue from energy security certificates, but still be able to withhold generation when it suits them.

Secondly, gas is expensive. Gas companies decided exporting Australian gas would lead to bigger bucks than selling it domestically. So now South Australian gas generators have to compete with international contracts, which significantly increases the price we pay.

Analysis by IEEFA (Institute for Energy Economics and Financial Analysis) shows new unconventional gas is much more expensive to procure than conventional gas, not to mention highly polluting to water supplies. Wind and solar combined with storage are currently and will continue to be the cheapest form of generation. Other synchronous renewables like pumped hydro and bioenergy will also become competitive. Even AGL, in its submission suggests an Energy Security Target is unlikely to reduce wholesale prices.

Finally, gas is a fossil fuel so when you burn it, greenhouse gas emissions are released.  A report by the Climate Council found reliance on gas in Australia must be reduced to play our part in limiting global temperatures below 2°C. Clearly, any policy needs to reduce South Australia’s reliance on gas, not extend the life of old, polluting gas generators such as Torrens Island.

South Australia’s energy system certainly faces challenges. Interventions are needed to secure energy supply this summer and increase competition in generation, while continuing to lower emissions. However, the proposed Energy Security Target is not an effective or efficient policy for achieving either of these outcomes and is likely to have significant unintended consequences for which South Australian consumers will ultimately pay.

So, what should we do?

Between the Australian Energy Market Operator (AEMO) and the SA Government significant progress has been made on addressing the question of energy supply this summer. Between the big battery, short-term deployment of diesel back-up generators, ministerial emergency powers and new short-term generator requirements from AEMO, we should be covered. 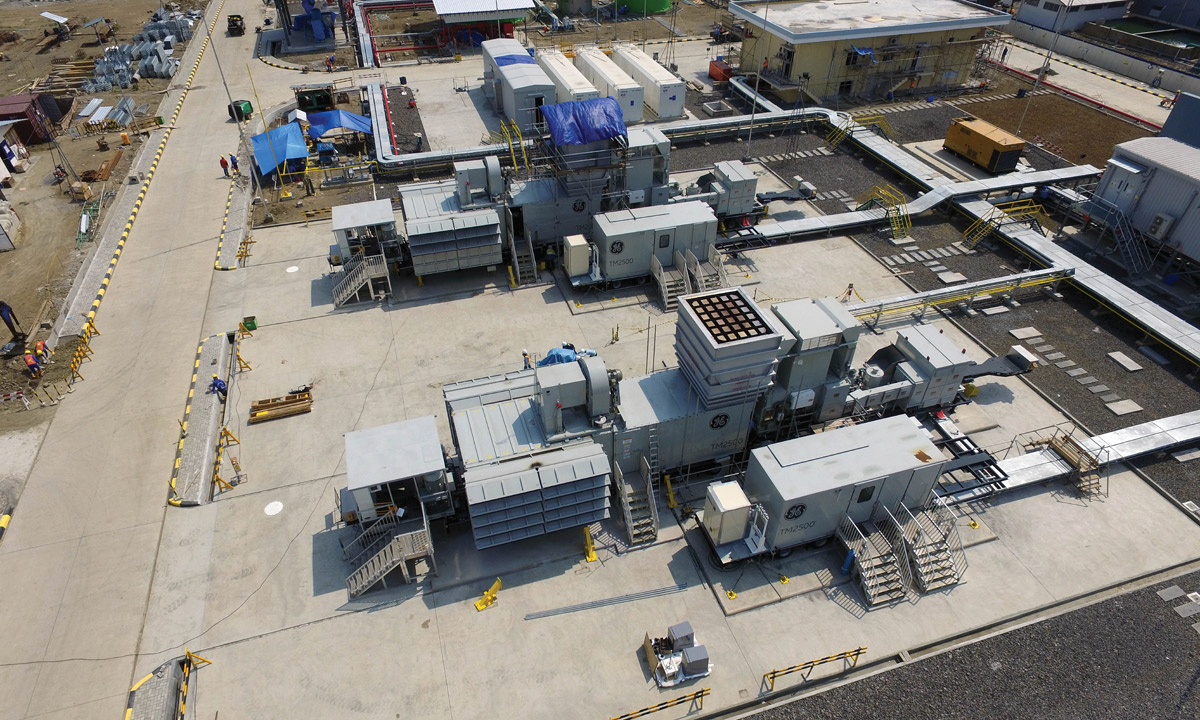 A power plant using the GE TM2500 hybrid turbine generators that the State Government will install by summer. Image: supplied

In the medium term, the main way to increase competition – and lower prices – is to encourage new generation from low cost renewables and storage and reduce reliance on expensive gas.

Specifically, we need on-demand or dispatchable renewables and storage, such as concentrating solar thermal, sustainable bioenergy, more batteries, pumped hydro etc. The government has responded to one of the biggest criticisms of the energy security target – previously only synchronous generators were eligible. In its high-level feedback to the consultation on Friday, the Government indicated non-synchronous generators such as wind and solar PV coupled with batteries will also be eligible.

If the South Australian Government was really serious about on-demand clean energy, it wouldn’t be handicapping itself with an energy security target which could increase prices without improving energy security. It would instead extend its public ownership program or run reverse auctions like the Victorian Government plans to – an approach which Finkel modeling found to be the cheapest option.

If South Australia wants to hold onto its world leading position on clean renewable energy, the government needs to go back to the drawing board on this one.

Nicky Ison is a research associate at the University of Technology Sydney and founding director of the Community Power Agency. For more analysis on the Energy Security Target, see her submission here.