Dealing with pirates used to be simple. We hung them. That is, unless they greased the right palms. Pirates like Walter Raleigh and Francis Drake got knighted.

As South Australia’s Minister for Water Resources about 17 years ago I publicly accused some Darling/Barwon irrigators of being water pirates. Last week’s Four Corners revealed nothing much has changed, with allegations that some cotton growers were snaffling billions of litres of water purchased by the taxpayer to save the nation’s inland rivers.

But are some irrigators the only opportunists profiting from Australia’s water fiasco?

The right to access water in Australia is a property right. That means that we can “own” the water, which the entitlement allows. Because we own it, we can use it in whatever way we see fit. We can lease it. We can buy entitlements. We can sell ours. And in the Murray Darling Basin those rights are worth billions.

Irrigators are Australia’s biggest ever lottery winners. Once the water in rivers was part of our national wealth. Stewardship was exercised through government. Water irrigation licenses could not be traded.

That changed.  As minister I signed a letter to one of South Australia’s wealthiest families. They had applied for and were entitled to a water right. That letter of approval was worth more than one million dollars.

When tradeable property rights in water were created, the Australian people were swindled. Adding insult to injury, they were then robbed.

One of the agreed pre-conditions for water reform and trading included the states remedying the problems of over-allocated rivers. In New South Wales, some rivers had licenses issued to withdraw more water than ever flowed down it. Since the problems occurred in areas that were “politically” sensitive, nothing ever happened. That’s the swindle.

Not withstanding this, even when our rivers had enough water to meet the irrigators’ needs, Australia’s leading scientists argued that there simply was not enough water left to sustain river health. Australia’s most valuable agricultural and environmental asset was failing. 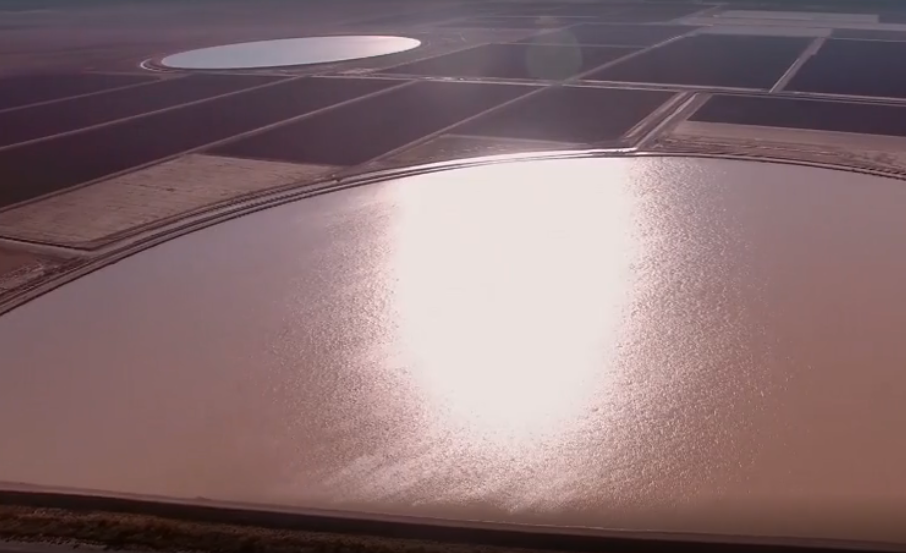 A screenshot from the Four Corners report, showing huge water holdings in NSW.

Don Quixote-like, the Commonwealth Government charged in with a $13 billion cheque book. The water the states had given away they bought back.

In the case of over-allocated rivers, they had to buy back the water that wasn’t there before they could buy any that was. They also bought licenses, which could rarely be activated.

A property on the lower Darling had one such license. For seven years they had been unable to irrigate because of the license’s conditions. In the eighth year they sold this ephemeral entitlement to the government. The price paid was hundreds of thousands.

Not only was much of that thirteen billion not well spent, spending any was unnecessary.

Water “ownership” is not absolute. In every state a minister retains the authority to determine what the entitlement means. Every year the minister determines what percentage and when the entitlement can be harvested.

Had the Basin ministers taken off their parochial blinkers and acted in Australia’s interest, before changing the entitlement, they could have calculated the amount of water available in a good year, allocated what was necessary for the environment and other inalienable uses, and then allocated the rest equitably.

While this might have been 80 per cent of what was allocated on their irrigation license, it would remain an enormously valuable gift. Given that the total water available would be less, it would arguably have been worth more. What is it they say about gift horses?

Irrigators know its value. As one of the cotton growers said on the program: “In some years, when water is scarce, we will not grow cotton, we will lease the water. We can make more from that lease than we can from the crop.”

It’s time for action, not inquiries.

With the vision of Mr. Magoo, governments gave away Australia’s most precious resource and then bought it back. To me, that amounts to theft. It is also an abuse of trust.

Some irrigators are laughing all the way to the banks, whose first question to determine assets is now concerned not with the size of a property or the value of plant and equipment, but the water entitlement.

Despite NSW amending their rules to make it legal for water to be withdrawn when it is clearly detrimental to the system, these cowboys are apparently flouting the law that remains.

If the claims are proven, what they are doing is criminal. NSW water law lists these sorts of actions as offences. Those offences carry imprisonment and fines measured in millions.

If you or I, in clear public view, stole property from anyone worth many hundreds of thousands of dollars, the police would beat down our door. Not only would the stolen property be returned, any profits we made from its use would be confiscated. Anyone who aided and abetted us would be prosecuted too.

Its interesting to speculate what might hit the fan and how far it would splatter if those cotton growers were reported to the NSW police for theft.

Failing that, the penalties should be toughened to equate with similar offences. Not only should the punishments be more severe, they should include license forfeiture and losing the right to carry on an agricultural business in an irrigation area. If the offending company is a foreign entity they should be banned.

State Govt defends secrecy for itself, transparency for others

It’s time for action, not inquiries.

Australians are generous by nature but they believe in the rule of law and a fair go. Give someone a privilege and we tend to shrug our shoulders and say “lucky bastard.” Let them abuse that privilege and we say, “stuff them”.

Its time all Australians said “stuff these bastards” and “stuff the politicians and bureaucrats who are turning a blind eye”.