While the Cardinal, on leave from his role at the Vatican in Rome, is entitled to the presumption of innocence, no high-ranking member of an institution is immune from prosecution if police consider that sufficient evidence exists to pursue charges.

Dig a little deeper past the headlines and you will find a heartbreaking lack of real progress when it comes to compensation for the victims of institutional child sexual abuse. In its place is a distinct lethargy on the part of government, at both a state and federal level, to implement the many recommendations of the Royal Commission into Institutional Responses to Child Sexual Abuse and hopefully deliver some peace to victims.

The commission has been a godsend to sexual abuse victims since its establishment in 2013.  On its website, the commission proudly records it has handled nearly 40,000 telephone calls and 24,000 emails, held just over 7000 private sessions with victims and made more than 2000 referrals to authorities, including police. It is due to hand down its final report in December 2017.

Against all odds and the might of powerful institutions, it has been an agent of change and a sanctuary for our society’s most vulnerable and victimised.

The commission’s public hearings and case studies have exposed the deficiencies of institutions Australia-wide in their responses to abuse and the commission has made a host of recommendations for change.

However, has real change occurred and will it continue and be lasting once the royal commission ends?

Are we living in a new world when it comes to institutional responses to child sexual abuse? Or have the churches, governments, charities and sporting clubs whose reputations have been destroyed merely absorbed the brand damage that the public airing of these matters has brought?

Whether it is through the civil litigation process or internal redress schemes, survivors still face the same barriers to obtaining compensation they have always faced.

National redress scheme aside, will the world revert to business as usual next year?

Have the institutions been let off the hook by politicians who have, thus far, implemented only a handful of the royal commission’s recommendations?

In the time that I have been representing victims of institutional child sexual abuse, I have seen little change in the responses from institutions.  Whether it is through the civil litigation process or internal redress schemes, survivors still face the same barriers to obtaining compensation they have always faced.

One of the commission’s key recommendations was the scrapping of the statute of limitations of three years, or a victim’s 21st birthday for child sexual abuse claims.  Legislation has been enacted in Victoria, New South Wales and Queensland.

Disgracefully, the door is closed for many here in  South Australia, as well as Western Australia and Tasmania where the statute of limitations for child sexual abuse claims remains.  Both sides of politics in Western Australia promised to abolish the statute of limitations during the pre-election period, but legislation doing so has been placed on the back burner since the McGowan Government came to power.  In SA, Liberal MP Vickie Chapman has introduced a Private Member’s Bill but it has stalled.

Furthermore, despite the removal of the limitation date in the eastern states, institutions there are pushing back by applying for permanent stays of proceedings on the basis they cannot mount a proper defence in historical claims due to the death of witnesses and the destruction of documents.

Even worse, no parliament as yet has enacted any legislation in relation to the other reforms the commission recommended to help make it easier for survivors to sue a defendant with assets, imposing a non-delegable duty of care on institutions and to introduce a requirement that institutions and their insurers and solicitors behave like model litigants in dealing with claims.

Instead, lawyers representing the institutions can persist with adversarial practices that further traumatise survivors.

Unfortunately, due to its modest parameters for assessing financial compensation, the national redress scheme will be an oasis for certain institutions, particularly churches and charities.  Churches are flocking to opt into the scheme, but don’t be fooled that this reflects a change of heart.

The real reason that they want to opt into the scheme is that the Commonwealth has only given victims a maximum payout of $150,000, which is 75 per cent of the $200,000 cap that the royal commission recommended. 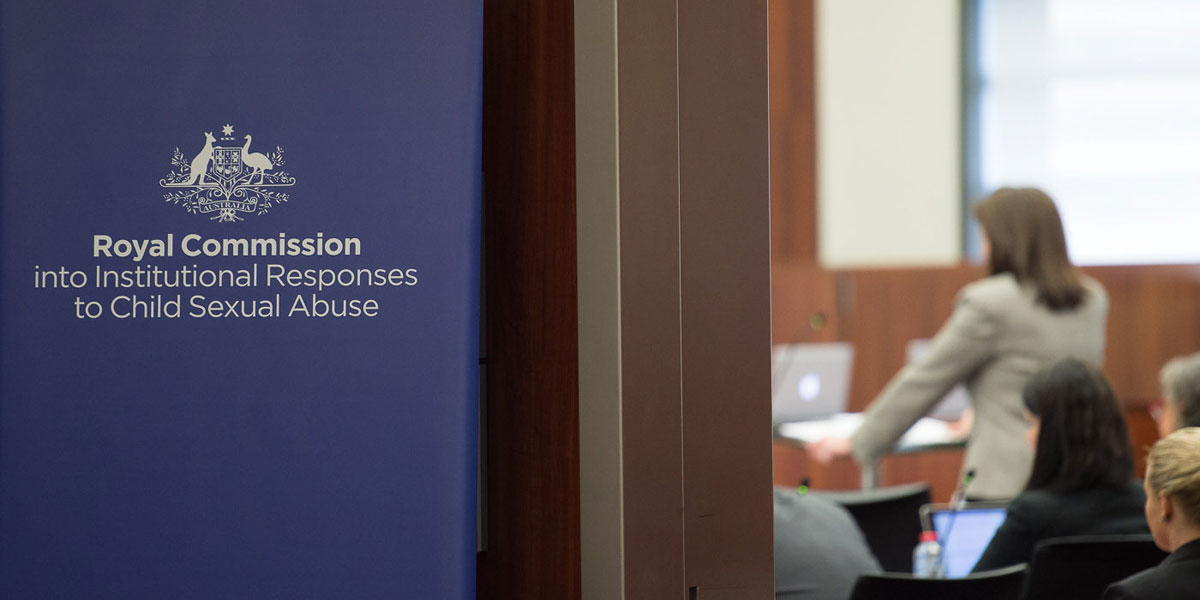 Counsel Assisting Sophie David, SC. during the Adelaide hearing of the Royal Commission into Institutional Responses to Child Sexual Abuse.

On the other hand, our State Government is refusing to opt into the scheme because its financial liability under it would be increased substantially as survivors who previously obtained small ex gratia payments from the State of South Australia will come forward and seek top-up payments.

A national redress scheme without concurrent civil litigation reform is a mere token gesture. Federal and state governments must co-operate to legislate all of the royal commission recommendations into effect and provide a truly national scheme.  Otherwise, victims will miss out once again.

In my time working with survivors of sexual abuse, my clients have had to deal with a range of ongoing emotions. Some have had to deal with lifelong feelings of shame and guilt, of losing their childhood, a decent education, a chosen career. Some find maintaining relationships with spouses, partners and family partners is problematic. For others, drug and alcohol abuse becomes a way of life. Some victims are frightened to hug or kiss their child because they see themselves as damaged goods and a risk to their children.

Whether you call it financial redress or compensation, money is no replacement for what sexual abuse survivors lose. However, money is all we have and payments should be generous.

The reform hour-glass is almost out of sand and nothing is happening.

Mal Byrne is a partner at Tindall Gask Bentley Lawyers, and is an expert in institutional child sexual abuse claims, having represented many survivors.