The battery tender won by Tesla was a key measure enacted by the South Australian government in response to the statewide blackout in September 2016, together with the construction of a 250 megawatt gas-fired power station.

The project will incorporate a 100MW peak output battery with 129 megawatt hours of storage alongside Neoen’s Hornsdale windfarm, near Jamestown. When fully charged, we estimate that this will be enough to power 8,000 homes for one full day, or more than 20,000 houses for a few hours at grid failure, but this is not the complete picture.

The battery will support grid stability, rather than simply power homes on its own. It’s the first step towards a future in which renewable energy and storage work together.

Tesla’s Powerpacks are lithium-ion batteries, similar to a laptop or a mobile phone battery.

In a Tesla Powerpack, the base unit is the size of a large thick tray. Around sixteen of these are inserted into a fridge-sized cabinet to make a single Tesla “Powerpack”.

With 210 kilowatt-hour per Tesla Powerpack, the full South Australian installation is estimated to be made up of several hundred units.

To connect the battery to South Australia’s grid, its DC power needs to be converted to AC. This is done using similar inverter technology to that used in rooftop solar panels to connect them to the grid.

A control system will also be needed to dictate the battery’s charging and discharging. This is both for the longevity of battery as well to maximise its economic benefit.

For example, the deeper the regular discharge, the shorter the lifetime of the battery, which has a warranty period of 15 years. To maximise economic benefits, the battery should be charged during low wholesale market price periods and discharged when the price is high, but these times are not easy to predict.

More research is needed into better battery scheduling algorithms that can predict the best charging and discharging times. This work, which we are undertaking at Monash Energy Materials and Systems Institute (MEMSI), is one way to deal with unreliable price forecasts, grid demand and renewable generation uncertainty. 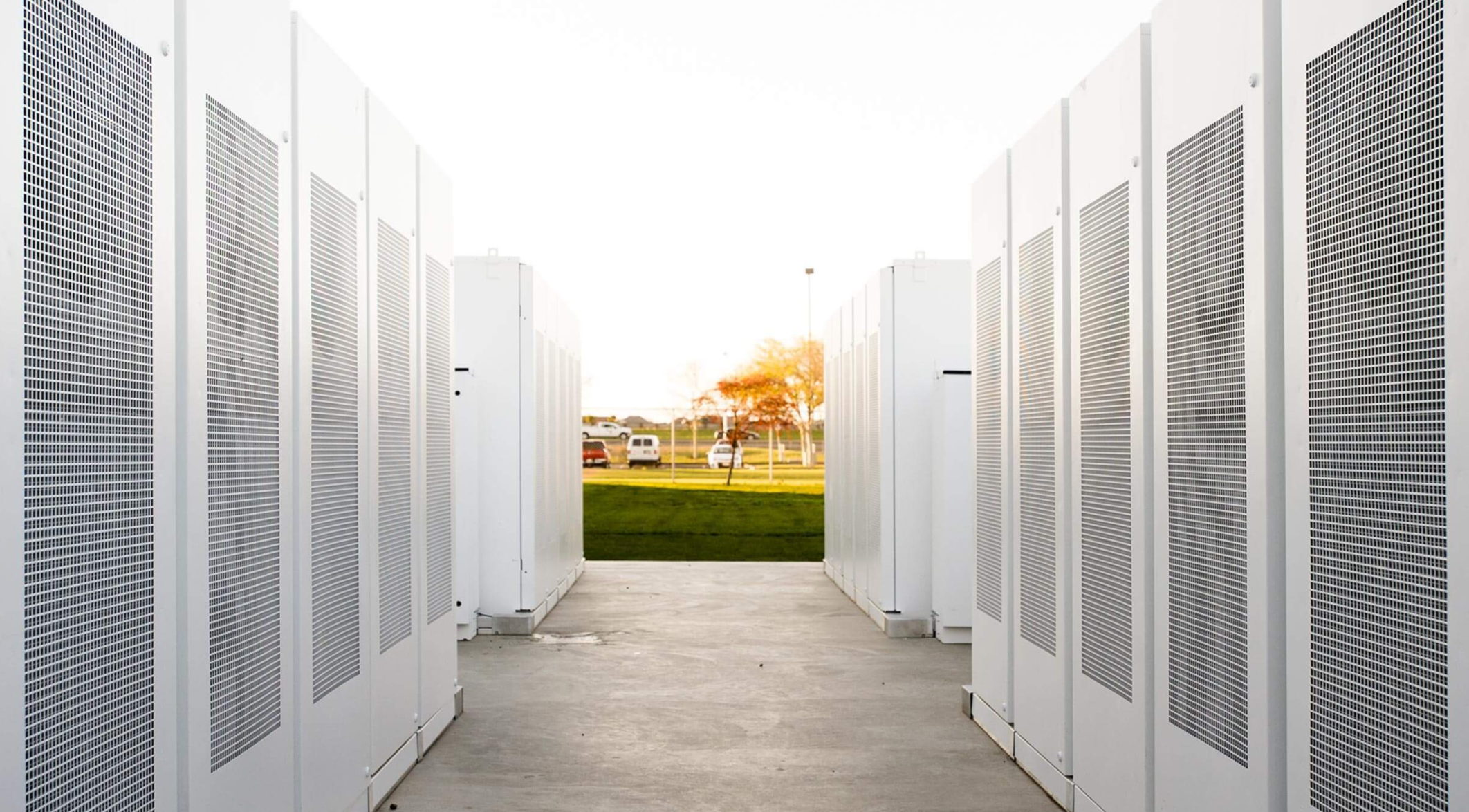 A commercial application of the Tesla Powerpack. Image: tesla.com

The battery and the windfarm

Tesla’s battery will be built next to the Hornsdale wind farm and will most likely be connected directly to South Australia’s AC transmission grid in parallel to the wind farm.

Its charging and discharging operation will be based on grid stabilisation requirements.

This can happen in several ways. During times with high wind output but low demand, the surplus energy can be stored in the battery instead of overloading the grid or going to waste.

Conversely, at peak demand times with low wind output or a generator failure, stored energy could be dispatched into the grid to meet demand and prevent problems with voltage or frequency. Likewise, when the wind doesn’t blow, the battery could be charged from the grid.

The battery and the grid – will it save us?

In combination with South Australia’s proposed gas station, the battery can help provide stability during extreme events such as a large generator failure or during more common occurrences, such as days with low wind output.

At this scale, it is unlikely to have a large impact on the average consumer power price in South Australia. But it can help reduce the incidence of very high prices during tight supply-demand periods, if managed optimally.

For instance, if a very hot day is forecast during summer, the battery can be fully charged in advance, and then discharged to the grid during that hot afternoon when air conditioning use is high, helping to meet demand and keep wholesale prices stable.

More importantly, Tesla’s battery is likely to be the first of many such storage installations. As more renewables enter the grid, more storage will be needed – otherwise the surplus energy will have to be curtailed to avoid network overloading.

Another storage technology to watch is off-river pumped hydro energy storage (PHES), which we are modelling at the Australia-Indonesia Energy Cluster.

The South Australian Tesla-Neoen announcement is just the beginning. It is the first step of a significant journey towards meeting the Australian Climate Change Authority’s recommendation of zero emissions by at least 2050.