The State Government has one key political problem in its stoush with anti-corruption commissioner Bruce Lander – no-one questions Lander’s integrity and more than a few people question the Government’s, particularly in relation to the Oakden scandal.

It’s a precarious situation for Weatherill’s struggling administration, which makes it all the more surprising that his Government has chosen to antagonise Lander and, in the commissioner’s view, seek to undermine the significance of his inquiry into potential maladministration connected with the Oakden facility.

Lander is irritated because government figures, notably Deputy Premier John Rau, insist on describing the new investigation as an “ombudsman’s inquiry” – for convoluted technical legal reasons about the powers being exercised by the Commissioner.

Weatherill did exactly the same in relation to Lander’s explosive investigation of the Gillman land deal, which left the Premier and his Treasurer Tom Koutsantonis with egg all over their faces and two senior bureaucrats tarred with the maladministration brush.

The Premier was highly annoyed by the Gillman debacle, despite the fact it was of his Government’s own making.

His administration is showing similar signs in relation to Oakden which, considering it’s about the appalling mistreatment of elderly dementia patients, is very surprising.

The political dangers here are obvious: the entire community is outraged by the treatment of Oakden patients over many years, and want to find out why it was allowed to continue for so long.

In that light, the Government’s attempts at diminishing the status of Lander’s inquiry to that of an administrative jaunt are bizarre.

Lander, who is always measured in his public comments, wasn’t holding back yesterday, telling InDaily: “Both the Premier and the Deputy Premier well know that the investigation is being carried out by me as the Independent Commissioner Against Corruption… I’ve had numerous conversations with the Deputy Premier about the powers under the act, and it’s especially disappointing he would characterise it in that way.”

But more important than the Government’s egregious spin is another of its decisions that could affect the ability of Lander to uncover the whole truth behind the Oakden debacle.

After being severely embarrassed by Cabinet materials in the Gillman investigation, the Government has put a clamp on release of Cabinet documents to oversight agencies including the Auditor-General and the ICAC.

Even before the ICAC inquiry has begun, Weatherill has ruled out providing any Cabinet documents to the Oakden investigation, as well as refusing to change legislation to accommodate Lander’s desire to hold some maladministration inquiries in public.

This intransigence is politically foolish.

Lander’s investigation will take six months, taking it within sight of the state election in March. If his inquiry indicates that withheld Cabinet documents might have been useful to his investigation, then the report – even if it exonerates Government ministers and bureaucrats – cannot be seen as the final word on the scandal. Even if the report makes no mention of withheld documents, the suspicion will remain that the paper trail is not complete.

The political pain – not to mention the emotional pain of the families of Oakden patients – will continue. 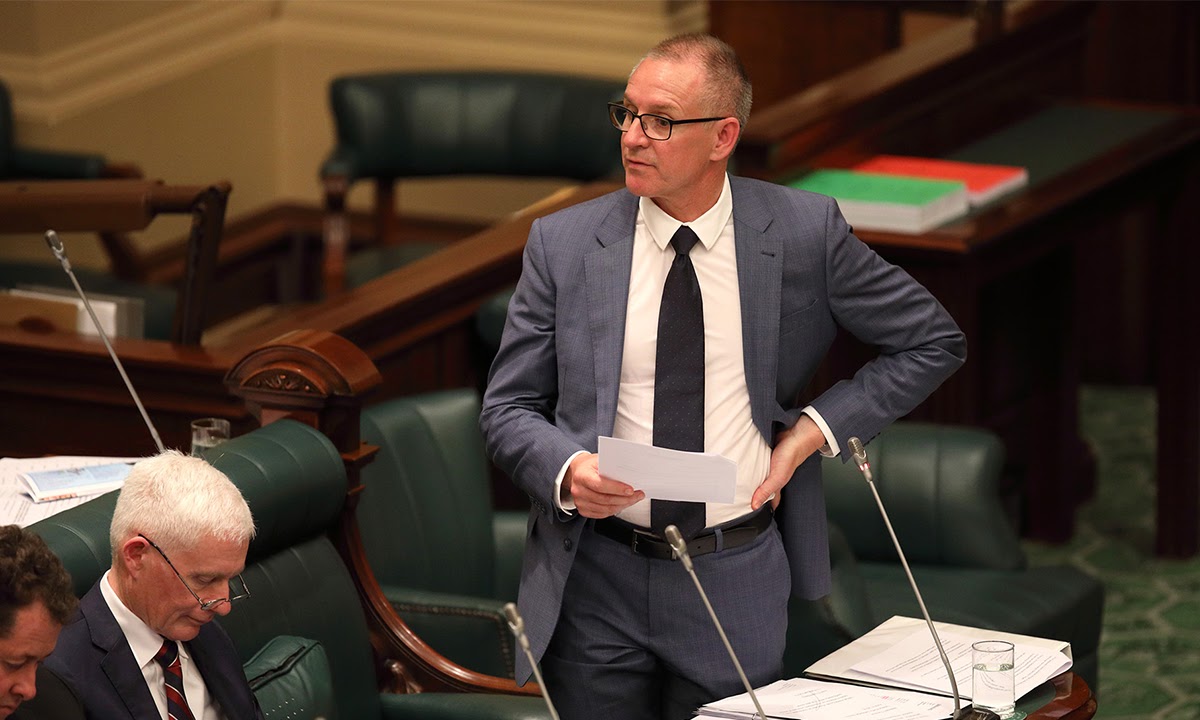 Premier Jay Weatherill once promised that, under the ICAC, all citizens would be treated equally. Photo: Tony Lewis/InDaily

In Lander’s Gillman report, he makes it clear that access to Cabinet documents was crucial. (In one particularly embarrassing revelation, Lander showed that Koutsantonis had produced a Cabinet submission which failed to reveal the key point that the board of Renewal SA had recommended the Government reject the proposal to buy the Gillman land without going to tender. Questioned on this point, Koutsantonis “never gave a straightforward answer”.)

“In respect of draft Cabinet submissions and Cabinet submissions, the State requested that I maintain their confidentiality to the extent that I was able to do so consistently with the fulfillment of my functions,” Lander writes. “The State also claimed public interest immunity in respect of those portions of my report that might reveal the actual deliberations of Cabinet. Information that identifies the deliberations of Cabinet has long been recognised as attracting public interest immunity.

“I have decided not to redact those portions of Cabinet submissions and draft Cabinet submissions that I refer to in this report. That is because that material in my view is essential to understanding the matters being investigated and the findings at which I have arrived, and because I consider it necessary in the public interest to set out the evidence which I have relied on to that extent.”

Lander was seeking to serve the public interest and went against the Government’s wishes in order to do so. What message does that send?

Weatherill is now in dangerous territory, asking the community to simply trust him and his ministers at a time when faith in our political leaders is at rock bottom.

One of the ironies of South Australia’s ICAC is that, while it has been set up to be the most secretive anti-corruption body in the country, the Commissioner himself is one of the most open and accessible heads of a public agency in the state.

The Government’s missteps on Oakden have served to highlight the contrast between Lander’s transparency and his commitment to serve the public interest and their own.

When Weatherill announced the long-awaited ICAC legislation in the early days of his Premiership in 2012, he had this to say: “The community also expects the same set of rules that apply to them should apply to office holders involved in public decision making.”

Five years later, the community should be asking: what’s changed since then?