Adelaide is very much at the crossroads: do we retain our distinctive character or become a clone of other modern cities characterised by bland high-rise towers, soulless main streets, large car parking expanses, cookie-cutter housing estates and so on?

As urban planning expert Edward McMahon, Senior Resident Fellow at the US Urban Land Institute, claims: “Over the past 50 years many of the world’s cityscapes and townscapes have gone from the unique to the uniform, from the stylized to the standardized.”

He maintains that the most economically and socially prosperous cities in the future will be the ones which preserve their distinctiveness – “distinctiveness which is derived from their streetscapes, architecture and historic preservation”.

“A distinctive city is a city that the young and well- educated want to live in, that boomers want to retire to and most certainly a city that people want to visit.”

He endorses travel expert Arthur Frommer’s view that ‘’tourists won’t visit a city that has lost its soul”.

So how can Adelaide’s distinctive character be retained ? There are many options available – here are just a few.

Preserve the full integrity of our heritage buildings and places

This may mean that not only do we preserve actual buildings and structures, but also ensure that the design context within which they sit is not significantly altered.

New development adjoining heritage buildings and places should be complementary in terms of overall height, bulk, form and appearance.

This, of course, would knock out the 27-storey office tower to be built next to Parliament House.

To increase residential densities in the city what we need, instead, are more low-rise, family-friendly, human-scaled apartment blocks closely integrated with adjoining open space and designed to complement existing streetscapes.

Unfortunately, as even admitted by Planning Minister John Rau, the smaller scale apartment blocks currently being approved by the State Development Assessment Commission, such as along Prospect and Churchill roads, are failing to meet appropriate standards. 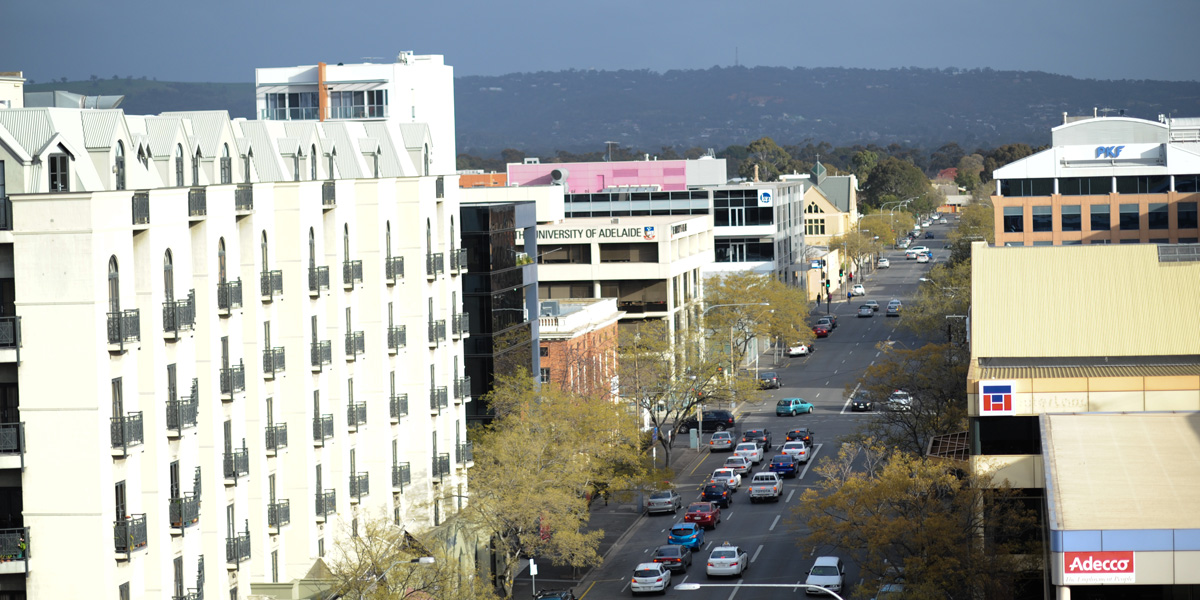 Protect the character of our high streets

The fine-grained human scale of many of our main streets has been undermined by poorly sited and designed big box stores (first introduced into Australia in 1975), overwhelming advertising signage and large obtrusive car parking areas.

However, there are still main streets or parts of these streets – such as King William Road, Goodwood Road and The Parade – which have a traditional main street function and appearance.

We should preserve the character of these areas by encouraging the development of fine-grained uses, restricting the height of new development, “sleeving” big box developments with smaller stores and businesses facing the main street, and ensuring that advertising signs and large and poorly landscaped parking areas don’t overwhelm them.

The Woolworths supermarket on Walkerville Terrace is an excellent example of how well a big box can be successfully incorporated into a traditional main street setting.

The character and amenity of our older suburbs is being threatened by dwellings being squeezed in between existing houses, “McMansions”, the extensive clearing of mature trees, and new dwellings that don’t respect the local vernacular.

New development doesn’t have to copy the architecture of existing buildings but new buildings should respect the old in terms of their scale, form (the overall shape and volume and the arrangement of parts of the building) , siting, materials and colour and detailing.

Facades of the houses in these estates may vary, but from an overall perspective the housing and streets in these developments have a depressing similarity.

Blame for the visual monotony and dreariness of these new estates has been directed at planning authorities for implementing minimum planning standards which are applied ad nauseam and to developers for failing to seek out affordable ways to vary streetscapes, architecture, and housing elevations.

Kevin O’Leary is an urban planner who worked for more than 25 years for the state planning department.