Last week, to overtures of Trump and the disillusion of voters, Cory Bernardi made his meticulously planned departure from the Liberals.

It brought with it a flurry of confected outrage and sneaky champagne-swigging from his moderate faction foes as well as backroom navel-gazing from his former party room allies.

While Bernardi’s departure was widely regarded as another body-blow to an eternally flailing Federal Government, the reality is that he has long operated as a Liberal in name only.

Despite his public protestations of campaign contributions and fundraising, Bernardi spent his final years as a Liberal in solitude, indulging quirky leadership foundations and relishing left-wing indignation.

Largely absent from the campaign frontline, Bernardi has been more concerned with crafting his new niche than the party’s electoral success.

Withdrawing from his internal party conquests, instead he cavorted with the crossbench, administered weekly doses of “common sense” and finessed his special brand of political discourse.

His once iron-fisted control over the state’s Young Liberals gave way to apathy. Aside from an occasional black-and-white newsletter, laden with reprints of Hansard and press releases, his communication with the Liberal Party membership was minimal.

In his self-imposed absence, a new force has formed within the South Australian Liberals.

Bright, energetic and personable, they are the acceptable faces of conservativism. They’re the class of 2014: young bucks and fresh faces. While their talents were fostered through the right-wing dominated Young Liberals, they are not career staffers.

The real right of the state Liberal team, personified by the likes of Stephan Knoll and Sam Duluk, is starting to take hold.

Capitalising on the growing Turnbull disillusionment and Steven Marshall’s haphazard approach, the real right has diligently worked the party room, making friends with the frustrated and lending an ear to the increasingly cynical. 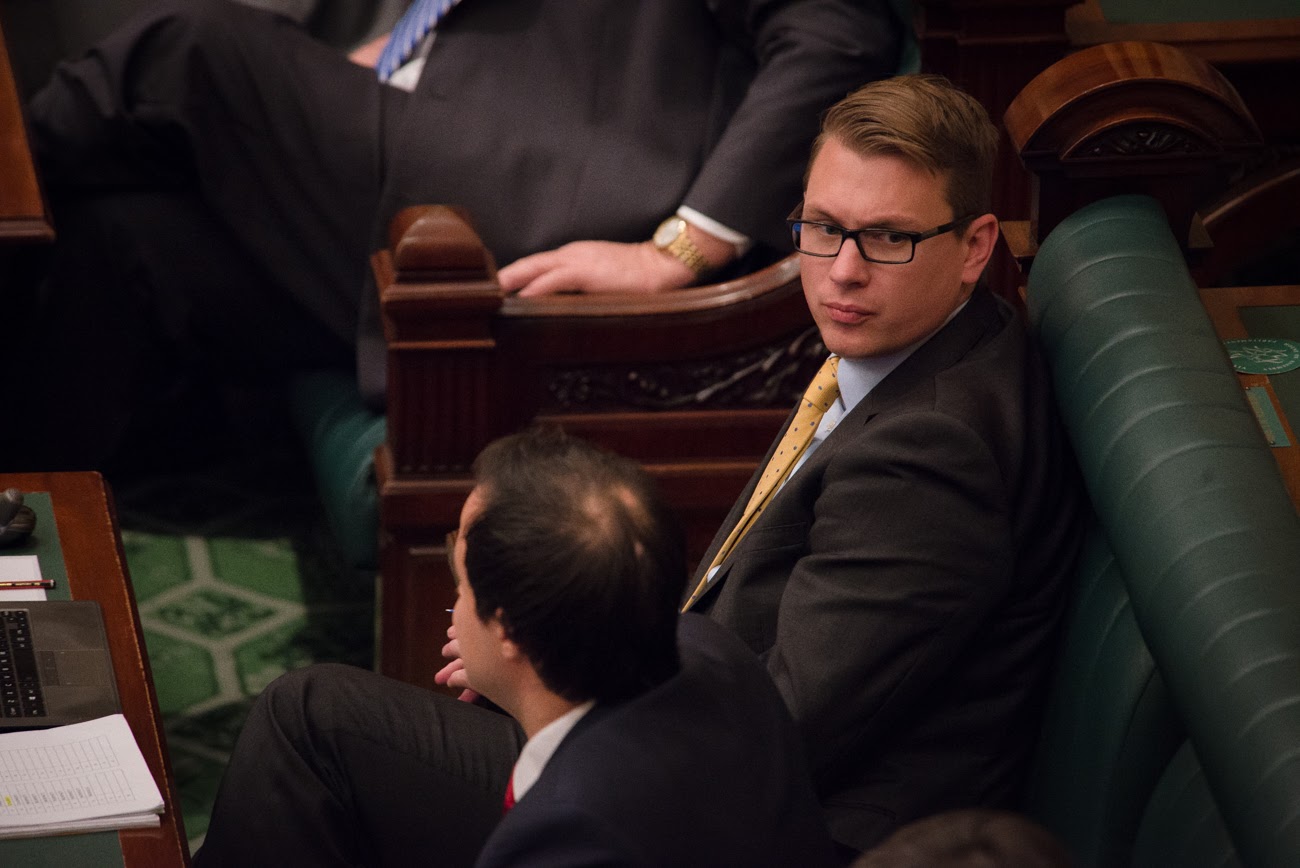 Stephan Knoll – one of key players in the “real right” of the SA Liberal Party.

While Bernardi fluttered about the UN in a red hat, the real right secured their numbers on the party’s State Executive, ending a long drought of conservative power.

Moderate federal ministers Christopher Pyne and Simon Birmingham, burdened by the pressures of high office, have little time to cultivate their grassroots base as they once did. The party’s progressive votes have now splintered with assistant minister Anne Ruston refusing to dance with the ones that brought her.

Disorganisation, confusion and disunity cost the moderates the blue-ribbon seat of Boothby in the federal preselection cycle where conservative Nicolle Flint was victorious.

The real right has seen their opportunity and they have seized it.

Whereas Bernardi gladly relinquished a shadow ministry in favour of the ideological war, the real right know similarly-minded candidates and support in the party room will win it.

The ultimately uncontested preselection of the right’s Dan Cregan in Kavel, coupled with Sam Duluk’s rubber stamp for Waite, is evidence of horse-trading. A Marshall leadership with strength and numbers would have nothing to gain by inviting conservatives onto the benches.

As state Liberal preselections continue over the coming months, the real right won’t be afraid to flex their burgeoning muscles. It’s the right moment and one for which, like Bernardi, they have prepared carefully.

Robert Campbell is the pseudonym of a sometime Liberal ministerial staffer.