She has not confirmed as much personally, but the prospect has been widely confirmed within the Labor Party.

There are a few problems with this scenario.

Firstly, of course, Badcoe (currently Ashford, but set to be renamed under the proposed electoral boundary redistribution) already has an MP, and a Labor MP at that.

And while some in the ALP’s right hope/expect left-wing veteran Steph Key to stand aside, she is yet to signal any intent to do so.

Second, it would paint the ugliest picture of self-entitlement, the epitome of what voters have come to loathe in their politicians.

I suspect that’s why Stephen Mullighan, for example, has committed to remain in Lee, despite the prospect of losing a promising parliamentary career. Because a future leadership contender can’t be seen to cut and run – even if half their electors are now casting their vote in another seat.

You see, Elder – once a Labor stronghold – has been shifted firmly onto the Liberal side of the electoral pendulum. And it’s not just a cosmetic shift – it would notionally become the Libs’ ninth most marginal seat, safer even than Opposition Leader Steven Marshall’s Dunstan electorate.

When the boundaries commission’s final report came out, I called Digance for her response, only to find that she had not yet learned of her fate.

When I filled her in, she gamely replied that “there’s nothing like a challenge!”

“From my point of view, it’s about the constituents – the people I represent, the community,” she said at the time.

“That’s where I put my focus, whatever else happens from there remains to be seen.”

And yet, a mere month on it appears she has now determined that Elder is a “challenge” she could do without, and those constituents and community about whom she was so concerned can be happily left to their nominal Liberal MP while their incumbent swans off to greener pastures, with Badcoe’s boundaries firming the seat for the ALP.

Under the nominal new boundaries, Elder’s margin would be 4.3 per cent in the Liberals’ favour. That’s a more than six per cent swing from the 1.9 per cent margin by which Digance clung on to it at the 2014 election.

That was the one in which Labor released leaflets to constituents in the final week designed to undermine Liberal candidate Carolyn Habib, and eerily mocked-up to incite a nasty undercurrent of racial prejudice.

“Can You Trust Habib?” the mailout warned, with an eerie combination of eclectic font, shadowy imagery and sparse text, punctuated by half-truths about the candidate’s record in local government. At the time, The Advertiser’s Tory Shepherd succinctly summed up the feel of the brochure as “Middle East derelict chic”.

It seemed designed to appeal to the basest innate xenophobia, tapping the same vein of ignorance and fear that provides electoral lifeblood to the likes of One Nation and Trump.

Several Labor insiders have privately conceded that they believe this was the intent, and certainly the result – most of them with open disgust for the tactic.

Whether it swung the vote in Elder, we will never know.

But if Digance now walks out on her constituents after one term and leaves some poor cleanskin to deal with the residual bitter taste of Labor’s last campaign, the least she could do is send round one more leaflet to her electors with a far more direct message: “I’m sorry.”

Digance is no racist, but the tone of the campaign in her seat has left a bitter taste – and no-one has ever put their hand up for the Elder fiasco.

And there is one person in particular who should be apologising for it – the party’s leader, Premier Jay Weatherill.

He has, after all, shown the ability to do so before.

Digance’s campaign was assisted by Tim Picton, a former advisor to Health Minister Jack Snelling and now a heavy-hitter behind the scenes in the Andrews Government in Victoria, whose brother Chris is a member of Labor’s caucus.

Picton earlier rose to minor public infamy when he anonymously tweeted a series of smears against then-Liberal MP Andrew Southcott – against whom Digance was (unsuccessfully) running in the federal seat of Boothby.

At the time – seven months out from the 2014 state election – Weatherill was quick to fess up and apologise for the Labor underling’s antics, telling media he had “asked the staff member to make sure that doesn’t happen again and apologised to Mr Southcott” (although hopefully he used the correct honorific when he did so).

“I’m sure the staff member knows he’s created that embarrassment and I’m sure he’s chastened because of it,” Weatherill said.

However, a week out from a cliffhanger state election, it was a different story.

When confronted with broad public antipathy about Labor’s tactics in Elder, Weatherill refused to acknowledge the flyer was in any way offensive, and pointedly refused to apologise.

“I’m not going to be lectured to by the Liberal Party,” he sneered, pointing out (correctly) that his side wasn’t the only one that had plumbed the moral depths through a long and bitter campaign.

That was three years ago, in the midst of battle. I would be surprised if he still privately stands by his claim that there was nothing “in any way” offensive in the leaflet.

After the campaign, having spoken to many insiders who were appalled at how the Elder campaign played out, I wrote that “no-one on the Labor side who is not irretrievably one-eyed, concertedly strategic or, indeed, a racist” can deny that this was a racist campaign.

I am prepared now to concede one more caveat: wilfully naive.

Habib today confirmed what her party colleagues have long known – that she had put her name forward for Liberal preselection in Elder, with the nominations closing today.

She may yet be challenged, and does not appear to enjoy universal party support, but she is clearly the frontrunner for the nomination. 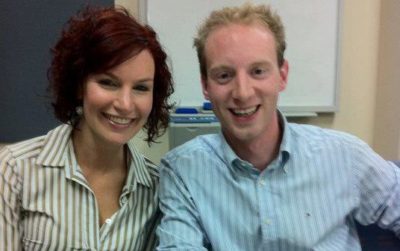 If nothing else, her preselection would send a tacit challenge to Labor’s candidate – whoever that ends up being – to run a decent, issues-based campaign worthy of a member of parliament.

Meanwhile, Steven Marshall last night became the star of his own series of commercials, funded by the Liberal Party (although they’re tight-lipped about the cost of the production and evident prime-time advertising spend). Produced by noted local ad-man (and, judging by his Twitter account, keen Liberal Party enthusiast) Andrew Killey, the videos depict what could well be the most tedious dinner party in South Australian history, wherein a bunch of telegenic mutes sit around in rapt adoration while the Liberal leader talks and talks and talks about making the state “shine”.

Marshall’s guests hanging on his every word.

He doesn’t actually say how he’s going to achieve this lofty ambition, but he’s full of grandiose hyperbole. “I want to do everything I can to restore cheap, reliable, baseload power,” he helpfully enthuses, a sentiment that seems to satisfy his dinner guests, who evidently aren’t particularly inquisitive about the practical side of things.

Besides coming across a little like the self-opinionated boor at every dinner party who won’t let anyone else get a word in edgeways, Marshall has evidently bought into his own mantra that “we won’t get rich selling each other café lattes”, and thus rather churlishly serves his guests plunger coffee while they pick at an unadorned bowl of local strawberries. It might not be haute cuisine at Château Marshall, then, but after all, this isn’t My Kitchen Rules. That the Libs are releasing high-end campaign material with still more than a year before the election suggests at least two things: that the party is now on an official campaign footing (emphasised too by last week’s reshuffle), and that its strategists still believe they still have work to do in building Brand Marshall.

If one of the dinner guests had been allowed to speak between deferential nods, they would have been well-served asking Marshall what he made of Labor’s 2014 campaign in Elder. Because even now when he recalls those events, the Liberal leader speaks with a passion and anger rarely seen in his public outings. A passion that contrasts sharply with the casual dismissals offered by Weatherill, a premier who has spent much of the past year spruiking his credentials on issues of social equality and respect.

If Digance were to walk away from Elder now, she would leave a bitter legacy, and it will be someone else’s mess to clean up. It may matter little in electoral terms – after all, the stain left by Labor’s dodgy How-To-Vote cards in Mawson lingered long after the 2010 poll but didn’t leave an indelible mark on the subsequent contest in that seat. But Elder will forever remain the lowest of a litany of Labor’s campaigning lowlights, and it’s a lowlight for which no-one has ever taken responsibility.

It is not too late to do so now.