‘Twas not long before Christmas, when all through SA

Not a lightbulb was working – at least, for a day

The boundaries were drawn with meticulous care,

In hopes the election result would be ‘fair’

Thought-bubbles were dangled in front of our eyes

But when none came to much there was little surprise

With Kouts and his surplus to spend as he please

And Ian ‘effin’ Hunter, with his F-bombs and Cs

And John with his SC, and Jay in Finland

Had just settled their plans to make Labor’s last stand

When out in the state there arose such a clatter,

In the post-federal fallout ’twas clear to see

That the future belonged to the new NXT

And a leader they’d tried to deride as a faker

Now loomed to their wondering eyes as kingmaker

With a penchant for media so lively and quick,

They knew in a moment it must be Saint Nick.

More rapid than eagles his minions they came,

And he whistled, and shouted, and called them by name:

“Our primary vote is historically high! 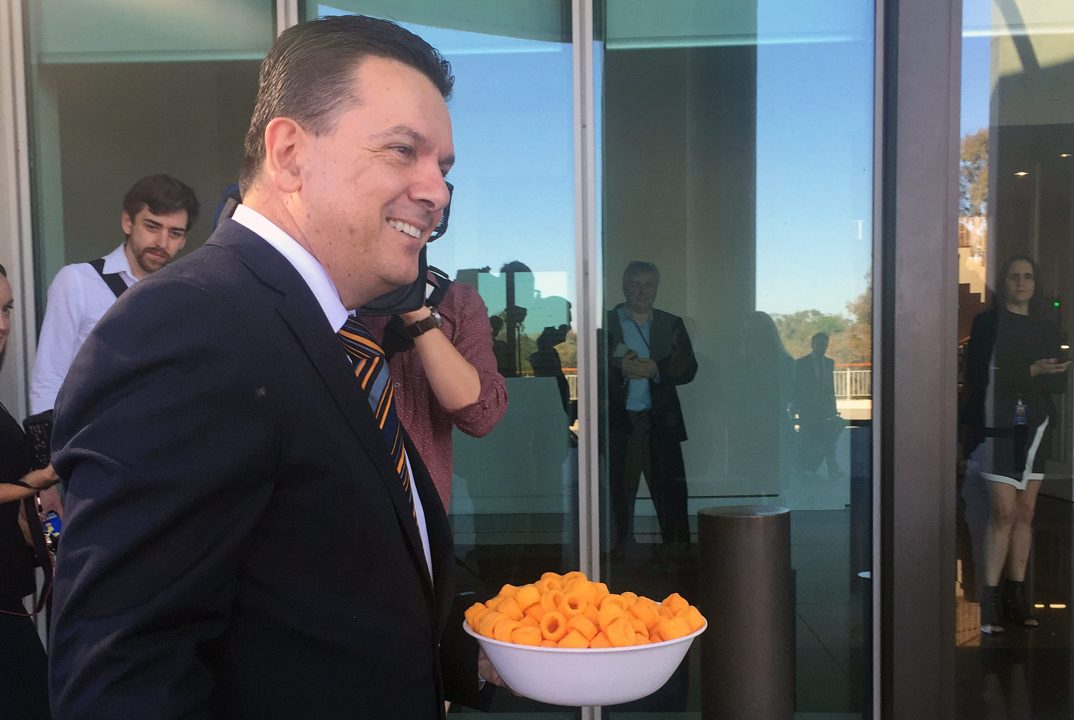 When it comes to the crunch, who would Nick Xenophon support? Photo: Simone Ziaziaris / AAP

“To the edges of Heysen! To the top of Kavel!

So up to the Liberals the challenge was taken

With still nary a platform, and confidence shaken

Saying “Time to get rid of this Weatherill jerk!”

And, laying his finger aside of his nose:

“A good Opposition is here to Oppose!

“So no fracking, no nuke dump, no ESL hikes

“You can’t sell State Admin and Gillman’s a failure

“And the state’s jobless rate is the worst in Australia.

“It’s far beyond time for a whole new direction.

“If you really want change then it’s time… to vote Labor!”

(He really meant Liberal, as you probably heard

But a handful of voters took him at his word)

Yet with policy chaos and the boundaries in stasis

But if you’re rusted on Liberal, or Labor, or whether

It’s time – for a change – to spread goodwill and cheer

Happy Christmas to all, and a fruitful new year.