In recent years – and even in not so recent years – the equivalent function has been mired in a discreet pall of, variously, misguided optimism, grim foreboding or outright despair.

I remember one of these nights, long ago, with Rob Kerin’s party faithful still bullishly proclaiming their pride that they didn’t kowtow to the ludicrous demands of political kingmaker and former Liberal Peter Lewis.

One wonders, looking back, how many times Kero has pondered the wisdom of the high-moral ground, after the Liberal Party’s subsequent aimless sojourn through the political wilderness.

But tonight, there is plenty for the Liberal faithful to celebrate.

But moreover, and more importantly, it is a landmark document that sets a significant precedent for all future elections – and one that should ensure the Liberals win more than often they would have otherwise.

In the short-term, the headline is that the commission has handed the Opposition a nominal extra four seats if they replicate their 2014 statewide vote.

And notwithstanding that they have not replicated their 2014 statewide vote in any credible poll since election day, there is ample evidence that the Weatherill Government’s community support is brittle at best and in freefall at worst.

But beyond all that, the commission has done something its predecessors did not.

It has, in principle at least, set a template for correcting a long-acknowledged “innate electoral imbalance” – created by the fact that a significant chunk of Liberal votes are parked in safe rural seats that they already hold.

While the commission noted that this imbalance was not inherently decisive – reiterating the oft-stated disclaimer that it “has no control over the way in which campaigns are waged, the quality of candidates, the allocation of resources, or indeed the issues” at play – it determined that its “fairness” objective required “that some measure be taken to reduce it”.

Critically, it decided that measure should involve utilising the mandated 10 per cent boundary “tolerance”.

In effect, the Act dictates that every constituency should have the same number of electors, give or take 10 per cent.

Labor argued strongly that this provision safeguards the “one vote, one value principle”.

In effect, it argues that all seats are created equal – but some are more equal than others. 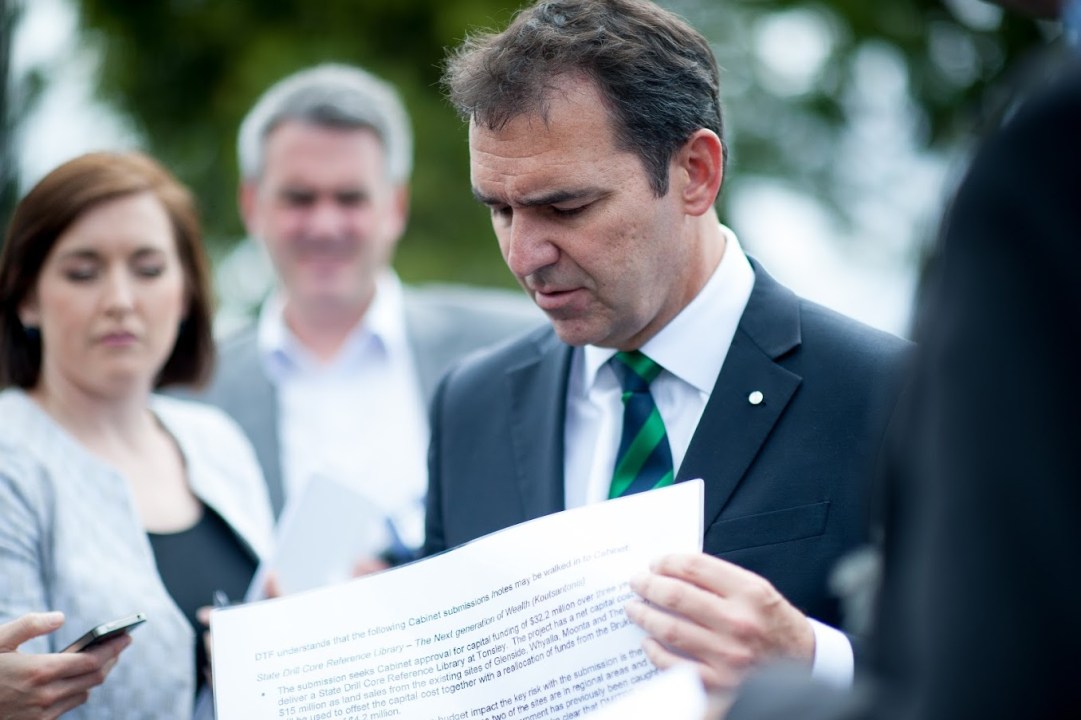 It saw the tolerance as a tool “to assist in addressing the issue of fairness”.

It also noted that the fairness principle should override all other considerations, such as incumbency or retaining “communities of interest” within specific electoral boundaries.

Much has been made of the fact that almost 400,000 voters will shift seats at the 2018 poll. This does not in itself set a new precedent. Indeed, it implies there may be a far less dramatic shift in four years’ time, when another boundaries commission sits down to again reflect of the electoral map.

In effect, this review was the Great Adjustment.

It has fundamentally shifted the political playing field to give the Libs a clear shot at goal with a stiff breeze at their back.

It’s little wonder the mood will be buoyant at Marshall’s end-of-year shindig.

But this week, while a potential ‘line-in-the-sand’ moment in our state’s political life, should still provide the Opposition pause for sombre reflection.

The party has a choice from here.

It can use this redraw to galvanise the faithful and inject some renewed vigour and determination into its campaign.

Or it can use it as an excuse for inadvertent triumphalism and complacency. And there is no room for either.

You could fill a book with things the SA Liberal Party ‘should have’ done, and still have material left over for a sequel

Labor has now governed in SA for 14 consecutive years; at the next election, the party will be shooting for two decades in office.

Its electoral success has been built largely on a curious combination of astute politicking and Opposition incompetence, but there is always an element of luck.

And how lucky for Labor that the first time it is handed a dud draw on the electoral boundaries, it happens to coincide with the insurgency of a third-party force that could rip a swathe through the Liberal heartland.

Thanks to its federal election success, the Nick Xenophon Team has a footprint in the Adelaide Hills that could see it launch a concerted tilt at seats like Kavel, Heysen and Davenport.

The NXT almost unseated Rowan Ramsey in Grey, and will cut through on key election issues such as the decline of manufacturing and safeguarding local jobs.

Both parties have plenty to fear from ‘Saint Nick’ and his cohorts, but the Liberals have particular reason to quake – they know only too well the intricacies of contesting a three-cornered contest.

It was, after all, the nine-vote loss of Fisher to Labor – after the disruptor-style candidacy of Lyn Such-endorsed independent Dan Woodyatt – that saw the Liberals officially consigned to a term in Opposition.

The boundaries are significant: last time round, the commission nominally handed the Liberals the seats of Grace Portolesi and Chloe Fox, and election day duly ran to script. It’s arguable too, given the travails of both former ministers, that both Hartley and Bright should have gone to the Libs in a landslide; instead, the party had to claw itself over the line.

That suggests incumbency remains a significant advantage – and the likes of Labor’s Tom Kenyon, Paul Caica and Leon Bignell have demonstrated their past effectiveness at sandbagging marginal seats.

So if NXT succeeds in snaring a mere one or two seats at the Liberals’ expense, the biggest shakeup of the election system in a generation could all be for naught.

And tonight’s end-of-year celebration could yet turn out to be another futile display of premature, misguided optimism.

Of course, on paper the Libs should yet win the 2018 election in a canter.

But you could fill a book with things the SA Liberal Party “should have” done, and still have material left over for a sequel.

Tom Richardson is a senior journalist with InDaily.