Cricket is a great game but it can be dangerous so anything that can reduce the potential risk to players in the game should be considered.

I have already raised my concerns over the use of the pink ball during day-night games played in Australia.

But now I believe it is important to raise legitimate concerns about playing with a pink ball at sunset. 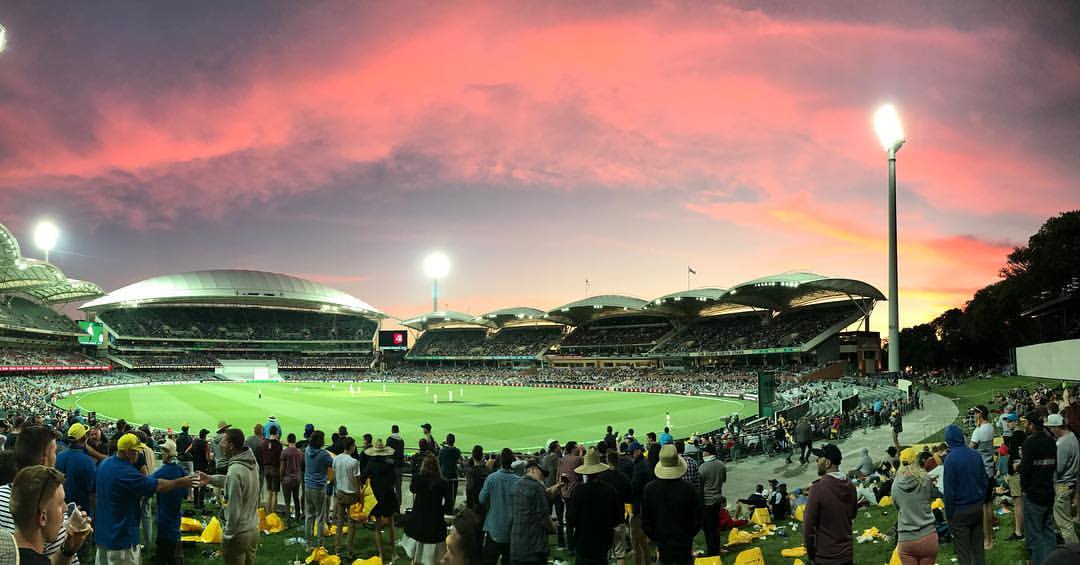 People may be able to see a pink ball, but that doesn’t mean they can accurately judge its velocity.

Which brings us to pink cricket balls at sunset. During the day, the pink ball is darker than the sky. At night, when stadium lights take full effect, it is brighter than the sky.

So at some point, about sunset, it must switch. For a while the pink ball is nearly equal in brightness to the sky. About this time players and umpires may have trouble judging the ball’s speed as it moves against the sky.

If that were the only issue, it might be minor. Unfortunately some readings a student, Joshua Adie, and I took at the recent day-night Sheffield Shield match, between Queensland and New South Wales, at The Gabba in Brisbane suggest otherwise.

Thanks to Cricket Australia, we were able to take readings of the match ball, pitch, field, the sky above the stadium and the Gabba stands.

The appearance of coloured objects changes with lighting. A pink ball will seem to get brighter relative to green grass and straw coloured pitches as lighting changes from the yellow sun at midday to the red setting sun. This reverses as lighting switches from sunset to artificial stadium lights.

The readings we took at the day-night Shield match in Brisbane suggest that at about sunset the pink ball is nearly equal in brightness to the pitch and the field.

So at about sunset players and umpires may have trouble judging the ball’s speed, seeing it as slower than it actually is as it moves against the sky, pitch and field.

Lost in the background

Players and umpires may also not be able to see the ball at all at sunset as it moves against the crowd and seating.

Our readings suggest there was little average difference in brightness between the Gabba stands and the pink ball at sunset.

But the crowd is not a uniform background. It has many colours and it moves. Such a backdrop can make it impossible to see a fast moving object, particularly when there is little difference in average brightness.

At sunset, we felt we could not see the pink ball at all as we viewed it from an angle similar to the square leg umpires view, with the stands as a background.

About 10% of males have a form of colour-blindness, including Australian wicket keeper Mathew Wade. These people may have trouble seeing the pink ball against the grass at all times, but particularly at sunset when brightness differences are reduced.

You may be surprised at these concerns, if you watch the day-night test match on television. But the human eye is not a television camera. It can be hard to see things in person that are clearly visible on television.

Long term a better-coloured ball could be developed. To maximise brightness differences, it should be white, like one-day cricket balls, or perhaps black and white.

But there are issues here as well. Apparently white one-day balls wear too rapidly. Perhaps a more robust version will be developed in time.

Until then, I would urge cricket administrators to avoid scheduling play at sunset. Our readings suggest visibility before dusk, and after stadium lighting takes full-effect, is better.

It would be tragic if a fast moving ball struck a player or umpire at sunset because they underestimated its speed. Dropped catches and missed shots are more likely, but of less concern.

From a tactical perspective, if I were the fielding captain I would have my fastest bowlers on at sunset and for the period shortly after. Speed perception errors tend to be proportional, so they will be greater for faster moving objects.

A new lineup, a new order - and yet so many past echoes at the Oval

As a scientist I don’t want to be alarmist. Human vision is exquisite. It can extract an estimate of speed in most circumstances.

Lighting at a stadium is also complex, and our readings might not accurately reflect the perceived brightness of the pink ball. Black stitching on the new pink balls might also help, but that is a small feature of the ball, so it may not fix the problems we have described.

If you don’t believe the science, ask the players and umpires. When it comes to human vision, you really can trust their eyes.

Derek Henry Arnold is Associate Professor – Perception at The University of Queensland.