Donald Trump and Hillary Clinton are the two least trusted and most unpopular presidential nominees ever. Whoever is elected in November will start their presidency with the largest trust deficit in history.

Both Stein and Johnson ran for president in 2012, but see the massive unpopularity of the two major-party nominees as an opening for their brand of politics. McMullin, a former policy director for the House of Representatives Republican Conference, is running as the conservative alternative to Trump.

Given the massive unpopularity and lack of trust associated with both candidates, can a third-party candidate win the American presidency?

Successful third-party candidates are tremendously rare at any level in American politics.

This is primarily down to three factors: the media, money and the nature of the establishment political system.

The media – old and new, establishment and ephemeral – have huge power in determining which candidates are successful. The advent of the 24-hour cable news cycle, in conjunction with a rise in minimalist forms of new media like Twitter, Facebook and Snapchat, turns local stories into national lessons.

Third-party candidates face credibility barriers to appearing in a flattering light in the mainstream media.

Often they bypass establishment media altogether, promoting themselves through popular, but unregulated platforms. This allows them to talk more directly to the majority of American adults (six in 10) who receive their news from social media platforms.

Running for president is a heinously expensive task. 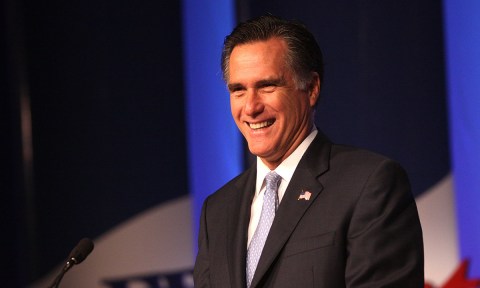 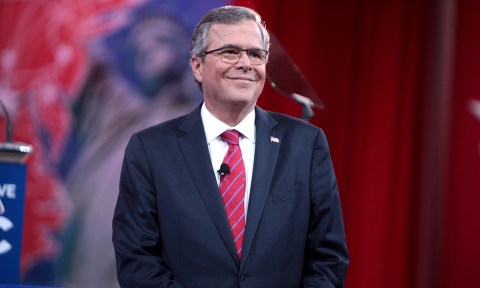 So far, a staggering $1.4 billion has been donated to presidential candidates in this election cycle, and we still have eight weeks left.

Establishment parties have extensive donor support networks that they tap into every election cycle. They raise tens of millions of dollars a month to support candidates at all levels.

Even if a donor feels uncertain about donating to a particular politician, they have the option of donating to the general election fund that benefits the party overall.

Non-establishment parties don’t have this option. They largely place all their resources at the top of the ticket in the hope that it increases their national visibility and vaults them into the top political tier.

Arguably, candidates like Gary Johnson, a popular former Republican Governor of New Mexico, have the ability to tap into existing fundraising networks, as opposed to candidates like Dr Jill Stein, a non-establishment figure. However, Johnson has managed to raise just $3 million to Stein’s $1.9 million.

The last barrier is the structure of the existing political system. The two main parties, Democratic and Republican, have no interest in broadening the system to allow other contenders access to the levers of power.

Each state has its own set of laws that determine who is allowed to stand for election or appear on voters’ ballots.

As it stands, Gary Johnson currently has ballot access in 46 states and will likely achieve all 50 states, plus the District of Columbia by Election Day.

Jill Stein currently has ballot access in 23, with another 24 states at various stages of application.

Evan McMullin, has ballot access in only five states, and has missed the application deadline in 30 states, and is unlikely to win access in many more.

The largest impact any of these candidates is likely to have on the 2016 presidential election is to siphon votes from the two main candidates. But even then, it’s unlikely that they will attract enough votes to decisively tilt the election one way or the other.

Of course, there have been some semi-successful third-party candidates – Ralph Nader, George Wallace and Theodore Roosevelt (in 1912). But these candidates managed to successfully address the limitations on their candidacies in a way that today’s candidates haven’t.

So who is to blame for the lack of alternatives? Is it the fault of the ever-hungry media behemoths, eager to create conflict where none existed? Surely, unchecked money plays a large role? Perhaps, the fault lies with the establishment political system that aggressively prevents smaller players from disrupting the status quo?

The truth, as always, lies is somewhere in between.

Each of the mentioned factors enables the others. To get media access you need to show that you have viable funding and ballot access models, which you can’t obtain without access to sympathetic media, which won’t happen without … you get the point.

The media market in the US is saturated with information about both nominees. Both are highly polarising public figures with long and complex histories.

One is a billionaire businessman with a penchant for attacking minorities who seemingly thrives on controversy and conflict enabled by a rapacious cable media.

The other, a fixture on the American political scene for more than 20 years who has survived cycles of media adoration and detestation, personal and professional humiliation, and is still questioned about her qualifications for the presidency.

In asking for power over the near future, of which they have only limited control, political leaders invest everything in a wildly unstable currency.

What we perceive as a breach of trust largely depends on our viewpoint. We are forever prisoners of our perspectives.

However, the role that media, money, and “the way of things” play in the shaping of our perspective serves to remind us just how capricious these factors are.

DISCLAIMER: These opinions are those of the author, not of Flinders University or other affiliated institutions.

Jesse Barker Gale is a PhD candidate in American Studies at Flinders University’s School of History and International Relations. Barker Gale has a strong academic and practical background in both the American domestic and foreign policy fields. He is currently continuing with his research on US politics and international relations in the office of US Congressman Jim McDermott in Washington State as an Australian Government Endeavour Postgraduate Scholar 2016. He is also a Visiting Scholar at Georgetown University during the scholarship year.