Dear Adelaide City Council – it’s time for you to grow a heart.

I am not sure what is driving your crusade against the small collection of “love locks” hanging on the Adelaide University footbridge, but I would suggest spending a bit more time there to observe humanity, and what makes us folks – with hearts – tick.

I live up here in the north and cross the university footbridge almost daily to get in to the city.

Frankly, I never thought much about the locks apart from admiring the variety and colours, livening up the walk across the Torrens.

They have never been a threat to my safety, nor have I seen anyone else injured by them, as you claim you are fearing.

Thanks to your threats to remove them all, this last weekend I stopped on the bridge and had a look.

I did not realise that they are not only love locks, but cover the full spectrum of life us humans with hearts live through – such as celebrating births, cementing love bonds, lamenting separation, commemorating golden anniversaries, and remembering the loss of parents, children or other loved ones. One remembers a baby, who died far too early.

You say the padlock owners could open their locks and move them to some new $30,000 artwork that you want us ratepayers to pay for, on land far from the river

It seems you don’t understand the meaning of the whole process: the idea of a lock over a river is to throw the key away in the water afterwards, never to be found again – to symbolise that no one will be able to open it anymore and thus break the human bond signified by the lock. So, hardly any of the padlock owners have a key anymore.

Let’s look at all the reasons you want the locks removed:

First, you claimed to fear the weight of these few dozen locks might damage the bridge. You made council engineers do a report, and they of course found no problem – and went further, saying there wouldn’t be a problem for at least 10 years. 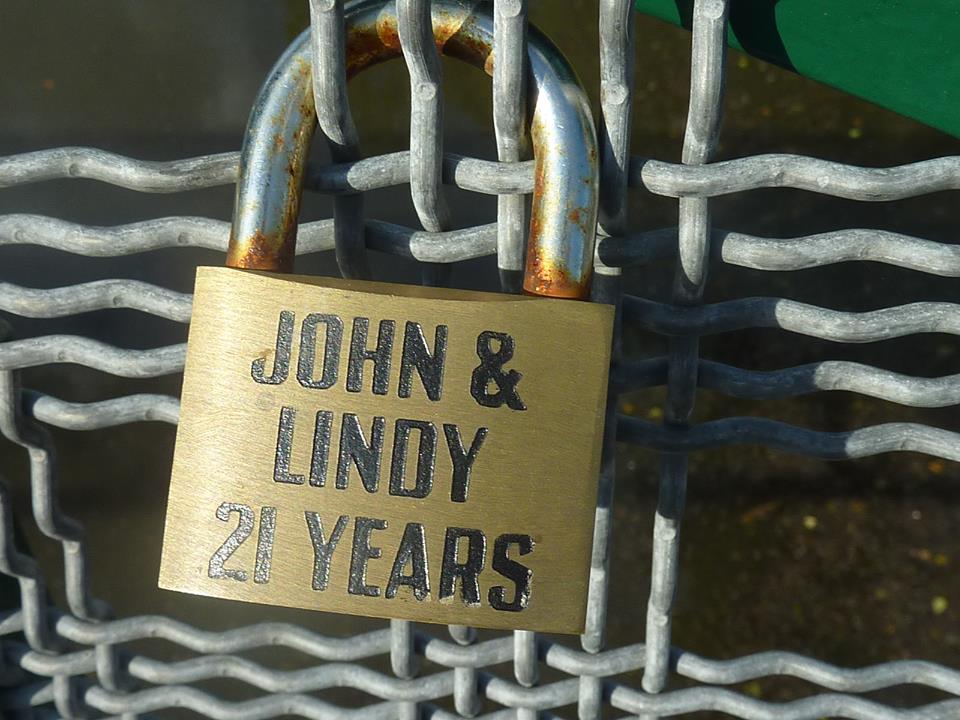 In the meantime those with good memories showed us that, in the 1970s, a bunch of Adelaide University students hung an FJ Holden car from the bridge as a prank with no harm to the bridge, yet now in 2016 you are trying to convince us that a few kilograms of locks could threaten to bring it down.

Then, you moved the goalposts to claim the love locks could hurt cyclists and others crossing the bridge, despite no known case in the decades of their existence.

The council report also nixed that fear, saying it is a “low-level risk” – and if you really fear a cyclist’s jacket could say catch on those locks, you should have noticed the original rock work at each end, plus the various tree trunks and bushes nearby. They’re much rougher and protrude much more than any of the small padlocks, yet you don’t worry about them (and justifiably so, since they also haven’t caused any problem).

Then your councillors moved the goalposts again, claiming the locks are rusting and could corrode the bridge – but if you actually spent some extra time on the bridge you would find most locks aren’t rusting badly, even those put up over a decade back, and those with some rust are not affecting the mesh in any significant way, as the engineers suggested.

You may not like the look of them, but children love them

Then you say you just don’t like the look of them, preferring – I guess – a blank mesh to a collection of creativity, colour and shapes.

Each to their own, but is that a reason to deny pleasure to others?

Almost every child, especially the youngest, are in glee at the variety of the locks, and almost every family stops and reads some of them, and takes photos of their kids enjoying themselves.

Instead of trying to foment fear of the love locks and wasting $30,000 in the process, you should consider just dropping the issue.

Live and let live I say; just be happy and celebrate the spontaneous creativity and sentimentality of those who put them up – from the child missing her mum to the retired couple celebrating a golden anniversary.

Valdis Dunis is a former candidate for election to the Adelaide City Council and a North Adelaide resident.