In 2003, I said to the then-Director of Public Prosecutions Paul Rofe QC: “This won’t go away.”

I was talking about the wrongful conviction of Henry Keogh. I meant it; it didn’t, and it still hasn’t.

I just didn’t think it would take 13 years. 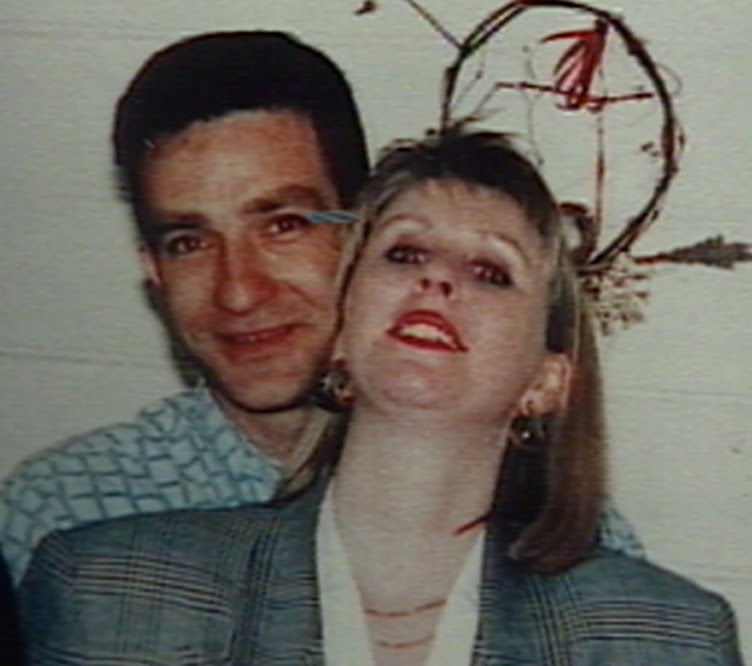 Unpopular causes are not the usual choice of nightly current affairs programs. However, when you believe something is wrong, popular or not, you are presented with a choice: use the power you have to do something or do nothing.

I planned to be as objective as possible. Faced with the hostility that came my way I can’t say I perfected the technique, however I chose not to have any contact whatsoever with Henry Keogh. After 13 years I met and spoke with him for the first time on the evening of his release.

What appeared to have been a slam-dunk for the justice system in the end has exposed just how perverted it can be.

More disturbing is the tenacity to deny, defend and dig deeper into the mire when faced with its own repeated and inexcusable errors. Even now with Keogh’s conviction quashed and any charge against him abandoned, the same mindset seems to remain.

There appears no inclination to learn from the past.

I had an immediate sense of the opposition I’d face from the Government when I was alerted to a speech the then Attorney-General Michael Atkinson gave in Parliament on April 1, 2003, in response to a story I’d done on the case. He told Parliament that “a few people, I repeat just a few people, have questioned the competency of the prosecution and suggested important pieces of evidence were withheld from the court. This is wrong. I deny it.” It was actually right, and I knew it.

A blow-by-blow account of the decade-long battle to have the flawed evidence in the case independently tested is a story for another time.

However, it’s worth reflecting on the fact that almost every miscarriage of justice in this country and around the world has only come to light following sustained, and sometimes bitterly resisted, media campaigns.

I had never made it a battle between innocence and guilt, but a question of a fair trial. At the heart of that were the forensics conducted by the state’s Director of Forensic Pathology, Dr Colin Manock.

In 1978, after a decade in the role, the Department that employed him told the Industrial Court he was “unable to do certifying of cause of death because of his lack [of qualifications] in histopathology.”

It is the essential qualification for forensic pathology. He never gained that credential but was permitted to perform almost 10,000 autopsies in this state. The work he did in the Keogh case was not just flawed – it ultimately had the effect of misleading the jury.

Keogh’s one slender thread of hope rested in the hands of the Government. The Petition for Mercy is an antiquated hangover from the royal prerogative. For Keogh, it was not a plea to be “freed” from prison, but the presentation of fresh evidence requesting the right to have his case referred back to court.

As a process, it is deeply flawed. The decision is essentially made at a political level behind closed doors. No reasons need be given and there is no right of appeal.

In 2004, when considering the Petition, the Crown sought advice from the expert best qualified to appraise the crucial forensics in the case. Professor Barrie Vernon-Roberts AO had been the Director of the IVMS and, for many years, had overseen pathology in the state.

His 16-page report was scathing of many aspects of the post mortem. His conclusions, however, were dramatic.

He found the forensic evidence did not sustain a hypothesis of deliberate drowning and, finally: “My preference as an hypothesis … for Ms Cheney’s death is that she lost consciousness after having sustained an initial fall in blood pressure due to blockage to a small artery in her heart or during a faint. While falling backwards from an erect position hit her head on the bath before sliding under the water and drowning while unconscious.“

In August 2006, the appeal for clemency was rejected. In a media release, Acting Attorney-General Kevin Foley said he had further “declined to refer the petition to the Supreme Court, after considering advice received from the Solicitor General Chris Kourakis QC”.

“Rather,” Foley continued, “it was the overwhelming strength of the whole of the circumstantial evidence against Mr Keogh that led, and still leads, to a conclusion of guilt.”

I felt like a hostage in the Mike Rann “tough on crime” decade. It was a populist mantra usually the preserve of tabloid TV. The administration was hell-bent on “locking up bad guys” – addressing wrongful convictions didn’t play into that narrative.

I don’t think a decent society that prides itself on observing the rule of law can lock up a citizen for 20 years, quash the conviction, drop the charge and not ask: How could this happen?

By 2012 I could see something had to change. There’s only been one murder conviction in this state overturned after the justice system had washed its hands of it. That was Edward Splatt – back in 1984.

The legal architect of that was the eminent and indefatigable Marie Shaw QC. I asked for her help. Fortunately, we were on very good terms. She agreed, and brought in Sam Abbott SC and a number of dedicated pro bono lawyers – on the condition I cease my media coverage. I had to decide between the interests of a man I’d never met and my job. I chose to silence the guns. At that time, the petition process was still all there was to work with. Then, in May 2013, one of the great legacies of the Keogh campaign materialised.

Thanks to Independent MP Ann Bressington, a Parliamentary Select Committee considered an amendment to allow second-chance appeals based on the emergence of “fresh and compelling evidence”. 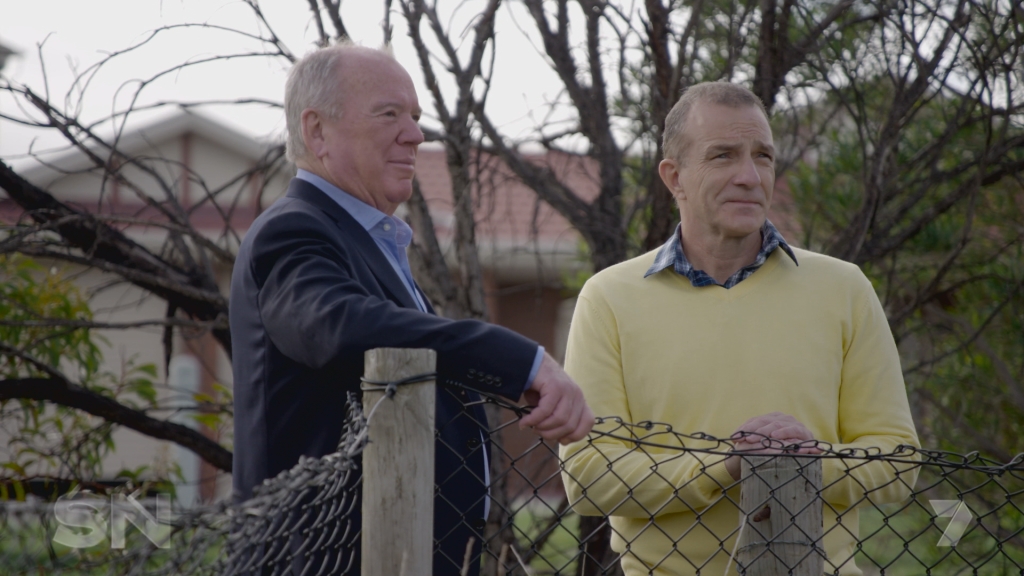 Behind the scenes I had been lobbying the new Attorney-General John Rau. He gave me a commitment that if the Committee recommended the change he would support it.

They did and, true to his word, he steered it through the Parliament. It is a national first.

The bar was set high but it meant Henry Keogh – and others – now had an avenue back to court, free of political involvement.

What happened in the Full Court appeal is now history. DPP Adam Kimber SC tried unsuccessfully to have the Vernon-Roberts report ruled inadmissible because its author, suffering dementia, could no longer be cross-examined.

However, every pathologist called – including two by the Crown – agreed with the report’s conclusions. The forensic conclusions of Dr Manock were demolished. The conviction was unanimously quashed – but a retrial was ordered.

Despite being cash-strapped and over-worked, the Office of the DPP spent almost a year pushing on with the retrial. Then, in November 2015, the DPP announced that “on May 1 an important witness became unwell [and] there was no reasonable prospect of conviction without the witness.”

He didn’t name this indispensable figure, but I know it to be Dr Colin Manock.

Astonishing – the circumstantial evidence, which the public had been led to believe over many years was so incriminating, didn’t rate a mention! Henry Keogh was finally free after 20 years of torment.

Now it might just be me but I don’t think a decent society that prides itself on observing the rule of law can lock up a citizen for 20 years, quash the conviction, drop the charge and not ask: “How could this happen, and why did we behave so badly for so long?”

So far the two men who have been granted a second appeal under the new legislation have had their convictions quashed. That’s a 100 per cent hit rate.

And yet there has been silence!

In the case of Keogh, I wrote to the Attorney-General – no response.

I wrote to the Law Society – no response.

Opposition legal affairs spokeswoman Vickie Chapman has repeatedly asked the Attorney-General about the Vernon-Roberts report and why it hadn’t appeared for nine years.

In February, John Rau surmised: “My belief is that nobody turned their mind to this particular matter at all.”

On the last occasion, in March this year, he simply replied: “That question reminds me of two other questions – one I frequently hear coming from the lips of Mr Archer, I think his name is… and another was a question of almost exactly the same tone which was asked of me a little while ago.

“I have nothing further to add.”

You get the justice you settle for.

Graham Archer is Channel 7’s Adelaide director of news and public affairs, and has covered the Keogh case for well over a decade.

Henry Keogh will speak about his ordeal for the first time in a Sunday Night special report, to be aired on Sunday at 7pm.