I battle with the word “vision” – an emotive word. To me, it essentially implies that William Light was a founding father, enduring hardship, striking out for the promised land to make a better place for the brave people who followed him…

But is that the real story?

He was a government surveyor employed to divide up land so that it could be sold. European settlers with an expectation based on the soils and farming fertility of their homelands arrived to discover mangrove swamps, scarce water and scant top-soil.  Was the man carving the land up for sale a hero or simply an opportunist, and were the new arrivals, in fact, cursing the government that sold them the land?

Parts of it still make sense.  But those parts come with a few “ifs”. A city centre framed by parks is still an excellent idea. If we kept them green so they cooled the surrounding areas during our hot dry summers they would make even more sense. There has been significant international research into the cost-benefit of irrigating parklands in cities with hot climates. The idea is that the cost, water and energy used to keep the parklands green would be outweighed by the energy and cost benefits of the evaporative cooling effects for the CBD and city frame areas. And if we turned them in to gardens and kept them green we might also be inspired to use them more.

Torrens Lake (the wide part behind the weir) is a wise idea along the north edge of the CBD for a similar reason. It acts to cool the hot dry northerly winds we get in summer.  If we could keep it clean enough to swim in or use without getting sick it would also be a recreational draw card for the city.  Within living memory we weren’t just rowing on the river, we were also holding swimming races in it. I’d dearly like to see that happen again. 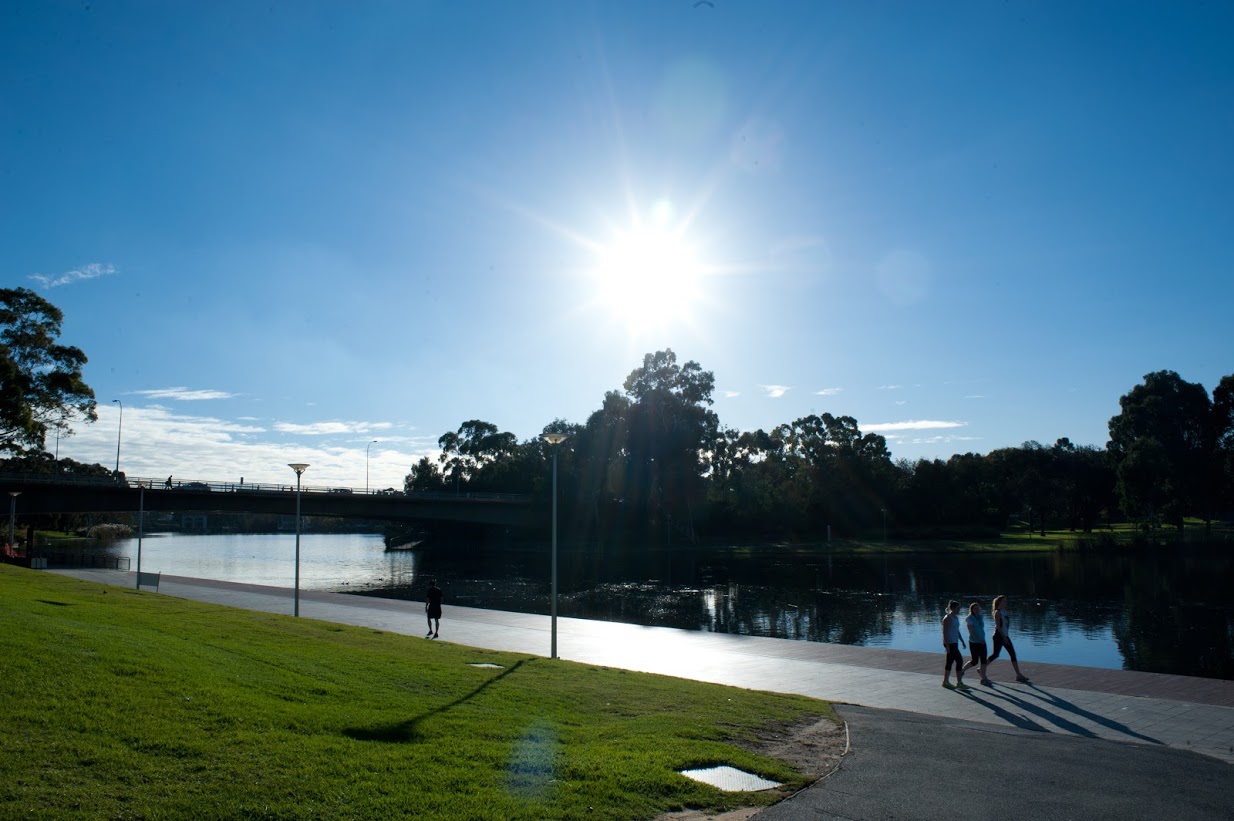 We need to work out how to make the Torrens healthy again. Photo: Nat Rogers/InDaily

Our squares are an amazing part of our city’s fabric.  If we can figure out how to use them for more than decoration we will be well on our way to building vibrancy within the square mile. Events like the Royal Croquet Club and Fork in the Road demonstrate just part of the potential for these spaces.

There are some aspects of our city, however, that may never make much sense to me. Take, for instance, the almost arbitrary location of the CBD, halfway between the hills and the coast. If the fabled canal had ever been constructed from Port Adelaide down Port Road to the CBD we may have discovered some sense in the location of our CBD, but as it stands that doesn’t seem a likely proposition. So we have to accept that there isn’t any particular reason for the CBD to be where it is.

Its arbitrary location does allow other areas such as Glenelg and Port Adelaide to maintain a point of difference, but without the density to support multiple competing centres they all suffer.

The city planning of Adelaide responds well to a northern aspect, but this also means that our wide streets soak up the scorching summer heat. Ancient cities built in hot climates often utilised narrow streets so that each building shades its neighbours. Since our summers are harsher than our winters our alternating wide streets don’t make a lot of sense. For a city with such clarity of movement we haven’t yet unlocked its potential to support greater numbers of people, which with just a little foresight would be easy to do. 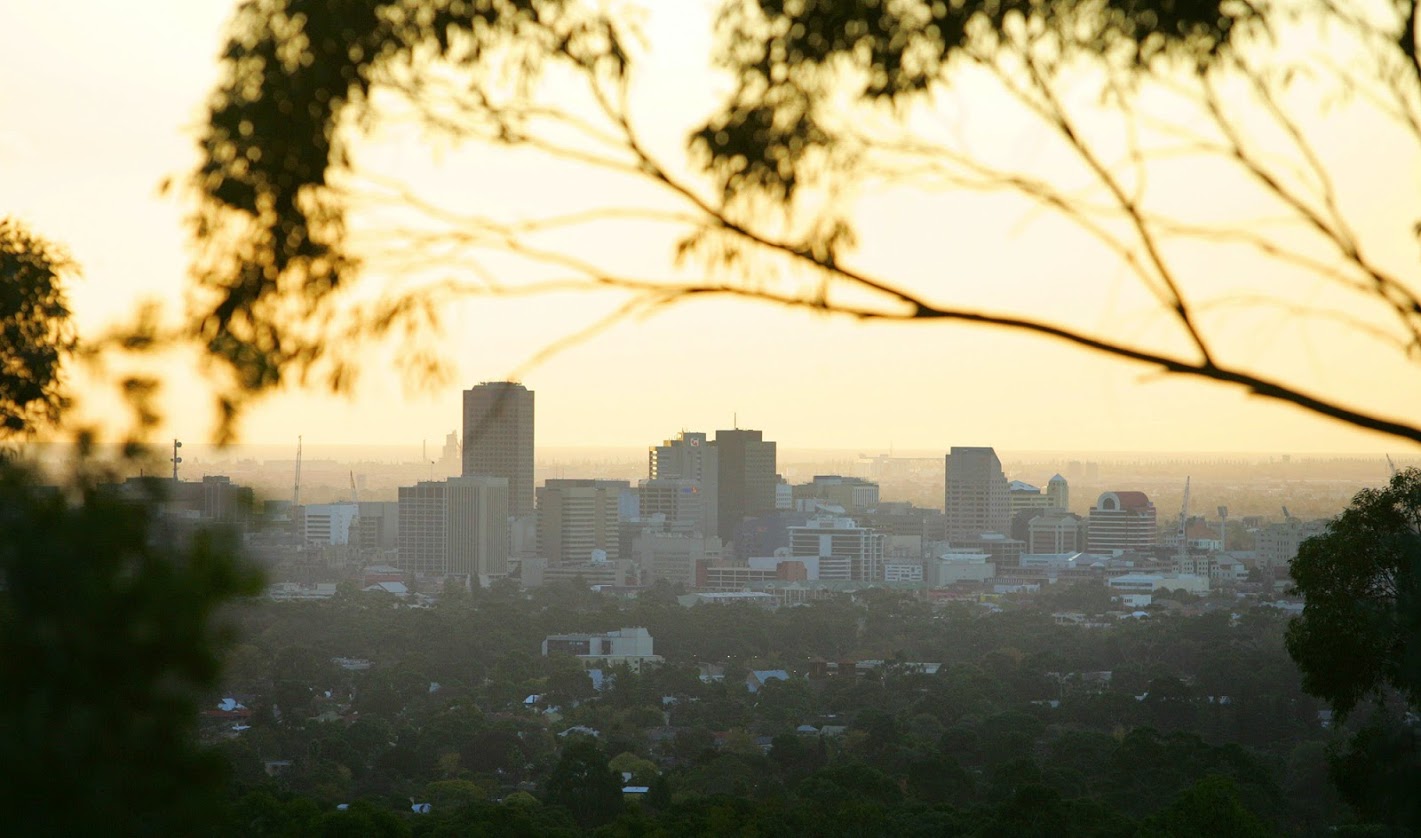 Once trams connected the city to Henley Beach, Semaphore and Glenelg. Glenelg kept its tramline – the others didn’t.  The current differences between these destinations is proof of the importance of better public transport. Glenelg thrived but, by comparison, Henley Beach and Semaphore regressed for several decades.

There was a time when trams went everywhere in our city. And within 30 years we’re hoping to claw back perhaps 60 per cent of what we had in the 1950s. We should be aiming higher and acting faster.

A vision or strategy that was created hundreds of years ago needs to be updated as the world moves forward, otherwise Adelaide will continue to be dragged kicking and screaming through the 21st century.