The first whale collected by the South Australian Museum was a mammoth task – an 18.7- metre sperm whale, whose skeleton is still on display.

In the 1800s and early 1900s museums collected large whale skeletons primarily because they were a major drawcard for visitors. The Museum’s priority is now to collect specimens for scientific study and to contribute to the conservation of these fascinating creatures. The Museum’s collection of marine mammals is now the largest and most comprehensive in Australia and we have an international reputation for research conducted on it.

Displaying marine mammals has been one of the roles of the South Australian Museum for more than 100 years. Early displays were typical of museums in the Victorian era. Many people would remember that for about 25 years from the mid-1960s, whale skeletons were lit up at night − a spectacular sight from North Terrace. Modern displays now bring skeletons to life with explanations of how species live and how they are studied.

The 21-metre Pygmy Blue Whale that stranded just north of Adelaide in 1989 created a great amount of public interest. Its skeleton was displayed to provide feedback to the public on how bones are prepared and how important this whale was to science. The display was also to promote the Museum (and its unique preparation facilities) as one of the major institutions for marine mammal collections and research in the Southern Hemisphere.

More recently, a rare Hector’s Beaked Whale was stranded about 100km south of Adelaide. It was no mean feat to collect on a windy, rainy day from the furthest end of Waitpinga Beach but it was worth it. It has created excitement in the scientific world – and online science media, being picked up by the Smithsonian Magazine and LiveScience – because of two rudimentary teeth not previously reported in this species. It could be an evolutionary throwback – the reappearance of an ancient feature.

Fortunately, we now have three Hector’s Beaked Whale specimens from South Australia, another from Tasmania and the genetic material of a fourth, that we can now compare.

Collecting, preparing and storing marine mammal skeletons is labour-intensive and expensive. In 1983, a purpose-built facility was opened that streamlined the process. Among its many wonderful features are large, heated macerating tanks and a gantry crane that can lift animals that weigh up to five tonnes. There is no other facility of its size in the world. A large shed houses a massive collection of baleen, teeth, skulls and skeletons of whales and dolphins. Row on row of skulls, large and small boxes of disarticulated skeletons, boxes of Sperm Whale teeth, huge lower jaws of baleen whales and neatly lined-up vertebrae of large whales greet the visitor to the collection. All parts of the skeleton are labelled with a unique registration number to avoid mixing up individuals.

There are 46 species of cetacean recorded from Australian waters and 41 of these are in the Museum’s collection. Some of the specimens are unique to Australia. The pinniped collection has representatives of all 10 species recorded in Australian waters, as well as some from elsewhere. The number of Australian Sea Lion specimens is over 450, which is the largest single collection of this endemic and endangered Australian species in the world.

So, what’s we missing? The Dusky Dolphin, Fraser’s Dolphin, Melon-headed Whale, Longman’s Beaked Whale (I have a soft spot for this one… it is known from one holotype specimen – the reference by which other specimens are identified – that stranded in Queensland in the 1800s and a handful of other examples from around the world).

But it’s not about trophy collecting. In recent years the South Australian Museum has diversified the collection into other types of samples and data. This is largely due to a necropsy program involving the monitoring of marine mammal mortalities in South Australia and the research interests of the scientists associated with the Museum. Since the late 1980s, frozen samples from over 1000 animals have been archived for toxicology and genetics studies. Fixed tissues for pathology research have been collected and archived, as have many histological slides (over 3200) that are prepared from these. 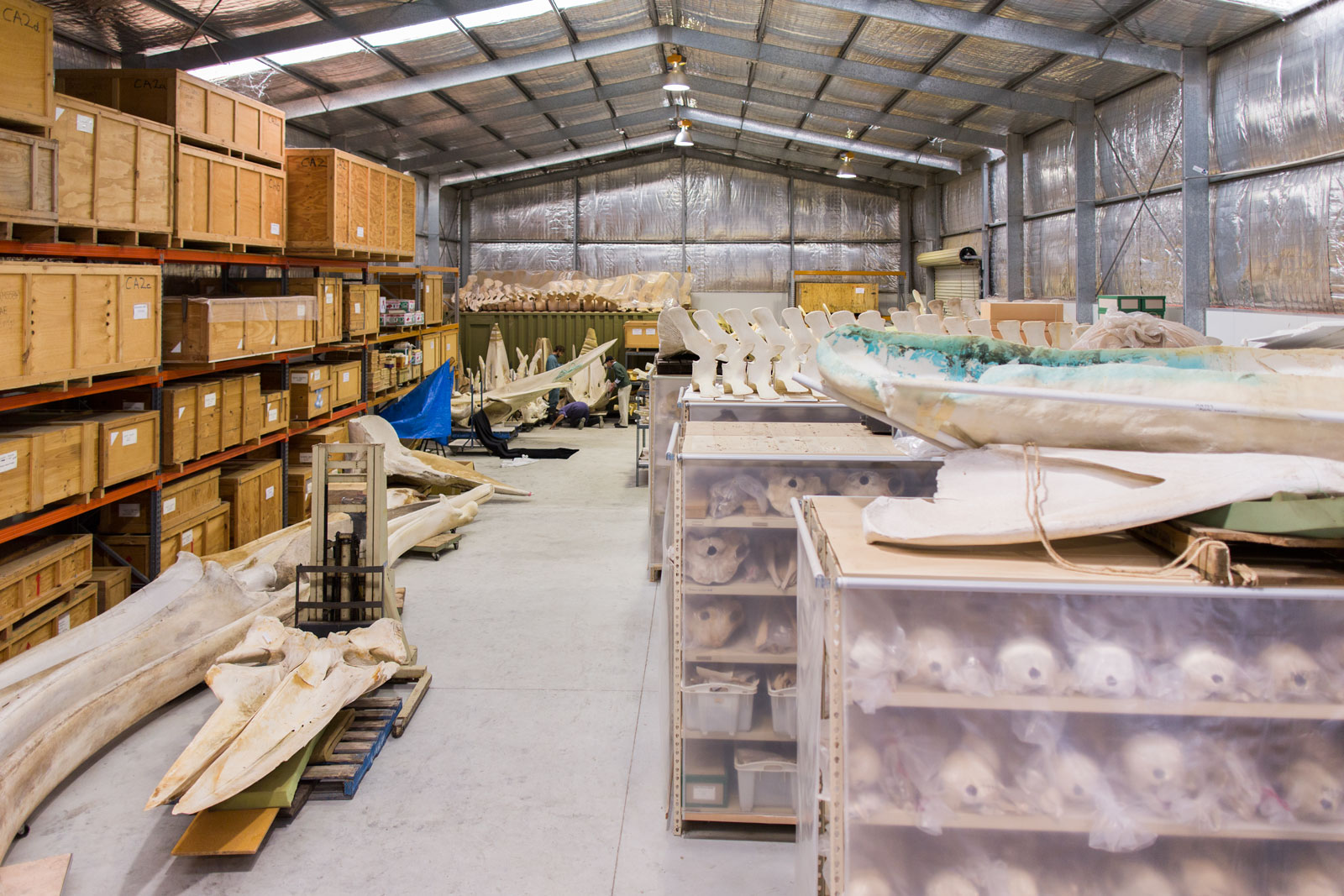 Studying marine mammal collections is problematic for researchers because the specimens are large and almost impossible to send out for loan. Scientific studies on skulls and skeletons are therefore more limited than for other groups of organisms that museums hold. However, there is more use of the collection and its data because of increased accessibility through national databases.

At least 90 scientific publications have been written using Museum specimens, over half of these since 1990 when the collection underwent considerable expansion. Modern science relies on sufficient ‘sample sizes’ to find robust answers to research questions. The collection of the rare Hector’s Beaked Whale brings the total held by the Museum to three skulls and one additional genetics sample. The Museum’s marine mammal collection not only has hundreds of specimens to study, each one has a suite of data that provides a full picture for an individual.

Taxonomy, systematics and distribution are generally considered the mainstay of museum research but in the case of the marine mammal collection, its size and breadth has enabled expansion into other fields, including conservation. Researchers have been called upon to help solve the problem of dolphins dying as a result of human activities such as fishing, aquaculture, pollution and illegal killing. Monitoring mortalities and their causes has obvious implications for conservation of species because it can identify perturbations in the pattern over time.

The collection’s future is in good hands at the South Australian Museum but augmenting it with the missing six species will strengthen its position as an Australian icon.

Acknowledgements: David Stemmer and previous collection managers are thanked for their commitment to maintaining the mammal collection. I thank the many volunteers who have assisted in many ways. I am indebted to the National Parks and Wildlife, South Australia staff who have collected many specimens over many years.