They keep coming. Thousands of refugees fleeing war torn Northern Africa, are paying people smugglers up to $4000 per person to make the dangerous crossing to Sicily and the Italian mainland.

In a UN brokered deal, Turkey recently closed its borders, cutting off the escape route through Greece to Europe for tens of thousands of refugees fleeing Syria, Iraq and Afghanistan.

Not since the end of the World War Two has there been such mass migration to Europe. As I drive around Sicily and in Rome and Naples, thousands of young men from North Africa and Pakistan flog cheap items to tourists on street corners.

The sellers are illegal and quickly pack up their stalls when their lookouts spy the police.

Italy is being flooded by refugees. Off the west coast of Sicily, the Italian Coastguard recently hauled 1000 refugees from boats, some craft no bigger than an Adelaide backyard swimming pool.

In the last 18 months, one million men, women and children, carrying their meagre possessions, have paddled and trudged their way to Europe.

The number of international migrants, including 20 million refugees, reached 244 million in 2015 – a 41 per cent increase compared to 15 years ago, according to the latest UN figures.

‘Ali’ made the perilous journey from Pakistan to Egypt, where he paid a people smuggler to get him on a boat to Italy. He is now selling fake Nike runners on commission in the Piazza Garibaldi in Naples.

“I left my wife and two children back in Pakistan. When I get to Germany or France, I will send for them,” he says.

‘Ali’ lives hand-to-mouth. I ask him who supplied the cheap runners but he smiles and shakes his head, as if any reply may bring trouble.

Over the last six months there have been reports that the mafia has gained government contracts to supply food to the refugees and is forcing some to sell cheap shoes and sunglasses in return.

Recently in Rome, I visited a North African shanty town built under a freeway overpass, near the 1960 Olympic Village. A rat the size of a house brick took off through raw sewerage. An African man asked me what I wanted.

When I asked if there was anyone in charge, he angrily shook his head.

In the distance, the Italian track and field team were holding trials for the Olympic Games in Brazil. 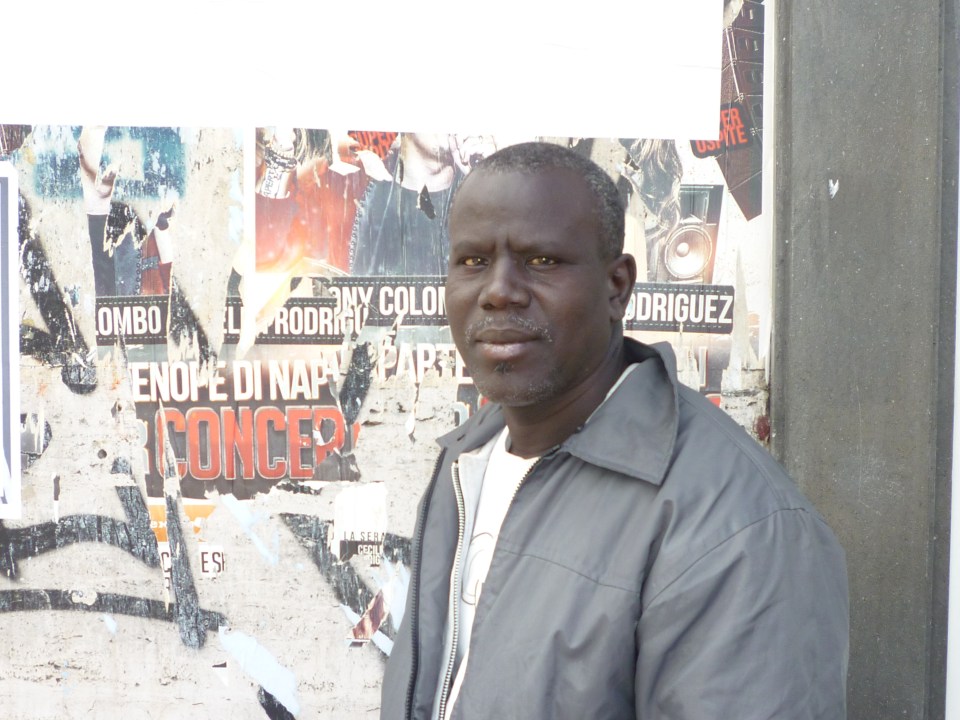 Austria plans to build a fence in the Bremmer Pass in the alps, to stop the refugees coming from Italy. Two thousand years ago, Roman armies marched through this pass to conquer the known world.

Austrian politics has taken a xenophobic turn as the popularist far right Freedom Party fans the flames of race hatred. It is going to have to be a very big fence as there are reports of one million refugees amassing in Libya and Tunisia, with their eyes fixed across the Mediterranean.

It is hard to gauge what Italians think about this tidal wave of refugees. In the south, where I am now travelling, one shopkeeper wants them gone.

But this may not be the majority view. Talking to the refugees, they have two admirable qualities: hope and ambition.

While there is certainly racism in Italy – and make no mistake, there is plenty of poverty here – there is also an attitude of ‘live and let live’.

There’s compassion born from the deep experience of war and upheaval. For example, in Milan, the government is paying approved citizens to host refugees for six months.

I asked an old woman in Rome, who runs a fruit shop, what she thought of the refugees. Lia stopped sweeping the floor and in a soft northern Italian accent said: “My grandfather was Swiss, my mother came from Malta. My husband is Italian but our children live in England and America. The refugees are not the problem. The problem,” she raised a finger and tapped her head, “is up here.”

In Australia, we banish boat people to Pacific islands. There are reports of immolations and rape and of a rising culture of militarisation in the Department of Immigration. This sounds more like Tojo’s imperial Japanese government of the 1930s than a mature western democracy.

This is not to suggest the Italian state is welcoming those fleeing ISIS or African warlords with open arms. There are serious problems.

It’s more a case that there is less fear mongering in Italy. For 20 years, large sections of the Australian media have demonised refugees from Vietnam, Cambodia and more recently people fleeing the terror in the Middle East, Somalia, Eritrea and Afghanistan.

Like Austria, Australia has ‘built a fence’ against those arriving by sea. But no matter how many frigates and patrol boats we build, the scale of the problem calls for an international solution.

My fear – and I hope I am wrong – is that Australia’s good fortune has made us greedy Golems rather than generous larrikins, who would unreservedly help those fleeing tyranny.

The Roman shopkeeper knows something that the entire Federal Government does not: the refugees are not going to stop.

We came to Australia in dugouts, in convict ships, as Ten Pound Poms or in leaky fishing boats. But we’re all in the same boat now.