As much as the public don’t always enjoy our adversarial two-party political system (although secretly, just like trashy TV, it does seem to grab our attention), it does serve us well.

In this series, Chris Picton and I have taken to arguing opposite points of view on a given topic each month. The hope is that through this exchange the better idea wins out, or indeed the better messenger wins out. If nothing else it helps the two authors to think more deeply about the issues, and let people know where we stand.

Unfortunately Chris has chosen, this month, to focus on the Liberals’ supposed lack of ideas instead of a specific idea. And instead of turning this column into what we debating nerds call a definitional debate, I am willing to take the bait.

For a political party, coming up with ideas is easy. What is hard is taking an idea from conception into something practical and workable.

But before an idea or a policy, a strategy is needed – an overarching set of principles to help these ideas sit inside a conceptual framework that is consistent and guides the ship of state in the right direction. This is the reasoning behind the release by Steven Marshall of the Liberal team’s “2036” manifesto.

Predictably, the Labor Party and the media have derided the document as “lacking ideas” but this couldn’t be further from the truth. 2036 is the conceptual framework under which our policies do and will sit.

2036 gives South Australians an alternative vision for our state, a vision that is based on deeply held Liberal values. To say that it has no ideas means that you need to take another read, and properly this time.

2036 makes more sense with each day that brings us closer to the election. We will continue to take broad concepts and turn them into policy specifics.

2036 sets out a very clear fiscal strategy for an incoming Liberal government. We aim to run neutral budgets ensuring that our taxes cover our day-to-day expenses. It also states that debt-funded productive infrastructure is essential to stimulating jobs growth and an expansion of SA’s capital program would help achieve that.

2036 also sets out a number of key themes, such as lower taxation as a way to create sustainable jobs and it talks about decentralisation in a number of areas, from health and education to emergency services and child protection. 2036 has a focus on our regions, currently neglected, that can be great engine rooms for growth as well as fostering entrepreneurial spirit through education and business culture. The manifesto also offers some policy specifics, from reinstating the emergency services levy remissions to separating the education and child protection departments to moving year 7 students to high school.

Successful ideas deliver good outcomes. On that score our state’s 0.5% employment growth, 1.6% gross state product growth, 0.4% drop in year on year exports and 7.2% unemployment rate show that Labor’s “ideas” just aren’t getting the job done. The disparate grab bag of Ministerial pet projects that Picton mentioned don’t constitute an overarching strategy. The ship of state is large and difficult to manoeuvre, needing every policy to pull in the same direction. In our case the ship is dead in the water with conflicting policies pulling in all directions leading to a state that is going nowhere fast. Indeed it took 12 months for Labor to come up with an “idea” after winning the election and asked for a do-over in the form of proroguing Parliament to try and help South Australians forget that fact. 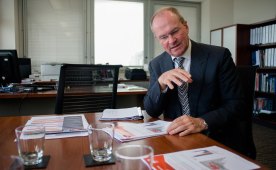 The last thing about ideas is that you need to believe in them. That’s why, as a former Liberal, if Martin Hamilton-Smith had held Liberal beliefs strongly then he wouldn’t have sold his values out to sit with those who he had been fighting for his entire political career. It is difficult to backflip on everything that you have stood for and still have South Australians listen to a word you say.

2036 makes more sense with each day that brings us closer to the election. We will continue to take broad concepts and turn them into policy specifics. In the short time since its release we have announced policies around ride sharing, rate capping for local government and adaptive reuse for heritage buildings. These policies fit inside what, by the time of the next election, will be a comprehensive platform for how the incoming Liberal government will start, on day one, to move our troubled ship of state in not just any direction but the right direction.

Stephan Knoll is the Liberal member for Schubert.