There has never been much rhetorical ambiguity about the fact the Weatherill Government’s rationale for its single most unpopular policy to date has been a federal funding shortfall.

Just in case it wasn’t clear, this was how Treasurer Tom Koutsantonis explained his decision to effectively increase household emergency services levies back in 2014:

“What we’ve done is removed remissions from the Emergency Services Levy for everyone except for pensioners [and] transferred those remissions into health – that’s the prudent thing to do.

“If Tony Abbott reverses his cuts to health, I will immediately – immediately – reverse our increase to the Emergency Services Levy.”

This latter refrain became one of his standard retorts to any complaint, be it emergency services volunteers feeling dudded or farmer firefighters threatening to withhold their services or aged care residents being hit with higher fees until Treasury rushed to close loopholes in the revenue grab.

“The ball is firmly in the Prime Minister’s court,” Koutsantonis said at the time, and many times since.

“If he wants the people of South Australia to have a remission on the Emergency Services Levy, reverse his cuts to health and education.”

This was the ultimatum, again and again. And again.

It was a convenient, not to mention clever, device: rhetorically reinforcing the spectre of the Commonwealth’s contentious cuts while divesting (or attempting to divest) the state of any responsibility for the highly and rightly unpopular ESL hike.

This week, a bloke in Croydon, UK, sparked global uproar with this frankly silly tweet. 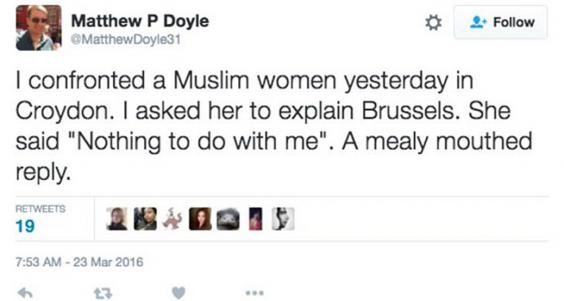 The guy was subsequently arrested for drumming up racial hatred on social media via the since-deleted tweet and others, so he’d hopefully be reflecting on his life choices.

And anyway, it would have been far more accurate if he’d written:

“I confronted @TKoutsantonisMP yesterday in Croydon (@MickAtko’s electorate). I asked him to explain the ESL. He said ‘Nothing to do with me’. A mealy mouthed reply.”

Because the events of this week suggest the State Government is now wedded to its ESL hike, which it sees as the long-term solution to its revenue problems.

It’s little wonder the Premier can scoff at Malcolm Turnbull’s ambit claim of divesting the responsibility for setting income tax rates to the states.

The SA Government has already tweaked its tax take to balance its books, reinstating the 50 per cent remission it once paid on the ESL back into general revenue.

“Even after you take into account the ESL changes we’re still over the next four years about $550 million short,” he told FIVEaa.

“So there’s no windfall to be handed back to people – we still need every dollar – and plus some – to be able to meet the cut the Commonwealth put in [so] it’s not like it’s spare money… if you’re suggesting some of it be handed back, you’re really saying you’re prepared to cut healthcare services, and we’re not prepared to cop that.”

Because it was the Weatherill Government that explicitly tied the ESL hike to federal health revenues. Implicit in that was that Labor’s hard-fought campaign against the cuts was also a campaign to allow them to reinstate the ESL remission.

But that was never the intent.

The ESL, clever as it was, was only ever a device to free up a large chunk of general revenue under the guise of the oft-repeated “hypothecated fund”.

And as for this other oft-repeated slogan: “If Tony Abbott reverses his cuts to health, I will immediately – immediately – reverse our increase to the Emergency Services Levy”?

Well, we must obviously take the Government at its word. Just very, very literally.

We absolutely will when the Health cuts are reversed in full. Unfortunately the media reports show only a fraction of cuts returned. @009Kat

In other words, the only rationale for reinstating the ESL remission will be for a full reversal of the forward revenues removed by the Commonwealth.

Oh, and it has to be done by Tony Abbott.

So in other words, it’s history.