This is the complex psychiatric/neurological phenomenon that explains why we can’t tickle ourselves. A duplicate message is sent from the contact point of the skin to receptors in the brain, telling us that what is about to happen is not spontaneous, not authentic. And so we don’t, or can’t, laugh when we self-tickle.

When it comes to the fragile SA arts industry, the Weatherill Government suffers terribly from this malady. Rather than support art practice for the intrinsic value of the art, our political elite subvert any chance of authentic art practice being made, and the social benefits that might arise, by issuing a duplicate message saying “now let’s be creative and see some activation”.

SA’s limited and unimaginative politicians and bureaucrats see good things happening elsewhere, visit the place to see how it works, then seek to import it in order to gain the same economic benefits they see provided at the other place.

And so it is, to “want what they’re having”, as our arts leaders often do, is to be inauthentic; the covetous not realising that the benefits arising from the thing that is desired depends on authenticity itself.

A case in point is Hobart and the Museum of Old and New Art (MONA). A leaking government source isn’t needed to know that senior arts bureaucrats and politicians have visited the Apple Isle. They’ve been there to see first-hand what is going on in Hobart, courtesy of MONA’s gallery and its summer and winter festivals, Mona Foma and Dark Mofo.

When bureaucrats ask, “which way to success?”, they look at the hand doing the pointing, rather than the thing being pointed at.

While David Walsh funded and built the remarkable museum in an industrial suburb of Hobart, the last thing he cared about was creating jobs and economic spin-offs. He was, and is, obsessed with art.

It therefore arises that MONA is as spontaneous, quirky and independent as its voice is authentic. 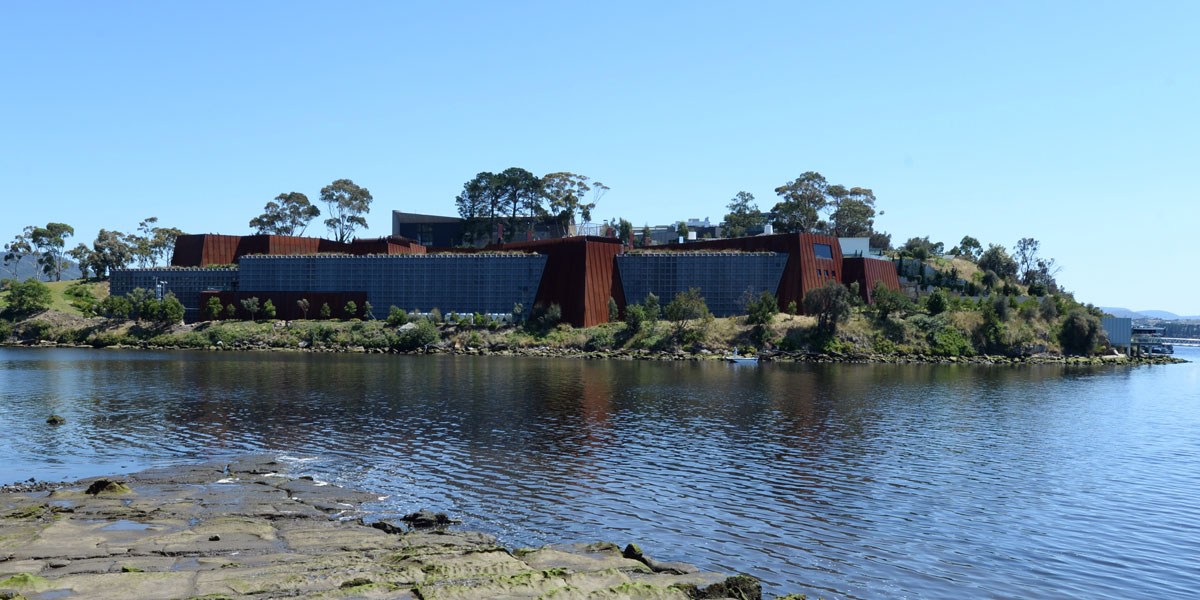 The Museum of Old and New Art (MONA) in Hobart. AAP photo

There was a time when Adelaide, too, was authentic. We had our own spontaneous, quirky and independent voice. While one can’t compare the two but, like David Walsh, Don Dunstan genuinely loved the arts and saw value in supporting all forms when no other government in Australia did.

Adelaide became a national honeypot of creativity and cultural enterprise under Dunstan’s interest.

The Weatherill Government wants Adelaide and its regions to be ‘vibrant’. All this while it strips $1 million from the Festival’s 2016 budget, while the internationally renowned Australian Dance Theatre’s funding dips scandalously below $300,000 when it was once $1 million p.a., while the Art Gallery of SA’s support base shifts to the unsustainable life-support of benefactors, and while the Adelaide Symphony Orchestra is today, inexplicably, the least-funded symphony orchestra in Australia. All this while the State Opera’s 2015 box office dipped to record lows.

The Festival Theatre foyer leaks into buckets when it rains, its miserable plaza garden beds are spilling over with sand and cigarette butts, and technical equipment back stage is woefully out of date. After more than a decade of embarrassing neglect, so-called ‘upgrade’ funds have been found for what really is maintenance.

Every institution and art form in South Australia has shrunk under Premier Weatherill’s, and Arts Minister Jack Snelling’s withering leadership. Where once the fearless and wise Len Amadio, long-time Director of Arts SA, stood in the way of SA Treasury bean counters, today’s arts bureaucrats are nowhere to be seen. In our SA episode of Yes Minister, Sir Humphrey has little arts knowledge or industry experience to guide and protect a vulnerable industry over which he presides.

In fact, Arts SA was subsumed into the Department for State Development long ago. Today its role is to grind the organ for the state vibrancy monkey. While ever economic spin-off is the motivation for public subsidy of the arts, mediocrity will prevail, and corollary discharge will run its course.

When we think of the legacies of past rulers we don’t remember and celebrate them for their economic management, or terms of trade of the era. We think of the David Walshes and Don Dunstans of the world, for whom the primary benefit of the good is, and was, justified in the authenticity of the object itself; not in how many hotel room nights were sold.

I must go now, I’m off to be spontaneous.

Rainer Jozeps has spent 30 years as an executive in the arts industry. He has held senior roles with the Australian Elizabethan Theatre Trust, the Festival Centre, West Australian Ballet, The National Trust and was managing director of the Adelaide Symphony Orchestra.