A horrendously distressing private tragedy played out in our state this week, and the fallout played out in international news media.

Marco Bulmer-Rizzi’s new husband David was killed in a freak accident, falling down a flight of stairs, while the couple was visiting South Australia on honeymoon.

The agony was compounded when authorities refused to recognise David’s marriage on his death certificate, the document that marks an official full-stop to a life that was, by published accounts, filled with love, laughter and generosity.

The whole story is just desperately sad. I am sad for Marco, and for David and their extended family.

And I am sad for South Australia.

Premier Jay Weatherill tweeted that he was “deeply ashamed this happened in SA” (he was, unfortunately, erroneously replying to a conversation thread about a Belgian entrepreneur trying to revive the Holden plant, but at least the error suggested the matter had troubled him deeply).

Our antipodean brethren have traditionally thought on SA, if at all, as a remote outpost synonymous with social conservatism and grisly killings. 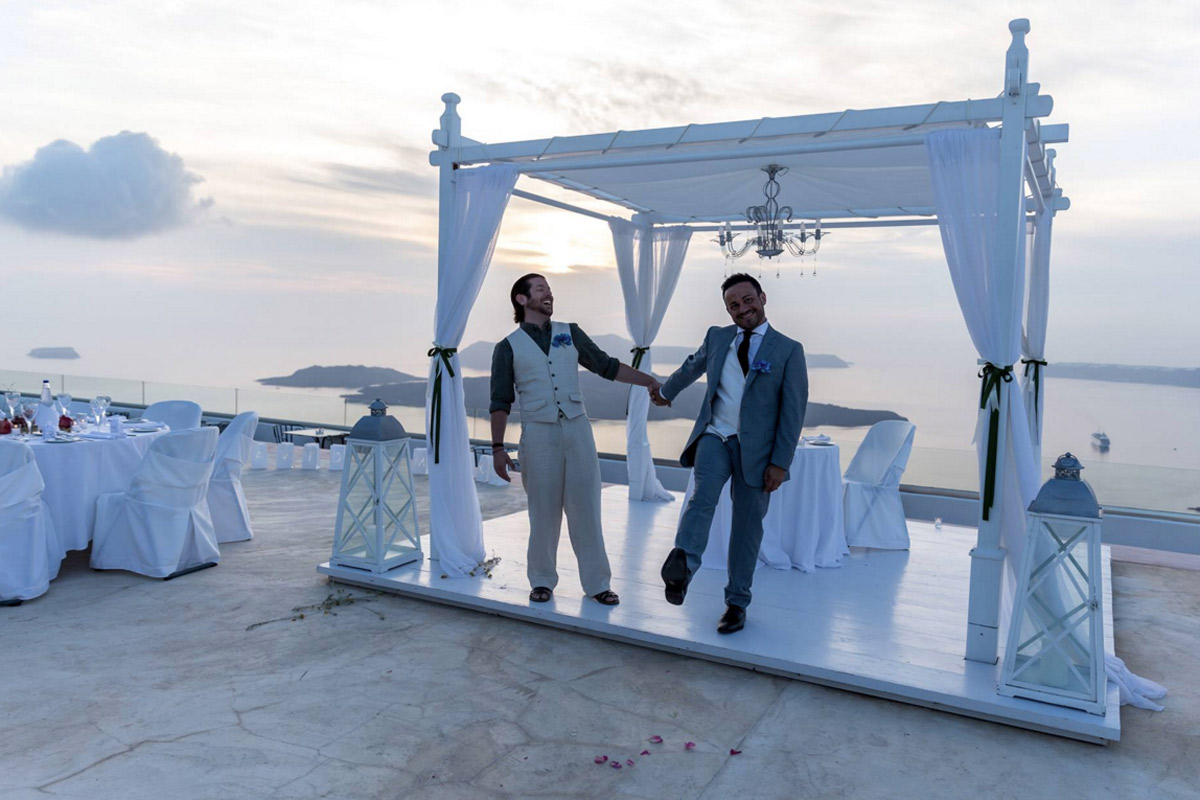 David and Marco Bulmer-Rizzi at their wedding last year.

That this nasty episode will add a chapter to the debasement of our international reputation is a disappointing footnote.

Britons reading the original interview with Marco on Buzzfeed UK or Italians following the story in their Vanity Fair could rightly presume SA a cultural backwater, steeped in reactionary conservatism and entrenched homophobia, and there may be some truth to that impression. But gladly it is not the South Australia I recognise.

Marco Bulmer-Rizzi later told Weatherill he felt marginalised, in turn, by interviewing police officers, a funeral director and bureaucrats at the state Office of Births, Deaths and Marriages, who insisted that federal law did not recognise same-sex marriage, and therefore David’s official status would be recorded as “Never Married”.

When asked if there was any less definitive terminology that could be used, Marco was apparently told: “No, that’s not one of the drop-down options on the computer.”

It’s clear the entire situation could and should have been handled with more grace and empathy. Beyond that, there is evidently a legislative debate to be had. Weatherill insists that, contrary to initial reports stemming from Marco’s advice from the British consulate, SA is not out of step with other states in failing to recognise same-sex marriages for overseas citizens. Indeed, as a result of this sad affair, it may yet be the first to amend this loophole, as the Premier has already promised the grieving Marco he will do.

But there is another element to the tale that smacks of a distinctly SA malaise: the irrefutability of bureaucratic bastardry.

For a death certificate to not be allowed to recognise a legal union because the Computer Says No is among the most cringeworthy elements of this saga.

And sadly, this is a South Australia I recognise.

If Weatherill is genuinely ashamed of the state’s role in this ordeal – and I’ve no doubt he is – then it’s fair to point out that his Labor Party has been in power since 2002 and the Government has long left what he calls these “archaic, out-of-date laws” in place.

But it’s also fair to point out that this week’s events were cruel and unusual, and the circumstances Marco Bulmer-Rizzi endured in SA are uncommon, unprecedented even. The legal failings they have pulled into sharp focus may not have been evident before, but they are now, and the Government is now committed to remedying them.

But the other element of the ordeal – the monolithic bureaucracy – that has long been understood.

Indeed, Weatherill himself was the first ever Minister assisting the Premier with Public Sector Management – and hasn’t that gone well?

If the public sector generally remains so stifled by inertia that functionaries consider it appropriate to tell a grieving, displaced widower that his legal marriage isn’t recognised by the office computer program, end of story – that is symptomatic of a culture that desperately needs reform. And that is something for which this Government must take responsibility.

The fundamental human rights issue underlying all this is Australia’s continued reluctance to genuinely debate same-sex marriage, and the timorous self-interest of politicians who should be its most persuasive advocates.

But even with that aside, the very least we should have already done is amend our systems to recognise the progressive laws of other western countries with which we have close ties, and respect and acknowledge the rights and dignity of their visiting citizens.

How hard can that be?