I’ve started an affair with a redhead, having long been partial to rangas. As with any affair, an essential part involves the seduction of oneself with comfortable lies: “It will be different for us”, “This time it won’t end in heartbreak”, and so on. But it will, because that’s the nature of the thing. And just to underscore the wantonness of it all, I don’t care.

Before anyone gets too steamy with moral outrage, or misplaced salacious interest, one thing needs clarification.

The redhead’s name is Connor. Apart from a very black nose, he’s actually red all over from snout to stern, save for a few black hairs here and there in his beard. Time will take care of those. Connor’s just how an Irish Terrier should be, just how our lost girl Hayley was.

I was mistaken in October when I said I’d never write about Hayley again. As she was in life, my grief over Hayley’s loss has proved a faithful companion. Nothing in my experience, not even the death of my father, had prepared me for that.

That damned, darling dog had woven her tale so completely through our lives, we’d forgotten our lies … that it’d last forever. She was our fabric, but because of that, Hayley was also a thread through other people’s lives, as their dogs are for us. They are one of the things binding us together.

So friends and neighbours sent flowers and cards when they heard the red dog had died. The best gifts of all, though, were the stories they shared of their lost dogs. They showed me that while I might be crazy about dogs, my grief over the loss of our dog didn’t make me crazy. Well, no more than usual.

I learnt one friend waited six months before re-taking the morning walk she and her dog had done together every day for years.

A neighbour, who has long since welcomed a new dog into the family, told me he still gets teary at the mention of the first dog’s name. “Where the hell does that come from?” he said to me. “It’s been seven years!”

I know exactly where.

I haven’t washed the shirt I was wearing the night Hayley died. I won’t put it on again, but I won’t stick it away in the wardrobe. I don’t want to see it unexpectedly. So the shirt sits folded on a chair, next to a pile of books and other clothes awaiting transition to the laundry. It’ll sort itself out eventually, and it does mean there’s now one less middle-aged man roaming about in the uniform blue checked shirt.

Eventually our dead dogs move to the room of comfortable memories. We can then visit them without tears. In my case, Hayley’s off to a ramshackle place, joining my grandparents, my childhood at Sanderston, and some songs from the ’80s that I’ll never publicly confess to liking. Being a terrier, she just taking her time about it. 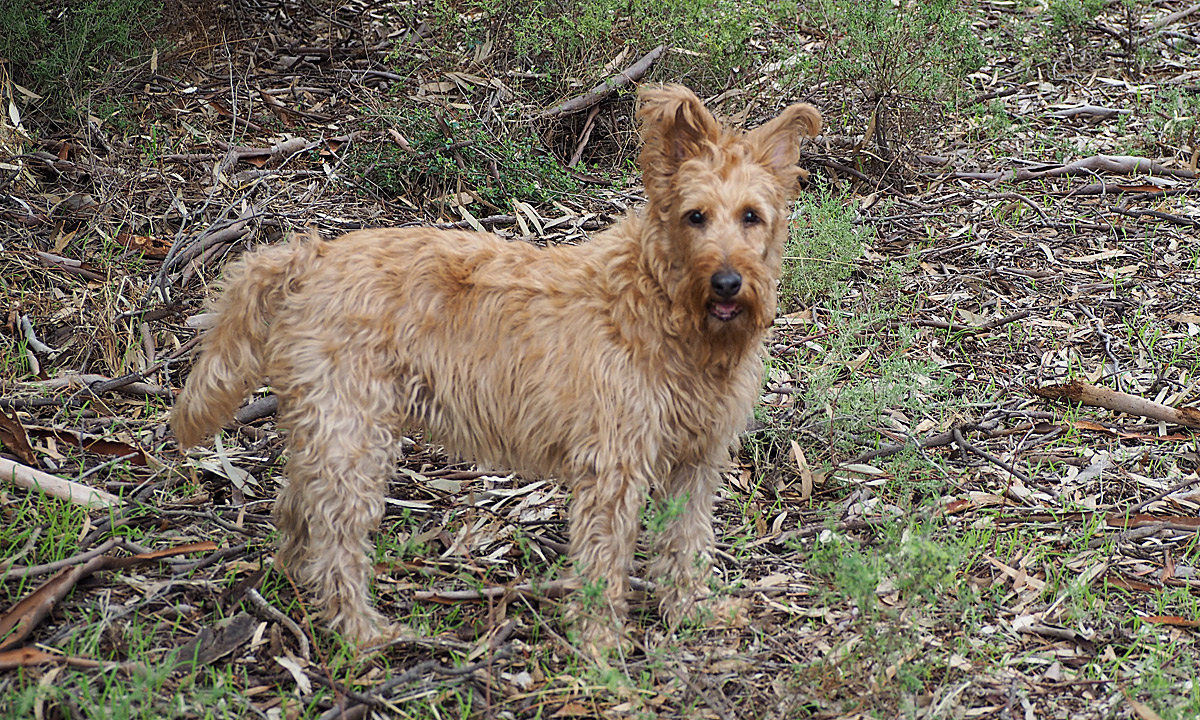 Hayley was the Red Dog.

I keep thinking of the phrase “beautiful little fools” from The Great Gatsby. Daisy thinks being a beautiful little fool is the best a woman can hope for in life. Some people just can’t help participating in their own oppression, can they? In any event, I think it better suits us all as a description of the human/canine conundrum. We invite these dogs, with their fleeting lives, into ours. They commandeer our hearts and then lounge on the furniture. In summer they block the coolest doorway, and in winter they hog the heater.

Then they go. It’s foolish, maybe even absurd. But it’s also unarguably beautiful, this need of ours to love something besides ourselves, something that we know will break the heart that loves it.

And so beautifully, and foolishly, we’re doing it all again.

I’d forgotten what puppies are really like. This is a neat evolutionary trick, because if we remembered there’d be no more puppies. Nor, come to think of it, little humans. Puddle after pissy puddle, Connor’s keeping the absorbent paper towel industry afloat, while drowning my fantasies of easy toilet training.

We hadn’t intended getting another dog so soon. Connor had originally been promised to someone else’s family, but their plans went awry so ours, too, were changed. A few weeks ago, all gangly paws and cautious eyes, the Ginger Nut Mutt Mk2 arrived at Adelaide Airport from Perth.

As I knelt down next to the crate and called his name, Connor’s tail started wagging, tentatively at first and then with real conviction. It’s hardly stopped since. Only the vet’s thermometer applied just nearby has given the tail a momentary pause.

Thermometers aside, I hope Connor’s tail wags for years and years to come. 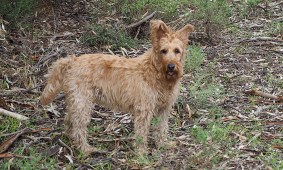 A death in the family

I hope to see his red beard go grey, his eyes go rheumy, and his joints just go. It’ll be like looking in a mirror. All the signs of a happy, long life which, of course, won’t be long enough.

Simon Royal is an ABC journalist. He lives in Adelaide.