Australia, and especially South Australia, has an enviable history. We have had almost 180 years of peaceful settlement, originally set up as a state of free settlers attracting those, like the persecuted Lutherans that settled in the Barossa, who came to find a better life.

In 1901 the colonies federated and created the Commonwealth of Australia. This process, while not without controversy, was done through negotiation and design rather than conflict.

Since then we have enjoyed one of the most stable democracies in the world, showing maturity through constitutional issues such as the dismissal of the Whitlam government.

It could be argued that our federation needs fixing to better address the division of responsibilities between tiers of government and horizontal fiscal imbalance but the fundamental framework of our constitutional monarchy works.

So why change it?

The republican argument has always been weak because it fails to articulate the problem that it is seeking to fix. My colleague, Chris Picton has continued in this mould with some fairly innocuous and superfluous points.

Australia’s history has some highs and lows but it has lead us to where we are today – one of the wealthiest, most stable and free nations in the world; no problem to fix here that I can see.

What is dangerous about the republican movement is that it will change the fundamental nature of those institutions that it is relying on.

To answer though, Mr Picton’s arguments, the following observations need to be made.

The true cost of this republican experiment would be between $2 and $3 billion. There are an infinite number of better uses for that money.

Picton argues that the recent visit by Prince Charles and Camilla cost South Australians and was not value for money. This is a bit rich coming from the party that spent millions bringing the now disgraced cyclist Lance Armstrong to town but, regardless of that, the Royal visit provided an opportunity for the Barossa and SA to be seen on the world stage with strong international coverage.

Chris Picton’s article is also disparaging of the royal family in a number of shallow ways, demonstrating the lack of substance in his argument. Princess Kate’s fashion is nowhere near as important as the primary function that the Monarchy has in our constitutional system. The Queen acts as an independent umpire, above politics, but there are issues at the core of our democracy, we have a higher authority who can intervene.

Depending on the model, a republican system can lead to a concentration of power and a breakdown of democratic institutions. This failed experiment has been seen at various times in Spain, Zimbabwe, Germany, France and Russia. In fact Spain reverted to a monarchist system after its failed attempt at republicanism. A concentration of power can lead to the rise of fascists and dictators, as it has in the past.

By contrast, constitutional monarchies have delivered stability for countries such as Britain, Canada, New Zealand, Norway, Sweden, Denmark and the Netherlands.

Australians have shown a clear preference for majoritarian government with significant checks and balances. We want our politicians to govern from the centre, ensure that everyone gets a fair go and make sure that politicians don’t get too far ahead of themselves. The current balance between a ceremonial head of state with reserve powers and heads of government that run the state or country is about right. In other words, we have those who are charged with running the place but someone else there just in case they need to be told to pull their head in.

A presidential model would change the power balance in favour of the head of state, giving too much power to one person. As a nation who likes to cut down a tall poppy we would be creating the tallest of them all and in doing so weaken, not strengthen, those who would seek to lead our nation.

Picton’s article is quite flippant, showing his innate trust in the institutions of our state and nation to withstand his proposed tinkering. What is dangerous about the republican movement is that it will change the fundamental nature of those institutions that it is relying on.

I struggle with those who argue, ‘hey we are a great place but let’s throw out what got us here and try something else – what could go wrong?’ I also struggle with those seeking to advance a course of action before they themselves agree on what that action should look like. 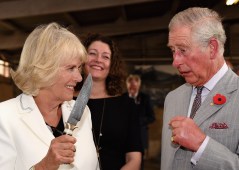 Off the Bench: Time to chop the Royals

This debate is significant and fundamental, not shallow and symbolic. If republicans are serious about changing the very nature of our society then they need to come up with a better argument than ‘I don’t like the Queen or Prince Charles’. After all, while there are some of us who do like the person, all of us rely on the institution whether we realise it or not.

Read our other “Off the Bench” debates here.