Conservatives like those in the Liberal Party claim they want to remove ‘red tape’. They say they want smaller government with less public spending.

Well here’s an idea we should be able to agree – let’s remove the ultimate red tape – the Royal Family.

I will admit that a small minority of South Australians were excited to see Prince Charles and his second wife Camilla visiting South Australia for some four hours last month.

Even my colleague Stephan Knoll went out in the crowd at Tanunda to give them a wave.

I am sure they are both jolly nice people – but they didn’t take our state any further during their fleeting visit.

It has been argued that they somehow boosted tourism for the state. I don’t see how. The coverage I saw included Charles and Camilla on the front page of a newspaper – but it was entirely about how menacing Camilla looked with a knife, rather than any plug for the Barossa or South Australia.

This trip was supported by your taxpayer funds. All the security, flights, accommodation and expenses were paid by the Australian taxpayer. More than half a million dollars.

If the intention is to attract tourism by these ‘celebrities’ visiting – we can do much better. Oprah and Ellen’s TV-show visits to Australia brought in far more world attention for our local sites. And they are far more entertaining value for our taxpayer’s dollar.

One of my earliest election experiences was as a 16-year-old handing out how-to-vote cards for the “Yes” campaign in the 1999 referendum. I’ve always been a passionate republican and this was the moment. I was assigned to an ultra-conservative Liberal-voting booth and was delighted when the ballots were being counted showing this booth was strongly voting yes. I was full of excitement, until I got to the car to hear the bad news nationally.

There were many reasons for that defeat – not least of which were the tactical decisions from the government to make the republican cause harder. The leader of our republican movement summed up my mood when he said John Howard was “the Prime Minister who broke the nation’s heart”.

That same republican is now our Prime Minister. In fact all the national political leaders and all the leaders of states and territories are republicans. There’s no longer excuses that there once were.

To people who have joined our Australian family from around the world it must seem very odd: “Welcome to our country – it is the best place in the world – it is a thriving democracy– but now swear your allegiance to this aristocrat from England.”

Some people say that we should wait for the Queen to abdicate or pass away out of ‘respect’. But wouldn’t it be more respectful to the Queen for her many years of service that we would make an orderly change now – and invite her to commemorate the transfer with us while we also honour her service.

Nowadays in my role I regularly speak at citizenship ceremonies welcoming our newest Australians as they take their oaths of allegiance. Despite all the Australiana that rightfully dominates such ceremonies there’s always a large pop-up banner of the Queen looking upon us. (No doubt there is some federal regulation requiring its smiling presence as mandatory).

To people who have joined our Australian family from around the world it must seem very odd: “Welcome to our country – it is the best place in the world – it is a thriving democracy– but now swear your allegiance to this aristocrat from England.”

I have no problem at all with Great Britain having a monarchy. It’s their tradition and it is a pretty good tourist drawcard for their country. But it does nothing to serve our country.

In South Australia we have the very model of what an Australian head of state could look like. Hieu Van Le has been an inspired choice as Governor – hard working, charismatic and respected by all sides of politics. Plus his personal story embodies the hope and opportunity that our country offers. He would make a brilliant Australian President.

Yet our Governor cannot become our head of state. The person who holds that position is not determined by merit, election or divine intervention. It is whomever is born in one particular rich, white, English family.

So instead of our own leader selling Australia to our export markets, or supporting our sporting teams on the world stage, our nation’s royal family sells another country’s exports and supports another country’s sporting teams. Not convinced? Have a look at the reports of the Queen’s wooing of the Chinese President on behalf of UK exporters. Australian didn’t get a look in from our Queen.

And to add insult to injury, her grandson (and the fifth in line to be King of Australia) headed to the Rugby World Cup and cheered for Australia to lose. The most basic thing we should be looking for in a head of state is that they aren’t cheering on our country to lose. 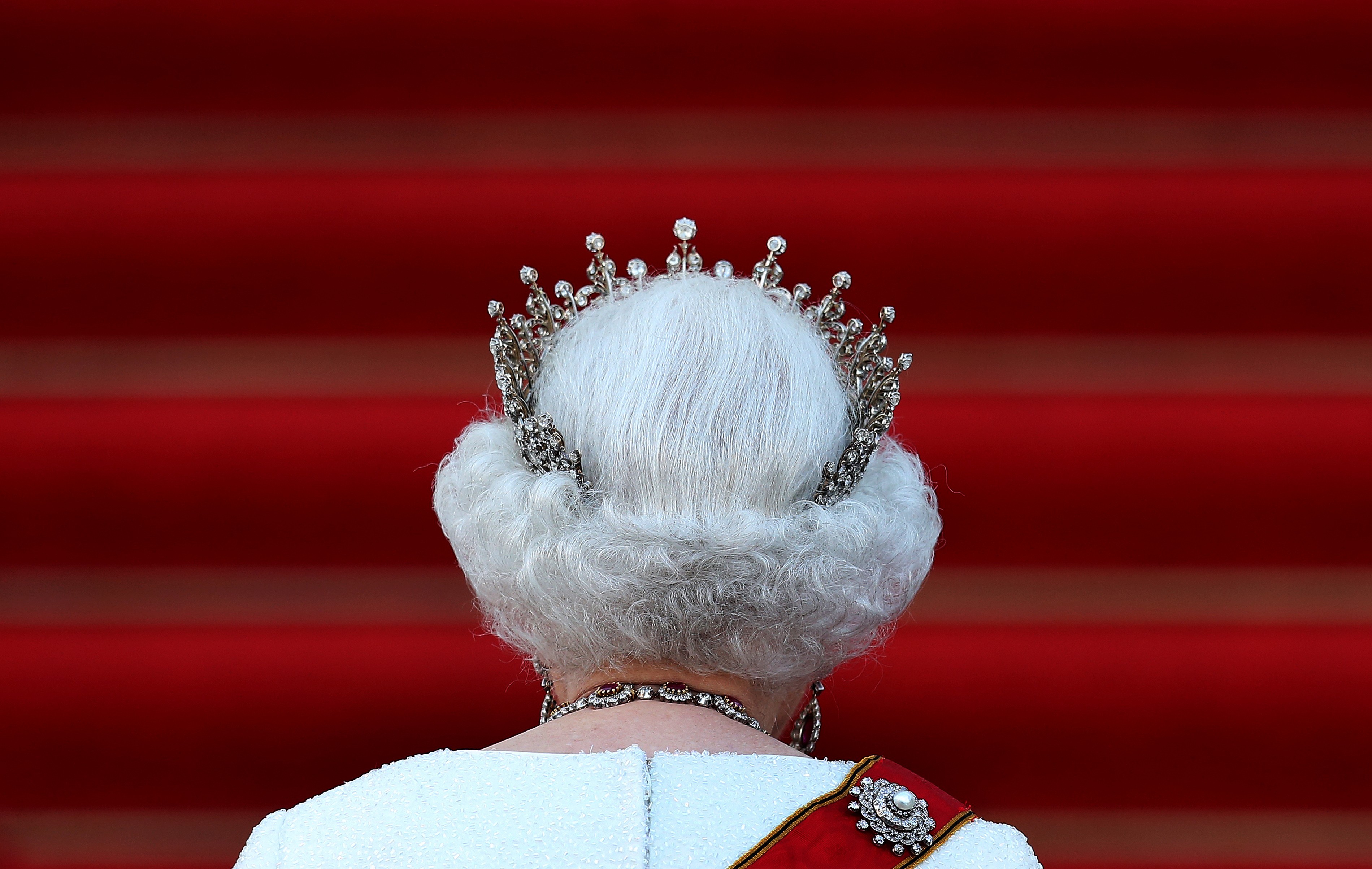 The sad thing is that most of the arguments against a republic are also the easiest to answer:

Now I am not heartless. I think that William and Kate have produced some very cute little kids. And no matter what happens with the republic, let’s keep enjoying looking at their cute kid photos for many years to come.

But let’s be serious – surely no one thinks that at two years old Prince George should be 3rd in line to be King of Australia. Or that at six months old, Princess Charlotte is ready to be 4th in line to be our Queen.

After years in decline – the Australian Republican Movement has surged back to life. Membership has quadrupled this year. Author Peter Fitzsimons as the new chairman is leading the national charge. Young economist and seasoned campaigner Aaron Hill is now the state republican convenor. The band is getting back together. If those who agree all make our voices known we will get another chance at this soon.

Over the past 20 years the push for a republic has been used to divide our country. Wouldn’t it be fantastic if we actually used this as an opportunity to unite our country? Remembering our history, looking forward to the future. One country with a unique identity and place in the world.

A country going on to make amazing history of our own, rather than tie ourselves to the monarchy of another land.

Chris Picton is the Labor MP for Kaurna. He is also on the SA Council of the Australian Republican Movement.