Loyalty is a tricky commodity in politics, as Tony Abbott and now Malcolm Turnbull have recently found.

Abbott was absurdly loyal to his chief-of-staff Peta Credlin, and loyal for too long to Joe Hockey and Bronwyn Bishop.

Turnbull is staying loyal to a backer, his embattled Special Minister of State Mal Brough. But in putting together his ministry he was less than loyal to Ian Macfarlane, who over years had shown him the utmost allegiance.

The parliamentary year has ended less than happily for Turnbull, with Brough still on his ministerial feet but an embarrassment to the government and Macfarlane decamping to the Nationals, where he trusts he will be better appreciated.

Unless something startling happens, Brough appears likely to hobble on until the results are in from the police investigation into his 2012 dealings over then speaker Peter Slipper’s diary. In effect, the police would determine his political fate.

The interrogation of the blustering, blundering Brough dominated question time all week, and Labor did well. While it is impossible for an opposition to keep such a matter to the forefront during the parliamentary recess, the affair will remain a suppurating sore until it is resolved. If Brough survives the police probe his occupancy of the special minister of state post – the ministry that deals with issues of integrity – would still be a bad look.

The longer-term implications of Macfarlane’s shift to the Nationals will also take a while to play out.

Macfarlane, a member of the merged Queensland Liberal National Party, started considering switching Canberra party rooms almost immediately after Turnbull dumped him from the ministry, in the name of renewal. He discussed his unhappiness with his good friend Warren Truss, the Nationals’ leader.

According to Truss, Macfarlane was “angry and upset”. Macfarlane told his Thursday news conference he was “very disappointed” not to have had the opportunity to serve in the Turnbull ministry, though he declared himself a “huge fan” of the Prime Minister. In fact he claimed his decision to defect – conveyed to Turnbull on Wednesday in what Macfarlane described as a “fairly forthright discussion” – was a “huge vote of confidence” in Turnbull because “the alternative was to leave parliament”.

Turnbull would prefer to be without this particular confidence vote. He’s in for a rough patch in dealing with the Nationals, which would get worse if another Queensland Liberal, Scott Buchholz, decided to follow Macfarlane. Buchholz, dumped by Turnbull as chief government whip, has been considering his future, although there will be a lot of pressure on him to stay with the Liberals. 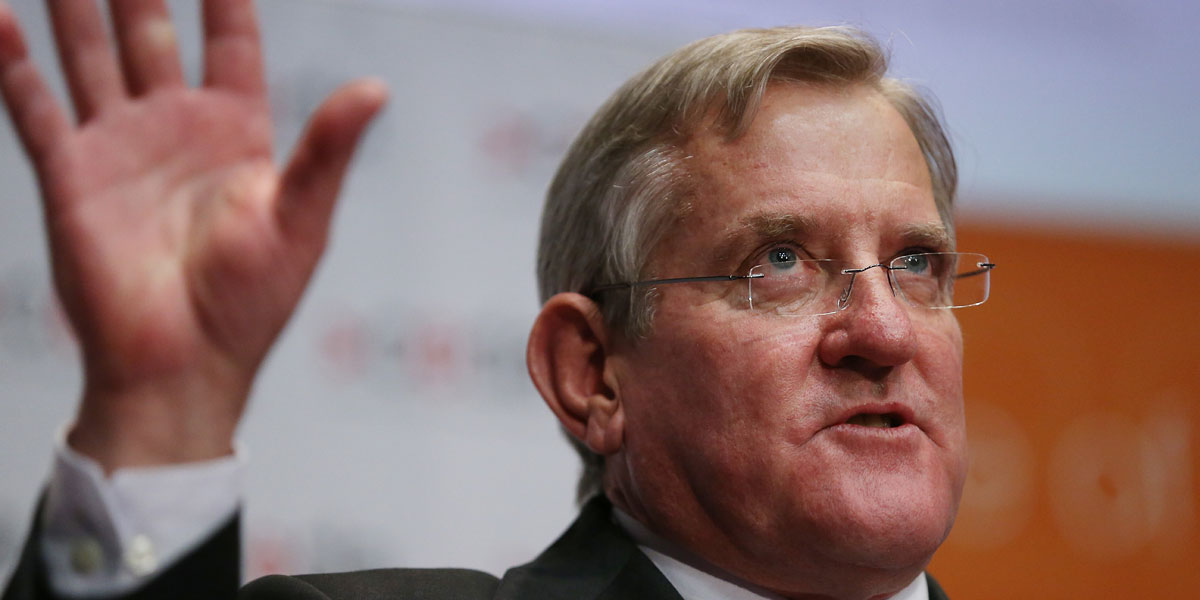 Macfarlane’s defection has pushed the Nationals over the line in terms of an extra frontbench spot. And don’t think they won’t press their claim. Macfarlane has made it clear he’s all about a return to the ministry. And Truss noted that a bigger team “strengthens our entitlements in relation to the ministry and naturally we would expect [that] to be honoured”. The Nationals say the additional position is, on the formula, a cabinet one.

Truss, who in a quiet way can be tough when he wants, has every reason to advance the Nationals’ claim. His party – and his new recruit – would expect no less. Turnbull, for his part, may try to negotiate on timing.

Given that Truss is considering his own future – many expect him to quit the leadership early next year – winning another ministerial place would be a great note to finish on.

The Nationals are no great fans of Turnbull (despite his having a rural property and a lot of cattle). Their suspicions were evident when they demanded that a policy agreement – which included such areas as same-sex marriage and climate change – had to accompany the usual Coalition agreement with the new prime minister.

The talks to come will test Turnbull’s skill as a coalitionist.

The arrival of Macfarlane has its complications for the Nationals, with some internal unhappiness about the prospect of his leaping over other aspirants for promotion – although he would be taking an extra position that would not be there if he hadn’t boosted the party’s numbers. Thursday’s Nationals party meeting to discuss his joining was characterised as “robust”.

But Truss might figure the party desperately needs strengthening in its upper reaches, and especially from his home state of Queensland, which would lose a heavyweight if he left parliament at the 2016 election.

It’s easy to see Macfarlane getting back into the ministry but hard to envisage him becoming Nationals leader – and no indication he aspires to do so. As Truss said, “others who have been in the room a long time obviously start with a bit of an advantage”. When Truss, 67, does quit the job, the party would be expected to opt for generational change rather than turn to Macfarlane, who is 60 now.

The well-publicised vocal discontent of the Abbott loyalists and their policy positioning, the Brough affair, and the suddenly assertive Nationals all pose problems for Turnbull. At this stage they are irritants rather than crises. But he has to be careful, because they involve people management, something that in the past has been a Turnbull weakness.

Michelle Grattan is a professorial fellow at the University of Canberra and one of Australia’s most respected political commentators.