With community views sharply divided, the issue of road safety for cyclists is difficult territory for legislators.

The State Government has decided to emulate laws relatively recently introduced in Queensland, creating offences for motorists who do not leave a metre between their motor vehicle and the cyclist if travelling below 60km/h, and a metre and a half above that speed, unless in a bike lane.

There has been a predictable outcry from some motorists and a sigh of relief from cyclists.

That sense of relief may be short-lived. We have not seen the regulations pertaining to the new laws, so the detail is unknown.

Another issue is that, as in Queensland, it is also an offence here for cyclists not to keep as close as possible to the road shoulder on a single-lane road. Think of those cycling posses you see grouped three or four wide on a single lane. That is illegal. Sorry people: the Tour de France cannot be replicated every weekend on single lane roads in the Adelaide Hills, however much your becoming lycra may cause others – for all the right reasons of course – to look twice and mistakenly call you Lance.

The point here is that with greater attention given to motorists who disobey the law, there will inevitably be increased scrutiny and accountability required of cyclists and their conduct. (As an aside, it is lawful for two cyclists to ride abreast as long as they are within 1.5 metres of one another and not in a bike lane, and it also okay for a cyclist to overtake another rider.)

So will these laws work, or are they just window dressing? Are there any potentially unforeseen consequences? And what else might we consider? Here are five issues to think about.

These laws are going to be hard to police and enforce. True it is becoming more common to have Go-Pro cameras on cyclists’ helmets and dash mounted cams in cars, but ordinarily there isn’t going to be a police member present as cars hurtle past cyclists thousands of times a day. Indeed the statistics from Queensland show that in the first year of the operation of their law, only 32 motorists were charged. That’s in a state of nearly 4.7 million people. Not a great return, and not necessarily a great deterrent.

Most times charges will arise when there is a collision and a party is injured. Neither motorist or cyclist intend such outcomes. Most times road users just don’t see each other. These laws won’t solve that. Sure there are often contributing factors such as stupidity, speed and alcohol or drugs, but a collision most likely occurs not because a motorist has consciously moved too close to a cyclist, but because they have not seen the cyclist in the first place. There exist a plethora of other offences prohibiting such conduct already, and they sadly have not prevented today’s road toll.

Drive along a road with road works and it’s hard to avoid the blinding presence of high-vis jackets everywhere. The same goes for a building site, a factory, a mine and so on. Country drivers know that to be seen is the most important thing, thus the use of headlights for daytime driving. Some smart cyclists use hi-vis vests. At present, however, a cyclist is not required to have anything other than a light at night. If we are serious about preventing cyclist injury, marking your presence on the road seems to be pretty low hanging fruit.

In trying to reduce one danger are we creating another? Under the new laws, a motorist confronted by a cyclist in front of them may now lawfully cross a double white line. When exactly did it become less dangerous to drive on the opposite side of the road – potentially into the path of oncoming vehicles – in circumstances that otherwise determine it too dangerous to do so? Well it hasn’t, of course, so the next problem to confront will be a head-on collision between motorists, one of whom has ostensibly acted lawfully in crossing over a double line to avoid a slow-moving cyclist. I’m sure the legislature has thought this all through, but I just don’t get it.

It is now lawful for cyclists to mount the pavement to cycle when the road or traffic circumstances do not permit safe cycling on the road. I will have to re-learn all those lessons delivered by shouting teachers to ‘ride on the road not on the footpath Bailes’. On behalf of its members (who are additionally at risk), the Royal Society for the Blind has already made the following point I am about to reiterate. For all of us a danger avoided for cyclists is a danger created for pedestrians. What’s more, in this state a cyclist, unlike a motorist, is not required to insure against the risk of causing bodily injury to another person. So if you’re bowled over and injured by a cyclist who is at fault, there may not be a lot you can do about it. If the same injury was caused by a motorist you would have a claim lying against the motorist’s compulsory insurer, the Motor Accident Commission. So if we are going to permit cyclists on our pavements maybe it is time to require cyclists to carry insurance.

In the first year of the Queensland laws, more than three times the number of cyclists were charged with failing to keep left on a single lane road as were motorists with failing to keep distance. One hundred and one cyclists were charged, to be exact. This ought not to be a blame game, but the statistics don’t lie and the inference that can be drawn is that lack of responsibility clearly cuts both ways. In defence of cyclists, many seek safety in numbers and try to give themselves as much room within which to retreat when necessary. I’ve cycled down Portrush Road, and it’s terrifying! 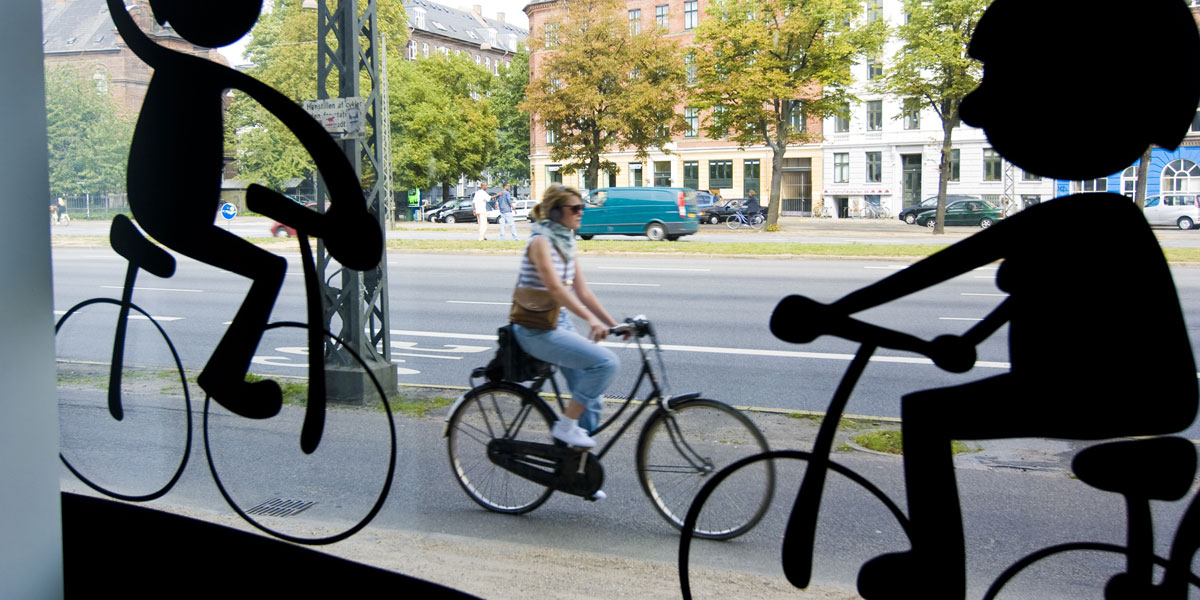 A cyclist in Copenhagen. AAP image

Regrettably, I doubt that these laws will lead to a reduction in injury and death to cyclists. There are two things however that will: first culture, attitude and education; second improved infrastructure.

Europe has an entirely different approach to cycling in cities. The first is that lycra is reserved for the Tour de France and cycling is a more genteel and leisurely pursuit across a city (and clothed as you are). Their existing infrastructure lends itself more to city cycling and, where it doesn’t, there are examples of sophisticated infrastructure improvements such as in Copenhagen where clearly delineated areas exist for cyclists and motorists alike. Motorists also seem more accustomed to the presence of cyclists and are more accommodating.

Much like in many parts of Asia, Europe has a long tradition with the bicycle and it shows. Australia has a way to catch up and is a vast land which has, like the United States, relied primarily on the motor car as a means of transport. Our infrastructure has been designed accordingly so a change of law will neither address that problem nor alter a culture that has until now permitted motorists to own the road.

Morry Bailes is managing partner at Tindall Gask Bentley Lawyers, Member of the Executive of the Law Council of Australia and immediate past President of the Law Society of SA. The opinions expressed in this column are his own.