As Australians we watch in horror the current US Presidential election preselection process.

The centrality of money and celebrity over substance is stark, and drawn into ever sharper focus by the current success of Donald Trump in the Republican primaries.

His success does a disservice to the notion of “democracy”. What’s more, this comes from a country which considers itself the bastion of democratic process – the yard stick by which the civility of other countries is measured.

We watch the shenanigans in the US and we sneer. And yet we wonder – can Australians stand in moral superiority?

In the last five years we have had five Prime Ministers – one of them twice – compared with the previous five Prime Ministers who served for over 35 years. Our new Prime Minister is enjoying a bump in the polls. According to the latest Fairfax-Ipsos poll the Liberal Party now commands a significant lead on a two party preferred basis with new Prime Minister Malcolm Turnbull enjoying a personal approval rating of almost 70%. So far this change in support appears to be based on little more than a change in personality and language and perhaps some sense of hope of policy reform one day…

While at least partly publicly-funded, like the US, our political parties rely substantially on private donations for their electoral campaigns. Presumably business doesn’t hand over big bucks for nothing. They must expect something in return, even if it is just to increase their access to power. But what does that mean for everybody else?

And who can blame people failing to participate? The opportunities are limited and not necessarily meaningful or effective in influencing change.

For everyday Australians the choices to acquit our democratic rights are limited – very limited. Every three to four years we are served up two candidates in our local area with any hope of “getting in”. The two main parties “have it in the bag” as it is a nearly insurmountable task for anybody else to build sufficient profile. Our ability to influence the choice of these two candidates is restricted by the internal political party preselection processes – we only get a say if we are brave enough to choose a side and take a leap inside the party system.

Why is it that participation in our democracy is limited to these few options: voting every four years, political party membership and the occasional rally attendance or phone call to your local MP?

What we know is that a democratic system can only work if a country’s citizens participate. This is central to the notion of democracy. Indeed, by definition, a democracy needs the active participation of the people, as citizens, in politics and civic life.

So what does civic participation in our democracy amount to in Australia now? Well not much!

A study completed by ANZOG in 2013 found that Australian citizens are observers rather than participants in formal politics. More than half (54.7%) could not remember conducting any political activity in the last two or three years beyond voting. Many of those turning up to vote do so because they must. By and large we vote along tribal lines (although this is changing).

And who can blame people failing to participate? The opportunities are limited and not necessarily meaningful or effective in influencing change. 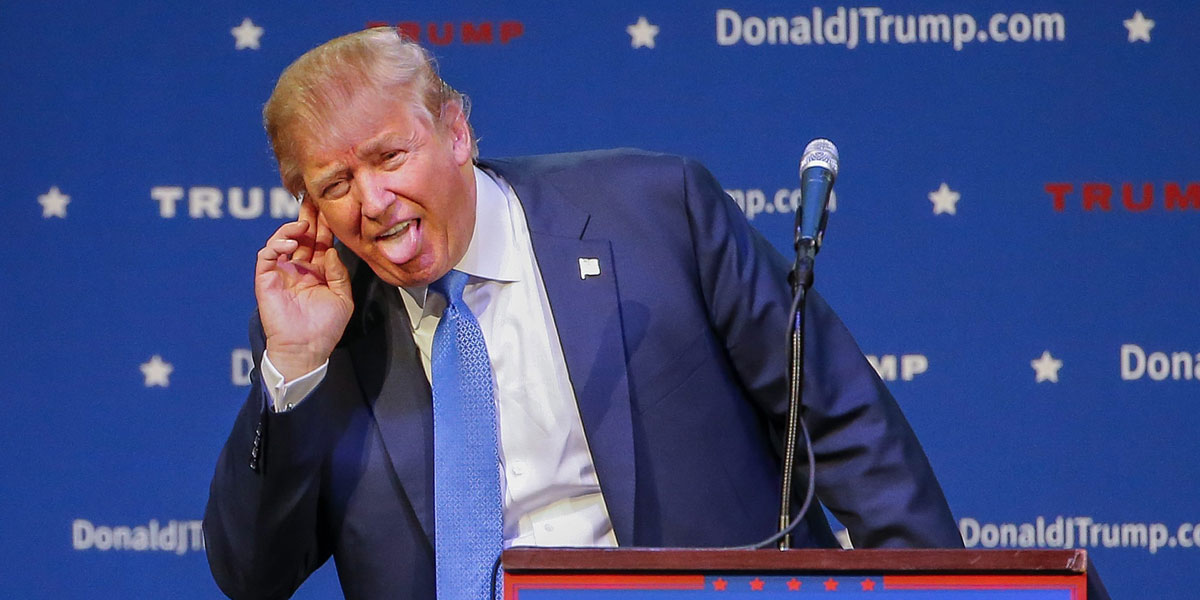 Don’t laugh about Donald Trump and what his ascendancy says about US democracy. Australia isn’t any better. EPA image

There are, thankfully, new ways to get involved and for government to involve community; ways that strengthen our democratic system, bringing substantial benefit to the individuals involved, to the work of government and to society at large.

Deliberative engagement processes which bring together a random group of citizens with experts and relevant organisations and supported with information and data can provide a meaningful and effective means of involving the broader population in the “sticky issues” which are currently the purview of our elected representatives and public servants.

Typified by the process known as a “citizens’ jury”, these deliberative processes provide a near perfect tool for democratic judgement – if they are done well.

Citizens’ juries work because they start with a problem, not a solution – no propositions are put, rather a dilemma is stated (usually in the form of a question). There is no pre-determined decision. It is what it looks like – someone has noticed a problem and needs help to find a way to deal with it.

They also take the party politics out of decision-making and nearly always yield popular outcomes in political and public arenas. Citizens’ juries are about evidence-based decision-making, not value judgements. Jurors learn, probe and quiz experts in the field and draw down on this knowledge to craft fixes that have been “run through the mill”. This is not a group of people sitting in a room sharing their opinions. Nor is it a group of powerful elites lobbying and campaigning. Their work is based on the best and most accurate information available – the facts.

And they come up with great ideas. In the last three citizens’ juries we have run, participants have found ways to address problems with new approaches, often requiring very little new money. Often, they find ways to unlock previously untapped resources (in the form of people, attitudes, money and skills) and can trigger powerful social movements under which positive change can occur. They craft new ideas to solve old problems – and they consistently surprise us with their ingenuity and determination.

Citizens’ juries have integrity because they are made up of people just like you and me. There is no representation, there are no guidelines for selection of recruitment. We cannot and do not vet jurors. We do not know what they do for a living, their political alignment or how much they earn. This is not about recruiting a group of powerful elites, nor is it about recruiting a group of disengaged, disenfranchised citizens. We don’t want organisational or interest group representation. Our juries include people from all walks of life, with all types of views, coming for all corners of the state. Our selection processes are robust – and maybe one day you will be lucky to be selected.

Democracy will only thrive if people engage with it.

Citizens’ juries offer a new opportunity for people to engage in a really meaningful way, more regularly than every four years. They work – they change stuff.

Hosting a citizens’ jury is a big thing for government to do. Don’t be fooled, it’s easier for governments to notice problems, use their very capable public service to design solutions and then tell their citizens what will happen.

But that’s not what we want is it?

Emma Lawson & Emily Jenke are the co-CEO’s of democracyCo, a start-up South Australian business that works with government to help them better deliberate with constituents.

Emma and Emily have backgrounds in politics, government and engagement.