I’ve generally attempted to avoid military analogies when it comes to Martin Hamilton-Smith, because I know they annoy him.

Not that he hasn’t actively encouraged the soldier stereotype when it suits his purposes. When he first put his hand up to be Liberal leader, for instance, he doled out DVDs of a young MHS decked in army fatigues barking orders to his admiring charges.

But it’s the negative analogies – references to defection, treachery, shooting his mates in the back and the like – that he hates.

Today though, it’s hard not to fall into military comparisons, because Hamilton-Smith has run up the white flag. He has thrown down his weapon and run away.

For a man whose political career has been modelled on the Black Knight from Monty Python’s Holy Grail, refusing to concede defeat even when glaring commonsense dictates that all is lost, MHS is now more like Brave Sir Robin: when danger reared its ugly head, he bravely turned his tail and fled.

The State Government’s decision to ditch its push to align South Australia’s timezone with the eastern seaboard is one of the more craven political retreats we’re likely to see.

When Premier Jay Weatherill first announced the issue would be examined, I noted that in the normal “SA Great” scheme of things, we’d get a bunch of people wanting to put the clocks forward half an hour, a bunch more wanting to put them back, and the Government would eventually shrug its collective shoulders and opt to split the difference by sticking with Central Standard Time.

That’s more or less where we’ve landed, but for one key distinction: the Government actually endorsed a move to eastern standard. It just couldn’t be bothered fighting for it.

As recently as last week, the Premier maintained that “we’re going to be promoting more likely than not a shift to EST” when parliament resumed. However, faced with the prospect of actually having to persuade an unconvinced crossbench, they dumped the bill altogether. It won’t even be debated.

This, from a Premier trying to paint himself as a politician of conviction.

Ever since the timezone issue was flagged, the predictable (and somewhat justified) response from political cynics has been that it is nothing more than a distraction from the state’s – and Labor’s – significant travails. But in truth, it is only a distraction if nothing comes of it. It was only ever a distraction if all the discussion, hype and money spent on building a case came to nothing.

By failing to even prosecute a case, the Government has legitimised the complaints of its most ardent critics.

It is political cowardice of the worst kind.

Not that the Liberal Opposition can walk tall either. A party room decision to oppose any move even before legislation has been introduced suggests they have learned nothing from their years of failure. Once again, the Libs have bolstered their standing in a few safe regional seats at the likely expense of their credibility in the political centre, and in those far more numerous inner-suburban marginal seats that (will they ever learn?) decide every election in this state. Moreover, they have confirmed that their trial separation from the small business community, or its chamber of commerce at least, may yet be a permanent arrangement. A conscious uncoupling, as Chris and Gwyneth might have it.

Not that Business SA, which has called wistfully for a timezone shift for several years now, exactly backed the Government to the hilt either. Its general line was: this would be nice if it happened, but we’re not going to die in a ditch over it.

With lukewarm support of that ilk, it’s less surprising perhaps that the Government took the opportunity to walk away from the whole enterprise once the going got tough. Weatherill and his cohorts will paint the defeat thus: “Well, we did our bit, we put this on the agenda and we wanted to take the state forward (figuratively and literally), but the Liberals and crossbenchers wanted to remain stuck in the past, so whatcha gonna do?”

Well, how about actually prosecuting a case, for a start?

Depending on which of the two Upper House Greens MPs you talked to, there still appeared a willingness to debate the bill and listen to the arguments. There was certainly a willingness from Dignity for Disability MLC Kelly Vincent. John Darley seemed implacably opposed, but only because he felt the Government hadn’t made a convincing case in a timely fashion.

But Hamilton-Smith reckons he has as-yet-unseen data that spells out the economic merits of a move to eastern standard time. Wow, it must be pretty compelling, if he can’t even be bothered showing it to the wavering crossbenchers.

If this was truly a billion-dollar equation, as he would have it, any Government qualified to govern would be doing everything in its power to win not only public but legislative support. It would be doing deals, laying out arguments and putting the hard word on to win over waverers and drag back dissenters. It isn’t. It can’t be bothered. 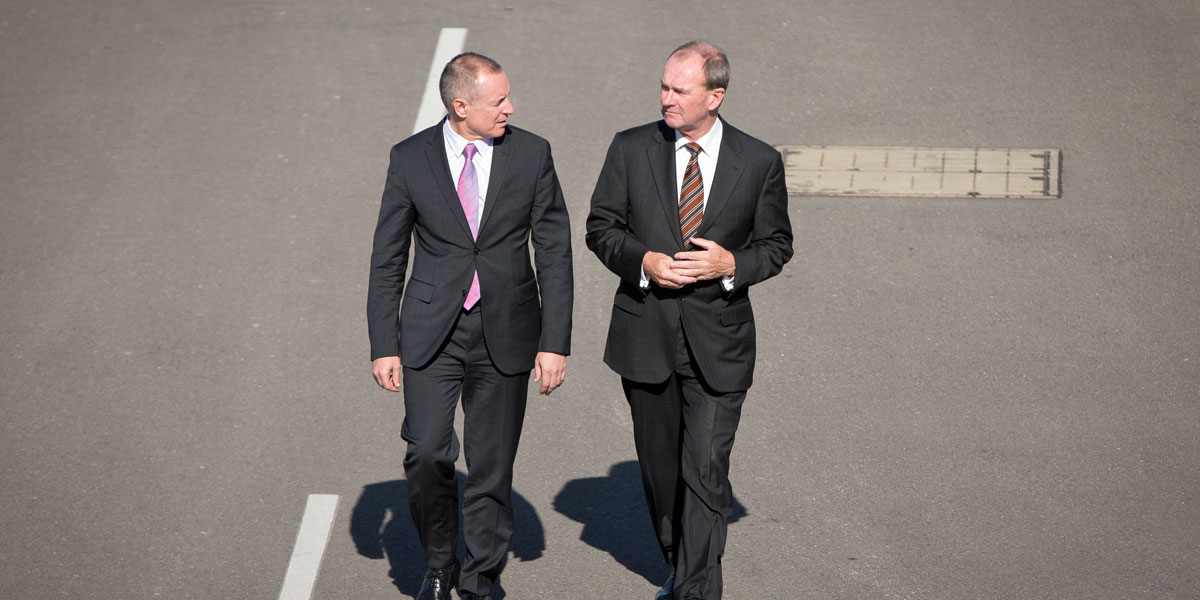 Walking away: Jay Weatherill said the timezone issue was crucial to our reputation interstate. AAP image

The message this sends us is crucial.

The timezone issue was one of those term-defining debates that the Premier assured us would knock our proverbial socks off and leave us literally gasping. Instead, it’s turned out to be little more than a brain-fart.

What does this tell us about the rest of his so-called “bold” vision? If Kevin Scarce’s royal commission makes recommendations for a nuclear generator, or local enrichment, or the establishment of the world’s biggest waste dump in our backyard, will the Government throw its hands in the air and walk away at the first whiff of controversy?

Incidentally, Robert Brokenshire – one of the crossbenchers whose opposition to putting the clocks forward helped abort the Government’s bill – now plans to introduce his own legislation to shift the time zone to “its rightful place”, half an hour west. Good on him.

It will fail. But at least we’ll have the debate.

This week, though, Rann’s former colleagues simply gave up.

They were spooked by implacable and understandable opposition from west coast communities, but surely they knew that would be the case when they began the exercise? Every decision of Government annoys someone. Every major road means dozens, sometimes hundreds, of people forced from their homes.

If the Government believes their decisions are right, they must convince the electorate of the rightness of the cause. Or they must concede they got it wrong.

Weatherill and Hamilton-Smith are doing neither. Instead, they maintain they knew best, but were thwarted by the less enlightened masses.

It is political cowardice of the worst kind.

When the fruits of their public deliberations were unveiled in July, Weatherill pontificated: “My role is to lead, not to be a calculator.”

He conceded the economic arguments for the timezone shift were fuzzy, instead channeling Dennis Denuto and focusing on the vibe.

“I’ve gotta tell you, people that have never been here bag the place mercilessly and our reputation around this nation is very ordinary,” he told FiveAA at the time.

“We’re famous for bizarre murders and having this weird time zone and a few other strange curiosities. We need to actually get a national and international reputation … we’re going to trade ourselves out of the challenges that we have in our economy.”

And he spoke of the “reputational risk” should his bid fail.

Given the events of this week, it was a bid that should never have begun. Because Weatherill and his colleagues haven’t merely embarrassed themselves. They have embarrassed the state.