I have been to just one refugee camp – Kakuma in North West Kenya. It is one of the world’s largest, housing more than 180,000 people who have fled from war, famine or other such crises.

Kakuma is run by the UNHCR with the support of other international NGOs. Those involved on the ground do an extraordinary job, dealing with significant demand but limited supply for almost every conceivable request.

Kakuma houses people from more than a dozen nations, often dealing with conflicting nationalities. The host region, Turkana, accepts this camp in its midst with compassion.

As you would expect from people arriving with nothing but the clothes on their backs, the need for water, food, sanitation, health and education are massive.

Despite their needs, the refugees appear sanguine and quick to adapt to their new environments. They show initiative and even entrepreneurial flair.

As we all grapple with what is right or wrong, moral or immoral in relation to the Syrian crisis, I feel able to empathise a little more than many other people because of my experience in just this one camp.

That knowledge will grow as the Barefoot To Boots project, with which I am involved, aims to return to Kakuma in November and visit other UNHCR sites in the years ahead, taking football (soccer) gear and basic necessities to refugees in camps. 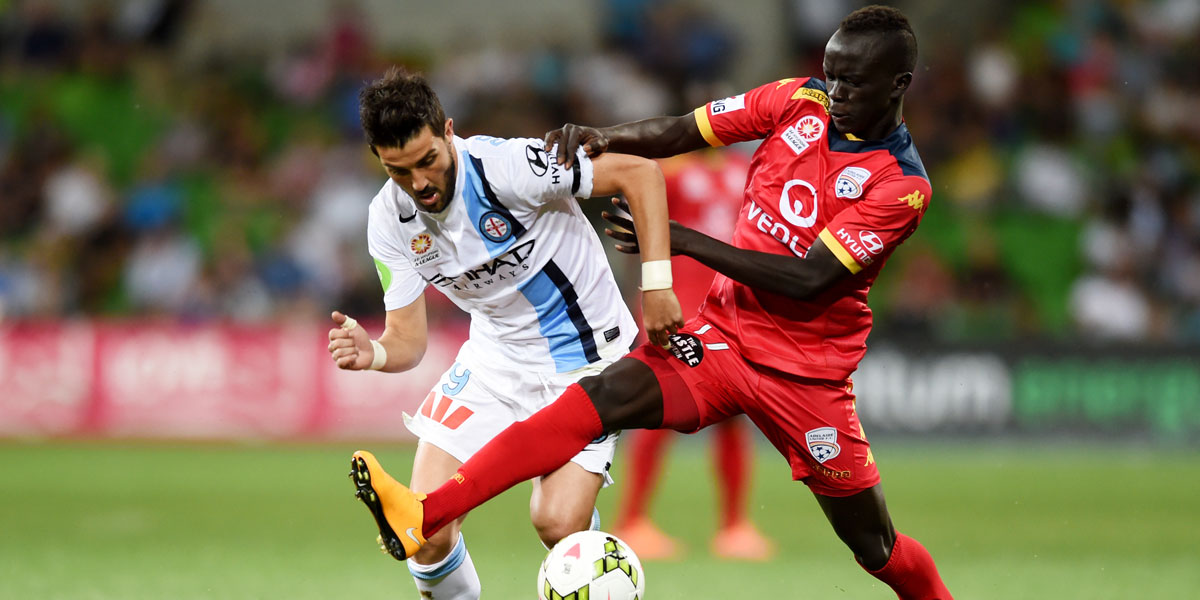 Awer Mabil (right), a former refugee who lived in the Kakuma camp, in action for Adelaide United. AAP image.

The feeling of being with refugees is not just one of pity, it is also one of opportunity. Displaced people are among the most motivated and highly-skilled one could meet.

Kakuma is actually four camps, spread over an areas of 16km by 16 km. Kakuma 4 did not exist 18 months ago, but now has more than 40,000 inhabitants. There are shops on almost every corner. Refugees seem to take to business like a duck to water. No surprises, perhaps, given so many refugees are from countries that sit along some of the world’s oldest trading routes.

Since returning from Kakuma in July I have remained close to the UNHCR and have spoken with political and business leaders urging an increase in Australia’s refugee intake from an economic perspective as well as a humanitarian one.

Indeed, while appreciating I am comparatively new to refugee advocacy, many seasoned activists overlook the commercial benefits to a recipient nation and focus on the more easily told stories of misfortune. Guilt is used more than opportunity to get messages across.

Regional towns across Australia hollowed out by the collapse in commodity prices or demise of old industries could benefit from refugees’ innate desire to survive, contribute and grow. The poster child of this approach, Nhill in Victoria, shows the value of refugees with the contribution from Myanmar’s Karen people. Imagine what a greater influx of refugees could do for Port Augusta and Whyalla.

Regional towns and parts of our suburban landscape, so Christian and white, would also mature from the richness of new cultures. Different food and music are simple examples. Coming from England more than 28 years ago, I still miss the vibrancy of people from different cultures in large numbers.

While the free market is espoused by many of us on the Right of politics, some of the same people denounce taking many more refugees.

Yet history shows the movement of people – part of laissez-faire economics – has been at the heart of the most successful nations. Look no further than the United States. Where would it be without South and Central Americans, Africans, Muslims, Jews and other nationalities and religions? 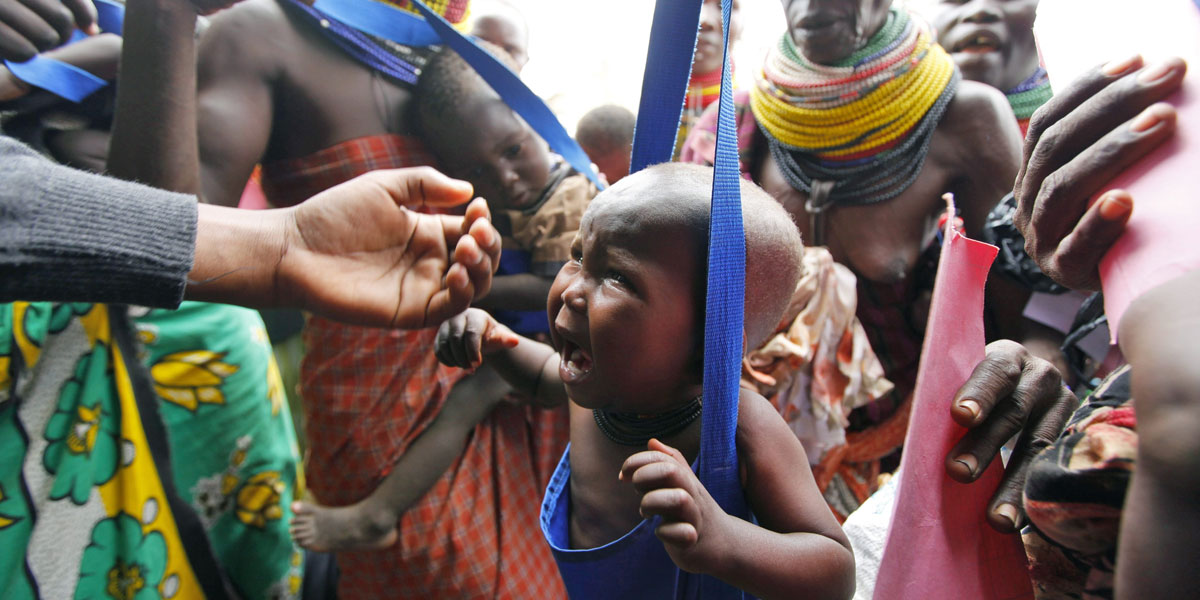 A child cries as he is weighed at a health centre in the Kakuma refugee camp. EPA image

Inevitably, accepting more refugees raises the spectre of rotten eggs getting mixed up with the good ones. People on Twitter raise fears that those coming from the Middle East and Africa could well be terrorists. Fear flows without context; just one person in 10 or 20 thousand would reinforce the folly of too much compassion, say the shock jocks.

Of course, this issue must not be downplayed but it must be put in perspective. While the world’s intelligence and security services are endeavouring to find terrorists, the threat can be home-grown as much as it can be imported.

In Kakuma, I had many open conversations with refugees, Kenyans and those from NGOs.

There appeared to be no fear of terrorists seeking misguided recruits in their midst, despite the influx of many different people. I never felt unsafe there.

While there may be conjecture over this potential, there is a behavioural pattern at play that helps manage it. The majority of people fleeing crisis want peace and stability wherever they are, and they will be among the best monitors of the bad eggs among them.

If we welcome many more refugees, authorities naturally work with them to flag those within who may be distrusted. That happens already as newly settled people and police weed out unsavoury elements in communities.

The Federal Government has been generous today in announcing that 12000 additional Syrian refugees are to be taken by Australia and additional funds will be provided. It will also be doing the right thing in trying to stop the Syrian crisis at its source.

But these decisions are not the end points. Over the longer term, and judging by the privileged insights I have had into this seemingly intractable issue, we can be far bolder with refugees. To do so will make our country stronger economically,  as well as making us all feel a little more compassionate.