Same-sex marriage has in the past few days given us two devastating examples of the dire state of public discussion: first, that Scott Morrison and others even floated the idea of a referendum on same-sex marriage, and, second, that commentators and pundits treated this as a credible, if cynical, political ploy.

Senator George Brandis was right to try to slap this down, and to not withhold his feelings of scorn when doing so. (There’s a sentence I never expected to write.)

Still, commentators have continued to discuss the referendum talk as though it was a realistic political ploy to stand in the way of same-sex marriage – despite the fact that community support for same-sex marriage – including among the religious and the old – is overwhelming and strengthening.

This apparently serious discussion of the referendum proposition as a significant manoeuvre by the opponents of same-sex marriage draws on the history that referendums are notoriously difficult to pass.

But the whole thing is a nonsense. You can’t just pluck a constitutional referendum out of the air. A referendum is the last stage in a process of making a law to change the constitution. First there has to be an amending Act which is passed by both houses of the federal parliament.

So a parliament in which the present majority parties cannot even bring themselves to agree to have a conscience vote on the subject is going to pass a law to spell out what we already know – that when the Constitution refers to “marriage” in Section 51, it includes same-sex marriage? And then we can have a referendum to vote on whether we know that we know what we know? Spare me.

And what is the constitution amendment Act going to say? Scott Morrison, who was, to be fair, only the point-man for the referendum advocates, reckoned it could be a proposal to specify in the constitution that the commonwealth parliament has the power to make laws about “opposite and same-sex marriage”.

When all of them sign off on the same set of words, that’s High Court code for “this is a no-brainer”.

This was not a passing remark by the court, nor was it contested among the judges. It was central to the case in which the attempt by the ACT legislature to make local legislation for gay marriage was knocked off. The High Court knocked off the ACT attempt precisely because it reckoned the constitution unequivocally gave the role to the Commonwealth Parliament, and the ACT was therefore not allowed to muscle in.

In the process, the court completely demolished any prospect of arguing that the constitutional meaning of “marriage” should be confined to marriage as the term might have been understood by a bunch of bourgeois nineteenth-century gents living in Queen Victoria’s Australian colonies.

What’s more, the High Court decision is a single judgment, to which all six judges of the court signed their names. That does not happen very often. Usually, even when they agree about the result, at least some of them will want to get there by different paths.

When all of them sign off on the same set of words, that’s High Court code for “this is a no-brainer”.

So what would happen with a constitutional amendment? Whichever way you look at it, that way madness lies. 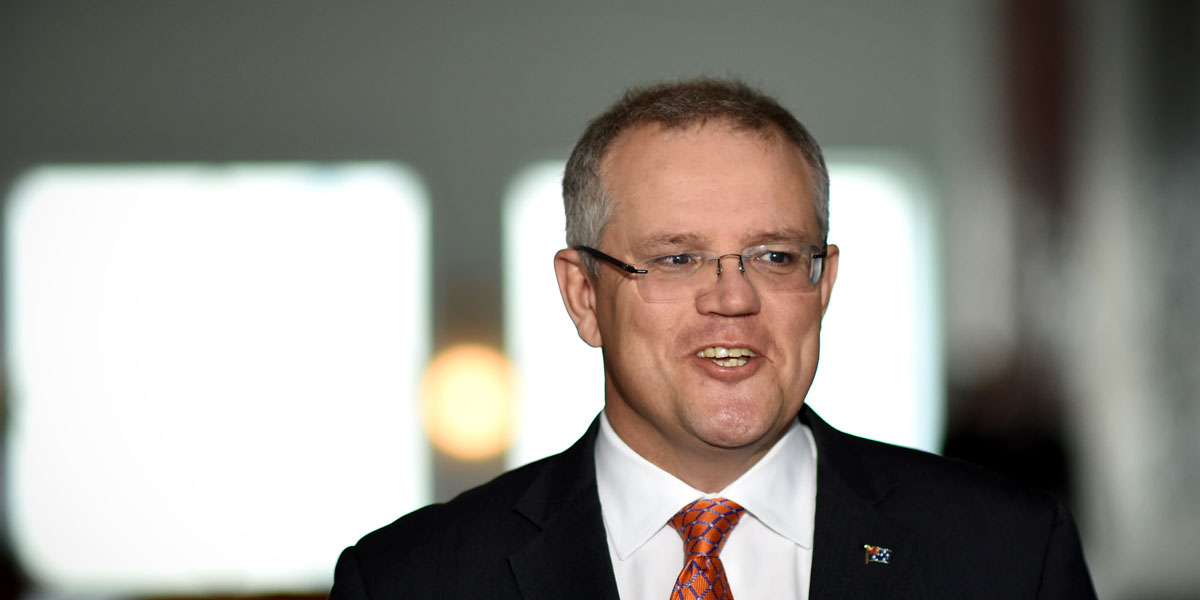 Minister Scott Morrison has pushed for a referendum. AAP image

Suppose, for example, we were to set out on the Scott Morrison path – amending the constitution to spell out that the Commonwealth can indeed do what we already know it can do – make law for same-sex and opposite-sex marriage.

What if the proposed constitutional amendment is lost, as the same-sex opponents hope, so the power continues to be over “marriage”? And what if, somehow, a later and enlightened parliament enacts laws to provide for same-sex marriage?

Does the implacable opponent then run off to the High Court saying, “look, the referendum knocked off the ‘same-sex’ amendment, so this new same-sex marriage law must be unconstitutional”?

The court will smile as sweetly as it can at this deluded individual, and it will say: “You need to understand that we can’t get involved, or even change our minds on the law, just because the political process leads to lots of people getting tied up in a frolic that is a complete waste of time. If we did, we’d be doing nothing else.

“We have to deal with laws that are, not with wishes and might-have-beens. We still say what we said in 2013, before all this nonsense. The Commonwealth Parliament can make laws providing for same-sex marriage. Thank you for coming. Goodbye.”

There is another possible lunatic pathway which not even the opponents have been silly enough to pursue. But just for completeness, let’s look at it. It’s this: it would be theoretically possible to pass a constitutional amendment Act, and a referendum, limiting the Commonwealth’s power over marriage to opposite-sex (and, if you liked, monogamous) marriage. But this would mean that the Constitution was silent on the subject of same-sex marriage, and the States and territories would therefore be free to make whatever laws they liked on the subject.

It seems the opponents of same-sex marriage at least understand that.

All of this should be known by, and instantly obvious to, anyone who is capable of discharging the responsibilities of a minister of the national government. Either Scott Morrison and those for whom he spoke are idiots, or they think the rest of us are. Neither alternative is suitable to their or our roles in the scheme of things.

Michael Jacobs has been a political journalist and commentator for more than four decades. He has also worked as a lawyer.