Something different this week from our legal commentator Morry Bailes – the remarkable story of his recent kidney transplant, the donor found very close to him, and the quality of our health system.

All South Australians have been horrified to read recently the unfolding saga of chemotherapy errors that reportedly occurred at the Flinders and Royal Adelaide hospitals. On the reported facts it seems a simple case of human error with potentially devastating consequences. It is harrowing on any gauge because we are talking about the golden thread of human life.

On the same day the Health Minister Jack Snelling spoke to a press conference about a second discovery of the same error there was another story, this one all good news. It was of seven-year-old Gary Wanganeen who is the recipient of transplanted pancreatic cells into his liver that will combat any likelihood of the onset of diabetes now that his pancreas has been surgically removed.

Fronting the press to talk about Gary was Professor Toby Coates, the director of our state transplant unit. Although I usually write about law, I devote this article to the extraordinary work of our transplant unit because last week I was a recipient of a donor kidney and have seen up close and personal the amazing work of this group of dedicated and highly skilled people. I also do so to reassure the South Australian public that, although things can go wrong in hospital, this is a relative rarity and to remind the community that we enjoy an almost unrivalled level of outstanding medical care in this country.

Mine was an inherited congenital problem, polycystic kidney disease. I don’t even know from which parent I received it. I was diagnosed at 18 years of age. At the time my treating renal physician told me my life expectancy was 56.

My condition progressed but so did medicine. Transplantation had become mainstream. By the time it looked like my number might be approaching, everything had changed and my physicians started a conversation about live donor transplant. But from whom?

Nearly 20 years ago I walked into the then Universal Wine Bar on Rundle Street and bumped into the most beautiful girl I have ever had the good fortune to meet. Melanie is now my wife and we have two young boys. Incredibly Mel was a match and she offered me a kidney. It is not an easy thing to put into words what it is like to be offered a second chance at life, for that is what it was. The alternative, dialysis, is by all reports no great shakes.

Fifty years ago to the week of our surgery the first kidney transplant was carried out in South Australia at the hand of surgeon Mr Knight who was present in theatre for Melanie’s operation. Although that first procedure was successful it is important to understand how far we have come.

Our path to surgery included pre-operative work that started a year ago and then, last week, the day came.

Mel, of course, went first. This surgery typically takes four to five hours, and it did in her case. With Mel in surgery those moments were certainly not easy.  My concern for her welfare while also awaiting major surgery myself inevitably caused self-reflection. I was next, and was assured when going into theatre that Mel was in recovery and well. And then it was all over.

Mel was fine, I was better than fine and we are able to consider for the first time in a while the beauty of life and the wonder of our existence.

Aside from acknowledging the sacrifice and love of my beautiful wife, because it is a story of romance in my eyes, I write this in order to give credit to the members of the transplant unit. I also want to encourage everyone to consider donation of organs, whether as a live donor or whether you choose to donate your organs when you pass away.

It is vital for everyone to understand the life-changing nature of these surgeries and not prevent the wishes of those who pass away from being carried out.

The transplant unit carries out nearly 100 transplants per year, most successful.

I recently heard a deeply moving interview with Oren Klemich on the decision that he and his wife made to allow the organs of their dear son Jack who so tragically died of meningococcal disease in 2009 to be provided to multiple recipients. So in death he gave life.

As to the staff of the transplant unit, I have already mentioned Professor Toby Coates who worked in my case with the wonderfully caring Rashid Sin Elkhatim. As to the surgeons I had the good fortune of having on my case, Christine Russell is universally admired and respected by all. Mel had Santosh Olakkengil, who was as precise and exacting a surgeon as one could ever hope for. Our speedy recoveries are a direct testament to their skill and practice, for there is usually more than one kidney transplant carried out per week. In our case we were being admitted as three recipients were being discharged. In the week of our surgery, I was one of another three transplant recipients.

As to the nursing staff I laud them. In my case I was cared for by Meredith, the wonderful Sharmaine, Hillary, Sonia and Jose, and our transplant coordinator, the very reassuring Danielle Stephenson, but to name a few. I have simply lost count of the number of people who were involved in our care but I will never forget their professionalism and commitment. 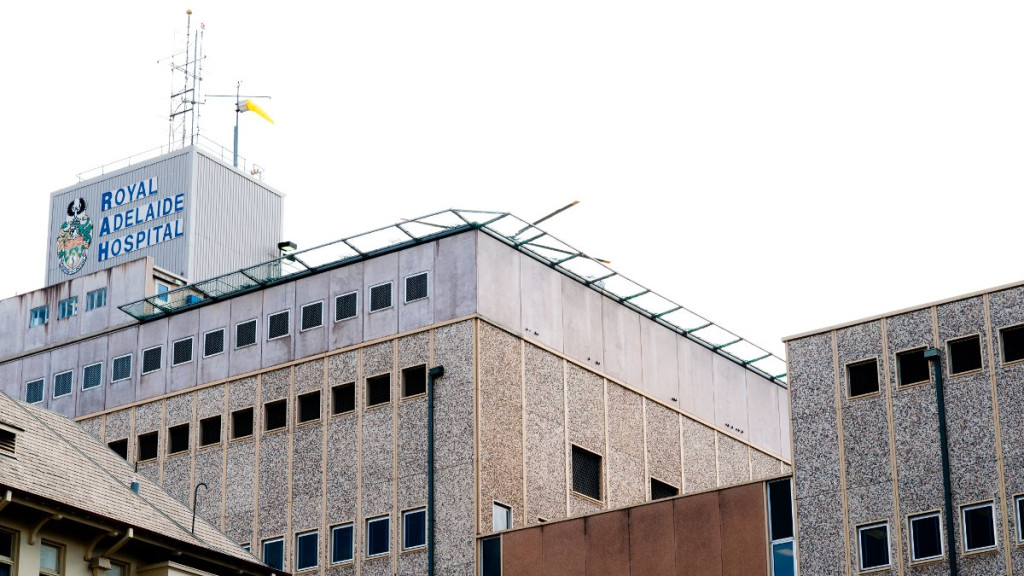 Outstanding care is dispensed daily at the RAH.

Fifty years ago to the week of our surgery the first kidney transplant was carried out in South Australia at the hand of surgeon Mr Knight who was present in theatre for Melanie’s operation. Although that first procedure was successful it is important to understand how far we have come.

Going into such surgery is no small beer but we derived a great deal of comfort from the assurances of the medical team and from those who had gone before. Norm and Jane Virgo, who were recently quoted in another publication, and who, to our everlasting gratitude, spent time with us, filled us in on the details and filled us with confidence about our chances and the excellence of our medical specialists. Like Mel, Jane donated a kidney to Norm some years ago, an act which changed both of their lives immeasurably.

For me there is a road to hoe, a family to tend, and a challenge to meet, but I am determined to see it through.

For the doubters, I reassure the community of the outstanding quality of medical care that is dispensed daily from the Royal Adelaide Hospital and no doubt others. Mel and I are living proof of that.

So ours is another good news story. We thank each and every member of the transplant team for bestowing on me and so many others that extraordinary gift – the golden thread of life.

Morry Bailes is managing partner at Tindall Gask Bentley Lawyers, Member of the Executive of the Law Council of Australia and immediate past President of the Law Society of SA. The opinions expressed in this column are his own.