The nuclear fuel cycle royal commission is so bureaucratic that it has failed to engage South Australians in the debate, argues the Conservation Council’s Craig Wilkins.

What if an expensive, high profile inquiry held a public meeting and no-one turned up?

In early February this year, while most of us were slowly emerging out of South Australia’s long, lazy summer break, Premier Weatherill made a surprise announcement. South Australia would hold a first for Australia: a royal commission into the future role our state should play in the nuclear industry.

This came as a bolt from the blue, especially from a Government that had campaigned successfully a decade ago to stop a similar federal push to establish a nuclear waste dump in Woomera.

Then Premier Mike Rann was so determined to stop a nuclear dump he enshrined it in state law.

And the timing was strange, with our state strongly embracing renewable energy, and the nuclear industry languishing in a post Fukushima downturn.

So while a typical royal commission is created by a government under pressure to respond to a major issue dominating talkback and dinner table discussions, the task given to ex-Governor Kevin Scarce was both challenging and unusual.

Not only would Scarce have to explore the huge technical and economic challenges of an expensive, divisive energy source with big waste and security issues, he would need to get the South Australian community interested enough to pay attention in the first place.

A couple of weeks ago, the Nuclear Royal Commission held a forum at the Marion Cultural Centre as one of a series aimed at engaging the South Australian people in the commission’s work.

The problem is, not one person came. Nobody.

Whether this raises alarm bells for the commission and the Weatherill Government depends on whether they genuinely want to create a community debate, or if they are just going through the motions.

As a fierce advocate for public involvement in decision-making, I believe the problem lies in the way the commission is going about its task. 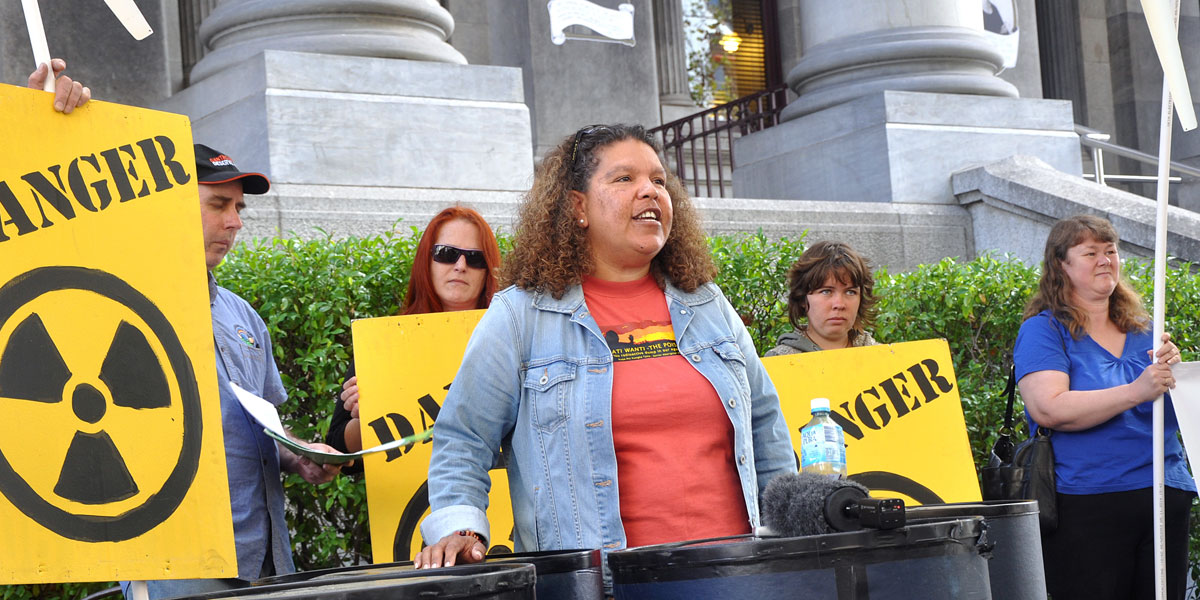 The Issues Papers released to stimulate public submissions are an eye-watering challenge – dry, technical and full of  assumptions. They appear aimed at industry players, not the general public. They have not been translated into other languages, despite non-English speaking Aboriginal communities being ground zero for any debate over a toxic dump.

Until far too late in the process, no-one with any expertise in engaging with Aboriginal communities was employed to work in the north of the state.

To put in a submission is an exercise in acrobatic hoop jumping including the requirement to appear in person before a Justice of the Peace – a huge challenge for anybody in rural or remote SA, and a totally unnecessary step not required for other similar inquiries.

The ‘Community Forums’ that have been held so far have missed the mark, focusing on imparting information on the process, rather than an opportunity to debate issues in detail.

Also, Scarce in all his public statements has strongly emphasised that he is seeking “evidence” and “facts”, leaving little room for traditional cultural knowledge, or the perspective of a grandmother who doesn’t want to leave a toxic legacy for her grandchildren.

Objective evidence? No, but still a vital piece of information in a debate where social licence is the biggest impediment to the industry’s operation.

A royal commission has enormous powers. As commissioner, Kevin Scarce can set his own rules.

Although timing and luck are vital elements, facilitating a genuine community conversation is a technical skill.   The royal commission secretariat can and should invest more in getting their public outreach right.

Today is the deadline for submissions on issues papers. Although it’s been a missed opportunity so far, this Royal Commission still has a long way to run.

Ultimately, the decision on whether SA heads further down the nuclear path is much more about ‘should we’ than ‘can we’.

I urge Commissioner Scarce and his staff to see their role as much more than just evaluating technical issues.

Otherwise any commission findings will land on the same ground as we started: met by two diametrically opposed views and a large body of South Australians in the middle scratching their heads.

Craig Wilkins is chief executive of the Conservation Council of South Australia.