If someone had said to you a decade ago that making coffee could be a career, you’d have laughed at them. Today the profession of barista is more popular than that of barrister and the efflorescence of small businesses is redefining Adelaide and contributing to its ‘big’ small city personality.

In an earlier opinion piece I introduced the idea that this big small city is one perfectly scaled for artists. However, what I didn’t elaborate upon was the economic dimension of this proposition – Adelaide isn’t just good for artists, artists are the key ingredient in our creative economy.

Everyone is talking about how to kick-start the state’s economy. The rhetoric however is familiar and to be frank largely cliché-laden. Art is the new industry and what we need now are agile and creative thinkers. Creative capital is what this city does best. But don’t be seduced by the seeming novelty of this idea. 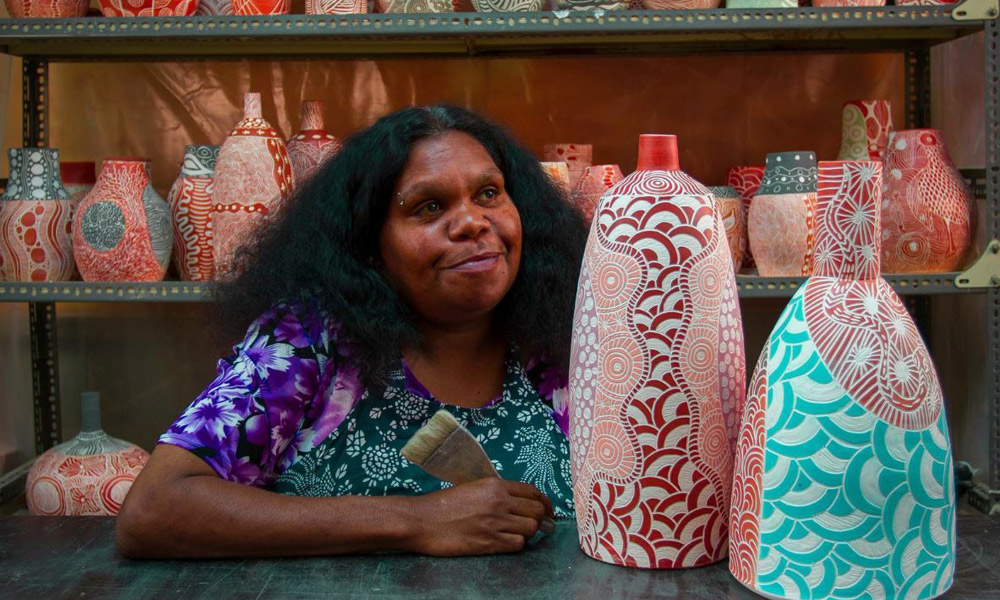 Both the Aboriginal owners of this country and its earliest colonisers understood the power of art as currency and economic driver. The Dieri people of the far north-east of the state managed a sophisticated economy underpinned by trade in ochre, while Europeans brought with them an ancestral appreciation for and commitment to the Guild – that often secretive community of knowledge about materials and making that controlled and protected the development of art.

Today, Anangu artists in the north-west of the state are taking to the world stage. Artists from Ernabella (Pukatja) have recently exhibited work made in Jingdezhen, China in both Sydney and Canberra, and yet there exists few opportunities for these artists from this innovative desert guild in this city.

The legacy of the guild is not only alive and well in South Australia, it’s arguably one of the few industries experiencing an upturn. JamFactory in partnership with Stylecraft have introduced the Australian Furniture Design Award with one of its many outcomes focussed on fostering a new culture of furniture manufacturing. With its ceramics and glass studios busier than ever and with a satellite facility now at Seppeltsfield in the Barossa Valley, JamFactory embodies agility and enterprise. 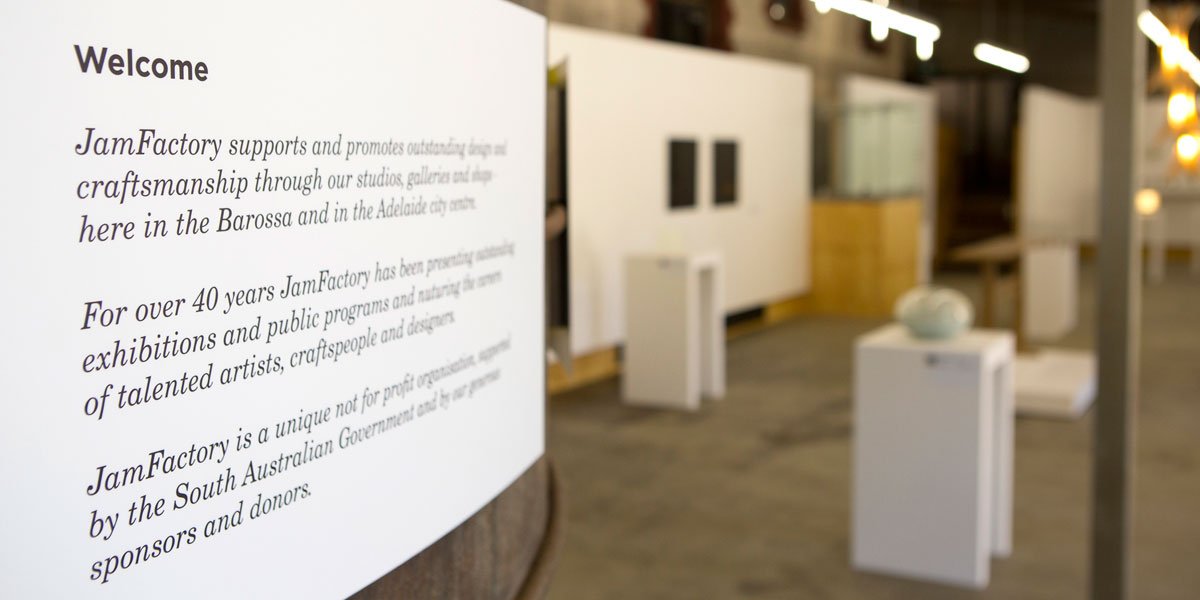 The collaboration between the JamFactory and Seppeltsfield.

Established in 1985 the internationally celebrated Gray Street Workshop is celebrating its 30th anniversary of crafting bespoke wearables, and like the appropriately named Guildhouse, formerly Craft South, they too are diversifying their offerings and presence. These organisations run on next-to-nothing but contribute so much to this micro industry that has the potential to drive our new creative economy.

But there’s more. Carclew, the established South Australian youth arts organisation are the front runners in creative economic development in the north suburbs. Their program “Pom Pom” is a free contemporary art space for children and families in Davoren Park. Their programs are not motivated by an expectation that all young people will become artists, but by the knowledge that creativity will drive and inspire all that they do. Excitement and inspiration can’t be underestimated as key drivers in the social and economic shift that must happen.

What these local success stories underscore is that while traditional industries based on ubiquity (producing the same thing in large numbers) are in decline, creative industries that value the customised are growing and thriving. Furthermore, any art-led economic development plan must be intergenerational, and must engage youth in skill development and creative problem solving in order to stem systemic unemployment.

The creative hub Fontanelle, currently based in the city’s inner west, has plans to expand to Port Adelaide. With galleries and artist studios providing much needed support for emerging and mid-career artists, Fontanelle will seed a new creative industry and complement the great work already happening there by Vital Statistix and others. With all respect for the emergent and vibrant laneway culture, these projects will nurture the enduring vision of artists and mark South Australia as a socially progressive state.

While it does strike me as ironic that the word ‘economic’ has a Greek derivation, the word has, over time, lost its true value. Good management of domestic resources is the true meaning of the word economy, and this was certainly the abiding philosophy of the Greek household that I grew up in.

What underpinned this good household management was the belief that all ideas that lead to a strong economy should be considered.

The creative industries are here and waiting, and will provide excellent returns on investment.

Nick Mitzevich is the director of the Art Gallery of South Australia. He is a regular contributor to InDaily.